Fluffy The Fox is kept as a pet. 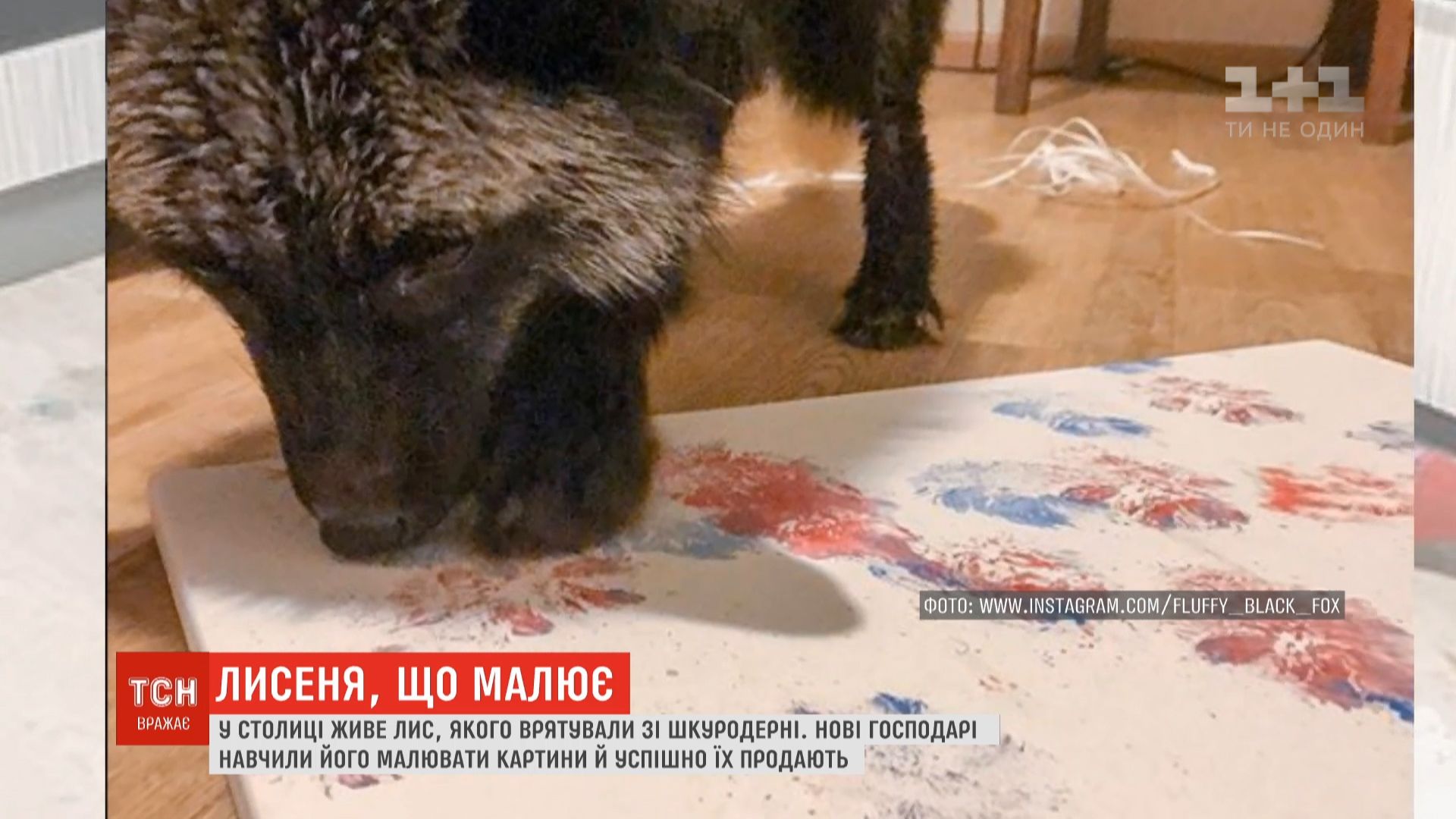 A silver fox saved by a young couple from a fur farm has thanked its new owners – it paints paw-print pictures.

The works are sold at a price of US$500 each, according to the TV news service TSN.

"This art is not for earning money but for raising awareness against killing animals," it said. "A while ago, to save Fluffy, [the owners] Volodymyr and Maryna bought the animal for UAH 3,000 (about US $114) at a fur farm."

"As far as I understand, it was sold for a fur price," Volodymyr told TSN.

Fluffy The Fox is two years old, it is kept as a pet. Its favorite food is cheese and strawberries.

A gallery in Venice invited its paw-print works, but the fox will not see its exhibition.

"It will be very difficult for it perhaps. It doesn't like [travelling] in cars, not to mention flying to Venice," Maryna said.

Now, the owners say, it is easier to reach out to people due to the celebrity fox so that other such animals are not killed for fur.