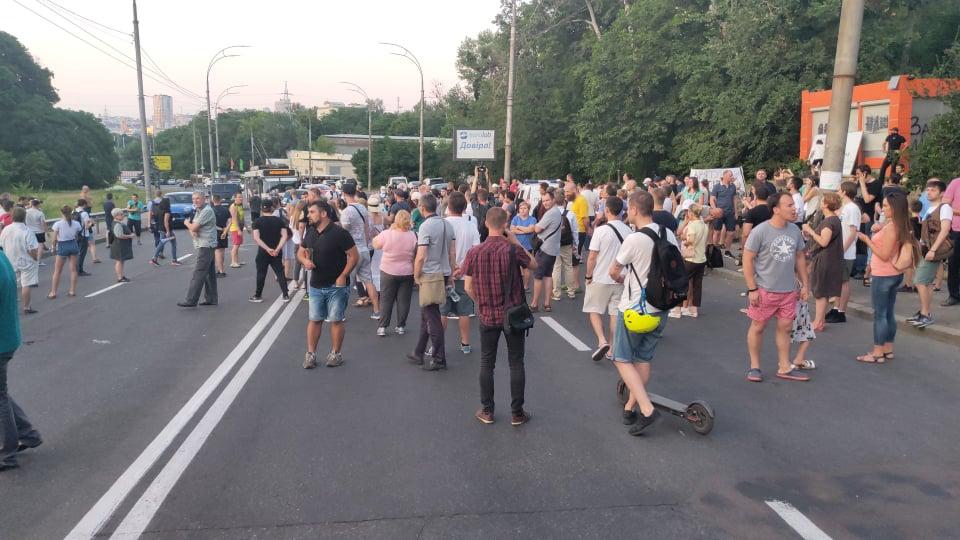 Activists have blocked Protasiv Yar Street in Kyiv in protest against cutting trees in an urban forest where a shopping and office center is planned to be built.

Local residents and activists demolished the fence around the construction site and two huts built by a construction firm for accommodation for the guards of the site in the urban forest between Protasiv Yar Street and Amosova Street, according to an UNIAN correspondent.

Then they came out on the roadway of Protasiv Yar to block traffic. Only trolleybuses and emergency vehicles are allowed.

By Monday evening, the construction firm had cut several dozen trees on the slope of Protasiv Yar in the past three days, being under guard of specially hired titushki (athletic young men hired to protect a construction site). Activists hammered nails into trunks of the trees that have been left to make it impossible to further destroy the green zone.

As UNIAN reported, a plot of land on the slope in the green zone near Amosov Cardiovascular Surgery Institute was leased out to a property developer for five years for maintenance under Leonid Chernovetsky's mayoral tenure. A few years later, the land changed its purpose for the construction of an office and shopping complex and the lease was extended for 10 years. Now the land is leased until 2022 for the construction of an office and shopping center. It covers three hectares and all the three hectares are planned for felling.

If you see a spelling error on our site, select it and press Ctrl+Enter
Tags:Kyivprotestsconstructionforest