The subway construction proceeds on schedule. 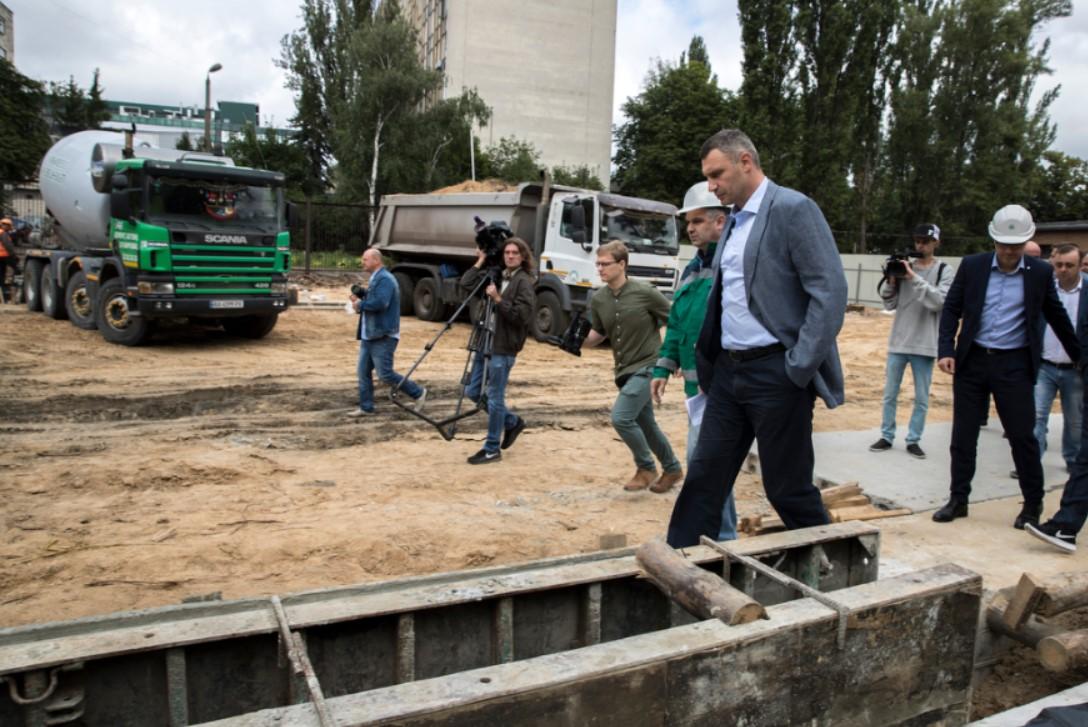 Klitschko at a subway construction site / Photo from kiev.klichko.org

Kyiv Mayor Vitaliy Klitschko has inspected a subway construction site of a subway section that will extend the Syretsko-Pecherska line from the Syrets subway station to the Vynohradar residential area in Kyiv's Podil district.

"We are at the construction site next to the future station Mostytska. Work continues on schedule, and our task in 2021 is to open two new stations towards Vynohradar – Mostytska and Prospekt Pravdy," Klitschko said.

"The subway for Vynohradar is one of our priority infrastructure projects. Residents of Vynohradar have been waiting for this event for a long time," he added.

According to the mayor, a tunnel between the Syrets and Mostytska stations will be built underground. And there will be an open-air link between Mostytska and Prospekt Pravdy. The tunnel at a depth of 18 meters will be two-tier, unlike all other metro stations. This design is associated with the characteristics of the infrastructure of the area.

According to the chief engineer of the subway construction project, Yevhen Shataykin, the shield for the construction of the tunnel between Syrets and Mostytska is located at the KyivMetroBud company's base, and its assembly at the construction site will begin in early autumn. Preparatory construction work is currently under way at the site.

"Work to set the main line tunnel between the Mostytska and Syrets stations will begin by the end of the year," Shataykin said.

This section is 1.3 km long. The diameter of the shield is six meters.

Passenger traffic at the new stations is expected to reach 34,000 passengers per hour. The total estimated cost of the construction of the two stations exceeds UAH 6 billion, or US$233 million.

The length of the subway section for two new stations is 3.7 kilometers.

If you see a spelling error on our site, select it and press Ctrl+Enter
Tags:KyivKlitschkometrosubwayMetropoliten