Zelensky is not supposed to take part in this informal event. 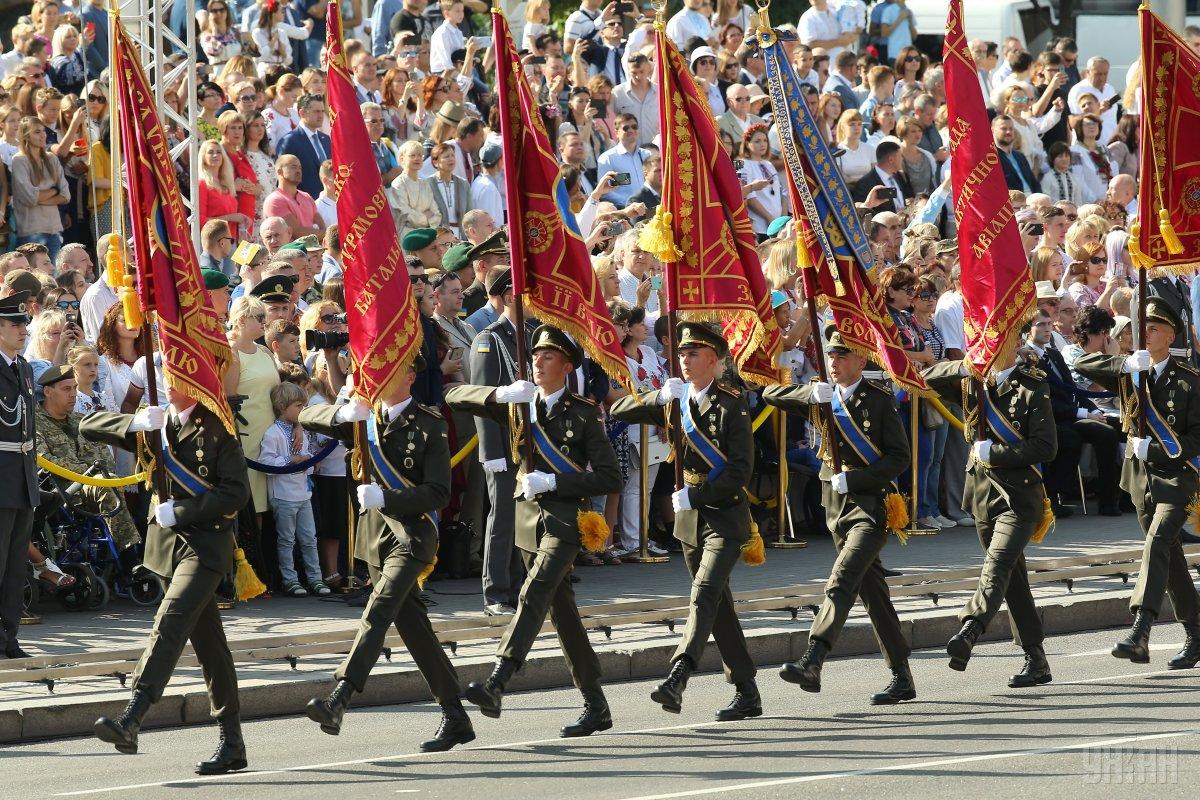 Donbas war veterans who participated in the Anti-Terrorist Operation (ATO) and the Joint Forces Operation (JFO) to counter Russian aggression in the east of Ukraine will hold their own march in Kyiv's center on Independence Day, August 24.

The march will be held in addition to the official March of Dignity due to be held on the same day.

This was agreement reached at a meeting between war veterans' organizations and deputy head of the Office of the President Kyrylo Tymoshenko, activist and March of Defenders organizer Andrii Medvedko said on Facebook on August 1.

The meeting was also attended by representatives of the Armed Forces of Ukraine, Culture Minister Yevhen Nyshchuk, Youth and Sports Minister Ihor Zhdanov, and Minister for Veteran Affairs Iryna Friz.

"We considered issues related to Independence Day events. The result suited both sides. There will be two marches. We agreed on joint coordination so as not to cause inconvenience to each other," the activist said.

Thus, on August 24, two processions in different periods will take place on Kyiv's Khreshchatyk Street: there will be the official March of Dignity, which is to be managed by the country's leaders, and the informal March of Defenders. The latter is to be organized by war veterans' unions, volunteers and families of soldiers killed in the war.

Neither President Volodymyr Zelensky nor former President Petro Poroshenko or government officials will be present at the veterans' event, the organizer of the informal march said. There should not be any party flags too, he said.

Medvedko noted that the authorities had backed the idea of letting ATO and JFO veterans hold their own march.

As UNIAN reported earlier, President Zelensky said the Independence Day parade should be cancelled this year and UAH 300 million, or US$11.8 million, which was originally earmarked for the August 24 military parade, should be spent on the payment of bonuses to the Ukrainian military.

The president is scheduled to address the nation on Independence Day. A grand concert will be held in the center of Kyiv later on the day.

If you see a spelling error on our site, select it and press Ctrl+Enter
Tags:DonbasKyivmilitaryindependencedayveteransZelensky