It replaced a monument to Lenin in the center of Kyiv on September 27, 2018. 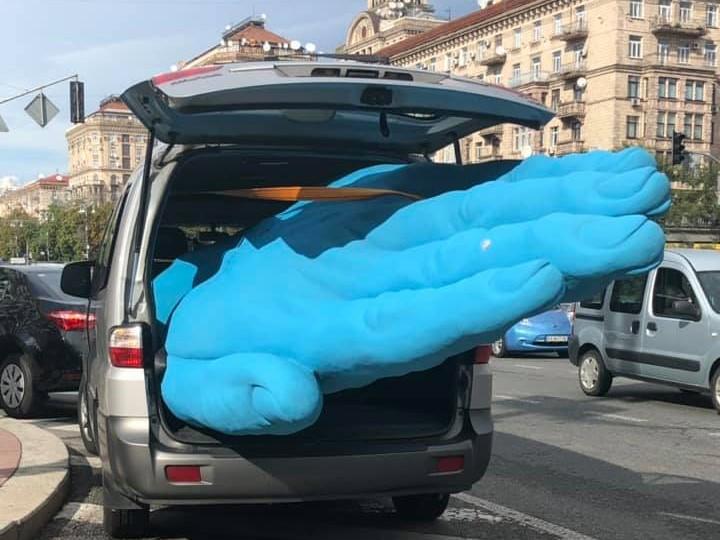 A Middle Way art object in the form of a giant blue hand has been dismantled and withdrawn from Shevchenko Boulevard in downtown Kyiv.

"I don't know what about you, but I'm happy this sham [of art] has been removed from the center of the capital! Hasta la vista, baby! I have just taken a picture of it!" lawyer Igor Yasko wrote on Facebook on August 8, posting a photo of the blue hand being taken out in a truck.

The Kyiv Informator media outlet reported, citing Kyiv City State Administration, that the installation had been dismantled for good. The art object was removed after its term had expired. Initially, the installation of the blue hand was announced as temporary.

As UNIAN reported, the blue hand replaced a monument to Vladimir Lenin on September 27, 2018.

The object was created by Romanian sculptor Bogdan Rață. It was installed at the request of the Embassy of Romania in Ukraine and the "Moving Monuments" project. According to the creator, the hand symbolizes friendship and communication.

If you see a spelling error on our site, select it and press Ctrl+Enter
Tags:UkraineKyivmonumentartremovalinstallation