Workers of Ukraine's Emergency Service are engaged in an operation to recover the victims' bodies. 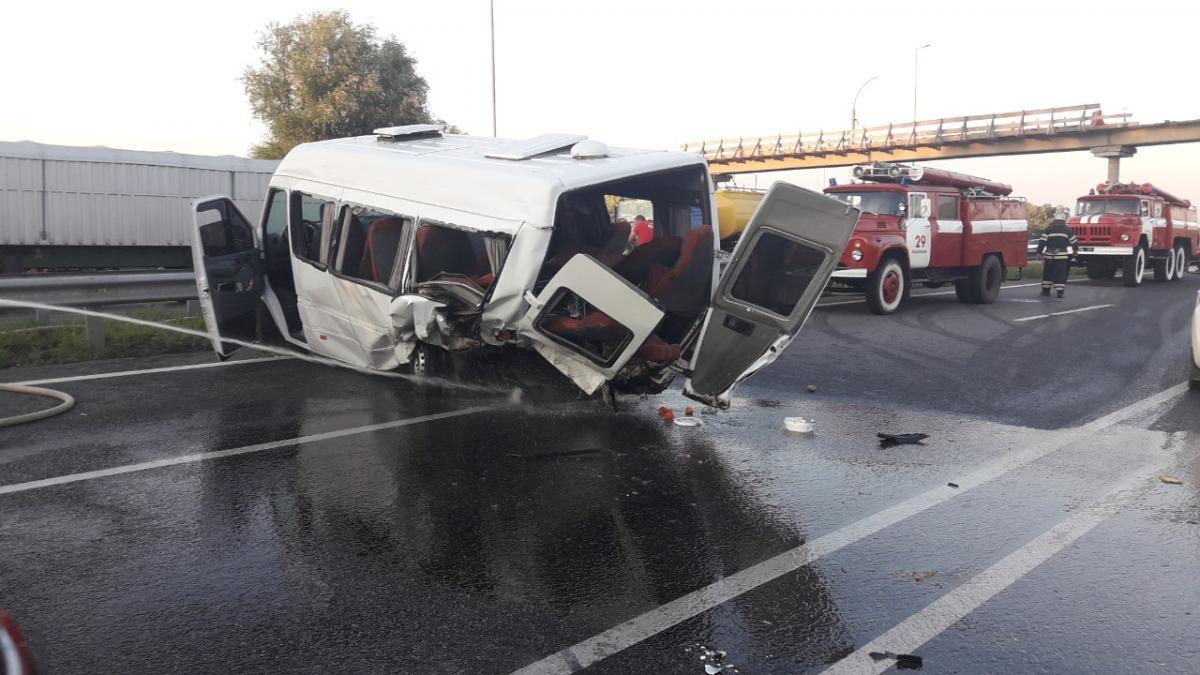 A car and a minibus collided on Sunday evening / Photo from dsns.gov.ua

Two people were killed and another 13 were injured when a Volkswagen passenger car collided with a minibus in Kyiv region on August 11.

"At about 19:00 Kyiv time on August 11, there was a collision of a passenger car and a minibus near the village of Hlevakha, Vasylkiv district. Two people were killed and 13 people were injured in the accident. State Emergencies Service workers are engaged in an operation to recover the bodies. Eight workers and two pieces of equipment of the State Emergency Service are involved," the service said in a statement.

As Kyiv Operativ said on Twitter, the accident occurred near a place where traffic lights have recently been installed.

If you see a spelling error on our site, select it and press Ctrl+Enter
Tags:accidentKyivroads