The reconstruction of the park was launched in 2017. 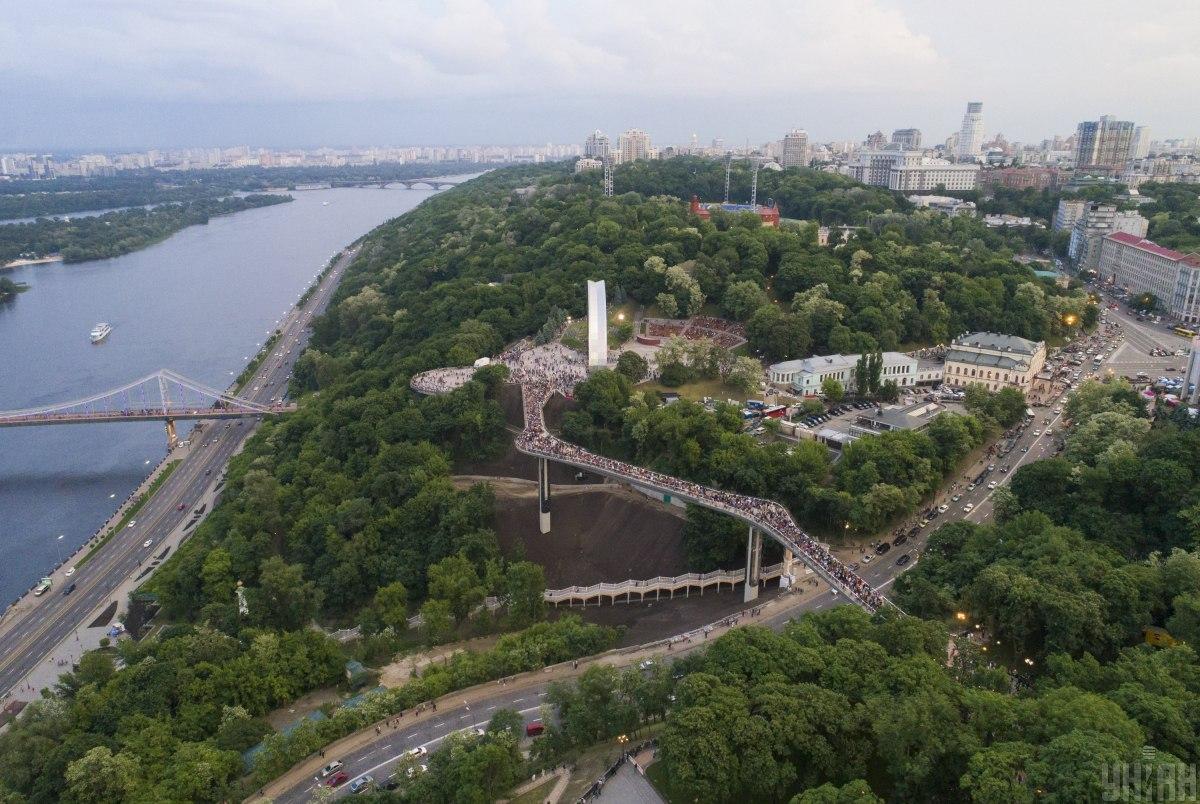 Kyiv Mayor Vitaliy Klitschko has said the second stage of the reconstruction of Kyiv's Volodymyrska Hill Park will be completed this fall.

"The work on the construction of a new set of stairs leading from the St. Andrew's Church to the Alley of Artists and Volodymyrska Hill Park is underway. The stairs will be reinforced concrete with overlays of wood on the steps, with lighting on the railing," he wrote on Facebook.

"We plan to present both locations, namely new stairs from the St. Andrew's Church and the second stage of the Volodymyrska Hill, in early fall," the mayor said.

As UNIAN reported earlier, the reconstruction of the park was launched in 2017.

The Volodymyrska Hill Park was founded in the 19th century and is a monument of garden art. The last reconstruction was carried out for the Summer Olympics in 1980.

If you see a spelling error on our site, select it and press Ctrl+Enter
Tags:KyivKlitschkoreconstructionpark