At the meeting, the parties spoke about the importance of pursuing decentralization reform and strengthening local government. 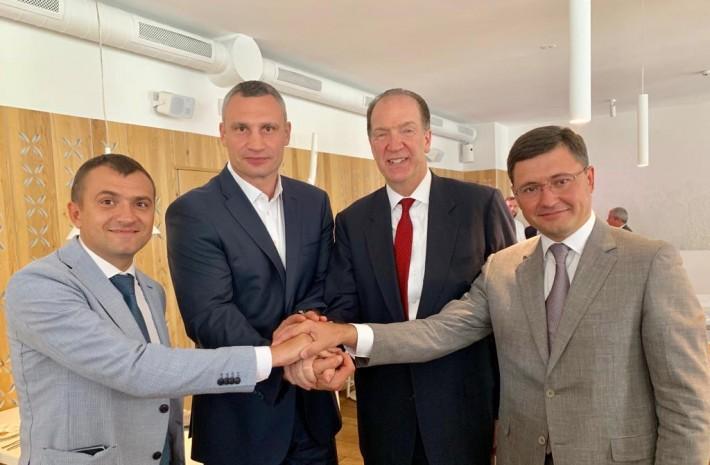 The meeting was also attended by mayors of Mariupol and Khmelnytsky, Vadym Boychenko and Oleksandr Simchyshyn.

At the meeting, the parties spoke about the importance of pursuing decentralization reform and strengthening local government.

"We also discussed further transformations for the sake of the financial ability of Ukrainian cities and towns, other reforms that are required today in our localities," Klitschko said. "This is about setting up municipal police. This also includes the influence of city authorities, for example, on the appointment of heads of districts in the capital. Because we have the president appoint them, while the Kyiv mayor is not only unable to dismiss a head of district, he even cannot reprimand them until this has been approved with the president!" emphasized Vitali Klitschko.

The mayor noted that the parties talked about the prospects of cooperation with international financial institutions in raising funds under municipal guarantees for the construction of transport infrastructure facilities, waste processing plants, and others objects, important for all Ukrainian cities.

If you see a spelling error on our site, select it and press Ctrl+Enter
Tags:KyivKlitschkoWorldBankpresidentmayor