The 20 first-year students have formed a new, separate class at the school, and will be known as the First Platoon of the First Squadron. 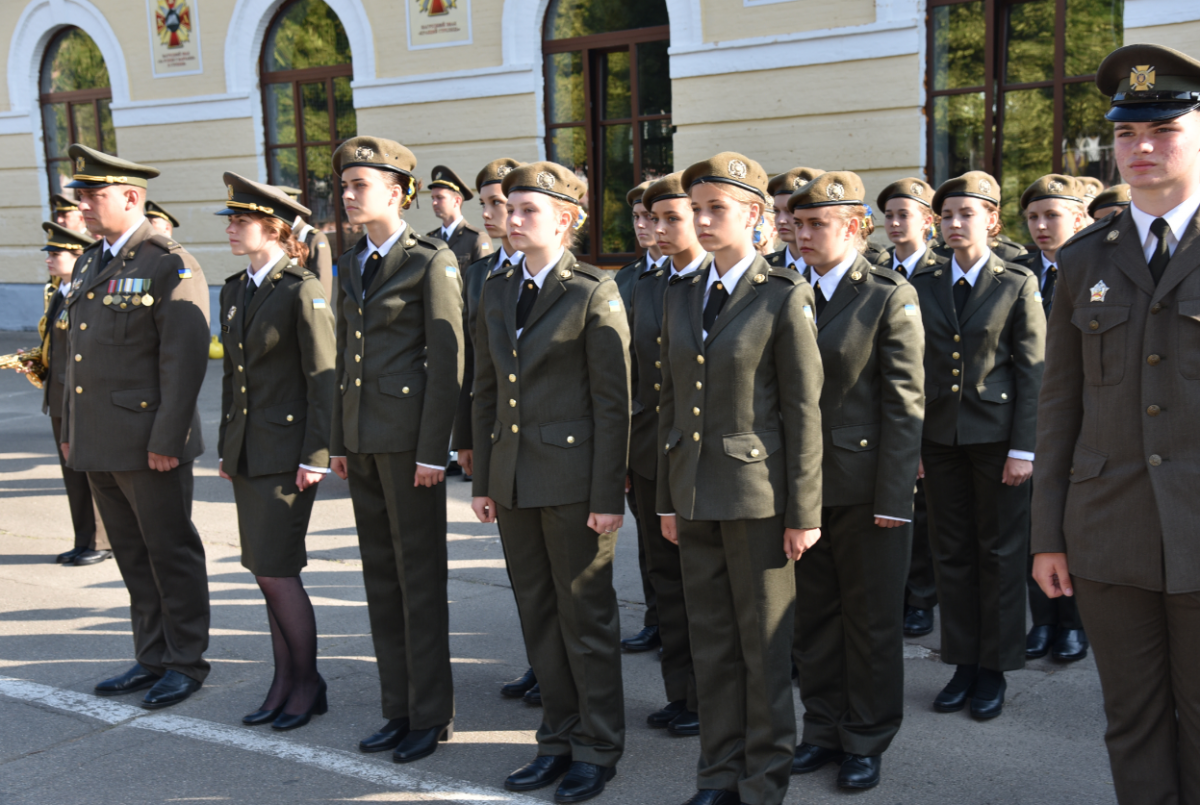 Teenager Lina Nazipova has always dreamed of following in her parents' footsteps. This week she is getting her chance.

Nazipova is one of 20 young women who started classes on September 2 at Kyiv's prestigious Ivan Bohun Military High School, the first female freshmen in the school's history.

"My dream is to be an army helicopter pilot like my father and grandfather," she told RFE/RL ahead of the first day of classes, adding that her mother was also an officer in the armed forces.

The 20 first-year students have formed a new, separate class at the school, and will be known as the First Platoon of the First Squadron.

But the differences with their classmates stop there.

Major General Ihor Hordiychuk, the institution's principal, says the admissions standards for the school's 300 students were identical for both sexes and based solely on their strength, agility, endurance, psychological readiness, and motivation.

"For the first time in school history, girls will be trained here who, during their entrance examinations, won the opportunity to wear the high rank of lyceum student of the Ivan Bohun Military Lyceum," he says.

"If this ends up being a good year, then we can justify proposals to [the school's] leadership and increase their number," Hordiychuk told Hromadske, a Ukrainian news site.

The school's main building is in a tsarist-era structure that was built in 1914-16 and which first housed an engineering school. It currently has landmark status in the city.

As of January, 8 percent of all soldiers who serve in the Joint Forces Operation against Moscow-backed separatists in eastern Ukraine were women, the military has said. Four percent of them were senior officers.

About 10 percent of all service personnel in the armed forces are women, about the same percentage as in NATO countries, the Defense Ministry says.

Though highly motivated, Yulia Mykytenko, platoon commander and educational supervisor for the incoming female class, says the students are likely in for a rude awakening.

"Do all 20 of them understand what they have got themselves into? Of course not," she said.

"There will be girls who will probably say, 'Sorry, I wasn't prepared for this.' And no one will blame them because the army is something very hard. But at the same time, these girls have enrolled in the lyceum after dreaming their whole lives of becoming soldiers. They are motivated. They know what they want."

Apolinaria Ivanova, 15, drew her motivation from personal experience and a camp she attended where war veterans spoke.

Ivanova was forced to move from the city of Severodonetsk in the Luhansk region after fighting broke out in 2014 between Russia-backed separatists and Ukrainian soldiers.

Her family was split by the conflict, as her mother stayed to care for elderly relatives while Ivanova, her sister, and her father moved to the safety of Kyiv.

"I decided to become a soldier when I was 11. My parents supported me in this. They started to send me to patriotic camps. We learned combat tactics and how to disassemble and reassemble a machine gun," she said.

"This helped me to make a decision about my future military specialization: I want to be a reconnaissance specialist! I will join the ground forces and plan to prove through my own example that girls too can be combat commanders," she said.