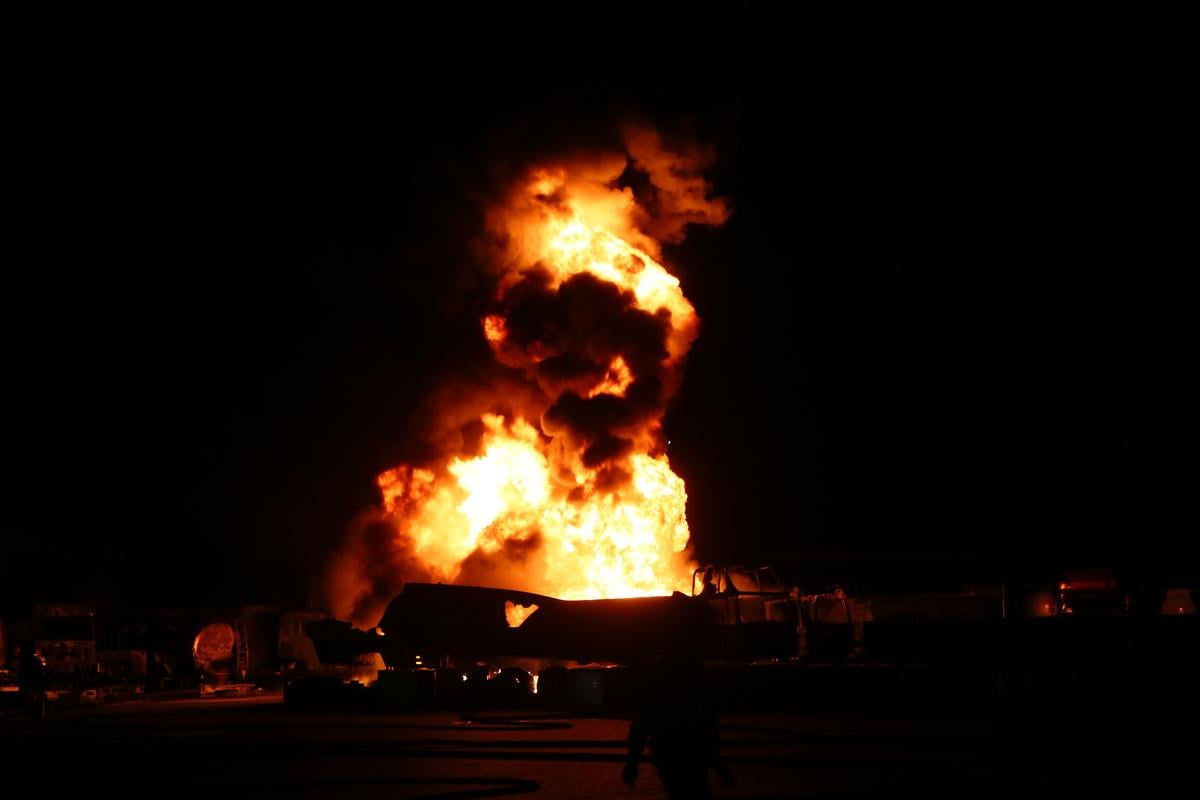 The area affected by the fire and fuel spillage is 500 square meters, according to an update posted by Kyiv City Administration's Civil Protection Department on Facebook on September 22.

Ninety workers and 18 units of equipment of the State Emergency Service of Ukraine, two firefighting trains, and an emergency response team of Kyiv's municipal rescue service were engaged in the fire extinguishing operation.

A maneuvering locomotive was used to pull six tanker trailers from the epicenter of the fire at a safe distance.