About 2,000 "No Surrender!" protesters gather outside President's Office in Kyiv (Photo, video) 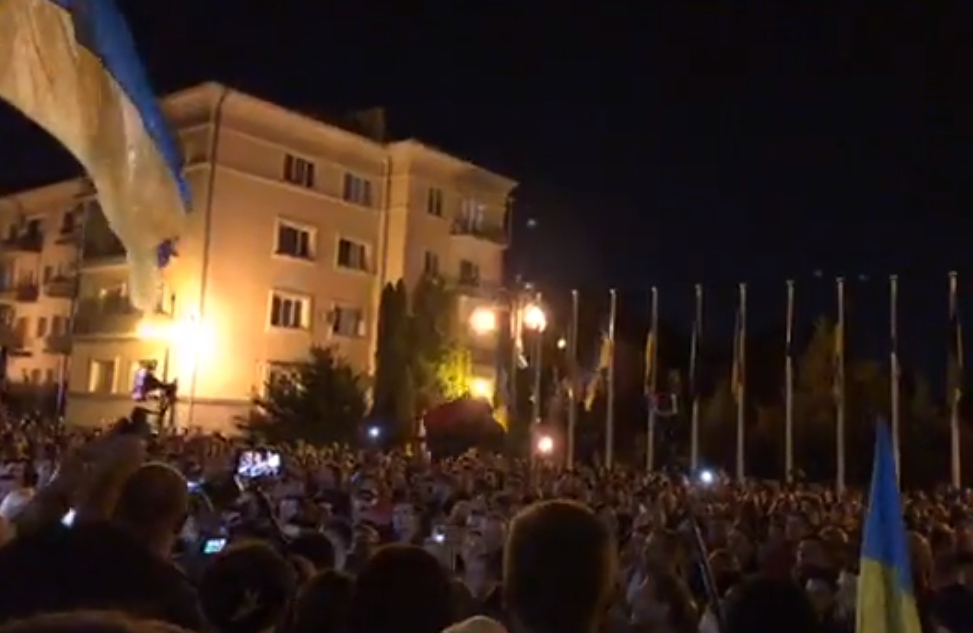 The "No Surrender!" rally held in Kyiv on Oct 2 / Screenshot

About 2,000 people have gathered outside the building of the President's Office in Kyiv as part of a rally under the slogan "No Surrender!"

Participants in the rally moved from Kyiv's Maidan Nezalezhnosti, or Independence Square, an initial meeting point, to Bankova Street, close to the entrance of the President's Office, according to an UNIAN correspondent.

They protest against the so-called "Steinmeier formula," as they consider it a betrayal of Ukraine's national interests in the war waged by the Russian Federation in Donbas.

The formula is named after Frank-Walter Steinmeier, the then foreign minister of Germany, who is now its president. In 2016, he proposed a simplified version of a peace plan for eastern Ukraine through holding local elections in Russia-occupied districts. And if the OSCE recognizes them free and fair, then a special self-governing status for the territories will be initiated, which will enable Ukraine to retake its eastern border with Russia. The approval of the "Steinmeier formula" has received a mixed reaction in Ukraine, as there may still be ample room for disagreement on the sequence of steps each side must take.

The correspondent says no leaders are seen at the October 2 rally. Protesters are shouting the slogans "ZElya – Go Away!" "No surrender!" "To Rostov" (the Russian city to where ex-President Viktor Yanukovych fled amid the Revolution of Dignity early in 2014). They are also singing the national anthem of Ukraine.

The situation is calm, several law enforcement officers are on the street, but the are more security officers inside than outside the Office. 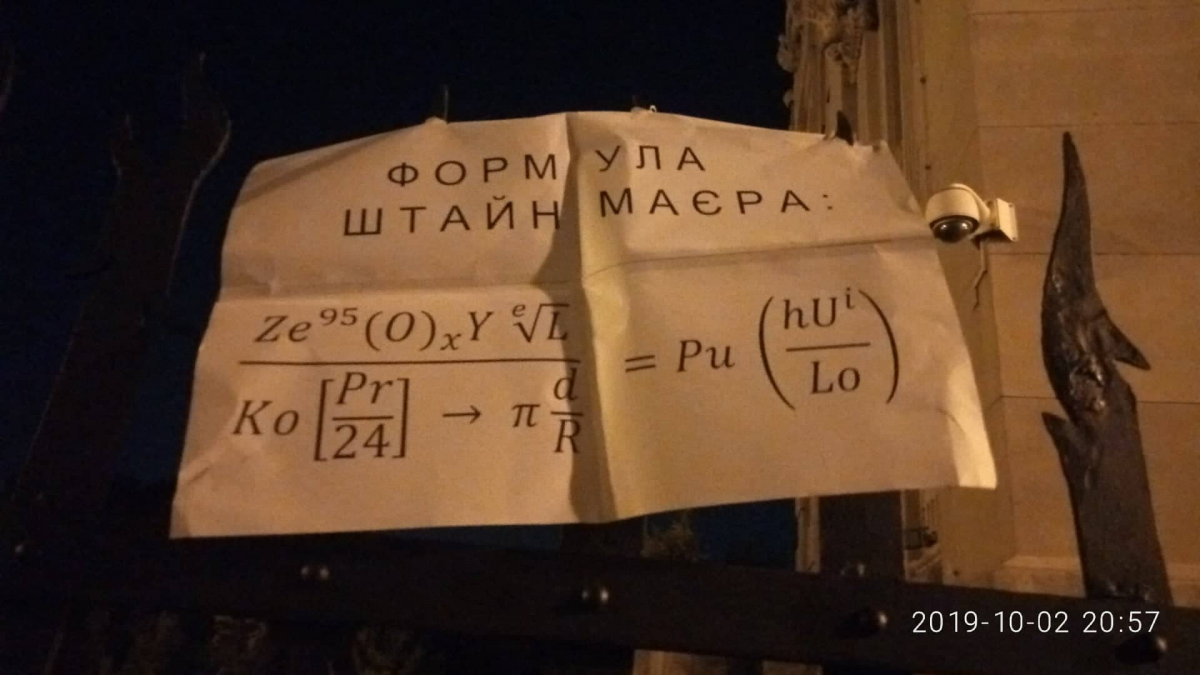 Protesters are mocking the Steinmeier formula / Photo from UNIAN 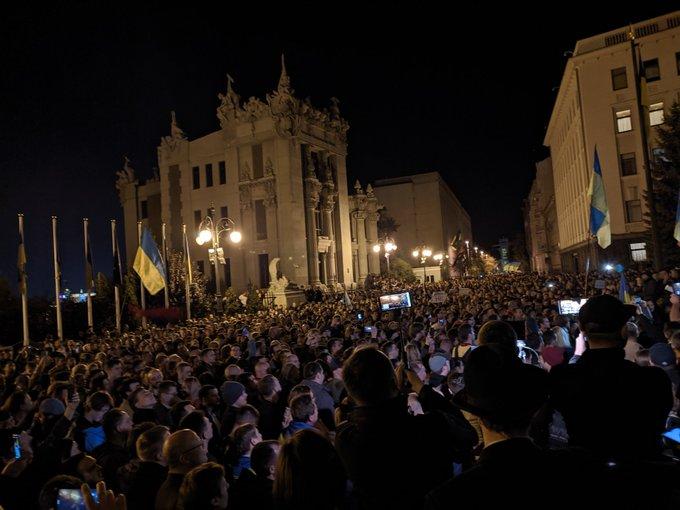 A rally on Bankova Street / twitter.com/impolite_sirius
If you see a spelling error on our site, select it and press Ctrl+Enter
Tags:KyivprotestrallySteinmeier