Ukraine's Dnipro football team in their first ever European semi-final 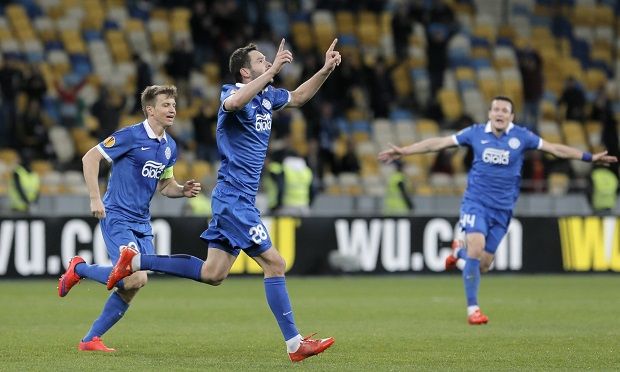 The other Ukrainian team, Dynamo Kyiv, didn't manage into the UEFA Europa League semi-final, having missed two goals from the Italians in Florence, Italy, on Thursday: Fiorentina 2-0 Dynamo (agg 3-1).

"Sevilla, Napoli, Fiorentina and Dnipro all went through the Europa League semi-finals, though Zenit were unlucky to be knocked out after a pulsating tie in Saint Petersburg," a freelance British journalist working for Guardian Sport Tom Bryant wrote in The Guardian on Thursday night.

The draw for the UEFA Europa League semi-final is scheduled for Friday when the four clubs from three countries with Ukraine in Spain's and Italy's league, will learn their opponents.