The hot-water pipes burst at the same spot they had exactly 12 months earlier. 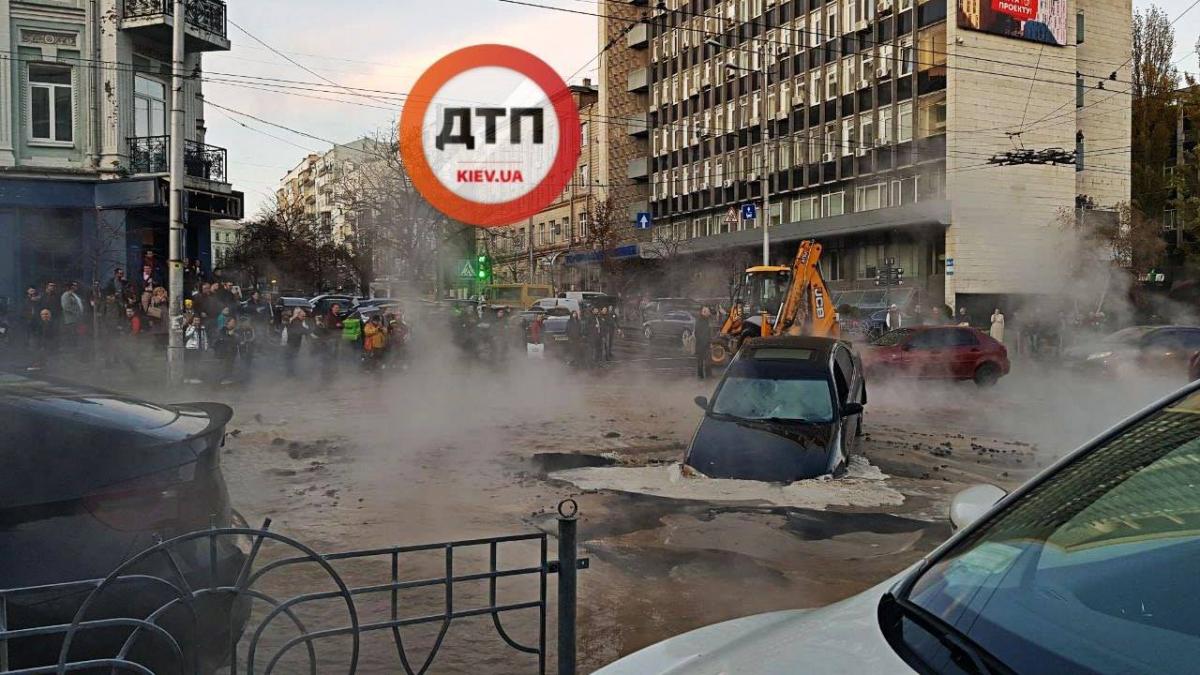 Two drivers were lucky to escape unharmed as their vehicles got stuck in sinkholes as a mixture of boiling hot water and mud burst from underneath a melting asphalt as a result of a 700mm utility pipeline damage.

Both cars stopped short of fully plunging down the holes, as seen in multiple videos local media outlets posted from the scene at the corner of Shota Rustaveli and Saksahanskoho streets, just a block away from the city's main football stadium Olympiyskiy.

The incident led to a massive traffic jam in the area.

Municipal authorities have already rerouted city transport running through the area while patrol police are working at and around the scene to ensure safety of drivers and pedestrians.

In November 2018, the pipe burst at the same location, also causing damage to a vehicle.

The works to restore the damaged pipe then took several days.

If you see a spelling error on our site, select it and press Ctrl+Enter
Tags:Kyivincidenttrafficsinkhole