Ukraine's Dnipro football team in their first ever European final 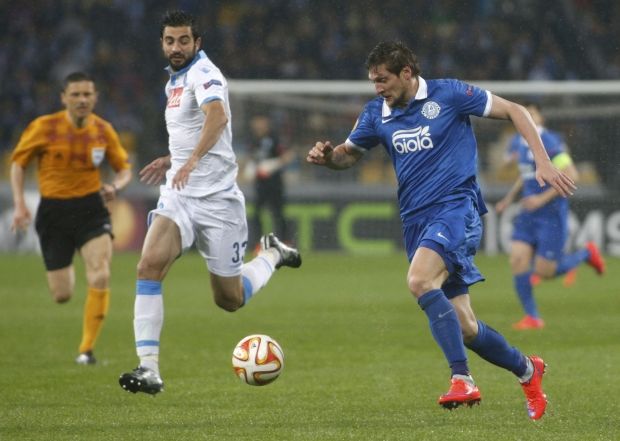 On Thursday evening, Kyiv's Olimpiyskiy Stadium was hosting a semi-final return match of the UEFA Europa League between Ukraine's Dnipropetrovsk-based Dnipro football team and Italy's Napoli, which ended with the Ukrainians' 1-0 win over the Italians, letting the Ukrainian team reach their first ever European final.

"The Ukrainian side's striker Yevhen Seleznyov headed home the only goal of the night to end Napoli's 10-game unbeaten run in the competition and seal a 2-1 aggregate win," BBC Sport reported.

"Dnipro, playing their 18th European match of the season, broke through in the 58th minute when Yevhen Konoplyanka floated over a cross from the left and Seleznyov, despite grappling with Miguel Britos, managed to head the ball into the net," Brian Homewood commented on the game on dailymail.co.uk.

Dnipro will play holders Sevilla in the final of the Europa League in Warsaw on May 27 after the Spaniards beat Fiorentina 2-0 away to wrap up a 5-0 aggregate triumph.