About 8,000 people took part in the Red Lines rally alone. 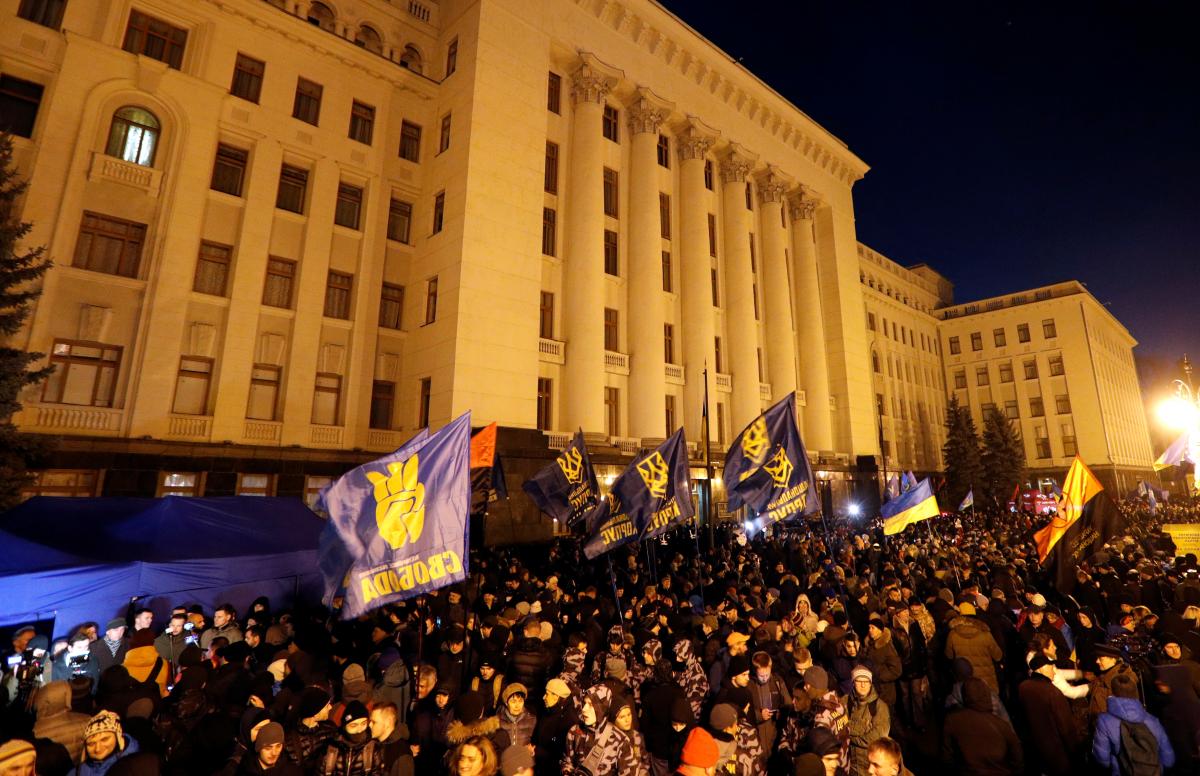 A rally outside Zelensky's office / REUTERS

Kyiv's police have reported that rallies held in the capital of Ukraine on Sunday, December 8, have already gathered 10,000 people.

About 8,000 people took part in the [Don't Cross the] Red Lines rally alone, which was held on the city's Independence Square (Maidan Nezalezhnosti), the Kyiv police's media liaison office said. 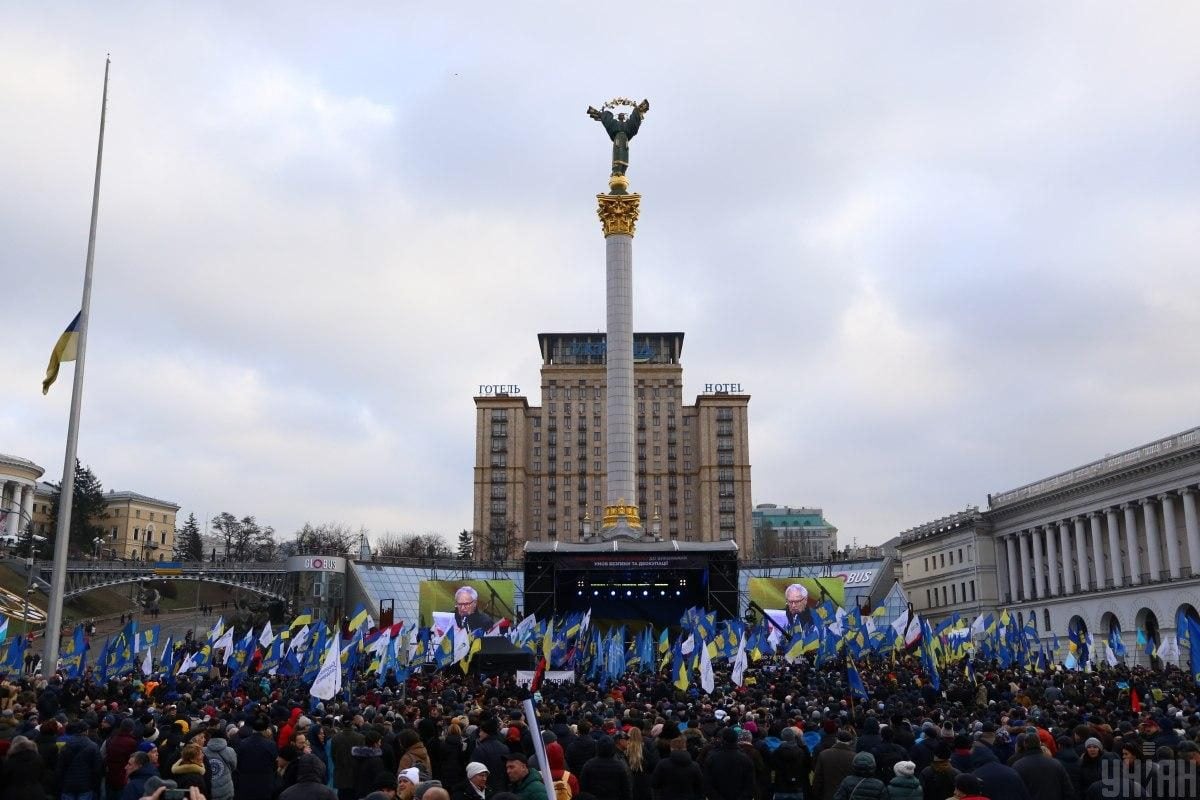 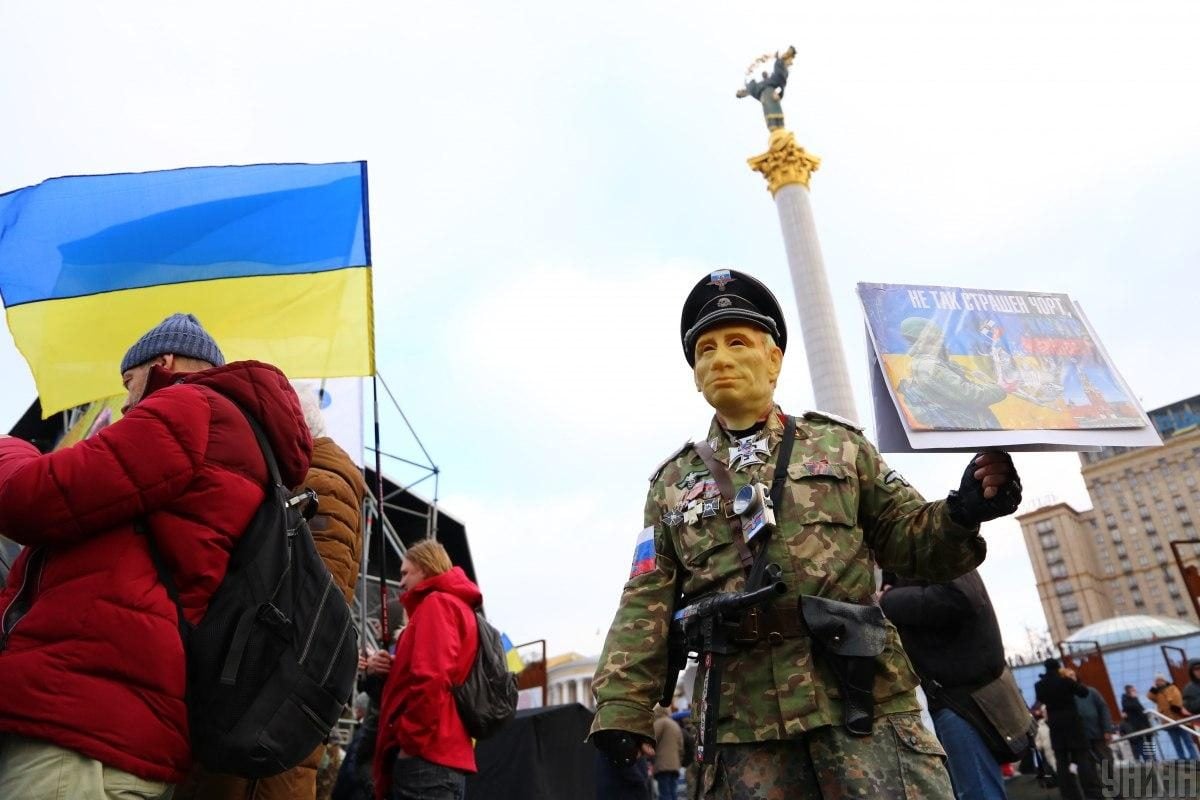 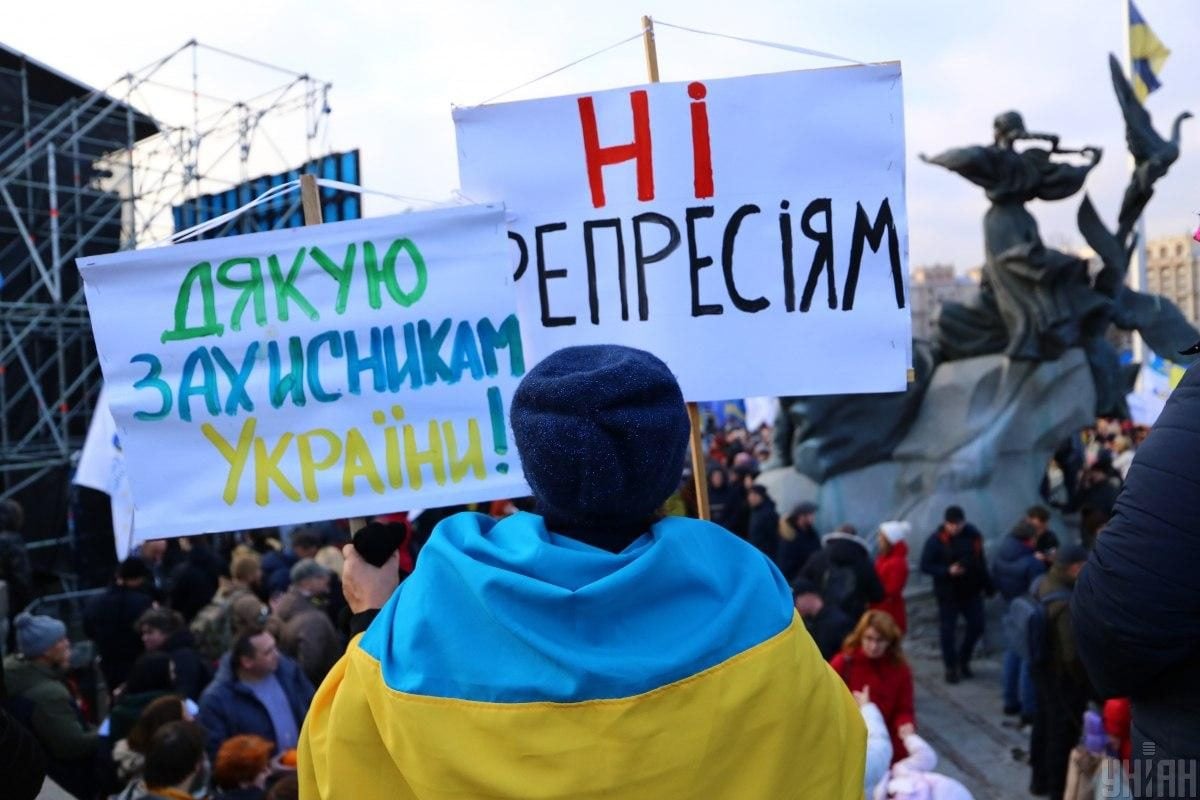 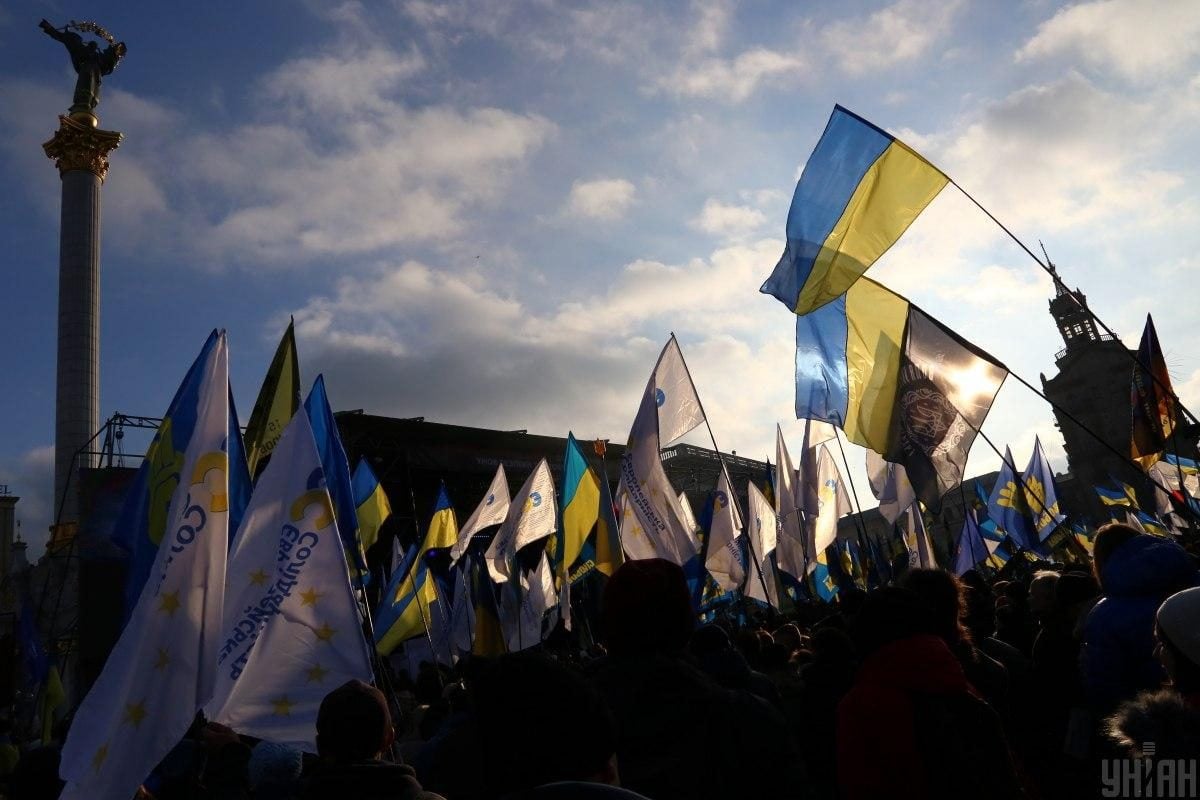 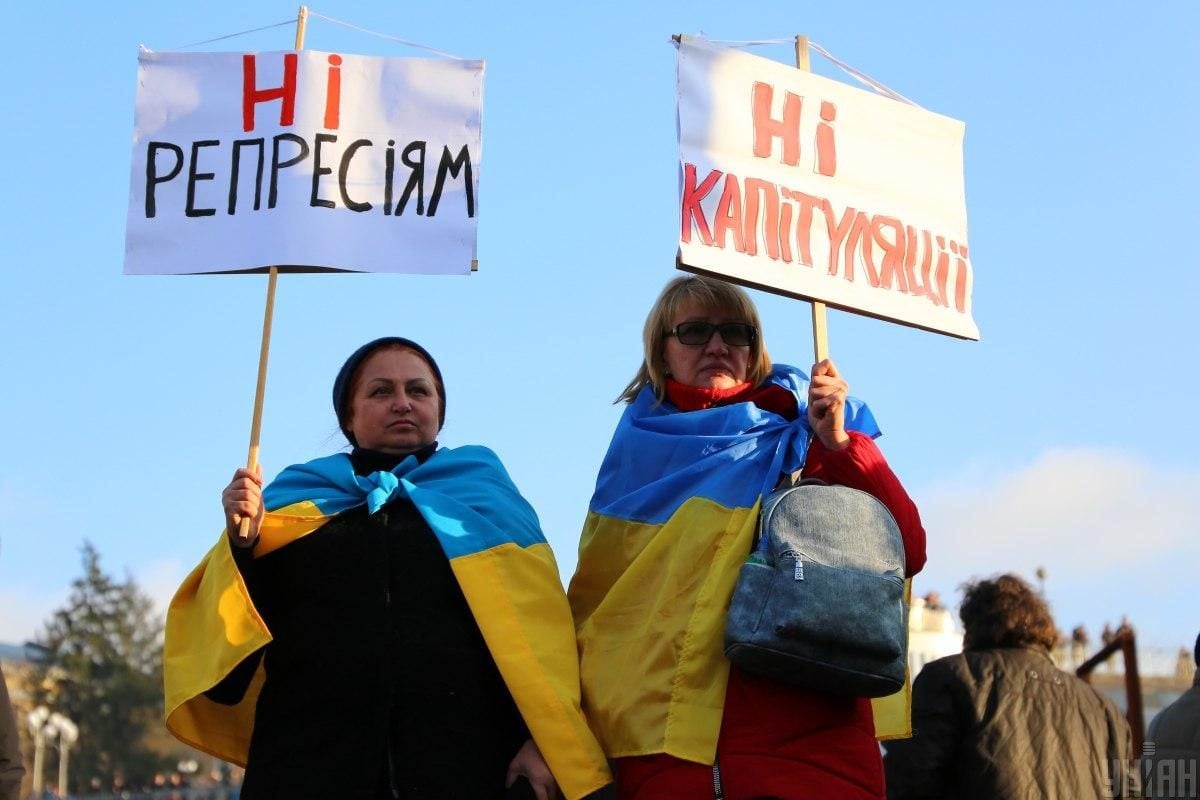 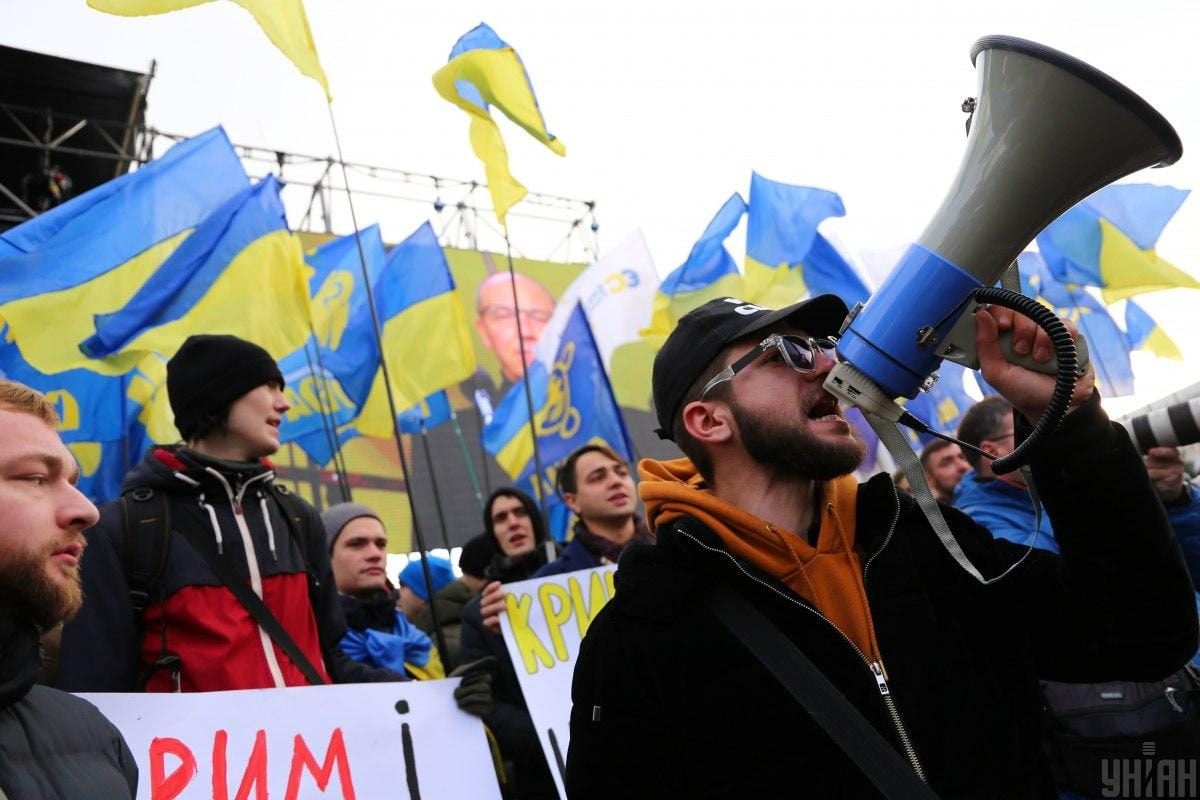 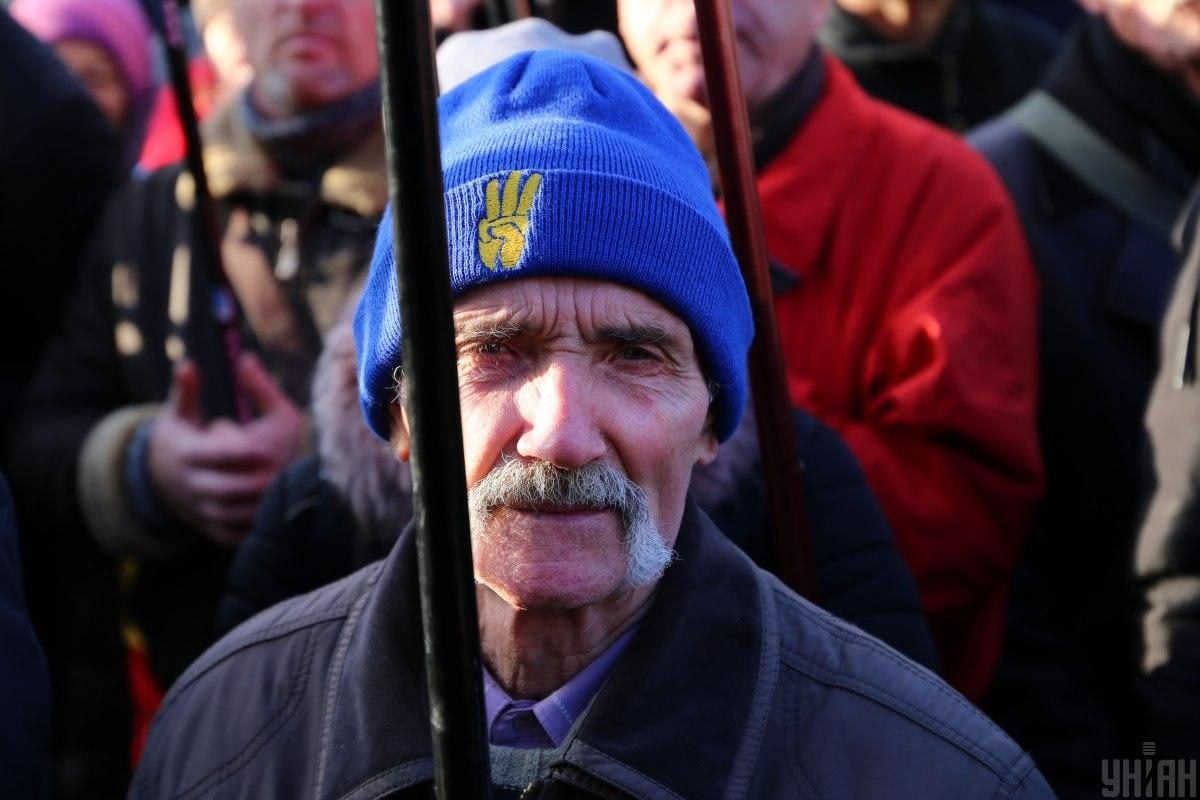 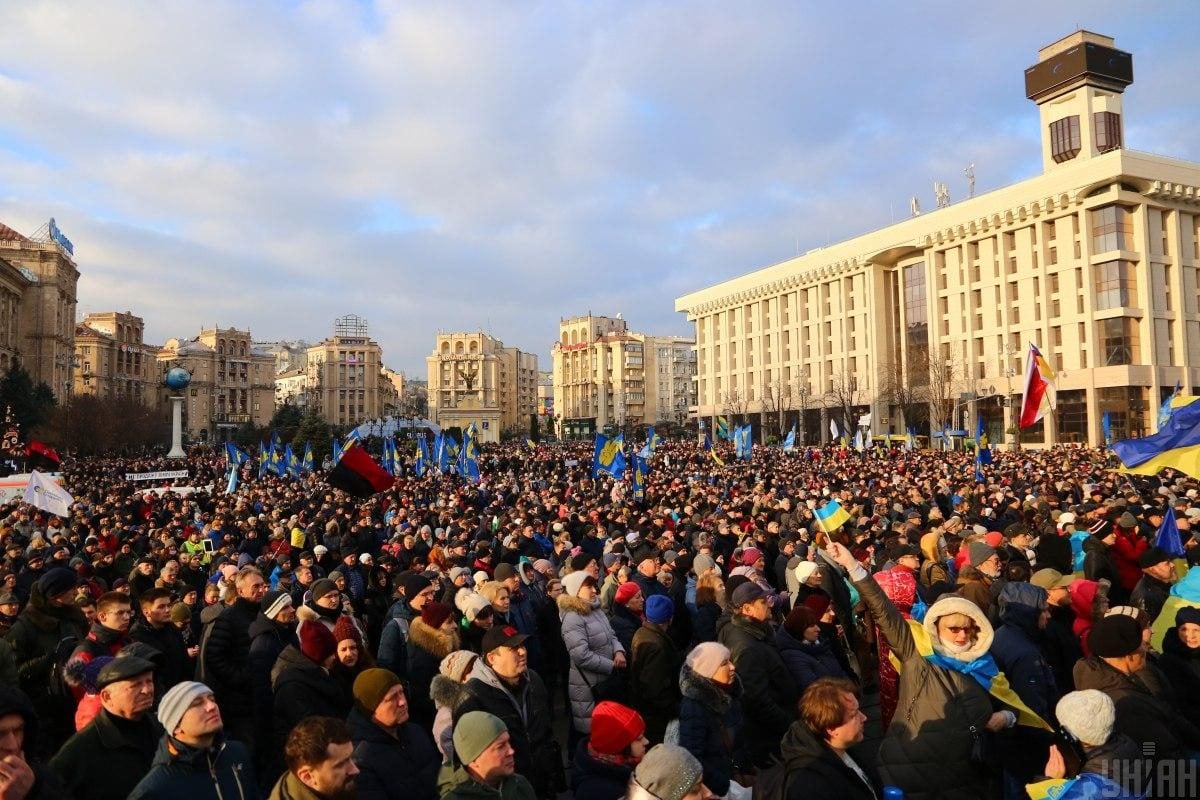 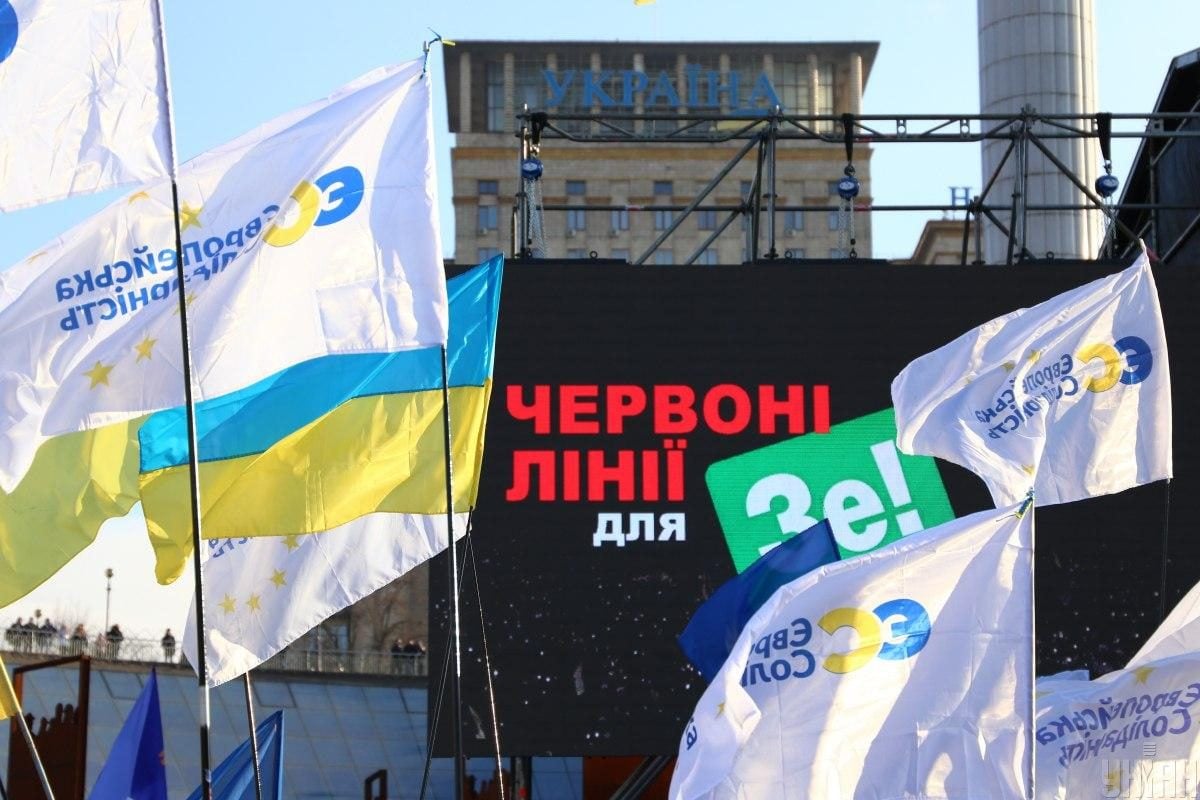 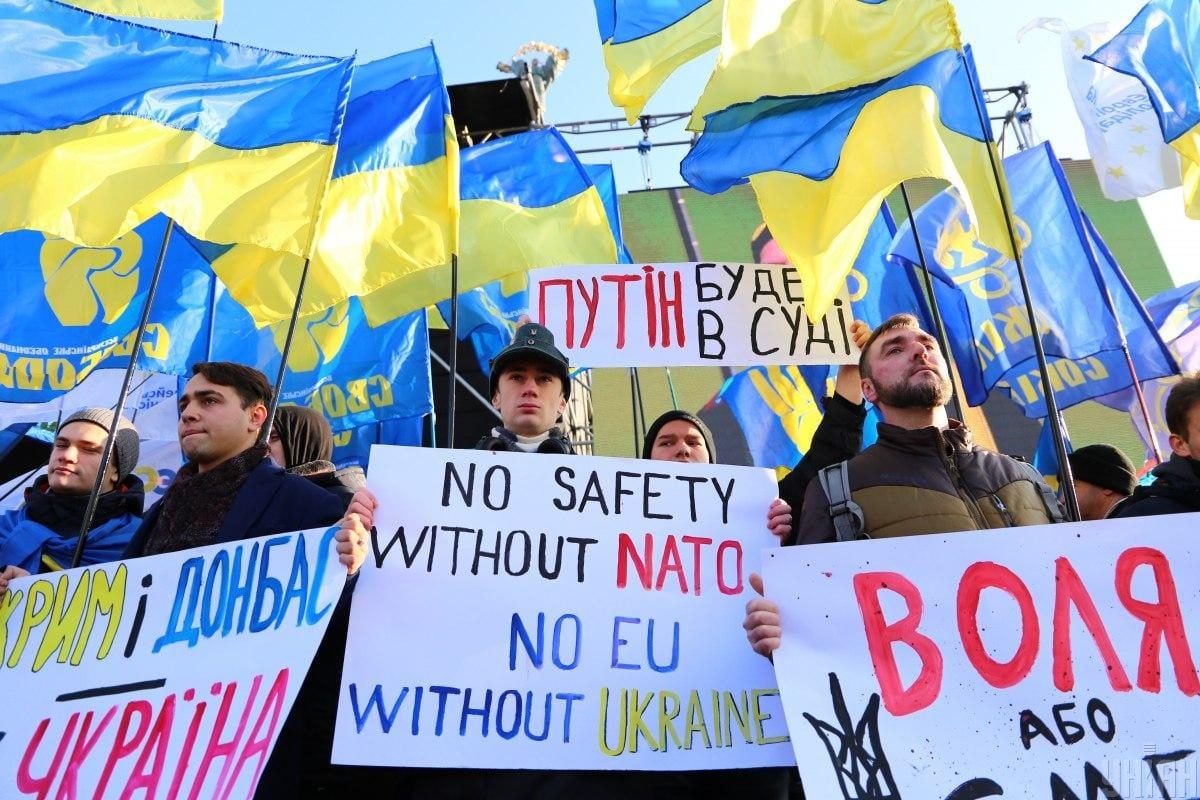 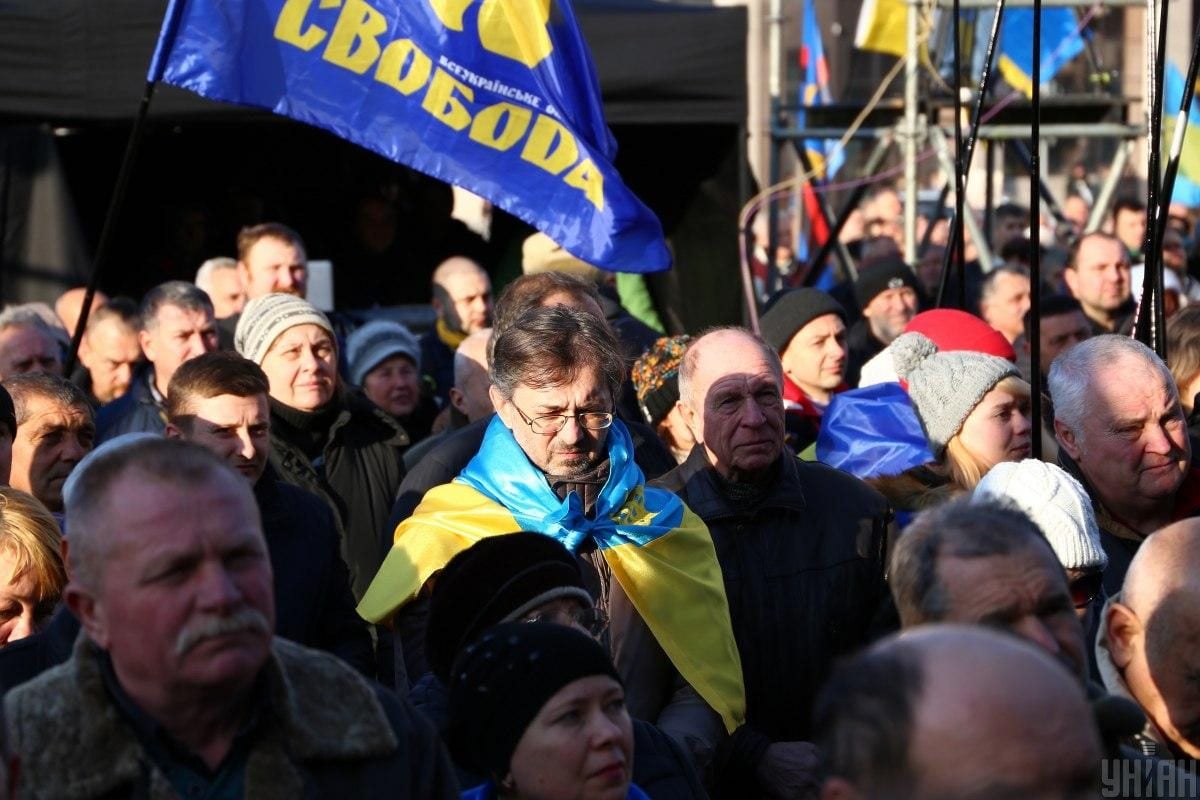 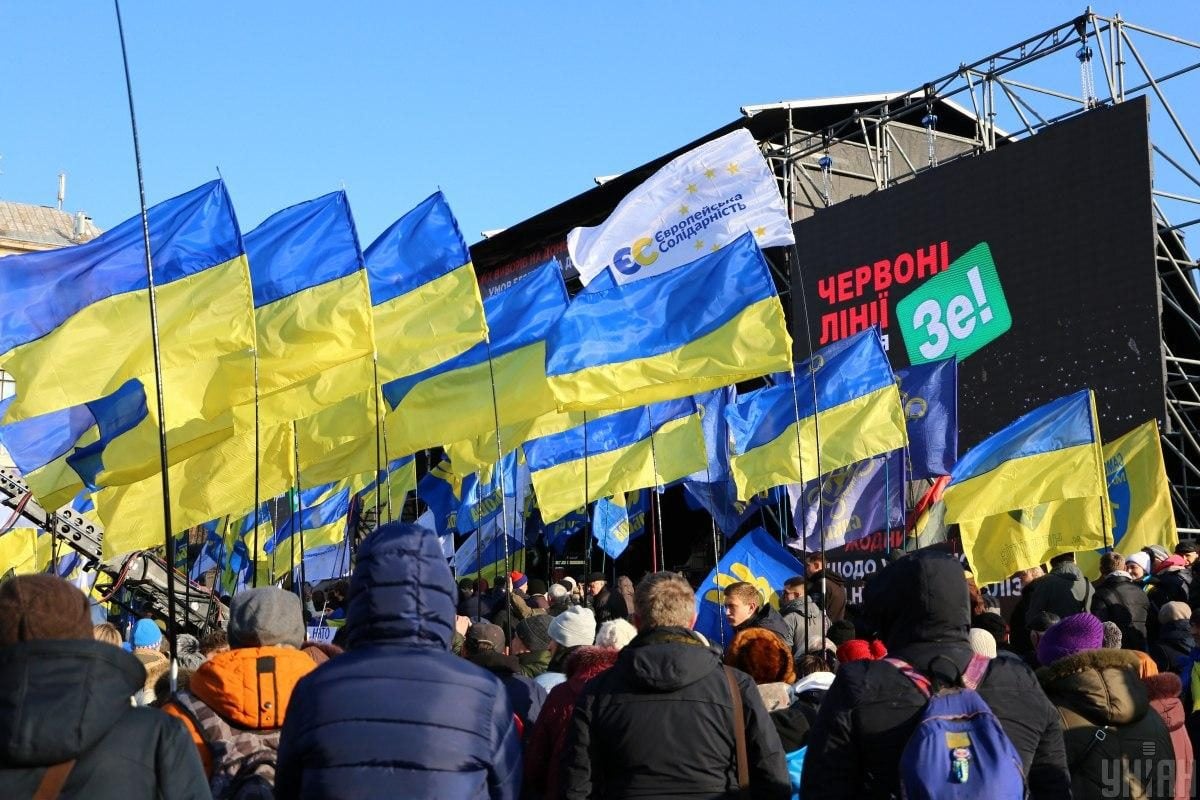 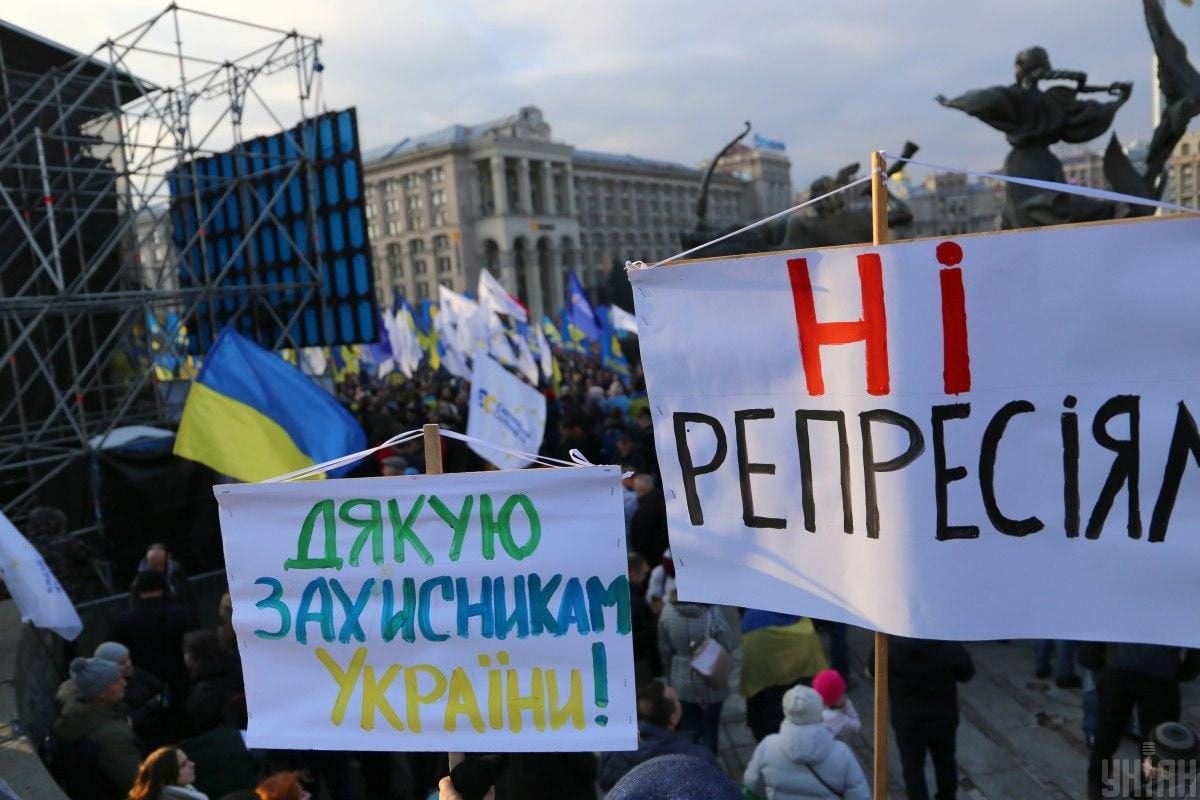 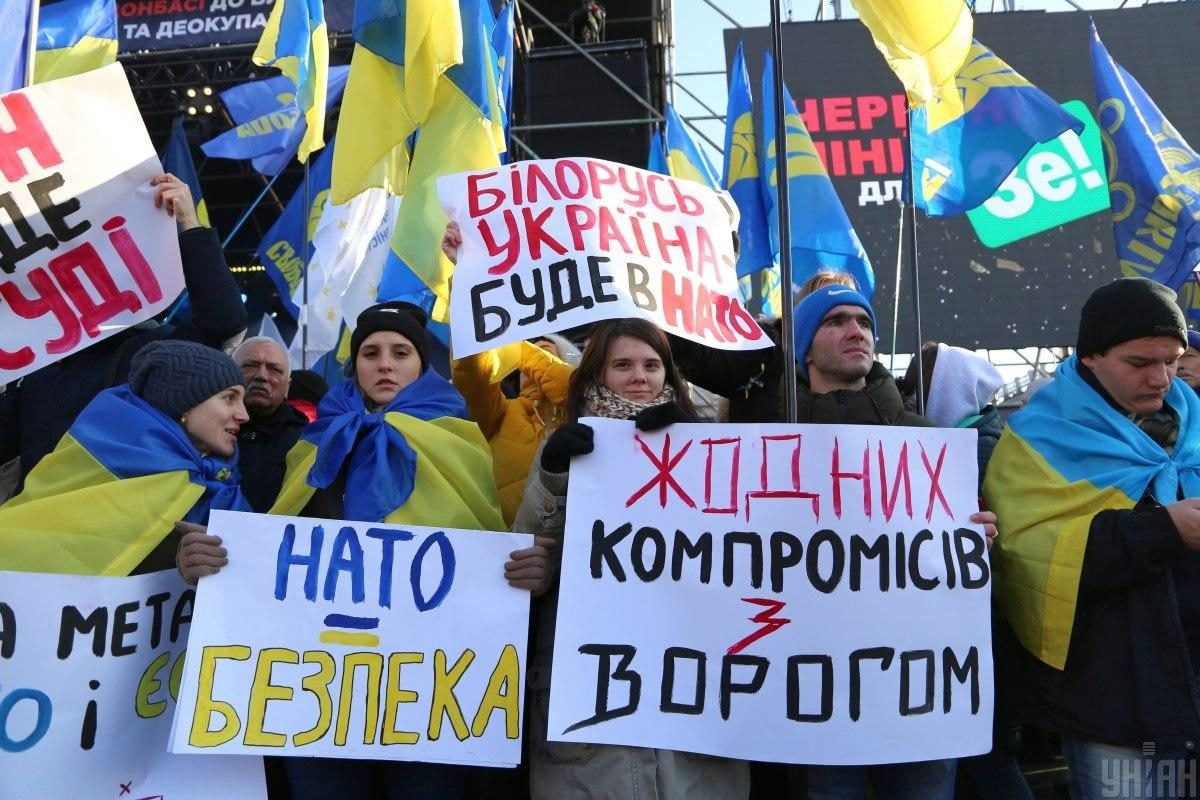 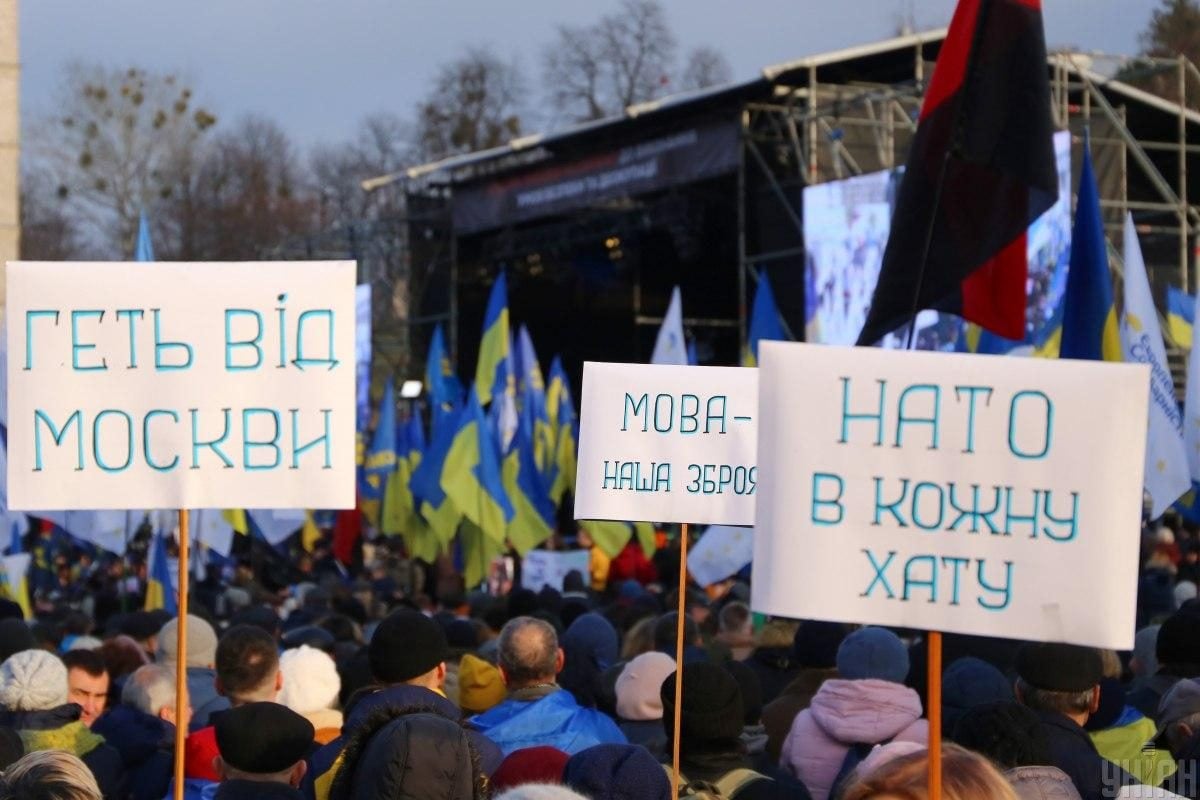 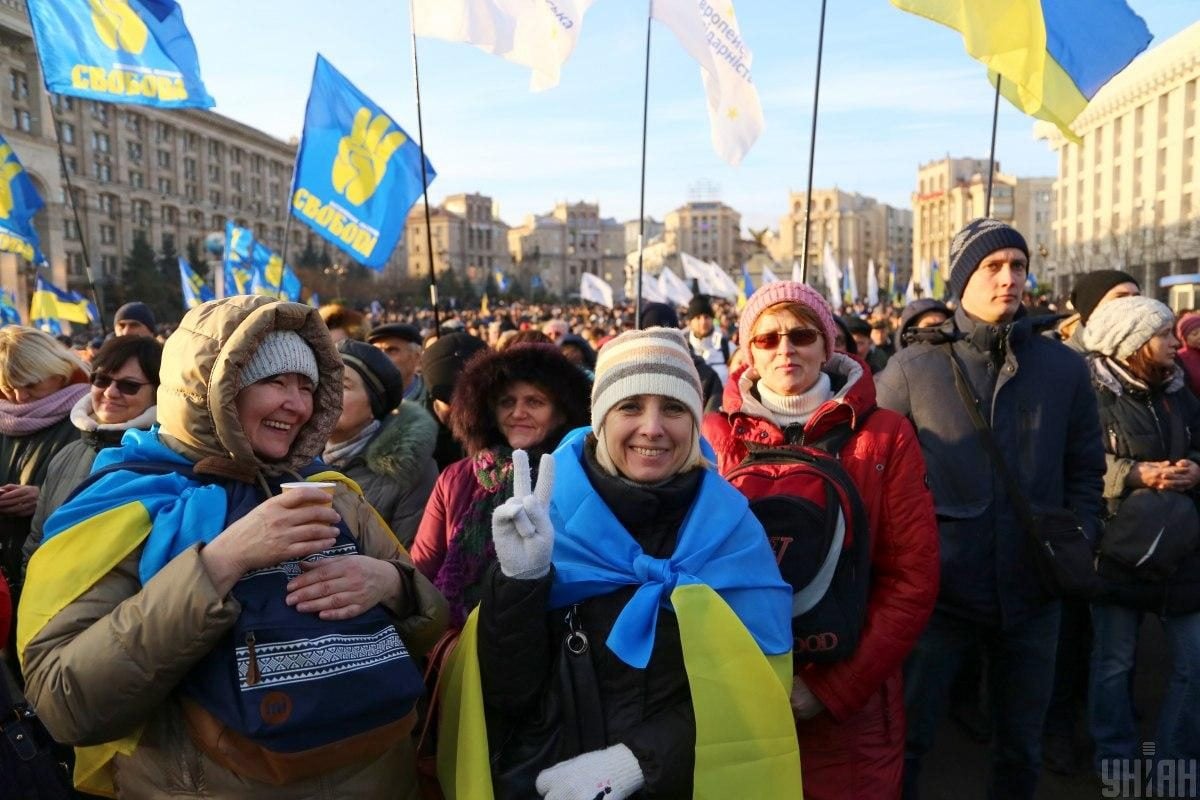 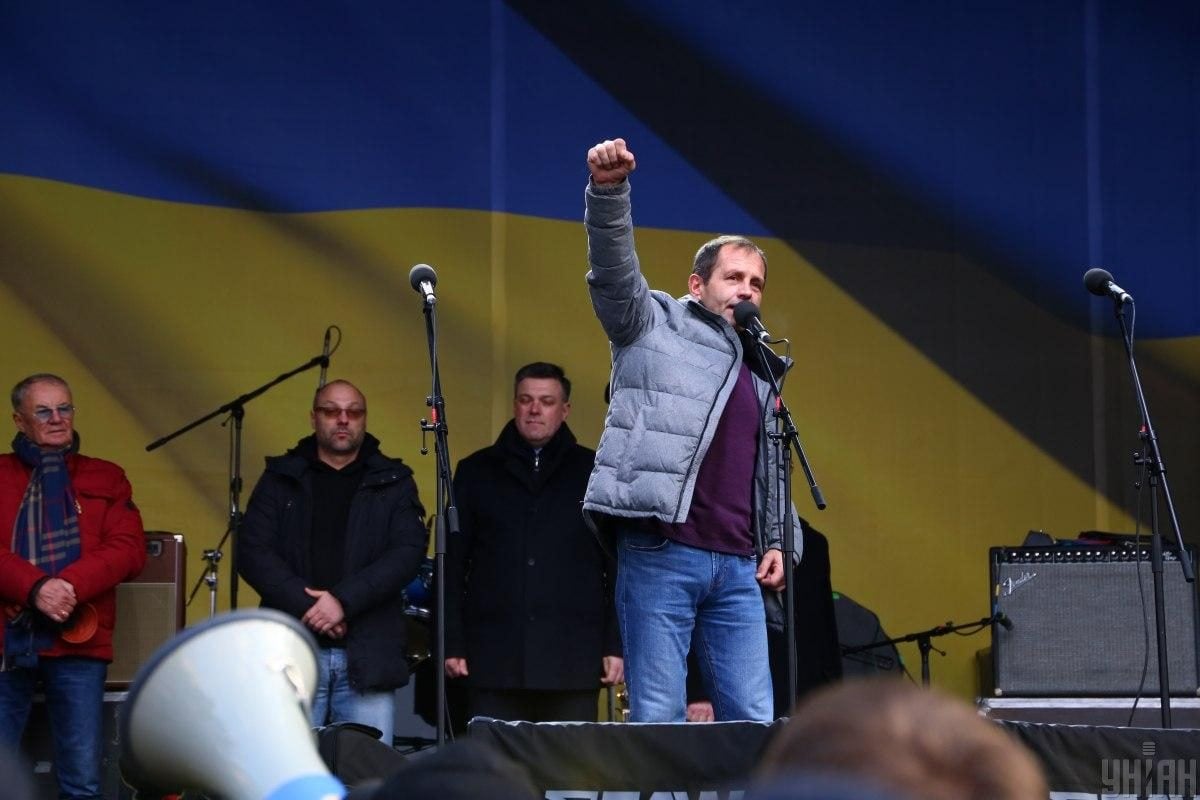 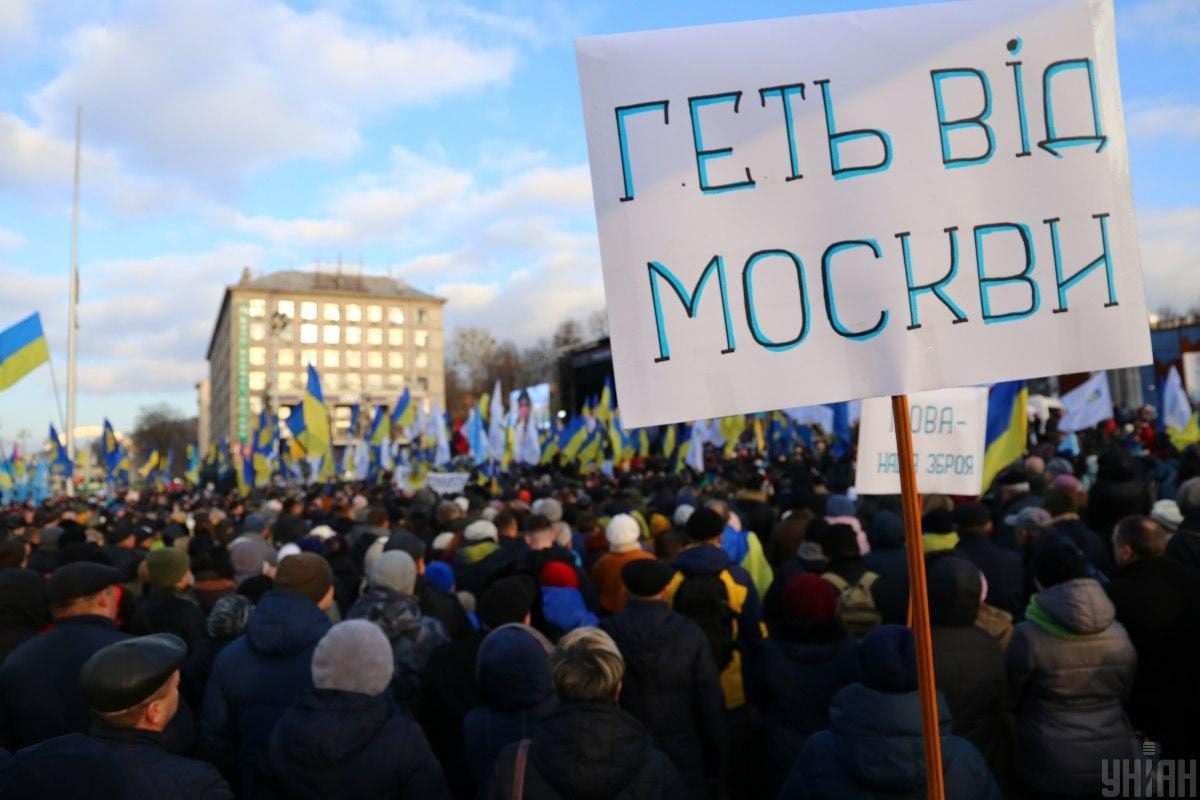 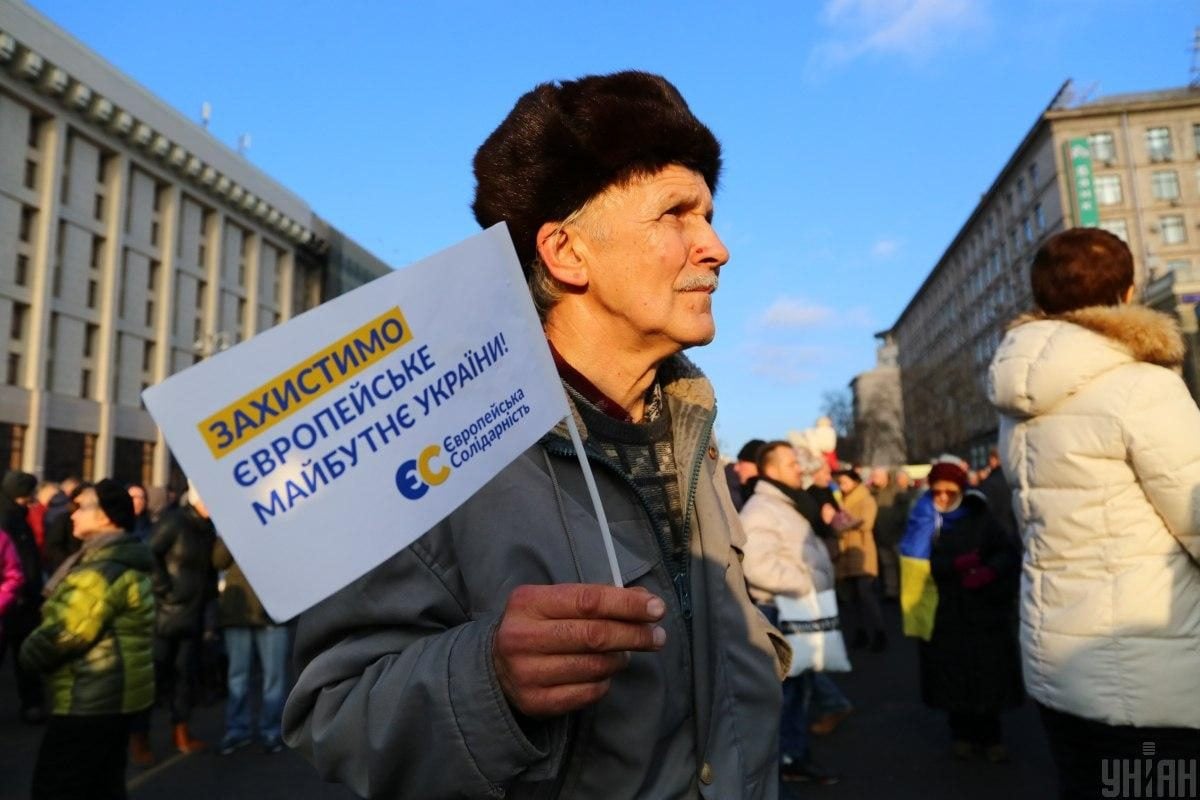 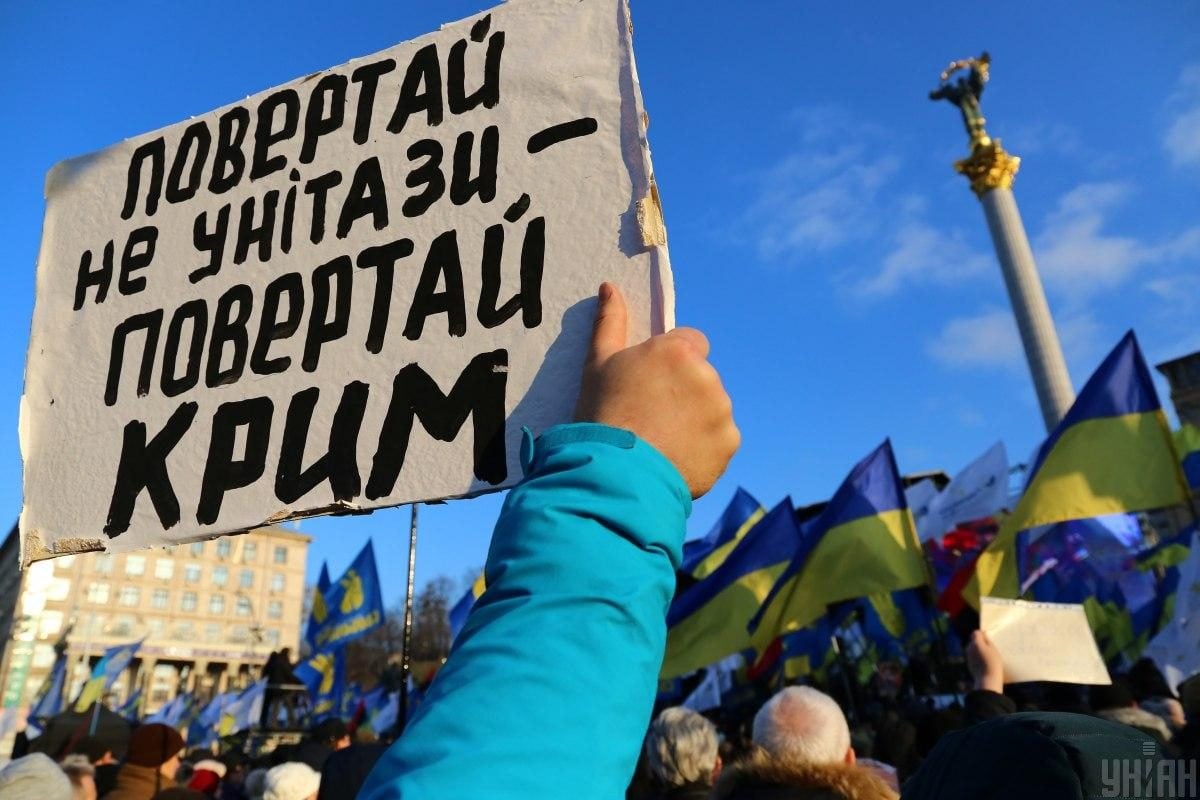 This popular assembly was organized by the three Ukrainian parties – European Solidarity (Petro Poroshenko), Holos, or Voice (Svyatoslav Vakarchuk), and Batkivshchyna (Yulia Tymoshenko). It lasted for about three hours.

Its participants insist there should be no compromises regarding a unitary state and federalization, Ukraine's European Union and NATO membership course, the end of occupation and return of Crimea.

No gross violations of public order were recorded during this event: an administrative protocol was drawn up against one person on charges of petty hooliganism.

The other rally, dubbed the Bankova Landings, began outside the building of the President's Office, on Sunday evening. About 2,000 people have come to take part in it so far, the police said.

"Police officers, national guardsmen and workers of the State Emergency Service continue performing their duty. In general, during the day, one and a half thousand law enforcement officers were engaged in keeping law and order in Kyiv. To prevent conflict situations, representatives of the dialogue police are working during the rally," the police said.

Organizers of the Bankova Landings rally say their event is dedicated to a forthcoming summit in the Normandy format (Ukraine, France, Germany, and Russia), which is to be held in Paris on Monday, December 9. They announced their intention to stay outside the President's Office at least until the results of the summit are known. Thus, they want to warn the Ukrainian authorities about the inadmissibility of decisions on capitulation at the Normandy summit.

Some political parties, namely Demokratychna Sokyra ("Democratic Axe"), the Popular Rukh of Ukraine, and Unknown Patriot have already installed their campaign tents. What is more, among those present there were people carrying the Svoboda Party's flags. 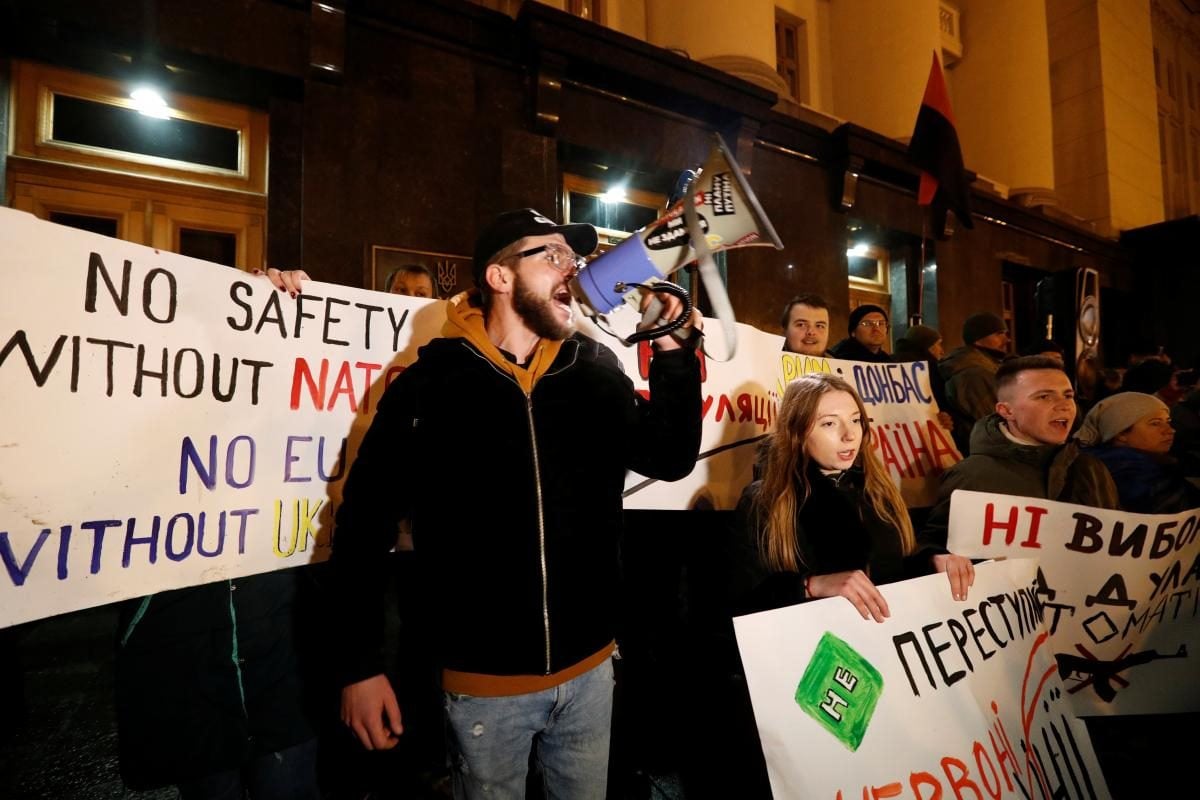 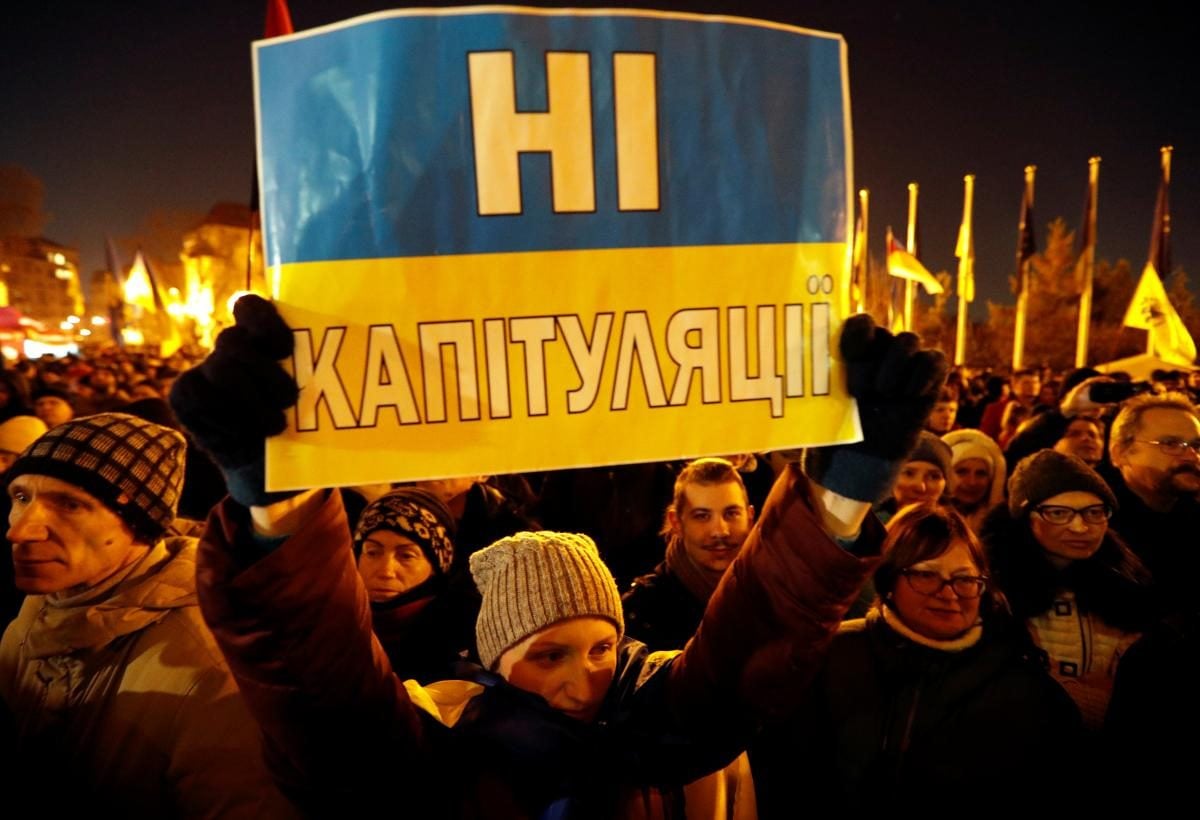 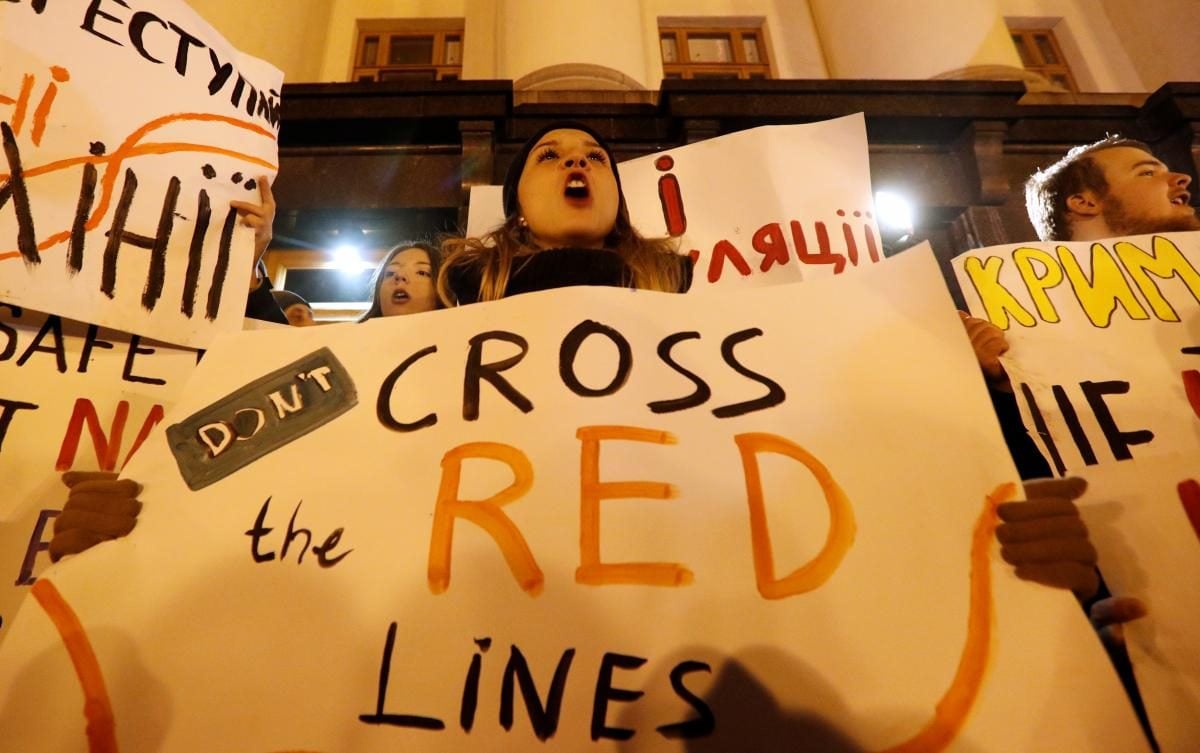 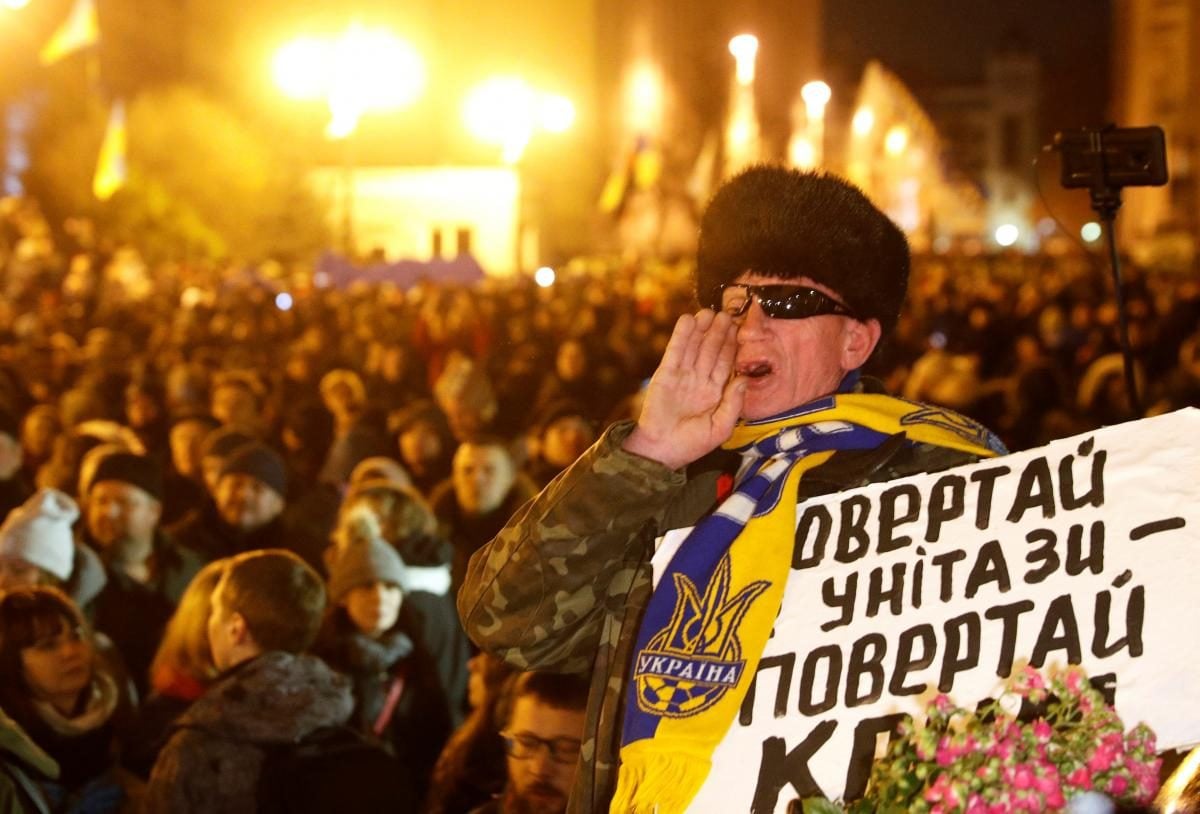 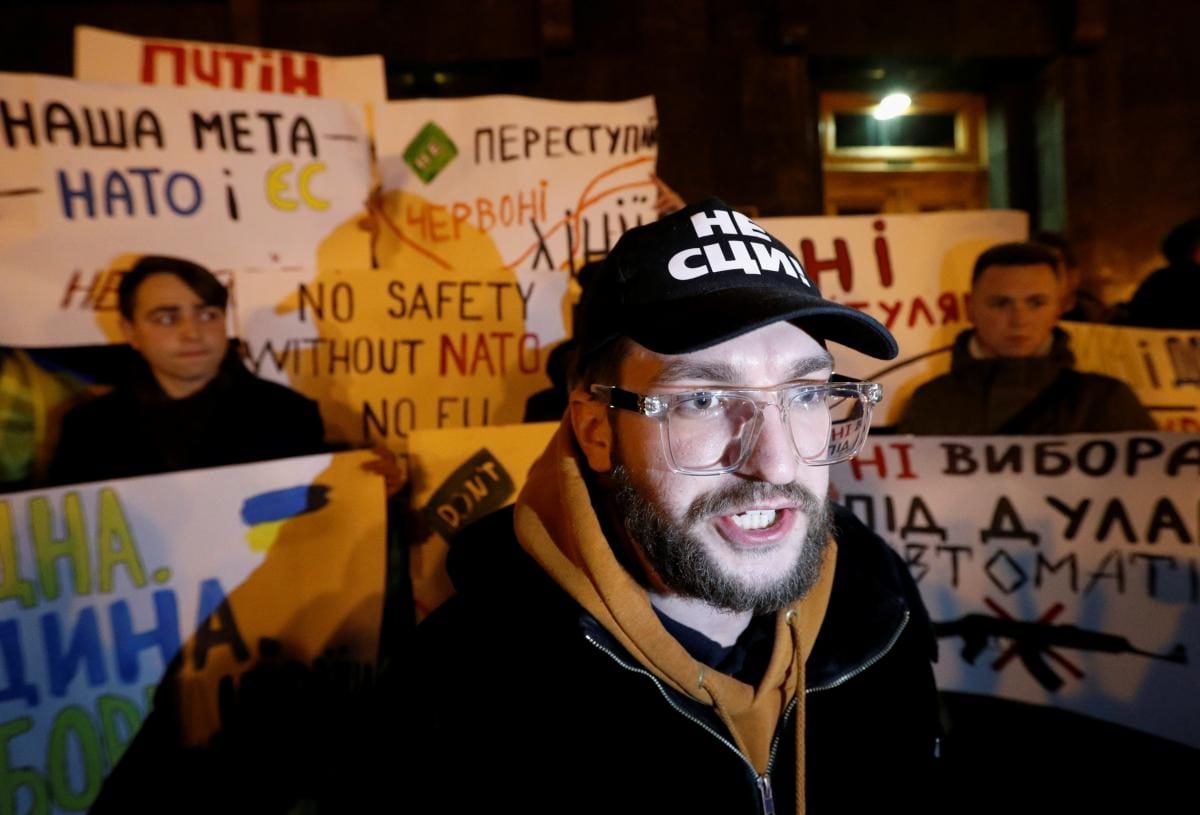 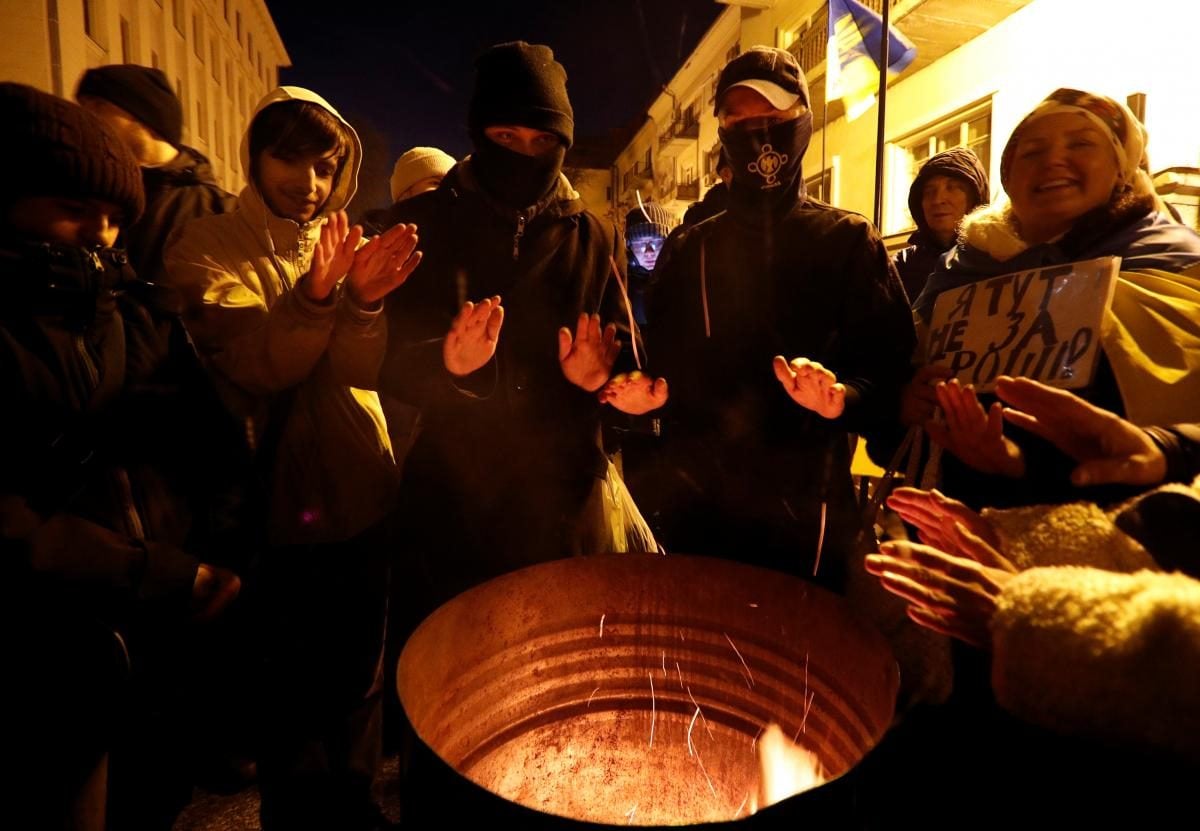 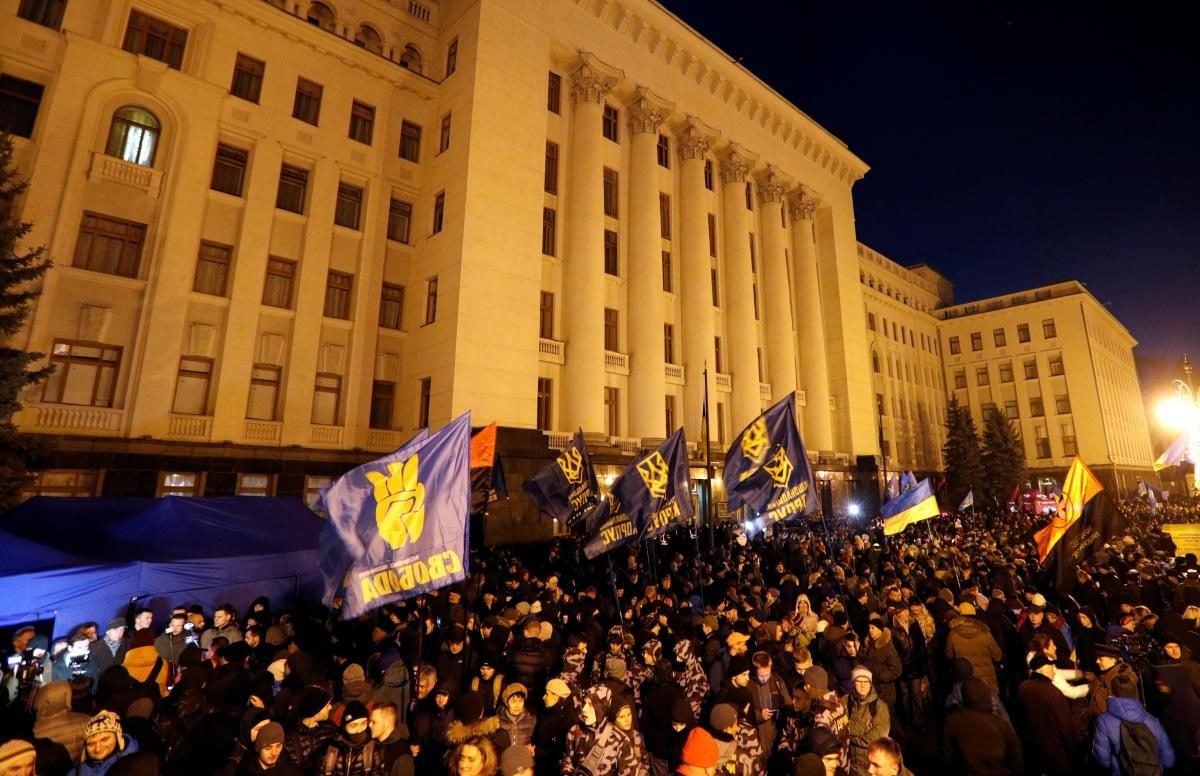 © REUTERS
If you see a spelling error on our site, select it and press Ctrl+Enter
Tags:MaidanKyivpolicerallyPresident's Office