14:54, 17 December 2019
Kyiv
1086 0
One active participant in the incident was taken to a local police office on suspicion of committing unlawful actions. 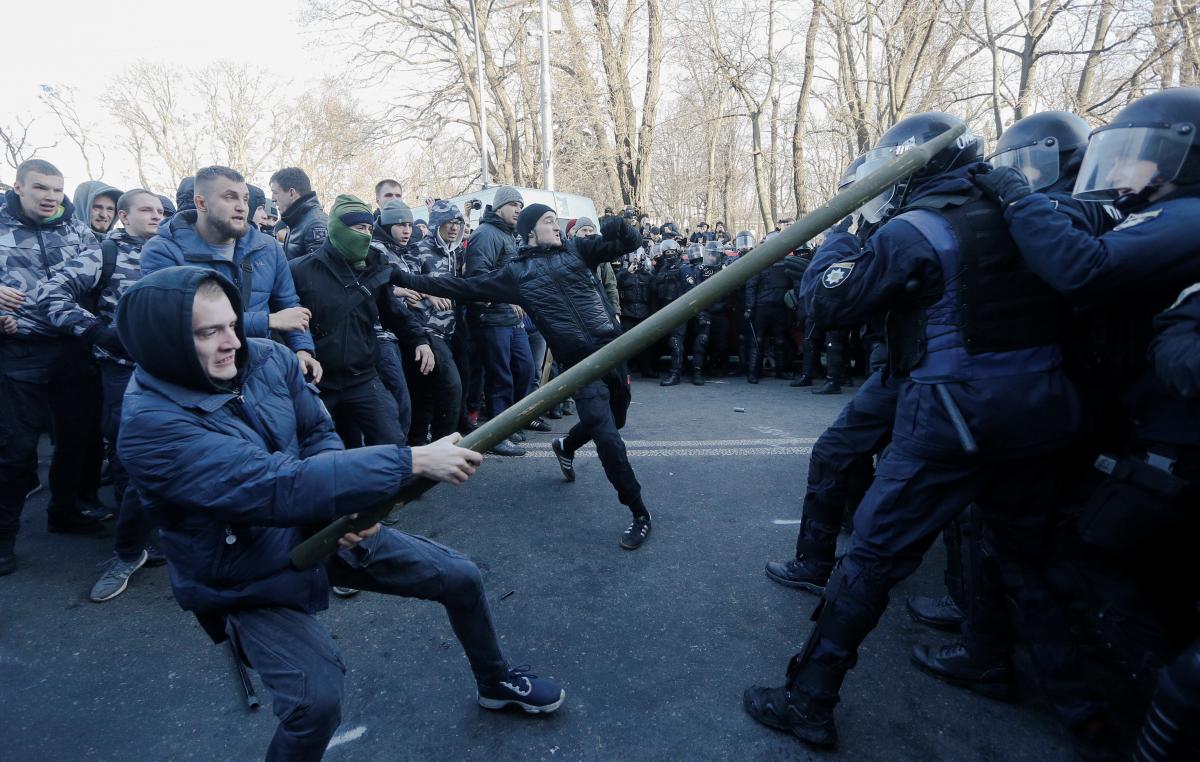 Two police officers have been hospitalized amid clashes with protesters outside the building of the Verkhovna Rada, Ukraine's parliament, in Kyiv.

"Today, contrary to the organizers' announcement of a peaceful rally, some participants in the events tried to set up a military tent on Hrushevskoho Street. Law enforcement officers stopped the citizens and began to talk with them to prevent offenses, but the protesters started a scuffle with the police, which turned into a clash," the Kyiv police's media liaison office said.

According to preliminary data, two police officers were injured as a result of the brawl.

"They were taken to a hospital for medical assistance. One active participant in the incident was taken to a local police office on suspicion of committing unlawful actions. After clarification of all circumstances, his actions will be given a legal assessment," the police said.

On Tuesday, several thousand protesters blocked Hrushevskoho Street in Kyiv. People were rallying near the parliament's building, opposing the adoption of a bill on the sale of farmland.

In addition, people were protesting against the adoption of bill No. 0931 on the harmonization of anti-discrimination laws with European Union legislation, which allegedly destroys freedom of religion.

Then law enforcement officers started dispersing protesters rallying against the sale of farmland near Kyiv Hotel close to the parliament's building. The police demolished established tents and dragged them towards the hotel, according to an UNIAN correspondent.

People began to run towards Ploshcha Konstytutsii (Constitution Square), police were following them and beating mainly those who were trying to throw objects at them. Several individuals were detained. An ambulance arrived at Hrushevskoho Street and gave first aid to the injured.

On Constitution Square, in front of the parliament's building, protesters started picking up paving stones.

According to an UNIAN correspondent, one of the injured protesters was taken on a stretcher into the ambulance. As was seen from his uniform, the victim is a member of the National Squads organization. He is about 20 years old, the correspondent said. 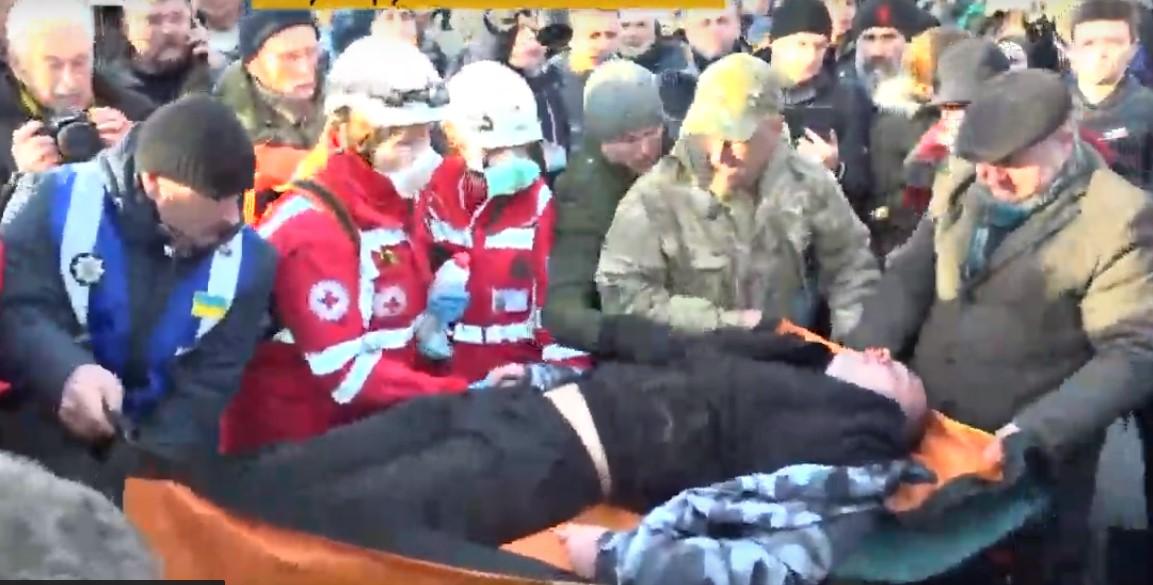 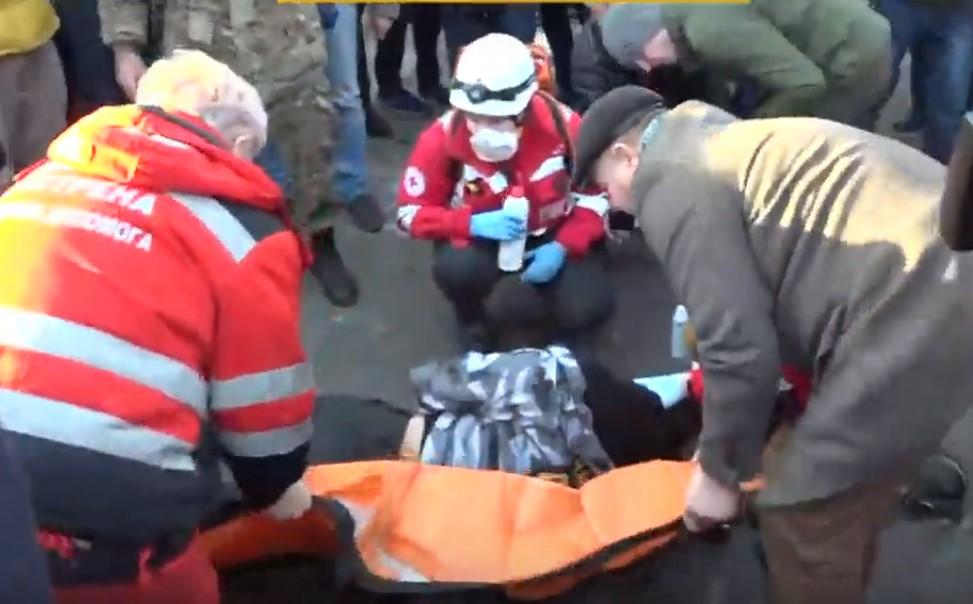 Parliament Speaker Dmytro Razumkov closed the morning part of the Tuesday session ahead of schedule, the correspondent said.

After lengthy discussions with lawmakers, in particular, those from the Batkivshchyna Party and the Opposition Platform – For Life, near the blocked presidium, Razumkov and his first deputy Ruslan Stefanchuk managed to get to their seats.

Razumkov announced that the situation was tense both in parliament and outside the parliament's building. He said the session would resume at 16:00 Kyiv time on Tuesday.

If you see a spelling error on our site, select it and press Ctrl+Enter
Tags: #Ukraine#Kyiv#police#protests#rally#clashes#VerkhovnaRada
Latest news