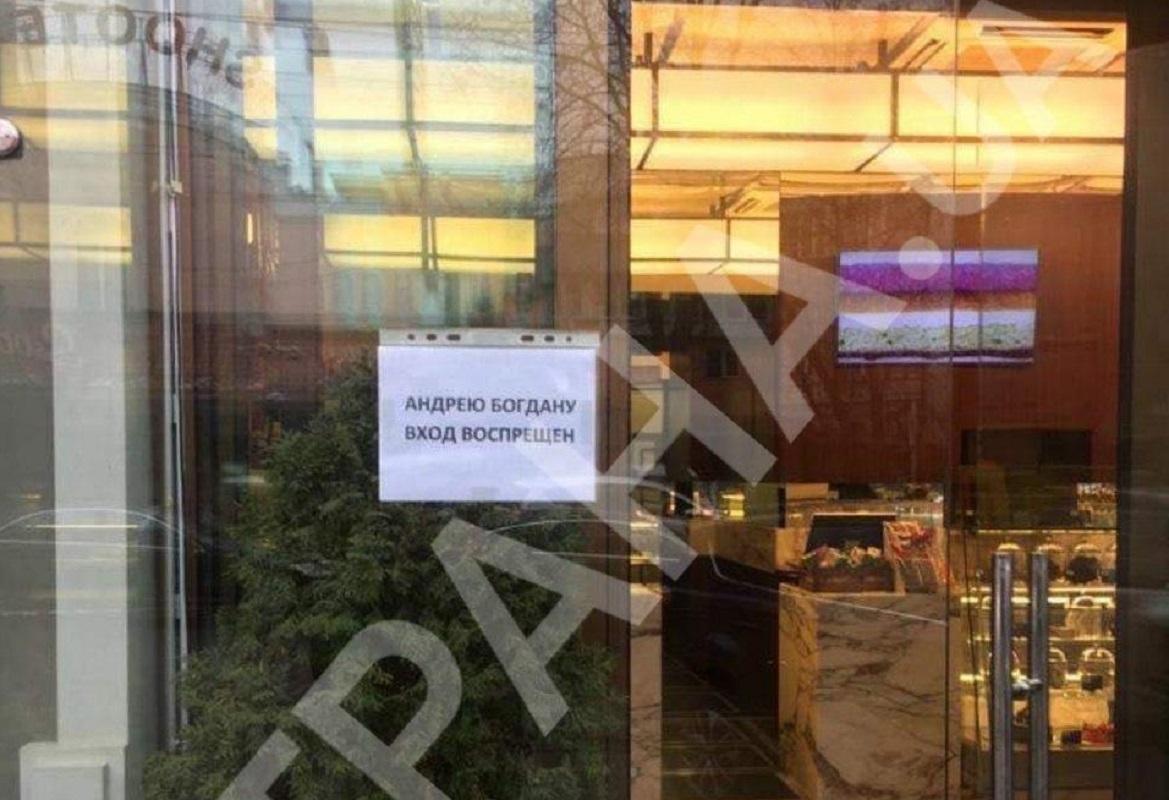 The café is reportedly owned by Mykhailo Brodskyy / Photo from strana.ua

A photo with the corresponding announcement on the shop's doors was posted by the news outlet Strana.ua.

"Andriy Bohdan is not allowed," says a piece of paper in a transparent folder posted on a glass door.

The Kalyna café, located at 29a Moskovska Street, is reportedly owned by Mykhailo Brodskyy, a Ukrainian politician, leader of the Party of Free Democrats, and a businessman.

Cake shop staff explained to reporters that the announcement had appeared on the owner's instructions, since Bohdan is an 'unwanted guest.'

As UNIAN reported earlier, Zelensky appointed Andriy Yermak as head of the President's Office, having dismissed Bohdan from the post.