Man attempts to set himself on fire outside President's Office in Kyiv: Video 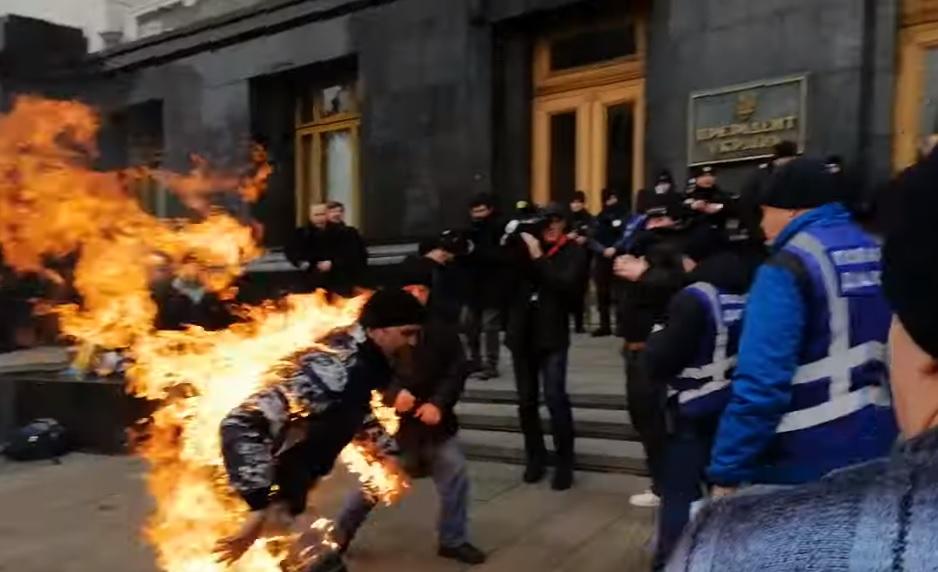 A man attempted to set himself on fire outside the building of the President's Office in Kyiv on February 26.

The flame was extinguished, but the victim sustained serious injuries, the Kyiv Operative emergency news portal said on Facebook.

Law enforcers who were nearby provided medical assistance to him at the scene.

The video of the self-immolation was posted by YouTube user Ivan Protsenko.

One can see a man rapidly caught by flames. The incident took place during a rally held by health workers in Kyiv, where journalists with cameras and law enforcement officers were present.

Journalist Bogdan Aminov said on Facebook that several rallies with a total of up to 200 people were peacefully being held outside the President's Office on February 26. No "radical moods" were observed. A man in flames suddenly ran out of the crowd, he said.

As UNIAN learnt from the police, investigators are working at the scene.

The presidential press service later reported that the man who committed self-immolation had mild burns. He was hospitalized for examination and assistance.

According to preliminary information, the victim did not take part in health workers' rally, he had appeared on the spot a few minutes before the incident, the Office of the President said on Facebook.