Pavel and the Moscow Patriarchate said last month that coronavirus was a result of human sin and could be fought with hugs, prayers and fasting. 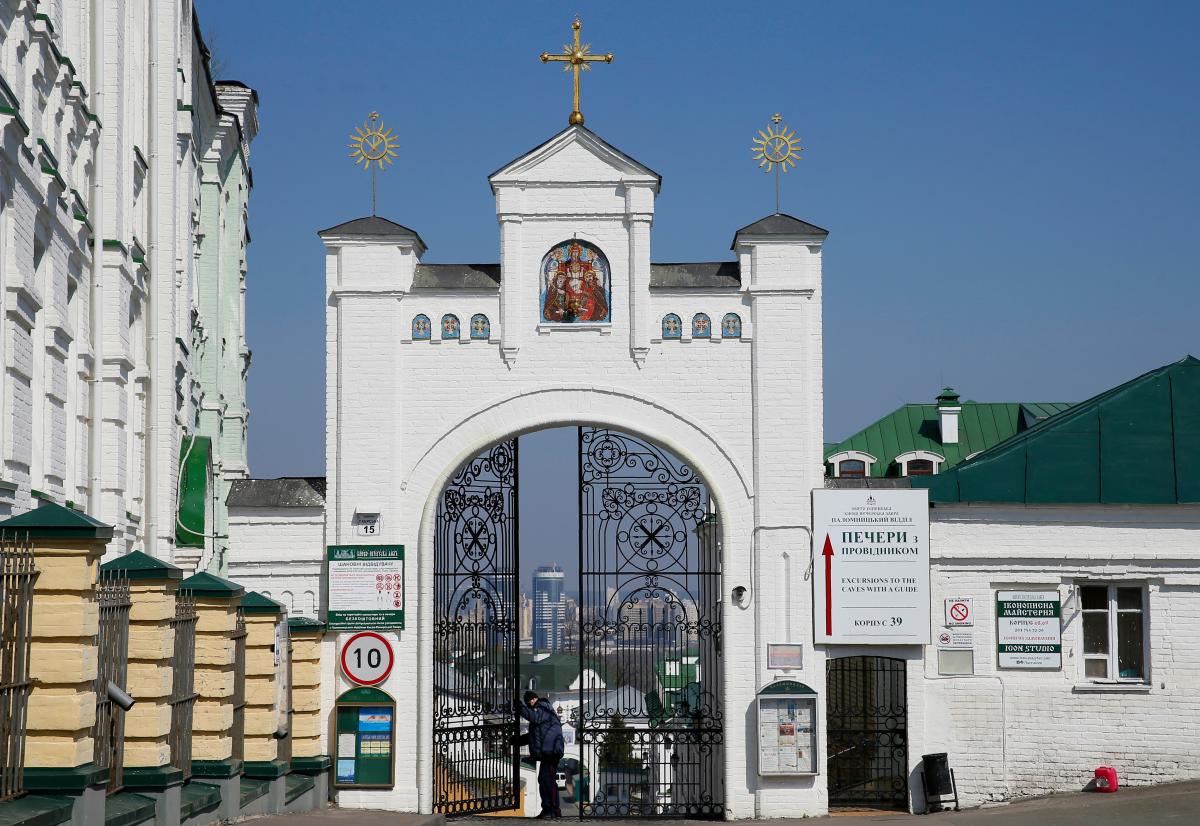 The head of a 1,000-year-old Orthodox monastery that became a hotspot for coronavirus infections in Kyiv said he had underestimated the gravity of the pandemic and that measures had now been introduced to curb the spread of the disease.

"Yes, I used to think the trouble was not so significant, but it was really different in those days," Metropolitan Pavel, who heads the Kyiv-Pechersk Lavra, the headquarters of the Russian-backed wing of the Ukrainian Orthodox Church, often referred to as the Moscow Patriarchate, told Reuters by phone late on Thursday.

"The fact I said other things is not contrary to the laws of conscience. You too can say one thing first and then another."

Pavel and the Moscow Patriarchate said last month that coronavirus was a result of human sin and could be fought with hugs, prayers and fasting.

But they then threw their support behind the Ukrainian government's lockdown measures, moving church services online, disinfecting buildings and offering to house patients in monasteries.

According to the Kyiv mayor's office, 26 members of the monastery have become infected. Meanwhile Ukraine's total number of cases has increased by 16% in one day to 2,203, health ministry figures showed on Friday, with 69 deaths.

Asked about the infections at his monastery, which is known in English as the Monastery of the Caves, Pavel, 58, was cryptic: "It's better to read the gospel than the internet."

Despite being shut to the general public, services at the monastery are continuing as normal and people with illnesses are being kept in separate cells, he added. Only one member of the monastery has a serious health condition but not with coronavirus, Pavel said, without elaborating.

In line with government rules, the churches in the complex are shut, services are held without a congregation and icons are being wiped, he said.

"Today we need to do what the doctors say," he said.

The church has not confirmed media reports that Pavel himself has contracted the virus.

Asked about his own health, Pavel said: "I feel good, God has mercy. I'm taking tests, undergoing treatment. Who says that I am in poor condition? Some people probably just expect it."

He did not say what illness he was receiving treatment for.

Ukrainian authorities are anxious to stop the virus spreading in the run-up to Easter and President Volodymyr Zelensky has urged Ukrainians not to attend church services.

Easter in the Eastern Orthodox Church falls a week later than in the Western churches. Easter Sunday falls on April 19.

After years of hostility between Moscow and Kyiv, Ukraine now has two main branches of Orthodox Christianity. One recognizes the authority of the Patriarch of Moscow, while the other was recognized last year by other Orthodox denominations as having its own head.

If you see a spelling error on our site, select it and press Ctrl+Enter
Tags:UkraineKyivchurchOrthodoxKyivPecherskLavracoronavirus