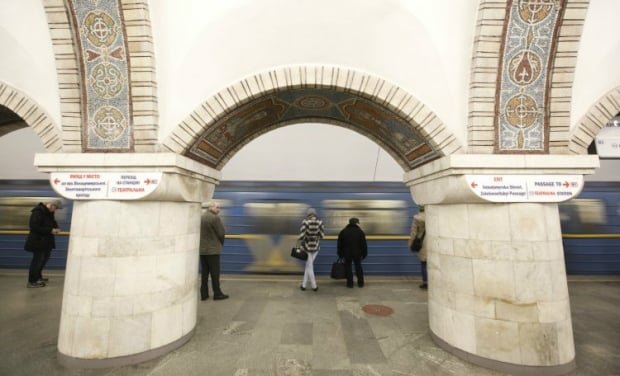 "Khreshchatyk, Teatralna, Zoloti Vorota, and Klovska have joined the network! The service is now available at seven stations!" reads the statement.

As UNIAN reported earlier, the national virtual mobile network operator Fidomobile had signed a contract with the Kyiv City State Administration for the setting up before the end of 2015 of a Wi-Fi in the Kyiv subway worth UAH 100 million

Read alsoKyiv to buy 10 trams worth EUR 11.5 mlnAccording to the agreement, the construction of the network should cover 52 stations, tunnels and subway lines, as well as 774 subway train cars.

The access to the Internet will be free for the passengers on an advertising model or for a fee according to the tariffs without speed limits. In addition, the subway stations will be equipped with additional video surveillance systems.