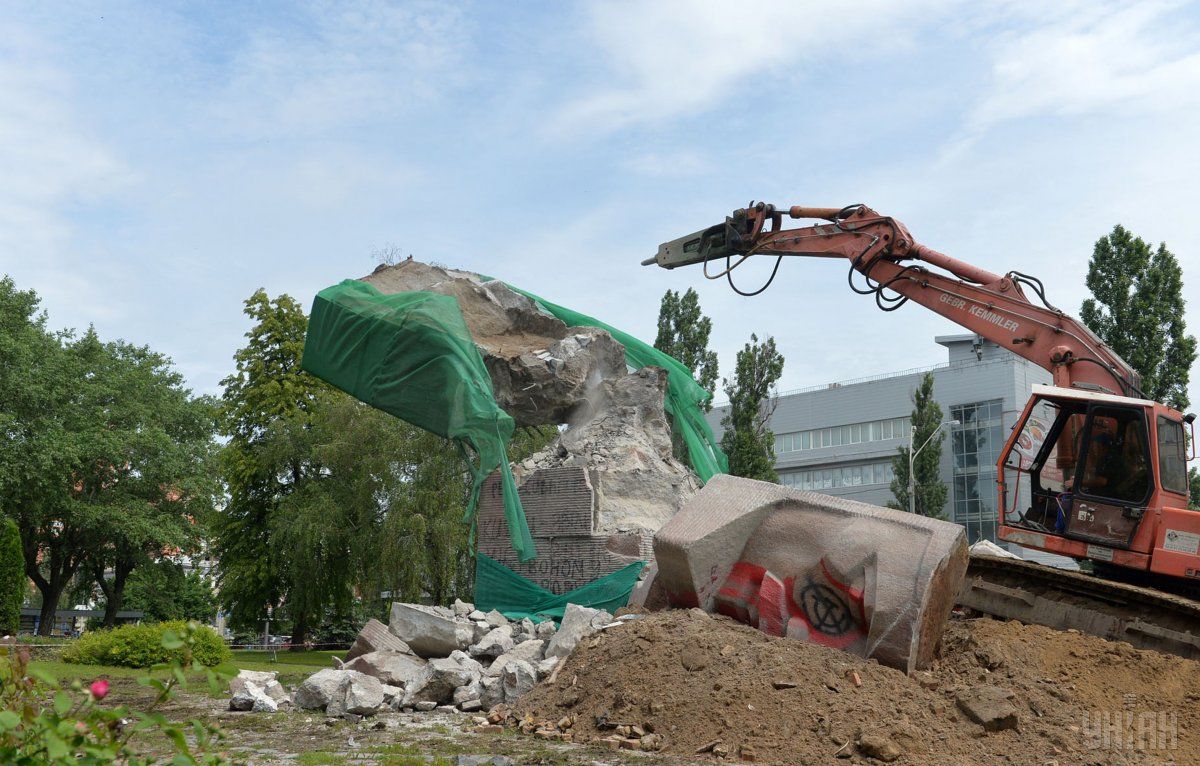 The dismantling works re-started a week ago. Today, on May 29, it was taken down with the help of an excavator. The method caused some outrage since the monument was planned to be transported to the Soviet-art museum, Ukraine Today reported.

Kyiv's officials said they were not responsible for demolishing the monument.

Currently, we try to find out who initiated the process of dismantling the monument. We had planned to do it a civilized way - to develop a dismantling monument project, approve its costs and move this Communist statue to the museum of Soviet-era monuments. But someone decided differently, let the police figure out who it was," said Andriy Fischuk, director of public works and nature preservation department at the Kyiv City State Administration. 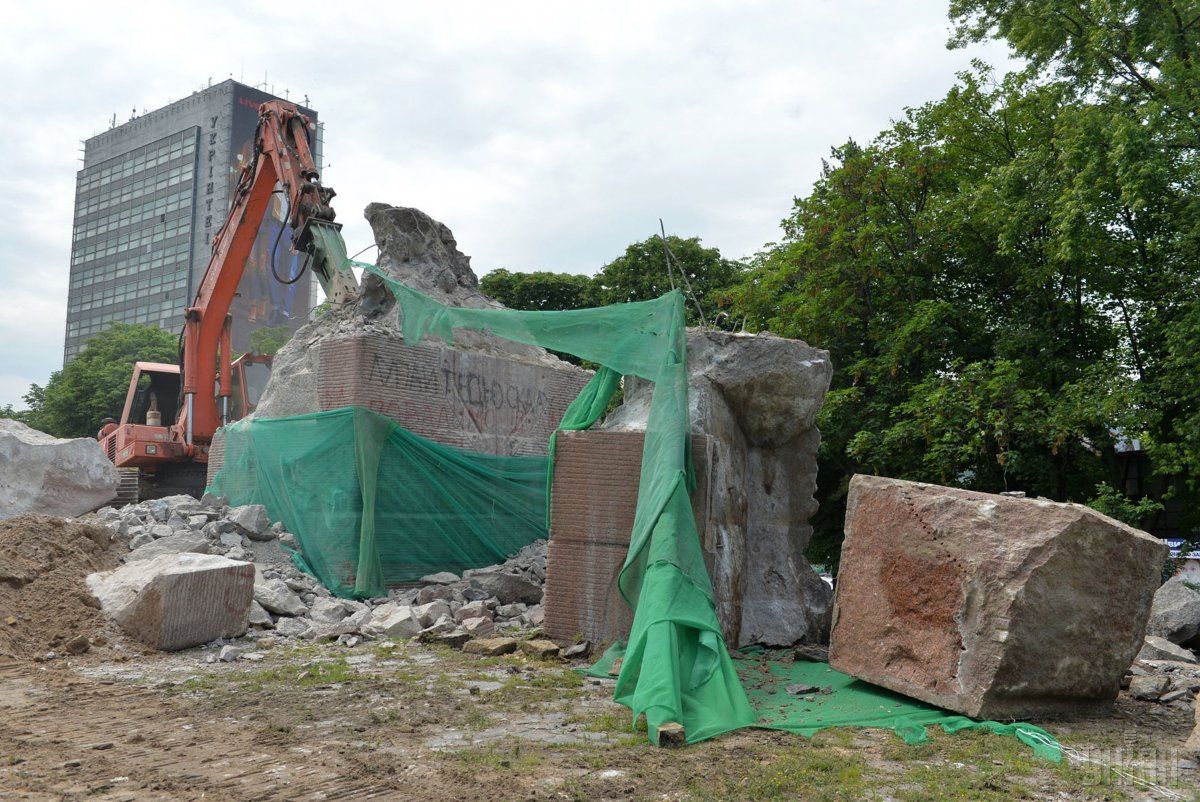 Euromaidan protesters attempted to dismantle the statue much earlier - in February 2014.

Another try was made in late April 2016, but the procedure was too complicated since the monument weighed about 300 tonnes. Instead, activists decided to paint it.

Dozens of statues of Communist revolutionary Lenin have been toppled in Ukraine since 2013. The first demolitions coincided with the pro-EU Maidan protests against the government of Moscow-backed former President Viktor Yanukovych.

The falling of the monuments across the country is being hailed as a symbol of independent Ukraine's push to modernise following the breakup of the Soviet Union. This is in line with a package of laws, adopted by the Ukrainian Parliament last year, which bans communist and Nazi regime symbols and propaganda. The renaming process is the latest step in Ukraine's efforts to break from its Soviet totalitarian past.