Reagan monument may be erected in Kyiv 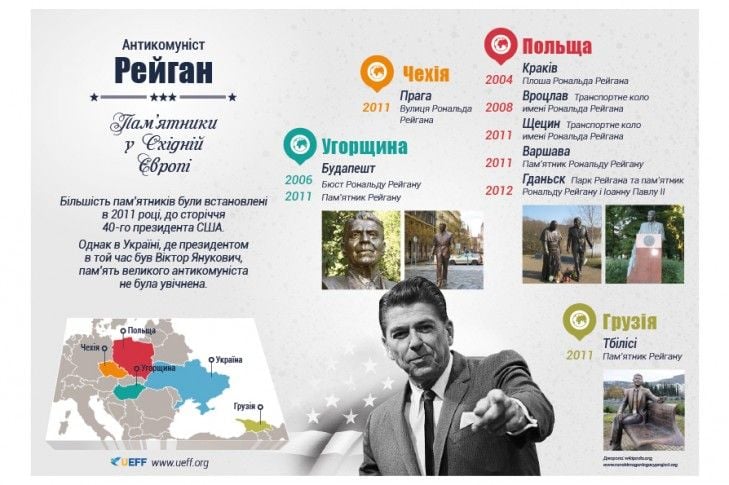 "Reagan until his last days was a staunch defender of the independence of Ukraine and other countries affected by the communist system," reads a statement accompanying the petition.

The authors proposed to put a monument at the intersection of Lypska Street and Instytutska Street, at the site of a demolished monument to the first secretary of the Central Committee of Communist Party of Ukraine, Dmytro Manuilskyi.

Read alsoKGB monument in Kyiv demolished on fourth attempt (photos, video)“The monument will be a symbolic reminder of the priority of such concepts as freedom, dignity, stance toward own people over personal goals and desires," the authors say.