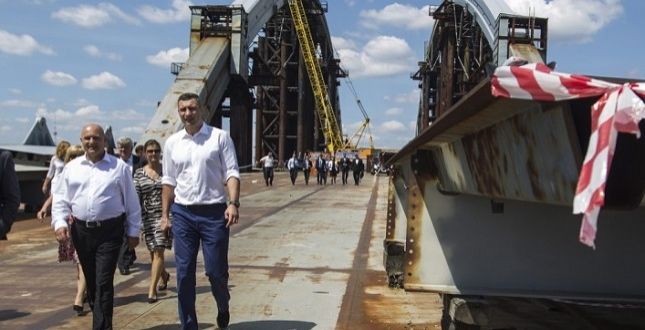 The Ukrainian official said the German state secretary was “surprised by the current state of the bridge, expressing interest in the German side participating in the completion of the existing object.”

A working group is to be set up in September, consisting of experts from both sides. A working meeting will be held in Kyiv or Berlin with the German minister of infrastructure as early as October, according to Maisel.

Read alsoKyiv authorities seeking to host Eurovision-2017He added that German funding may ensure completion of the bridge in four years, as well as the construction of Podilsko-Vyhurivska line of the Kyiv Subway to Troyeshchyna residential district.

Kyiv Mayor Vitali Klitschko, who inspected the bridge together with a delegation of German experts and entrepreneurs led by Mr Bomba, has said that the bridge is half-ready but its completion needs funding the city budget can’t afford, the press service of the KSCA reported.