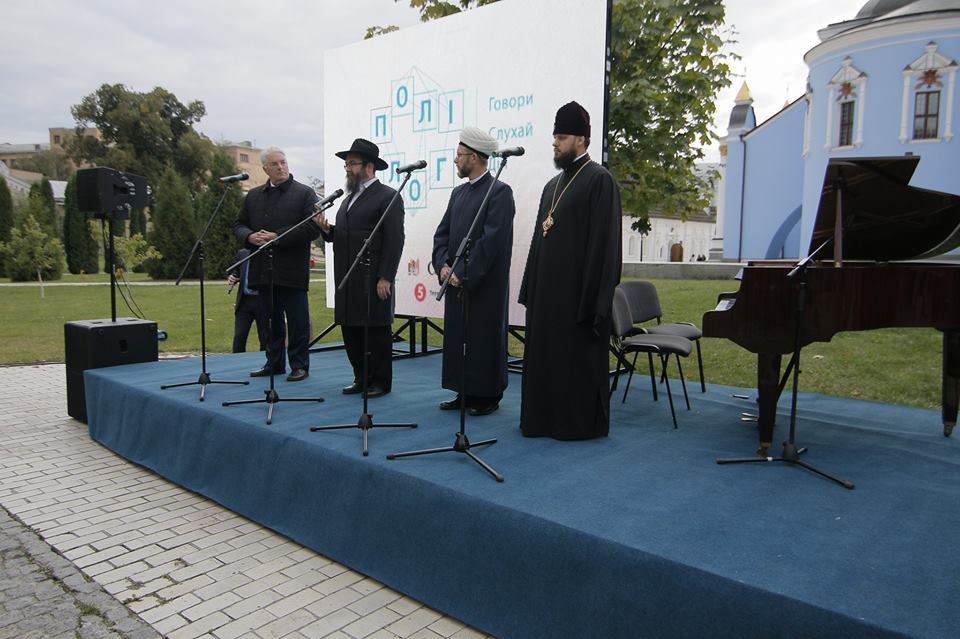 The platform includes a website, official social media pages and a TV talk show planned to be launched on Channel 5 in October.

Pavlo Novykov, the curator of Polilog, says the platform's mission is about getting united in order to achieve common goals. Its motto reads: "Speak. Listen. Act."

"Our country has learned to pronounce monologues, bargain between the two, but the country has to learn to negotiate in communities, groups; learn to find compromises in these groups. The task number one pursued by our online platform for IDPs is to unite them around some problematic issues, find something in common, and later, for example, even launch group-buying services," Novikov said.

People displaced from Crimea, Luhansk and Donetsk have contributed to the launch of the platform, it is reported.

"We want to see high quality, but we want to achieve this quality with the involvement of people who have gained first-hand experience," Novikov was quoted as saying.

Representatives of the Ukrainian government, media community and NGOs, as well as religious leaders were present during the launch of the platform.

"I want everyone to know: this is not about charity, it refers to investment. We invest funds, and this investment will have a return of 150% for the population. This is the most profitable investment ... When we talk about IDPs from Donbas and Crimea, we're talking about educated, intelligent and successful people, who have achieved something in their lives, had a good life, reached high results, but they have lost everything and they have to make a new beginning. Give them your support, and this start will help them get on their feet, be efficient not only for themselves but for the entire Ukrainian society," said Rabbi Pinchas Vishedsky, the exiled chief rabbi of Donetsk.

According to Ukraine's Social Policy Ministry, some 1.789,000 IDPs from the annexed Crimea and the country’s east were registered as of late June 2016. According to estimates, the number of Crimean residents who moved to Ukraine’s mainland ranges from 30,000 to 60,000 people, with a third of them being the Crimean Tatars. They mostly live in Kyiv, Lviv, Mykolaiv, Kherson and Dnipropetrovsk regions.