Two rallies are under way in the center of Kyiv on Tuesday, while traffic along some central streets has been blocked due to a terror threat; part of the so-called government quarter has been fenced in, according to an UNIAN correspondent. 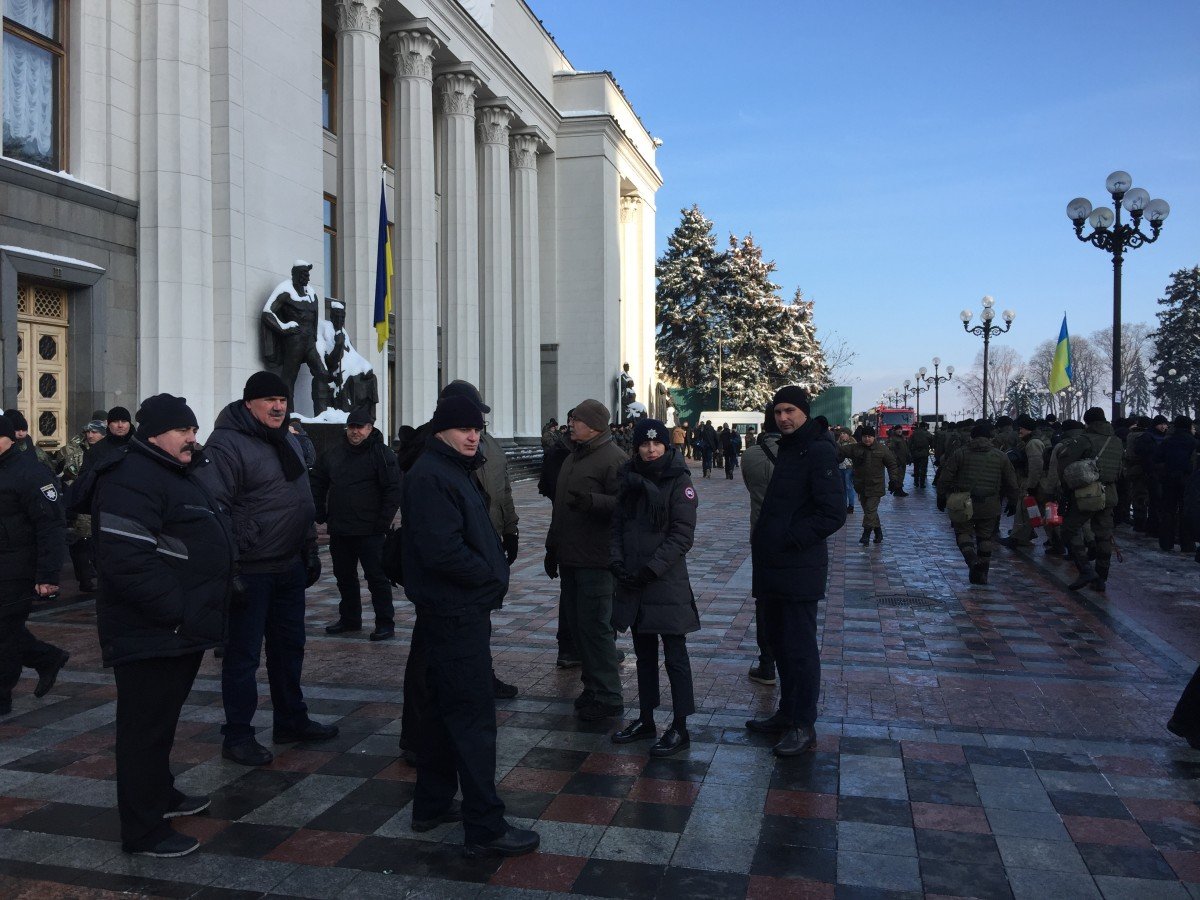 National Police officers and National Guardsmen are patrolling the entrance and exit passageways of the Kyiv subway, the crossroads and popular public places.

About 400 people have gathered on Kyiv's Constitution Square, which is near the Verkhovna Rada building, while about 1,500 people have been staging their rally across from the National Bank building.

The latter are holding flags with the names of closed banks. Most of them claim they are "deceived depositors of local banks."