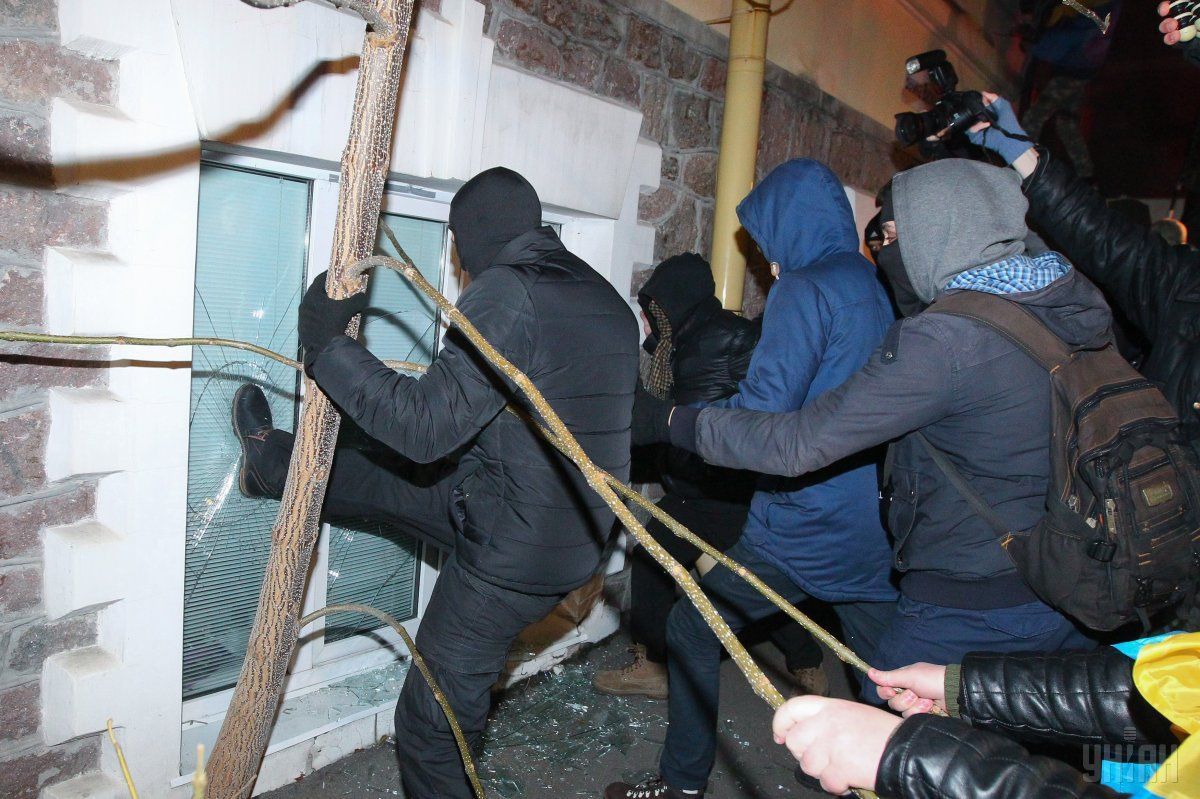 Alleged activists damaged a building at 23b Velyka Vasylkivska Street, having broken the windows and thrown flares into the Sun Light sun parlor's premises. 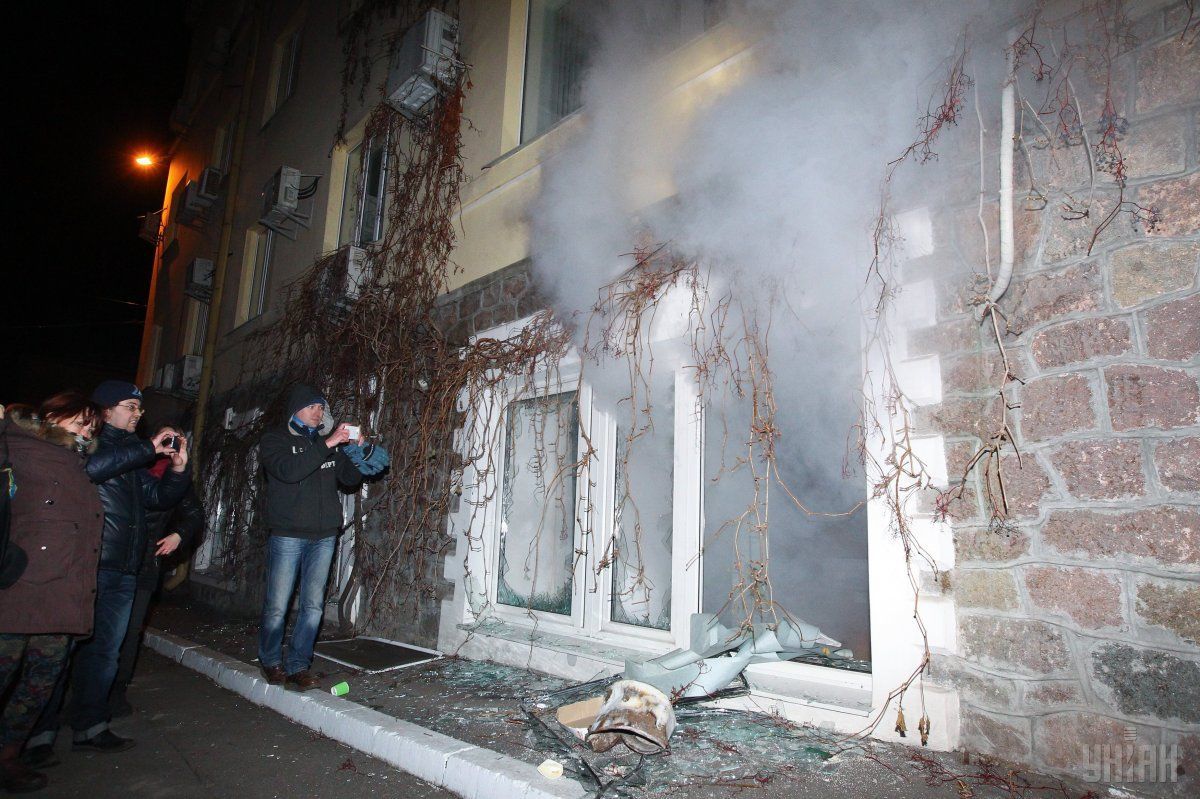 According to Hromadske.TV, the building at 23b Velyka Vasylkivska Street houses six companies. One of them is B.I.M. International Law Offices, a law firm headed by Medvedchuk since 1991.

Read alsoClashes with police reported in Kyiv amid Revolution anniversary eventsRussian President Vladimir Putin is the godfather of Medvedchuk's daughter. Medvedchuk is also an active negotiator at Minsk peace talks on Donbas, dealing mainly with swaps of prisoners of war. 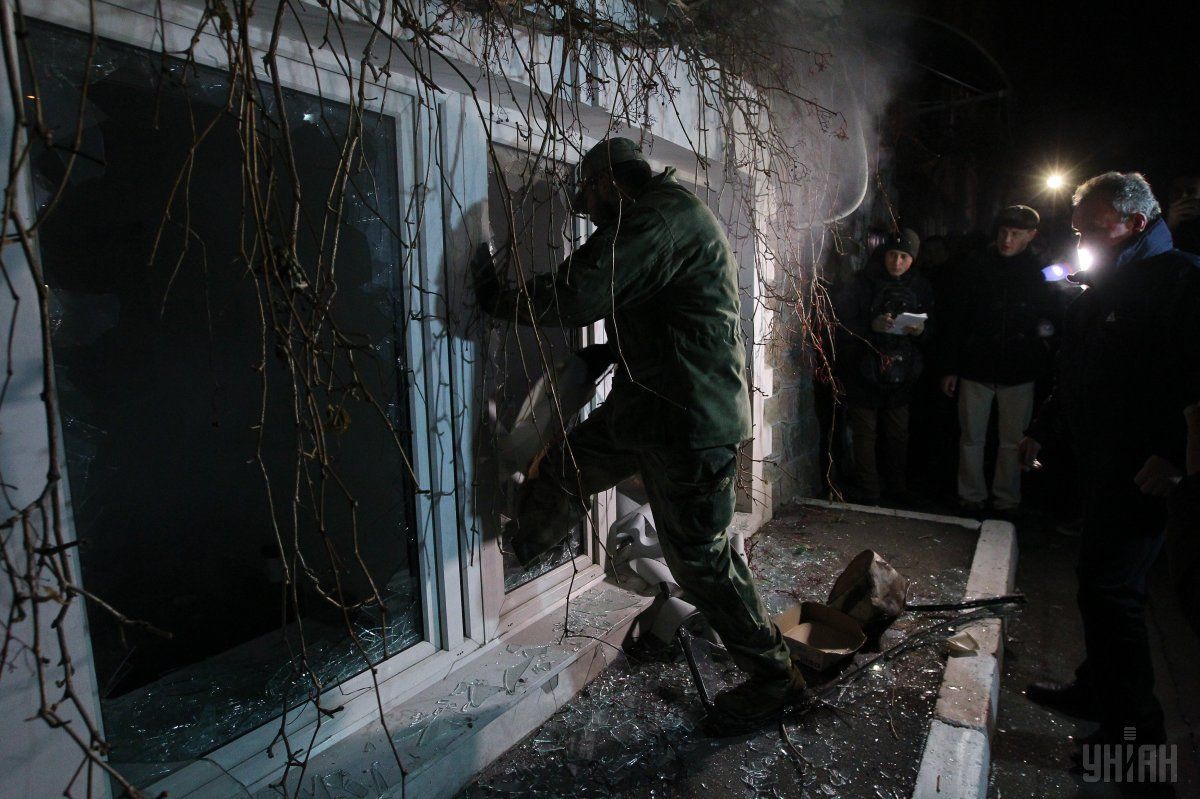 A man asked by Hromadske.TV journalists whether it was his office with the broken windows, confirmed the information, by saying: "Yes, this is my office. There is no Medvedchuk here. The salon is beside my office, and I work here."

A branch of a Russian bank, Sberbank, was attacked by protesters on the same day.