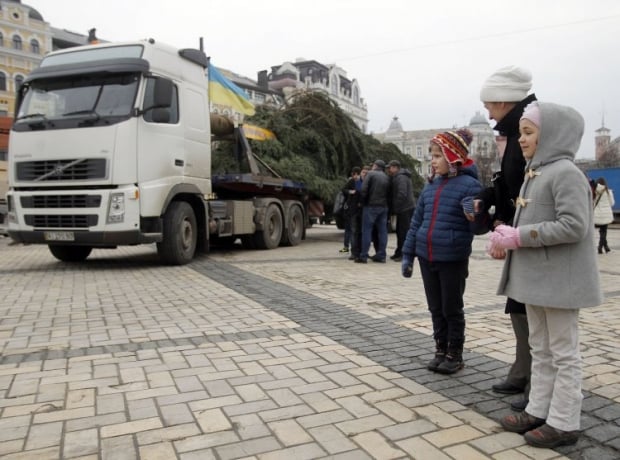 This document supports proposals put forth by NGO Initiatives of the Capital for the organization of New Year celebration and the project entitled "The Country's Main Xmas Tree. New Year and Xmas Events in Kyiv" on Sofiyska Square, Mykhailivska Square, and along Volodymyrsky Thoroughfare December 17, 2016, through January 15, 2017.

The assembly of facilities, structures and equipment needed for the events on the two squares started on November 21.

What is more, Kyiv's funicular (cable railroad) will work non-stop at night from December 31 to January 1.

The installation of small wooden cabins of the so-called Xmas Village has already begun on Sofiyska Square, the organizer of New Year events near St. Sophia Cathedral and St. Michael Cathedral has said.

Read alsoUkrainian children's Christmas wish: Let the war end and father return homeThe City of Entertainment on Mykhailivska Square is scheduled to open on December 15 together with the opening of a New Year and Xmas fair along Volodymyrsky Thoroughfare. The official ceremony of the launch of the country's Xmas Tree will take place on December 19. Events to welcome the new year 2017 will be held on December 31. An Orthodox Xmas Decoration Didukh (a Sheaf of Wheat) show with a Christmas carol festival (Velyka Koliada) is scheduled to be held on January 7.