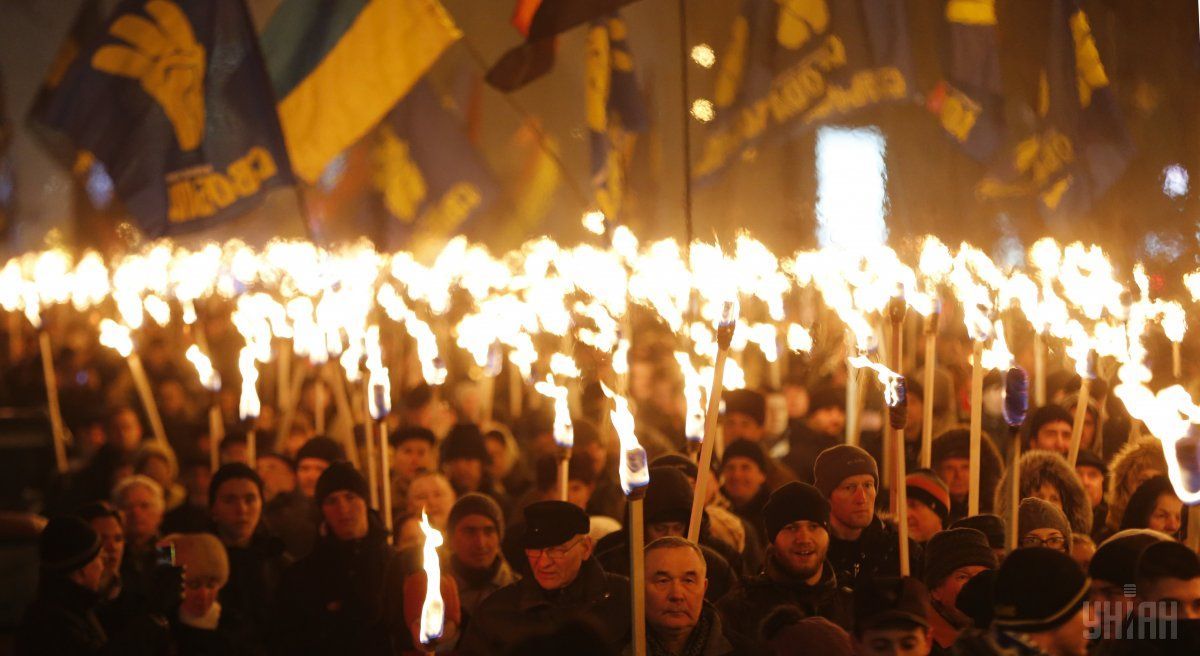 During the Viche, the participants honored the memory of their fellow Ukrainians from among the representatives of Svoboda, who had been killed in Donbas. Svoboda supporters insist that the Donbas hostilities must be called the Russian-Ukrainian war, an UNIAN correspondent reported.

"Stepan Bandera is an example of how the Ukrainians must fight for their nation," said Kyiv City Council Deputy (Svoboda) Ihor Miroshnychenko.

Russian propaganda masterminds have been using the figure of Stepan Bandera and the derogatory term “banderites” initially referring to OUN supporters but eventually – to Ukrainians in general, to incite hatred and radicalize popular opinion in Russia against Ukraine as part of hybrid warfare. 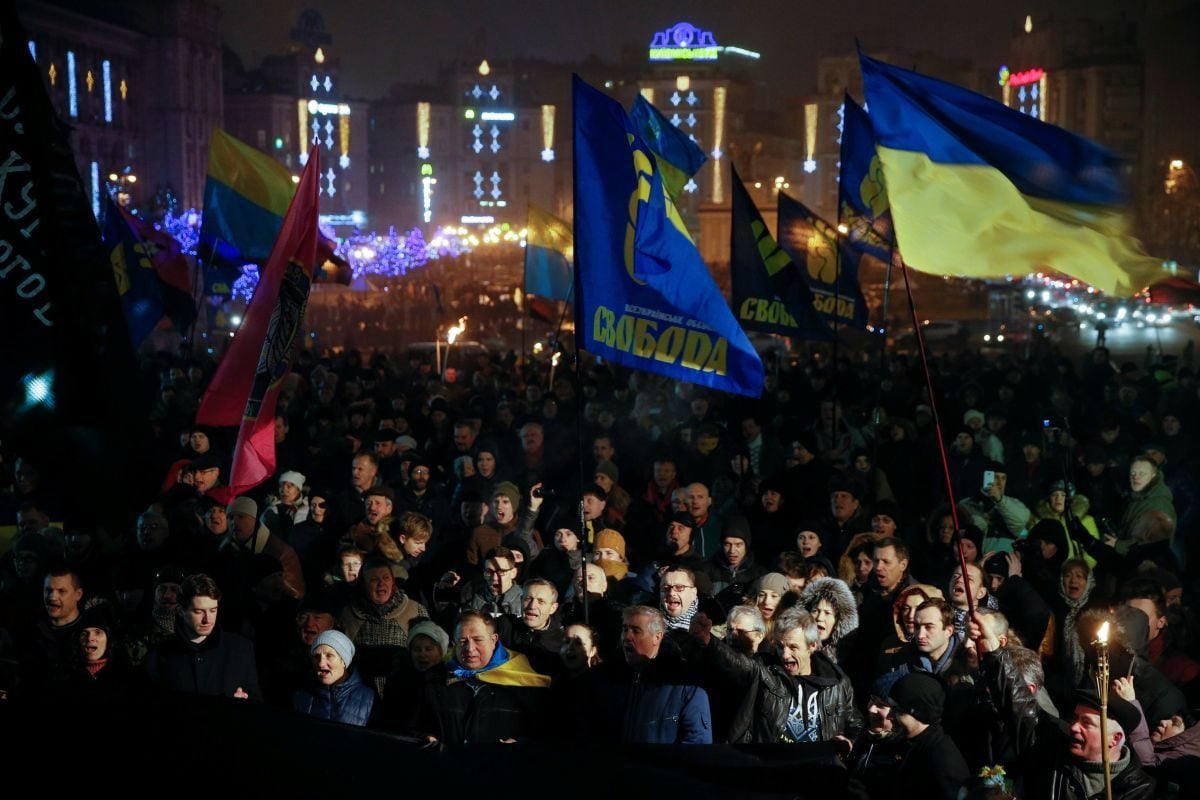 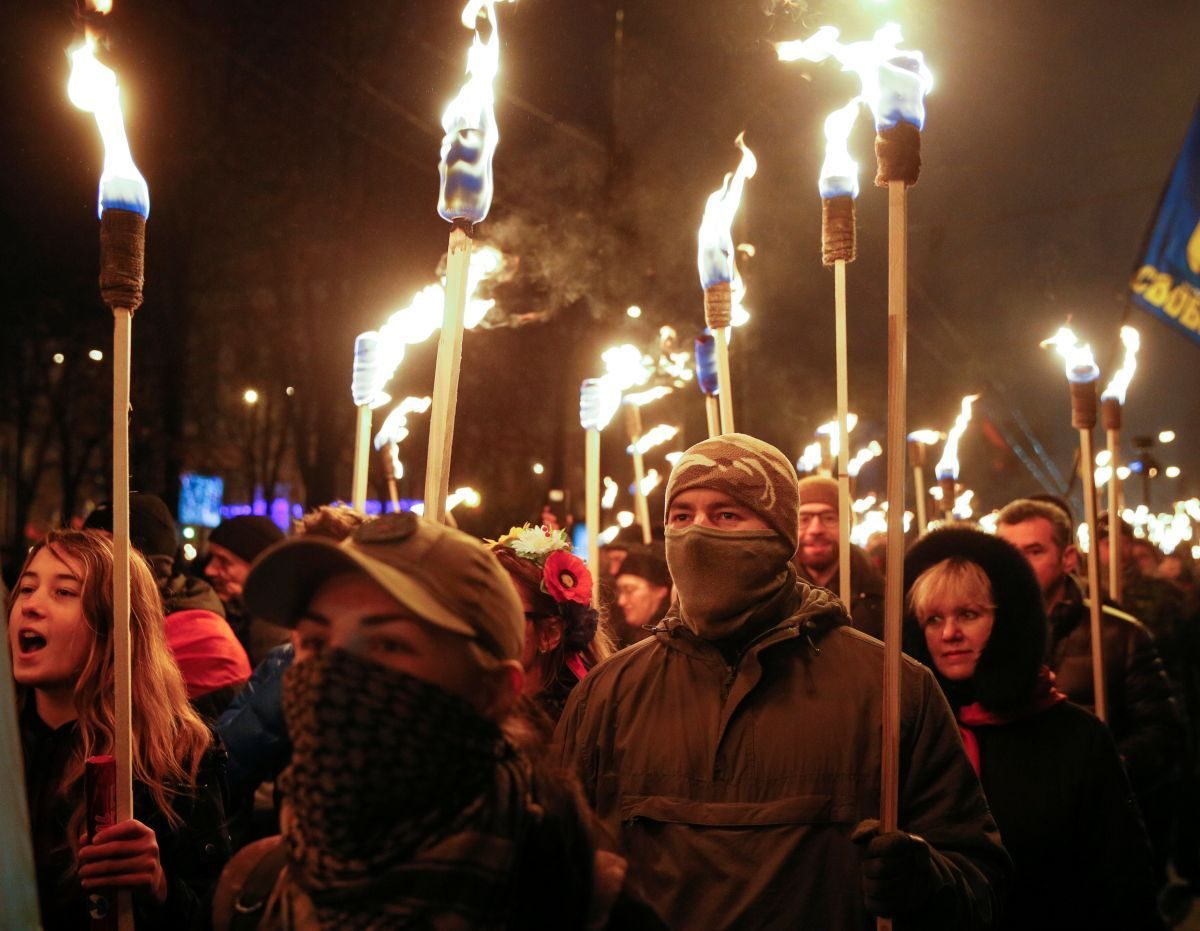 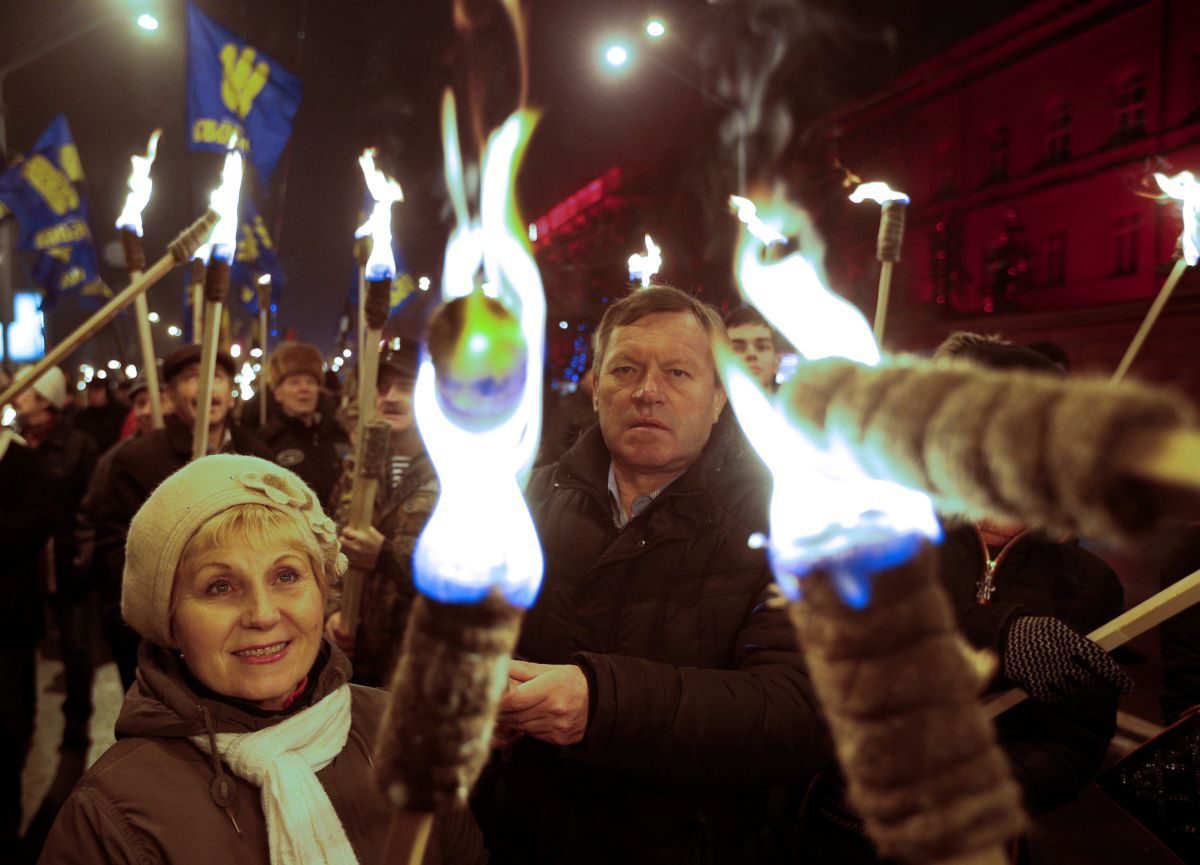 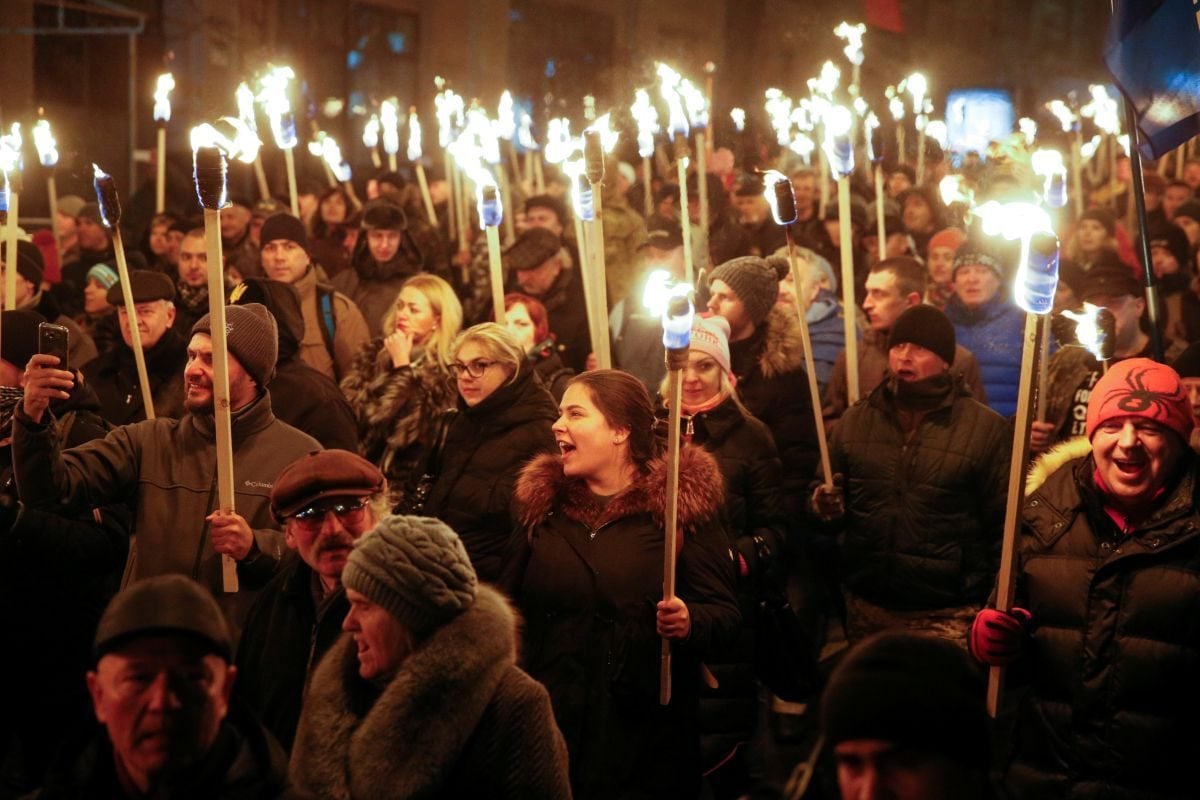 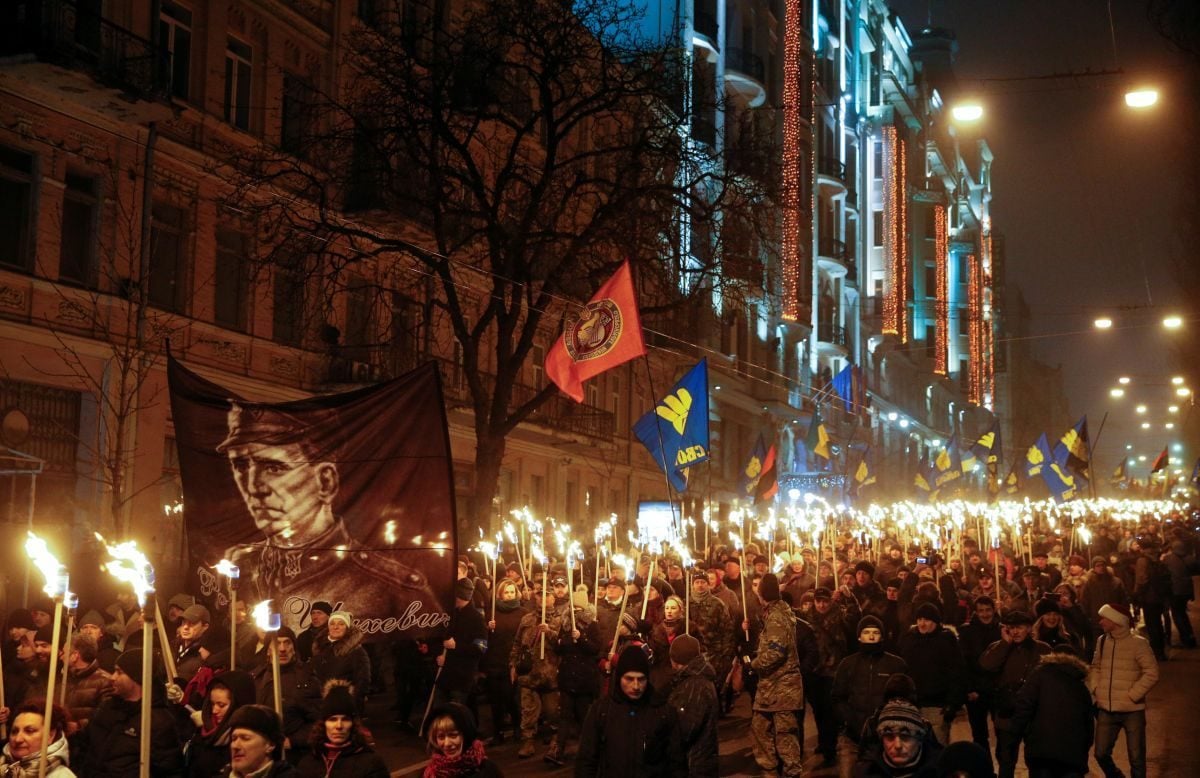 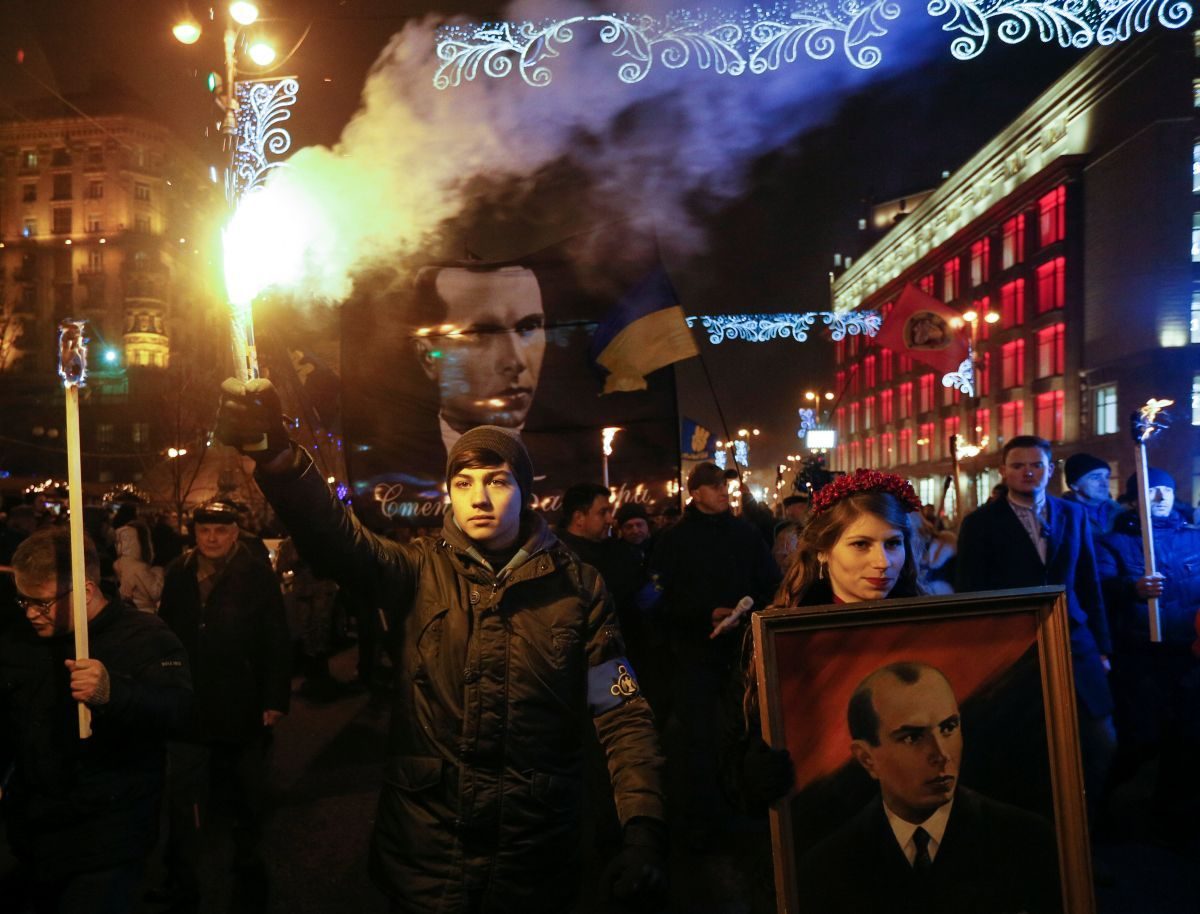 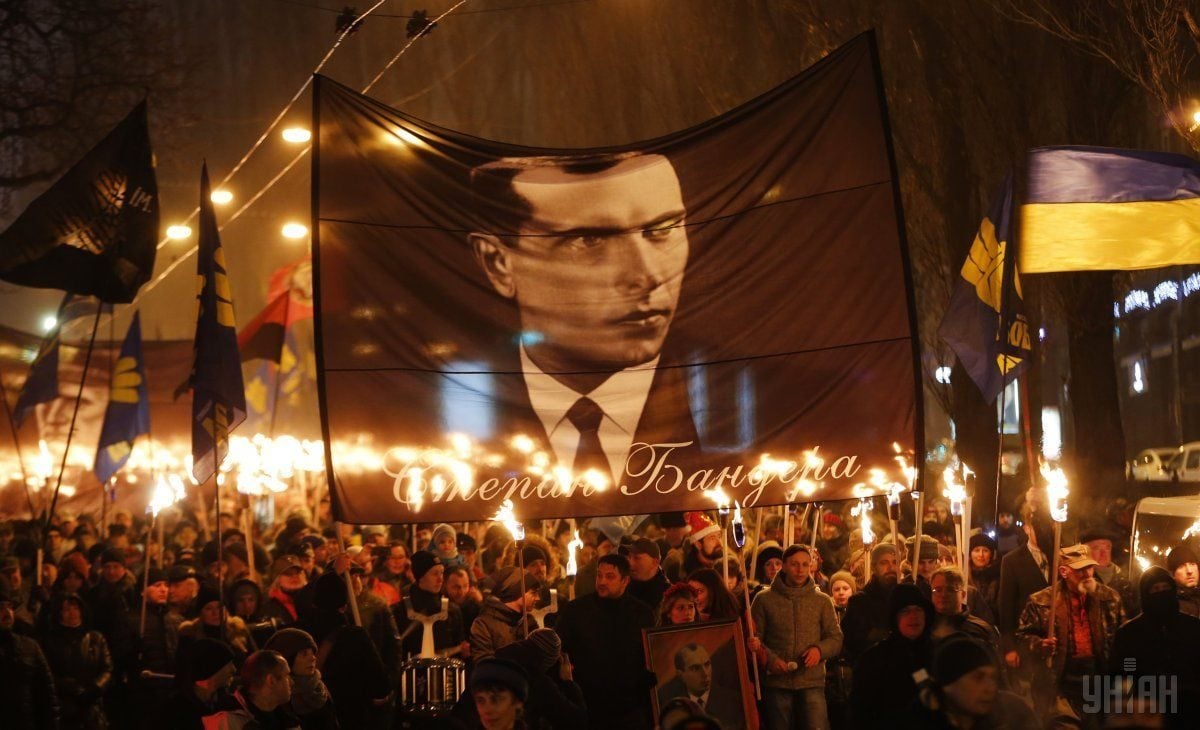 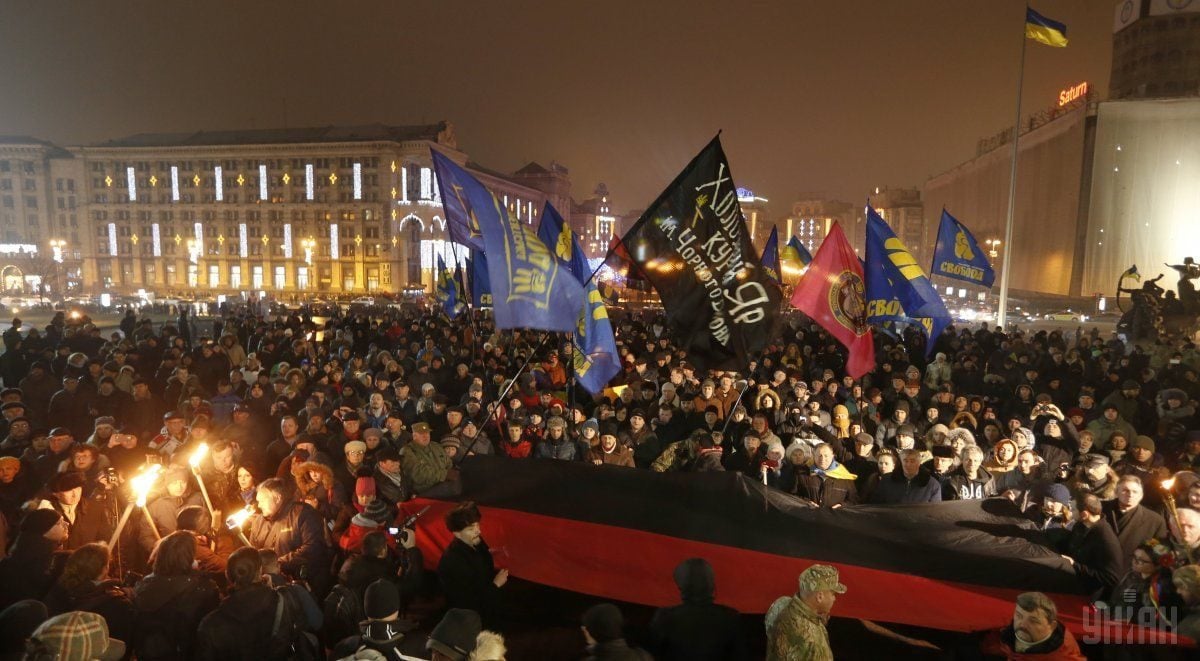 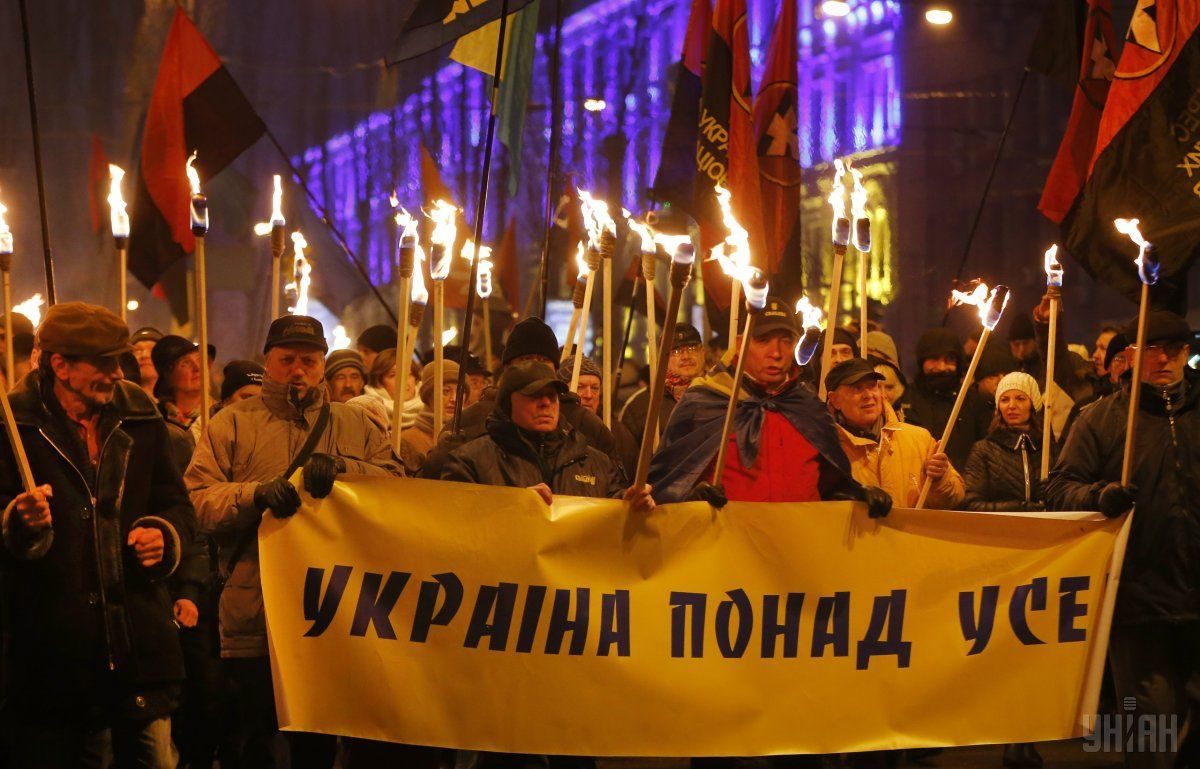 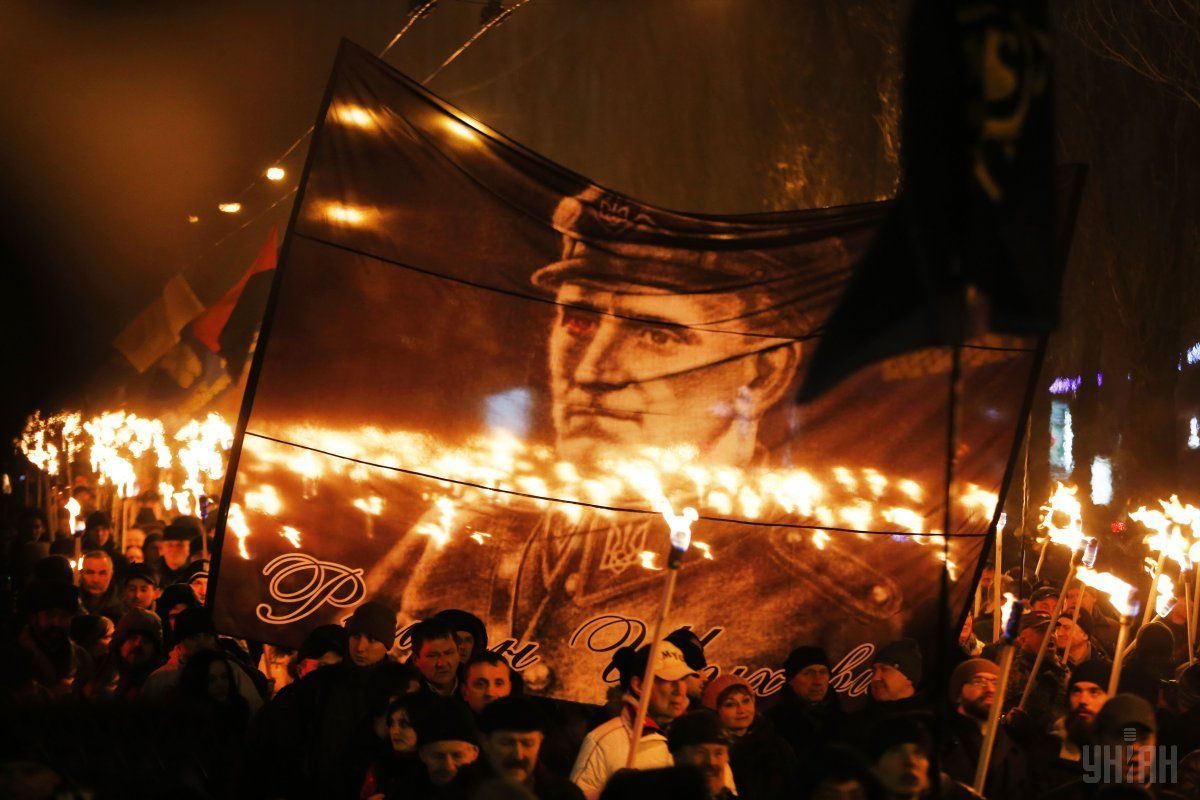 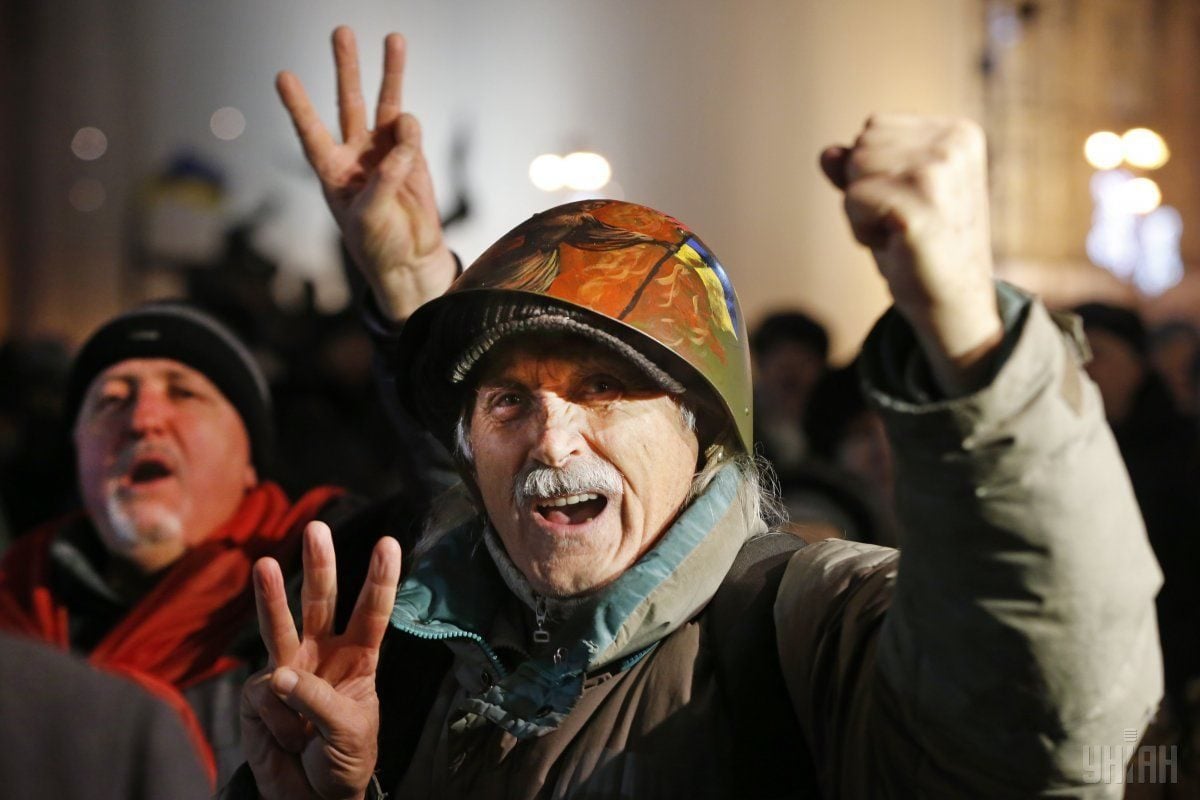 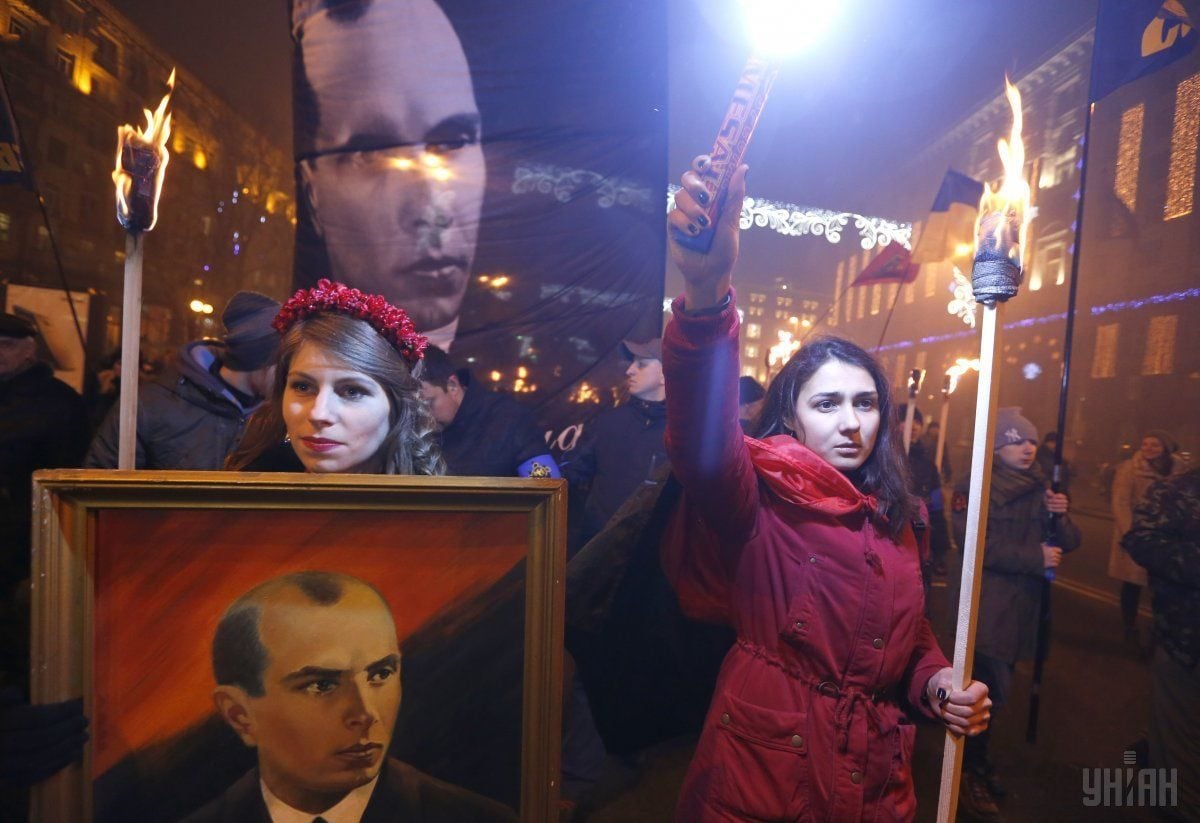 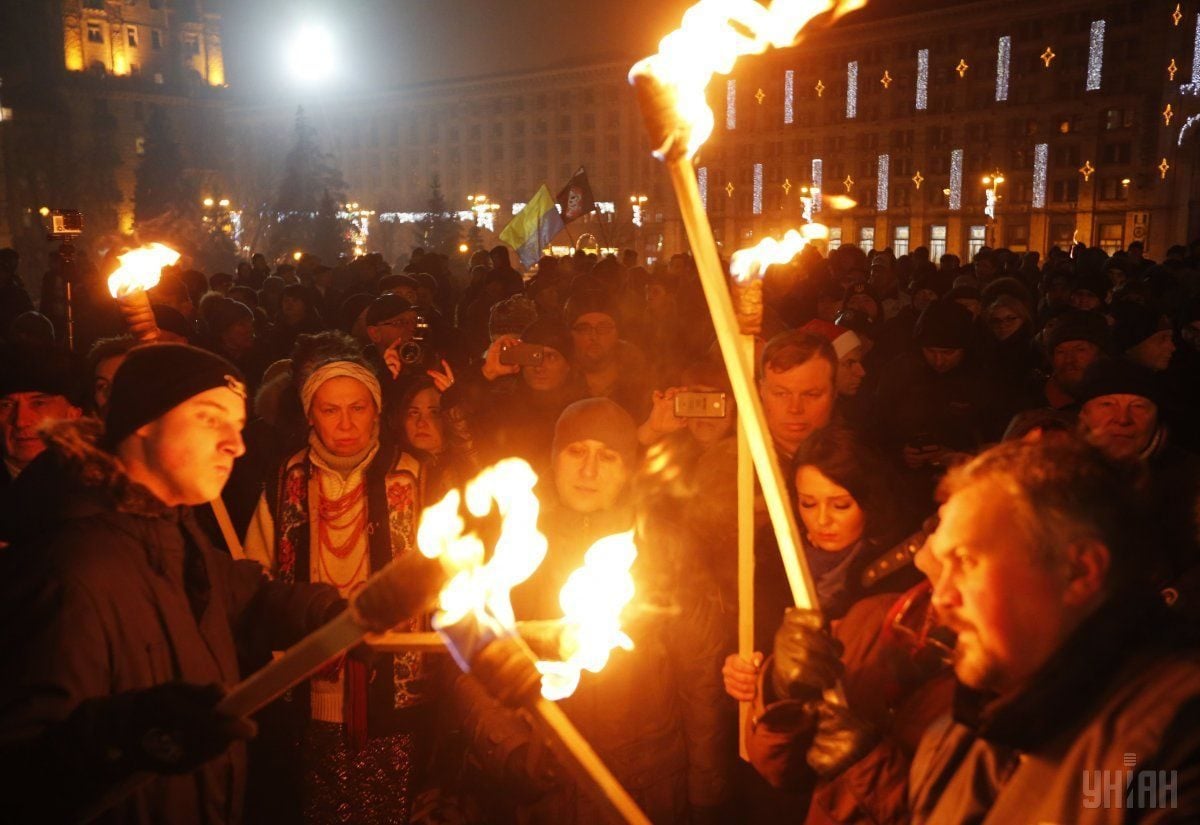 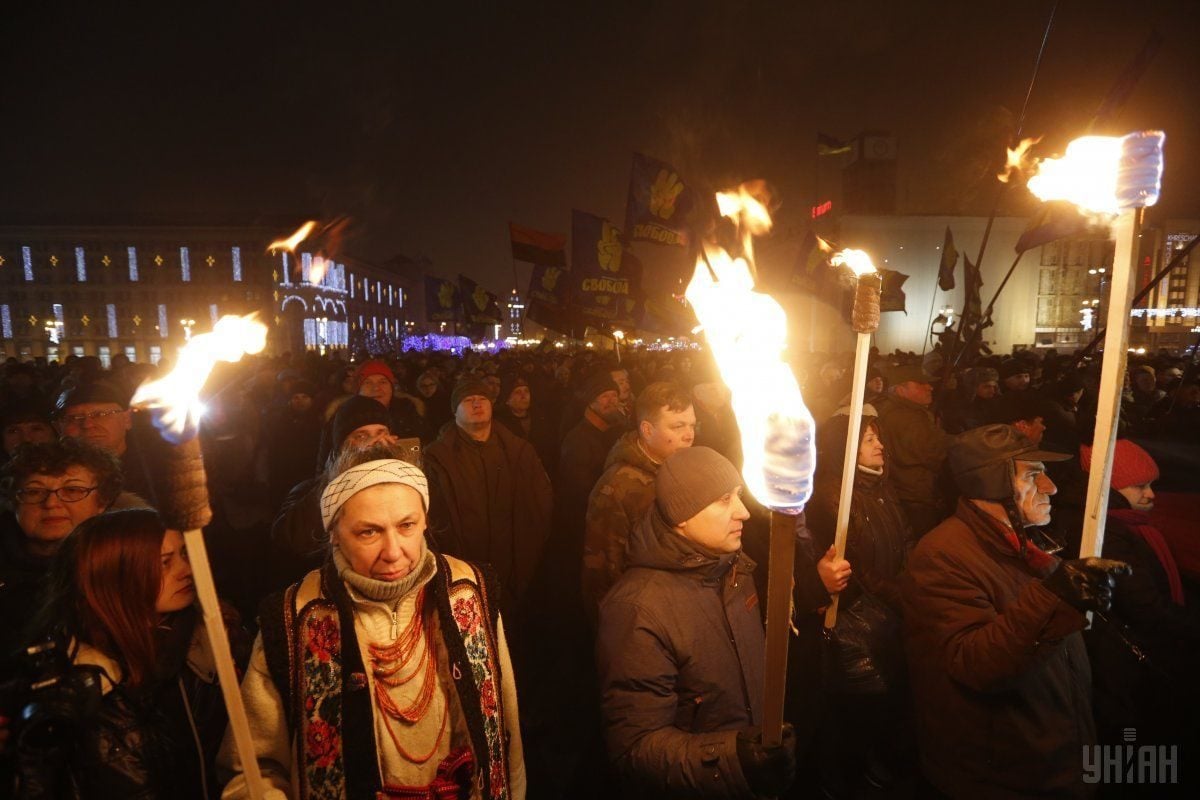 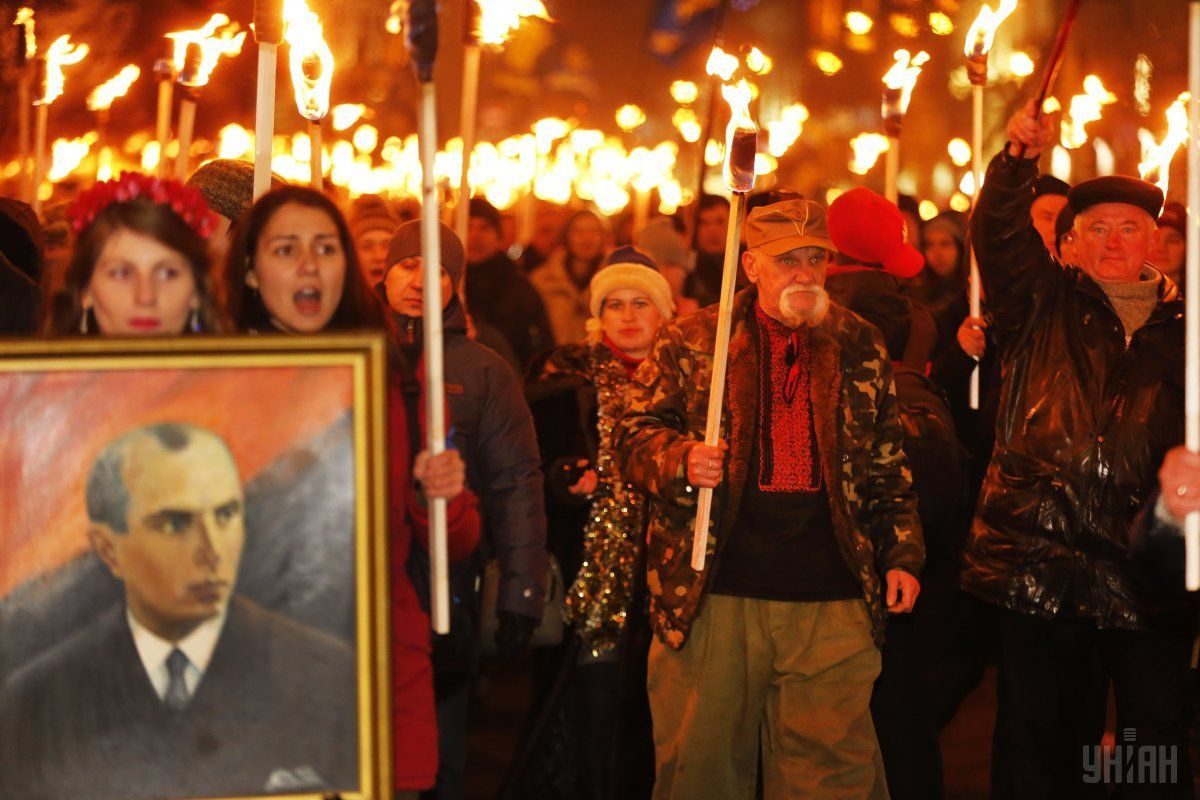 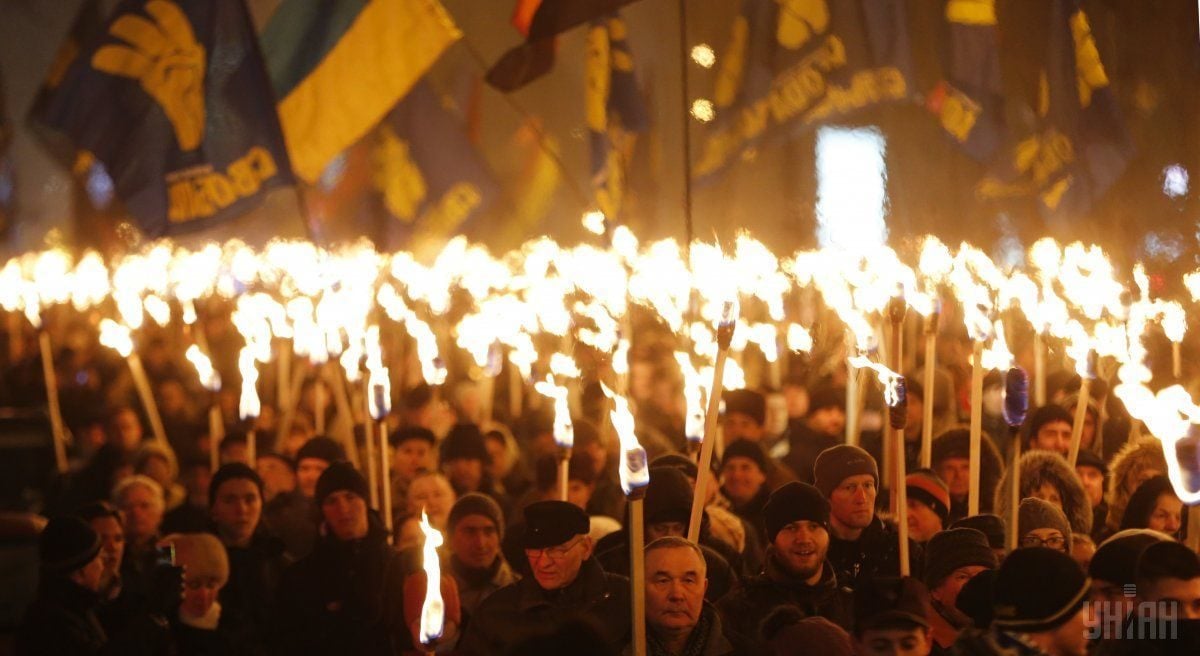 © UNIAN, REUTERS
If you see a spelling error on our site, select it and press Ctrl+Enter