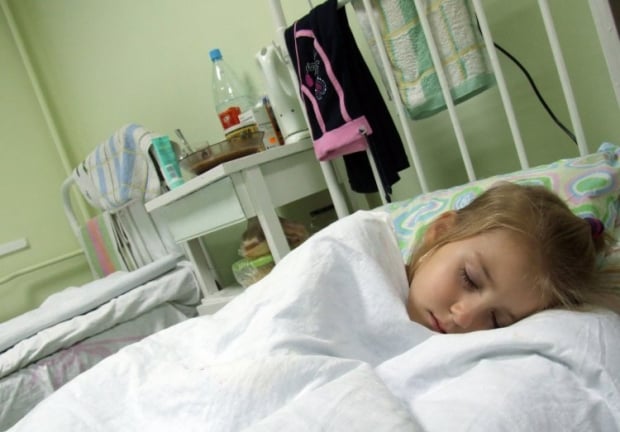 Four people were admitted to local hospitals, according to the TSN.

Both educational facilities were put on quarantine until Monday while the staff said they had never experienced similar problems before.

"Little Sofiyka, who was hospitalized, said she only ate a cutlet and a cucumber at a school [cafeteria] that day. According to her mother, Sofiyka's blood pressure had fallen sharply and she nauseated every 15 minutes,” a TSN correspondent reported from the scene.

As similar symptoms of poisoning were recorded in both locations, namely the temperature up to 38 degrees Celcius and nausea, it turned out that both educational institutions had the same supplier of foodstuffs.

A special commission has launched an investigation into the cause of the incident. Lab tests will be carried out after samples were taken from children, cooks, as well as surveyed products, utensils and equipment.

Read alsoKyiv residents offered to restructure utility debts for 5 yearsThe regional authorities claim the food supplier is cooperating with the investigation team, not concealing any evidence.

The authorities consider timely tackling of the problem their first achievement, as the number of infected has not increased since Friday.

Read alsoDeputy chief of pro-president faction suffers mercury poisoning - mediaOn Monday, the two educational facilities will operate on a reduced schedule, with no catering services to be provided on this day.