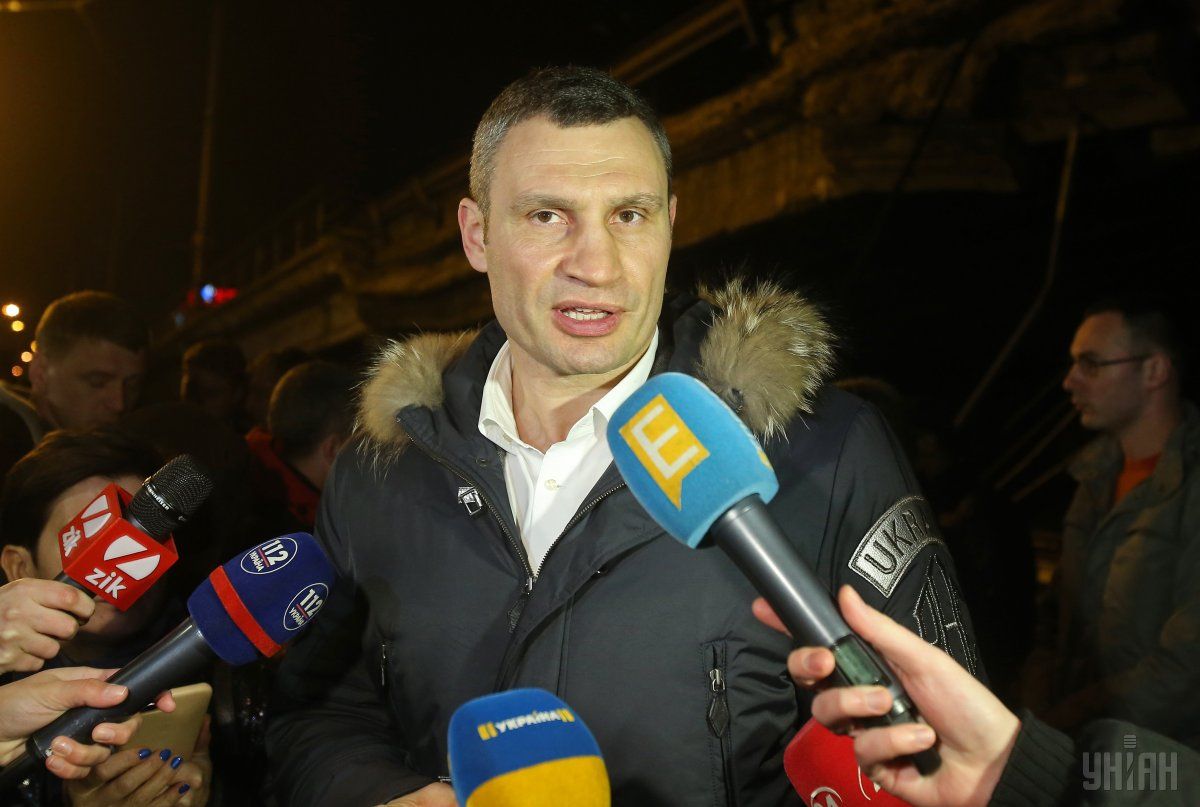 "The decision on dismissal was made regarding people who bear responsibility [for the bridge collapse], namely Deputy Chairman of the Kyiv City State Administration for Transport Infrastructure Illia Sagaidak, for unsatisfactory performance; as well as head of the Solomenskiy district Maksim Shkurko, for neglecting the existing problems. President should endorse the decision. I will submit my proposal today," the mayor said.

Read alsoKyiv's Shuliavsky bridge collapses on Monday (Photos)As UNIAN reported earlier, a section of Kyiv's Shuliavsky bridge was broken away on the evening of February 27. No casualties have been reported. Emergency services have promptly dismantled the part of the exterior structure of the pedestrian overpass that collapsed. Maintenance crews are currently restoring the damaged part of the bridge.