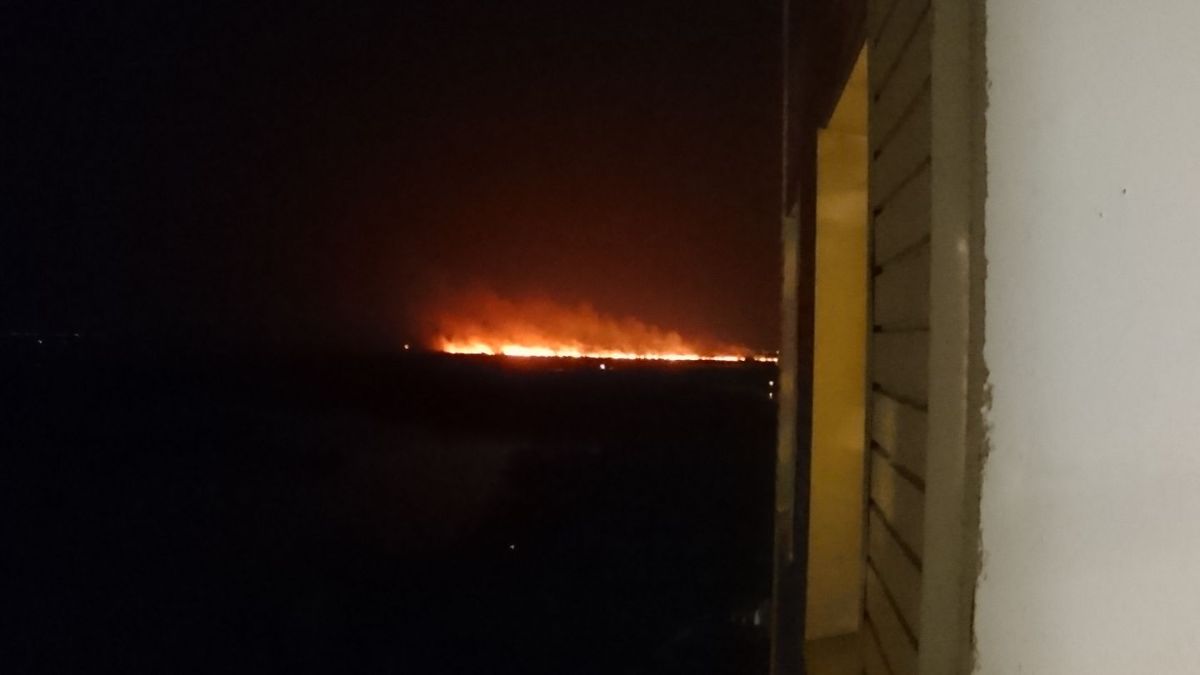 Social media users earlier proposed a theory that it could be a helicopter that has crashed, The Village Ukraine wrote.

The Ukrainian authorities have not confirmed those reports.

Emergency service workers have reported a fire outbreak on an area covered by bulrush.

Fire brigades are working on the scene, it wrote.

Meanwhile, a journalist from the television channel ZIK reported that the fire broke out near a holiday village in the Osokorky area at about 20:00 local time on Wednesday. In his words, it is the ninth kilometer from Kyiv's Bazhana Avenue on the line with the village of Vyshenky. It is close to high-voltage power transmission lines.

There were two firefighting vehicles close to the scene, he said, but they could not get to the point of the outbreak because of a canal and neighboring swamps.

If you see a spelling error on our site, select it and press Ctrl+Enter
Tags:Kyivfire