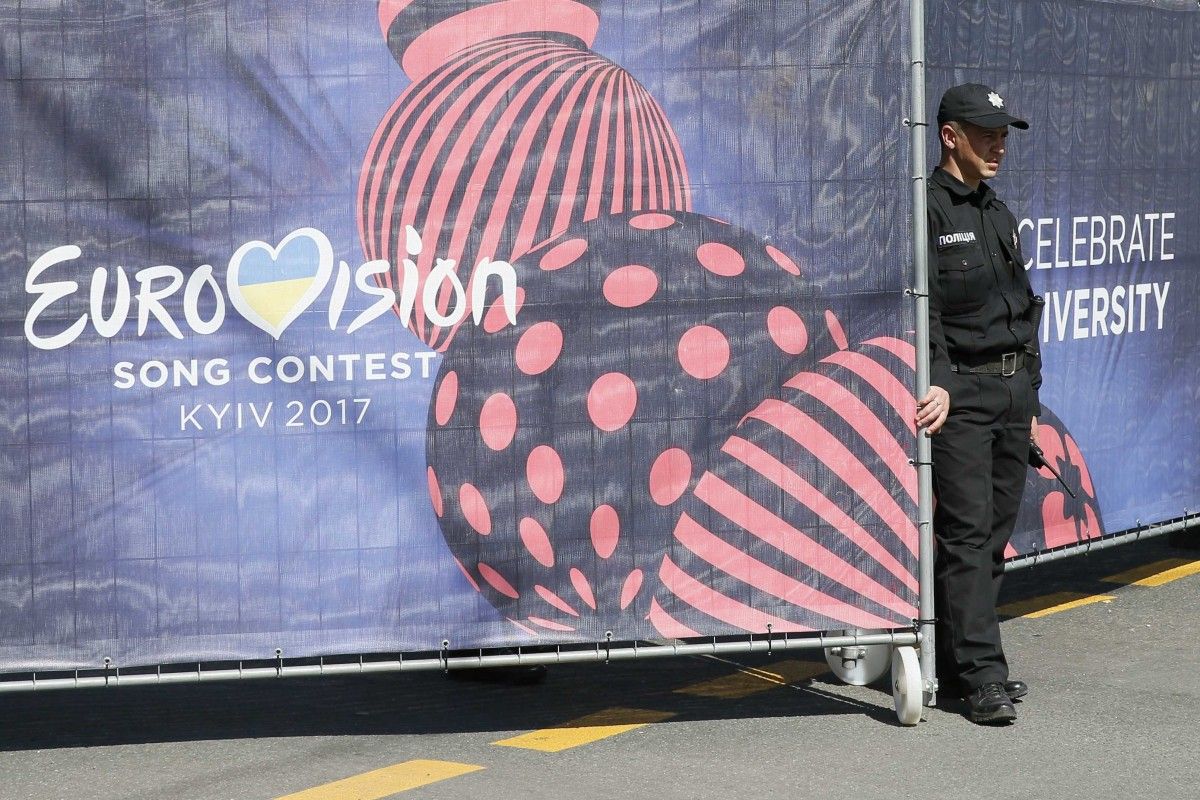 The ProZorro e-procurement system mentions about 30 tenders to buy security services during the contest in Kyiv, Ukrayinska Pravda wrote.

Some UAH 1.029 million was paid to protect official delegations and Eurovision contestants. An agreement on relevant services was concluded on May 4 with the Odesa Regional Department of Security Police.

The welcome meeting of Eurovision participants with cameras and spectators took place during the opening ceremony near the Verkhovna Rada building and in the premises of Euroclub (Parkovy Congress and Exhibition Center) on May 7.

Protection during the opening ceremony and concert cost the organizers almost UAH 1.3 million.

The Kyiv Regional Department of Security Police received almost UAH 790,000 from the National Public Broadcasting Company of Ukraine (NPBCU) for ensuring security during the opening ceremony and patrolling near the Parkovy.

Nearly UAH 250,000 was paid to two private security firms each (LLC Briard and LLC Sparta XX) for organizing internal security in the Euroclub amid the opening of the song contest.

Read alsoAll countries qualified for Eurovision's Grand Final become knownProtection of Eurovision's main arena costs even more. According to published contracts, spending on protecting the Kyiv International Exhibition Center (KIEC) and organizing the access control system will require over UAH 10 million. In particular, UAH 1.04 million will be paid to LLC Constable for safeguarding the internal perimeter of the exhibition center. Patrolling and keeping order from outside of the KIEC, the Kyiv Office of Security Police will cost UAH 6.8 million. Another UAH 155,000 will be paid for the services of fire trucks of the State Emergency Situations Service's Main Department in Kyiv.

LLC Design and Engineering Center's bill for the organization of the access control system under three contracts exceeds UAH 2 million.

In addition, UAH 1.4 million will be transferred by the NPBCU to the V Ticket private enterprise, which provides the services of data processing centers and the system of scanning of Eurovision tickets.

In addition to security of purely human resources, Eurovision organizers also spent an additional UAH 23 million on technical means needed to ensure the safety of the contest.

In particular, the NPBCU will pay almost UAH 9 million to three private companies for metal defecting frames installed in the International Exhibition Center and the Eurovision fan zones. LLC Sparta XX will receive UAH 1.4 million, LLC Vatec will get UAH 2.8 million, and LLC Scan Systems will be paid UAH 4.7 million under two contracts.

Another UAH 14.262 million was paid for video surveillance systems provided by the SI BIS firm, which deployed a network of 115 surveillance cameras and arranged a service center to process data from the CCTV cameras. The company also trained NPBCU personnel and undertook to dismantle the equipment after the contest is over.

If you see a spelling error on our site, select it and press Ctrl+Enter
Tags:EurovisionESC2017security