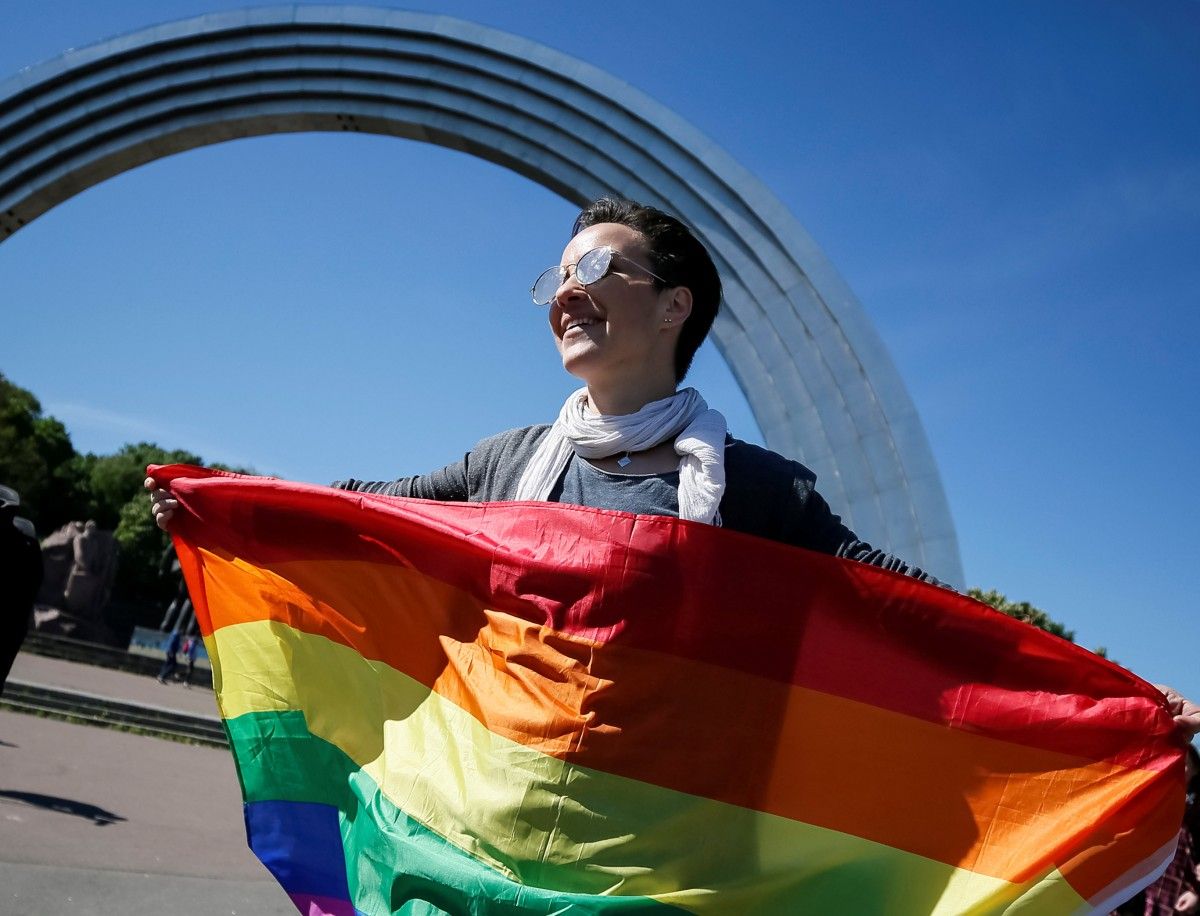 Activists holding flags of the LGBTI community gathered near Kyiv's Friendship of Nations Arch on that day.

The date was chosen to commemorate the decision to remove homosexuality from the International Classification of Diseases of the World Health Organization (WHO) in 1990.

Read alsoKyivPride slated for mid-June, Khreshchatyk considered as venueAs UNIAN reported earlier, activists from the Right Sector organization and the Svoboda Party on April 27 stopped work to paint rainbow colors on the Arch, as they claimed it was an act of hidden LGBTI propaganda.

Mayor of Kyiv Vitaliy Klitschko later said a pattern of a Ukrainian national ornament would be added to the decoration of the Arch. 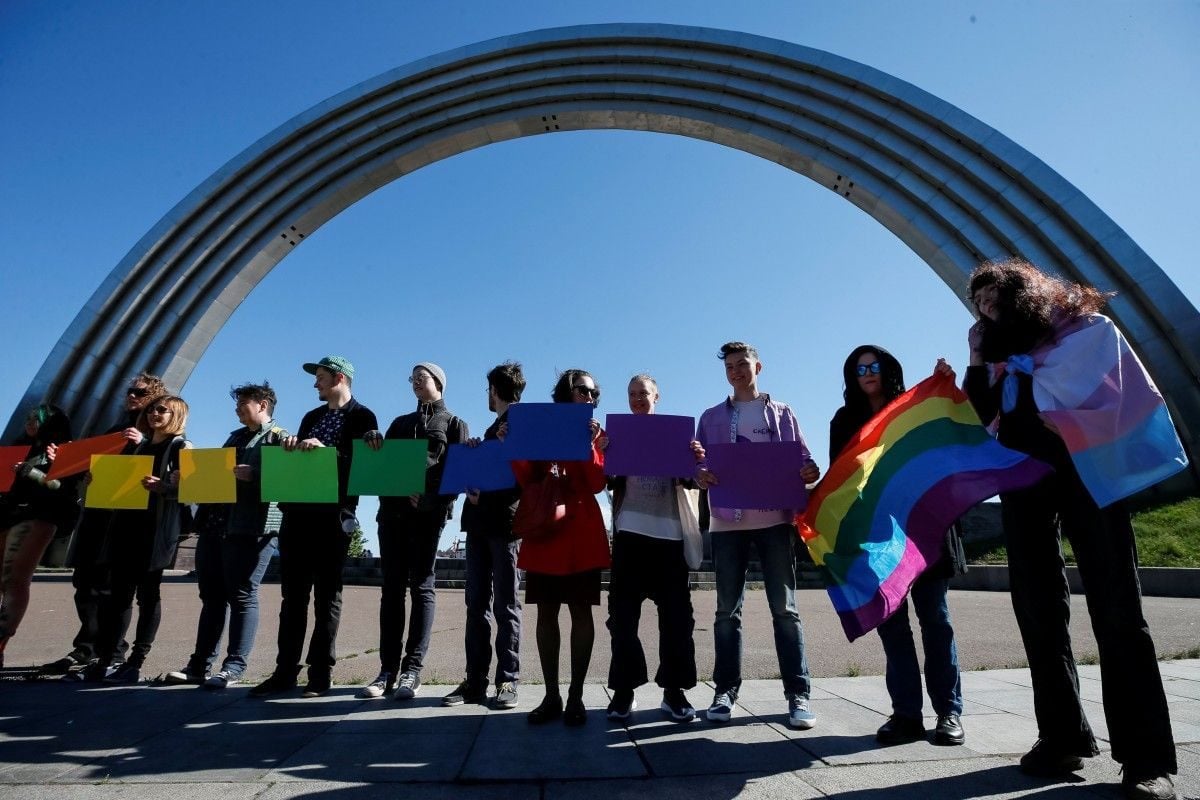 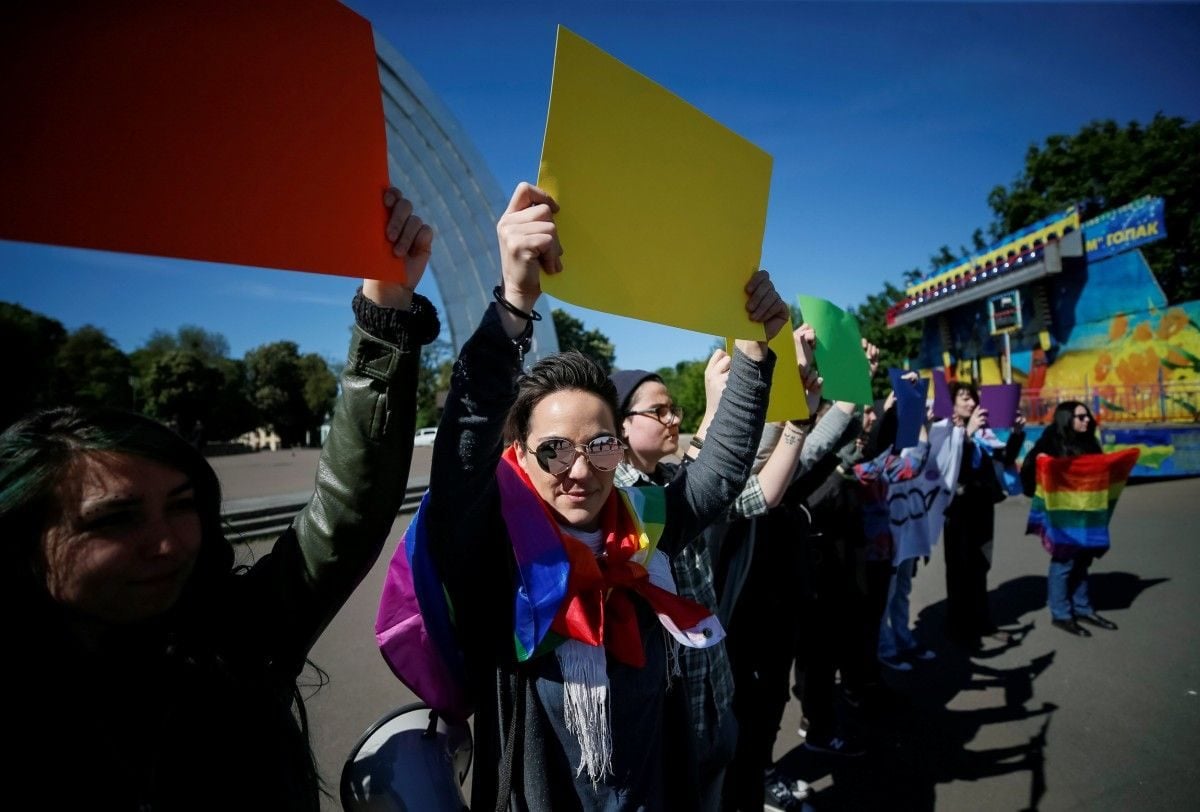 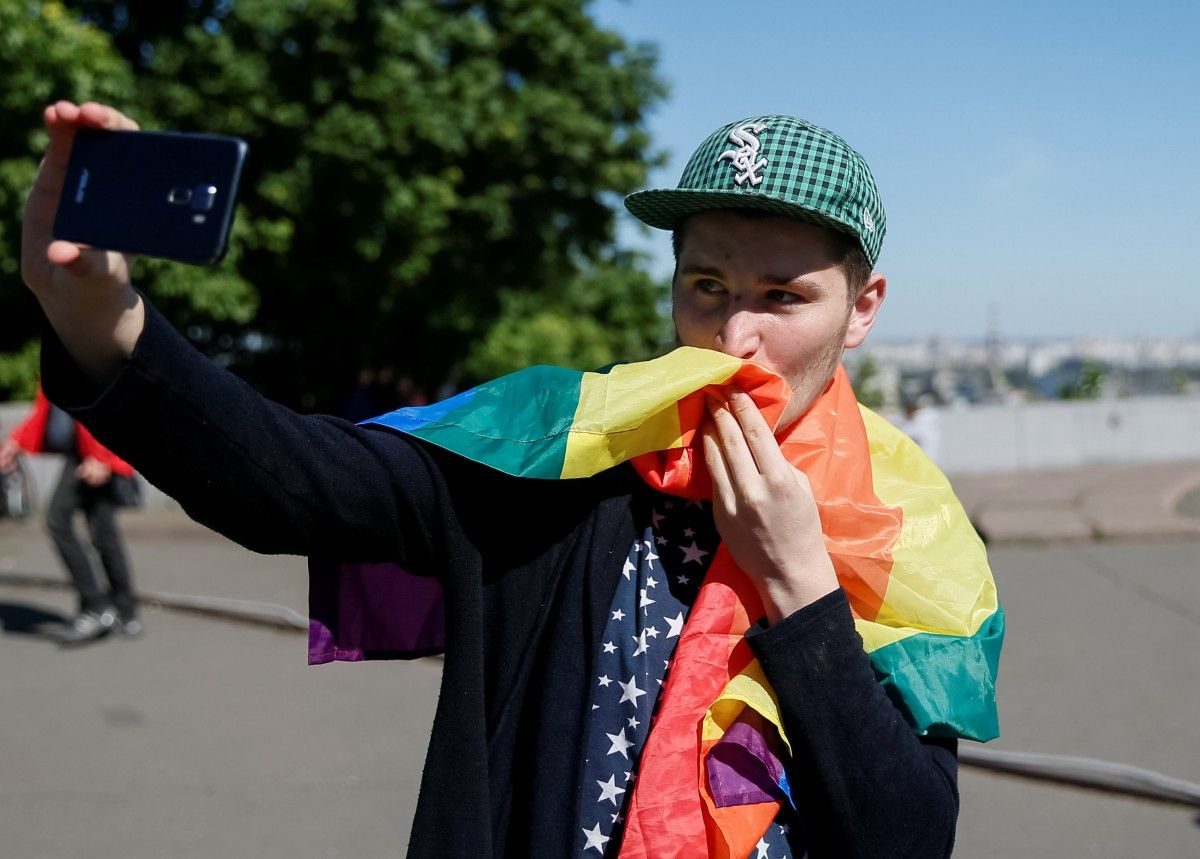 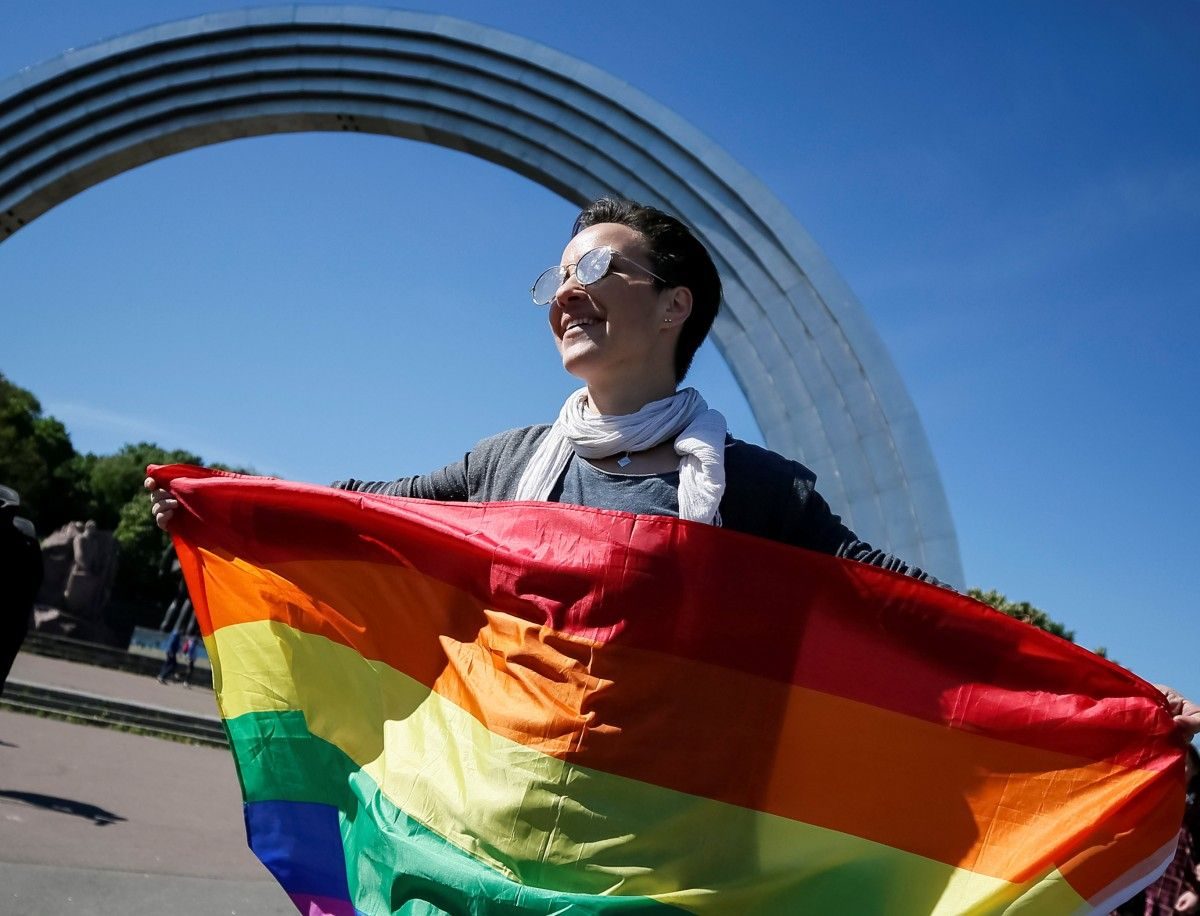 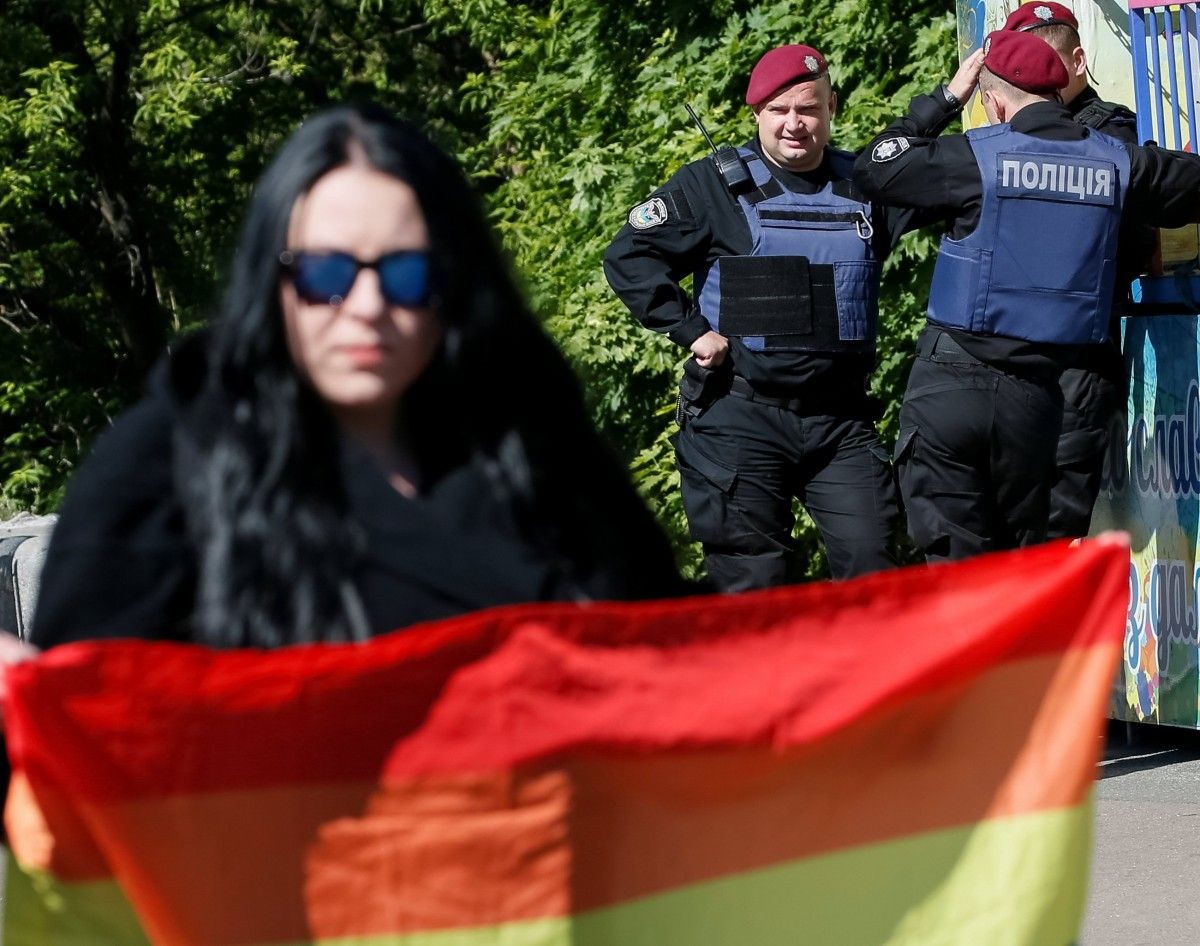 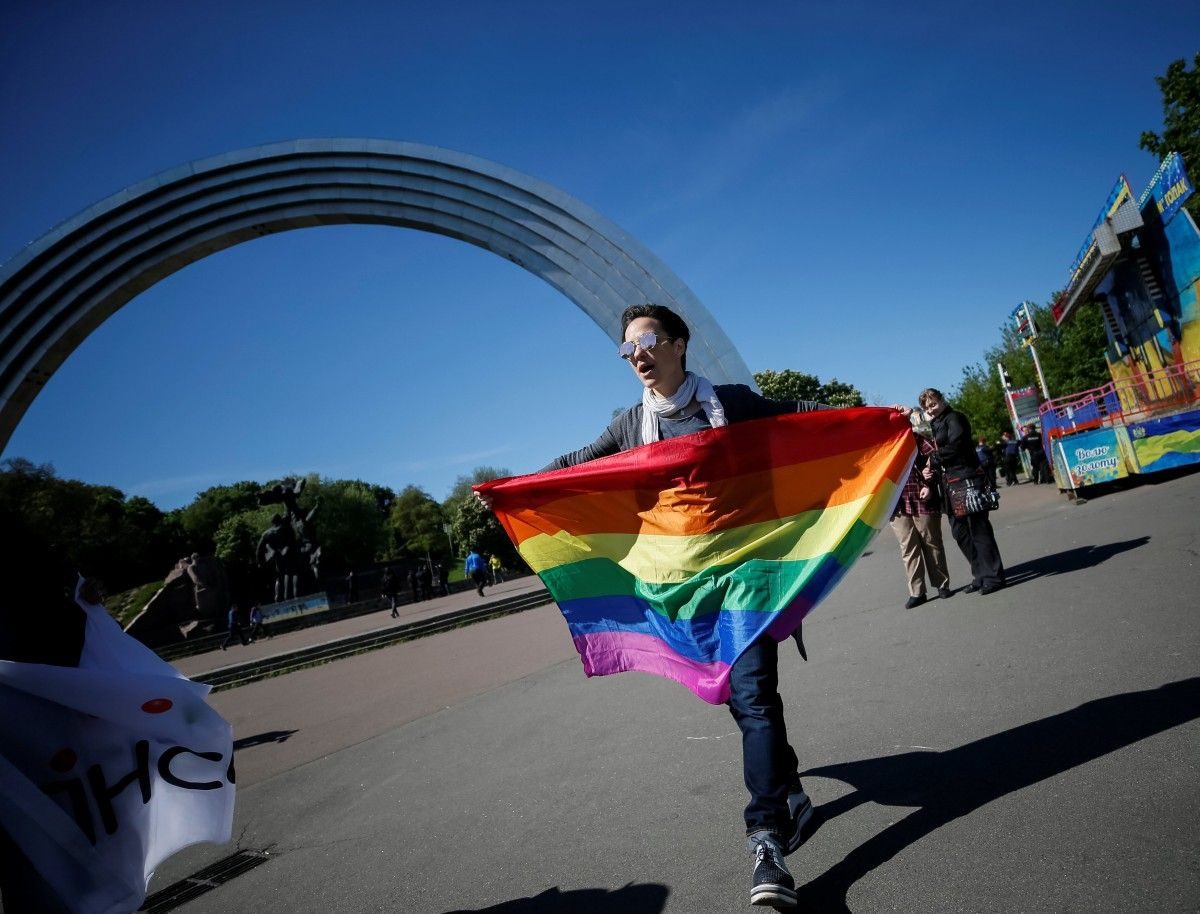 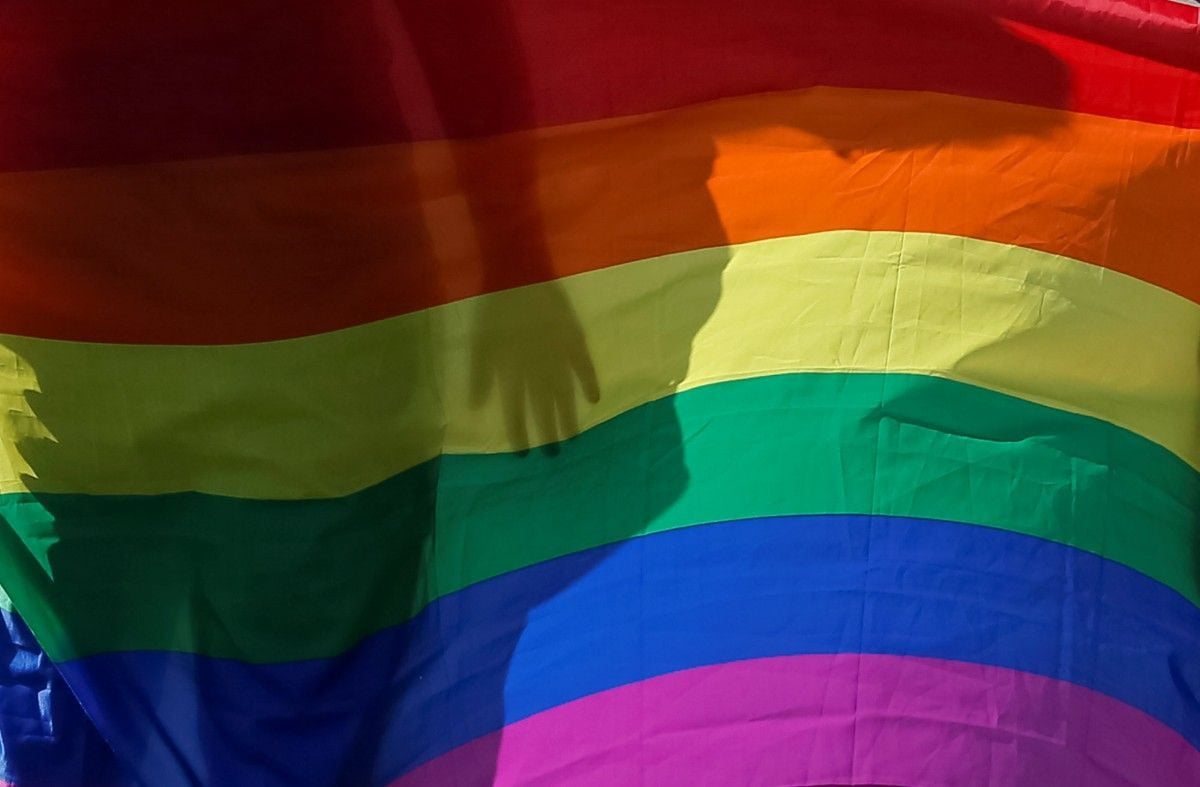 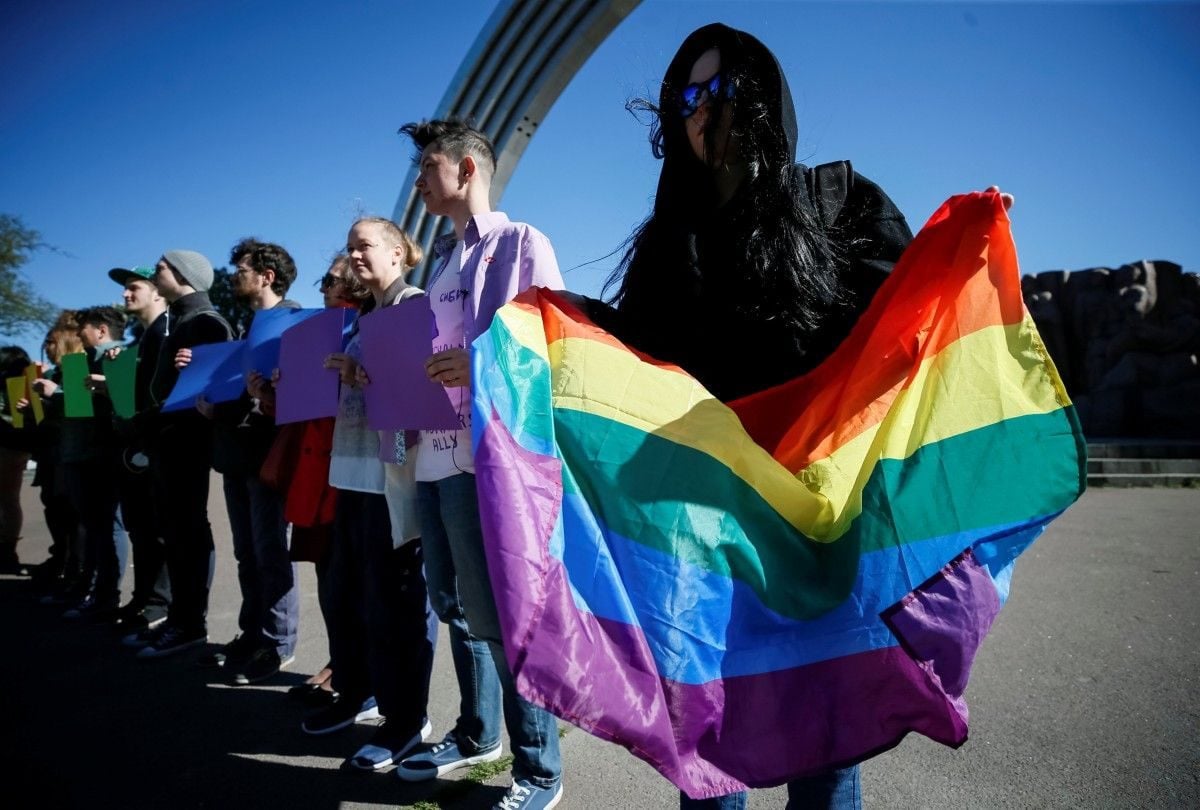 © REUTERS
If you see a spelling error on our site, select it and press Ctrl+Enter
Tags:KyivLGBTI