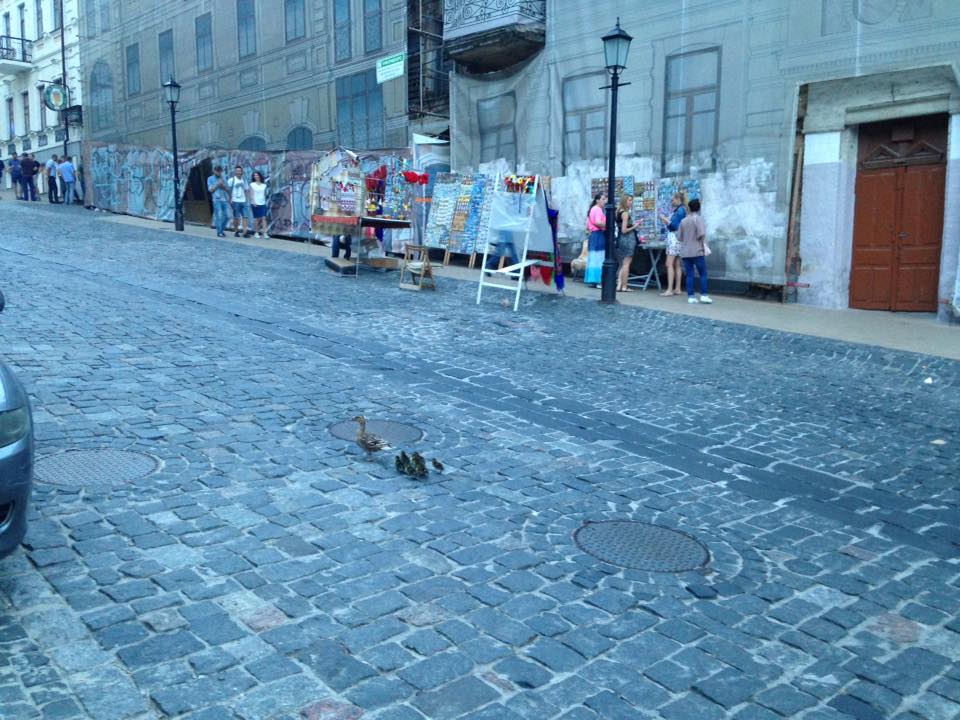 Apparently, police arrived at the scene following reports of ducklings being stranded down in the sewage and managed to eventually get the little ones with the use of special equipment onto the surface back to their distressed mother, safe and sound.

Read alsoKyiv to build new subway station to extend Svyatoshyn line"The duck and her eight ducklings have been rescued!" The police freed two from the sewage with the use of equipment, and took them in boxes from Andriyivskyi Uzviz (Descent) to Trukhaniv Bay," Bernasovska wrote on Facebook.

As UNIAN reported earlier, in June, drivers rescued another duck family, who tried to cross a multi-lane highway at the junction in Kyiv's Vydubychi district.

If you see a spelling error on our site, select it and press Ctrl+Enter
Tags:UkraineKyivpolicerescue