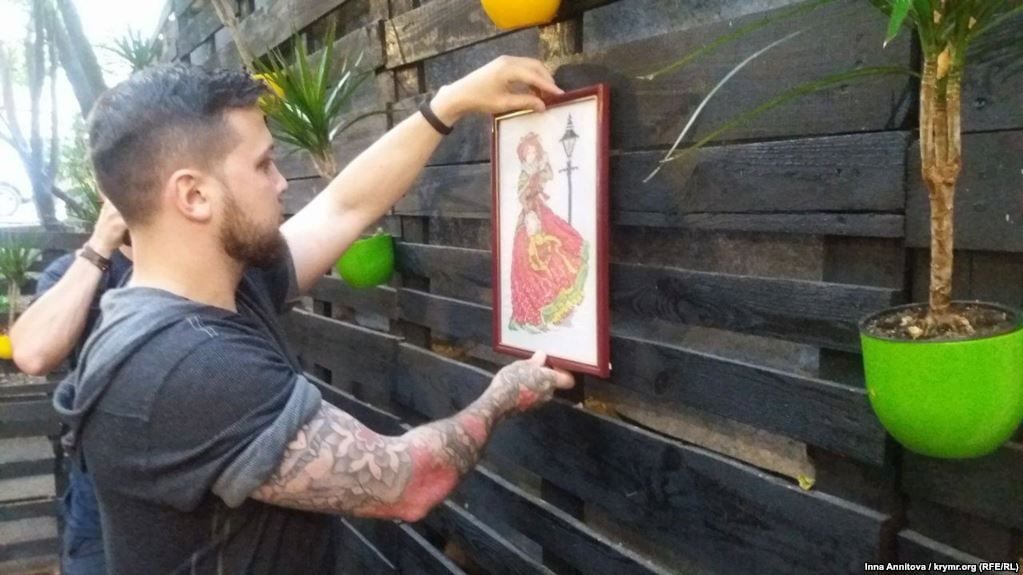 According to the organizers, this will be the second attempt to hold the event. Initially, the auction was to be held July 27, but it was postponed due to unfavorable weather conditions, Krym.Realii says.

On August 13, the auction starts off at 18:00 in Kyiv-based Pizza Veterano cafe. It is organized by the adviser of the Minister for Foreign Affairs of Ukraine on issues of political prisoners Hennady Afanasyev and Euromaidan-Crimea NGO.

"Since the beginning of the occupation of Crimea and the war in eastern Ukraine, more than 48 of our citizens have become hostages of the Russian Federation. They are being held groundlessly in Russian prisons, some even have already been convicted to dozens of years in prison on unfounded. Ukrainian political prisoners in Russia have no adequate financial support. Our public duty is to support them morally and financially!" the organizers note.

Embroidered paintings which are to be auctioned off have been provided by an IDP artist from the annexed Crimea. Prices start from UAH 500 a piece.

If you see a spelling error on our site, select it and press Ctrl+Enter
Tags:RussiaUkrainepoliticalprisonerscharityhumanrightsauction