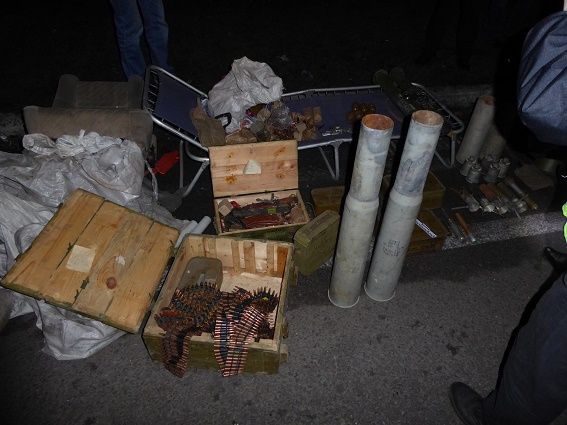 Law enforcers stopped a Ford Transit minivan after it was seen driving with its headlights off in the night time, the press service reported.

In addition, the police say they found 40 items similar to VOG-25 underbarrel grenades.

The man explained that he had brought the ammo from the zone of the Anti-Terrorist Operation, where he said he had previously served in a volunteer battalion.

He had reportedly kept the arsenal in his garage before deciding to transport it for further storage to the countryside in the neighboring region.

The driver has been detained as criminal proceedings have been initiated under Article 263 of the Criminal Code of Ukraine (illegal handling of weapons, ammunition or explosives).

If you see a spelling error on our site, select it and press Ctrl+Enter
Tags:UkraineKyivpolicecrimeammo