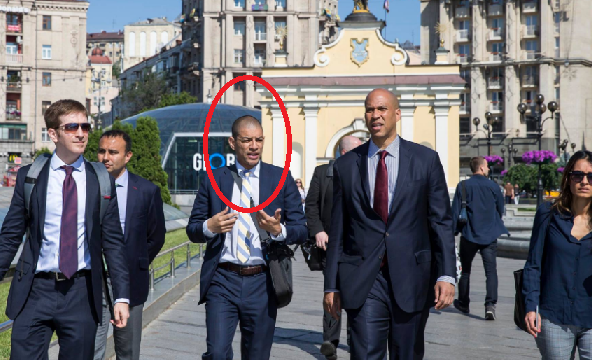 "The 40-year-old victim said he had been going to a fast food restaurant at night, listening to music. When he got up from the underpass, a stranger came up towards him and probably said something. The foreigner started to get his headphones out of his ears and received a punch in the face," said Ihor Padiuk, the head of Kyiv's Shevchenkivskiy police department.

Read alsoUnidentified individuals throw firecrackers into strip club's lobby downtown KyivIn the morning, the embassy's security service recommended he should report the incident to the police.

Meanwhile, the Ukrainian news outlet Obozrevatel reported with reference to its source that the victim was Second Secretary of the U.S. Embassy in Ukraine Omar Cardentey. According to the publication, the attack was committed by a group of men.

If you see a spelling error on our site, select it and press Ctrl+Enter
Tags:USAattackKyivdiplomat