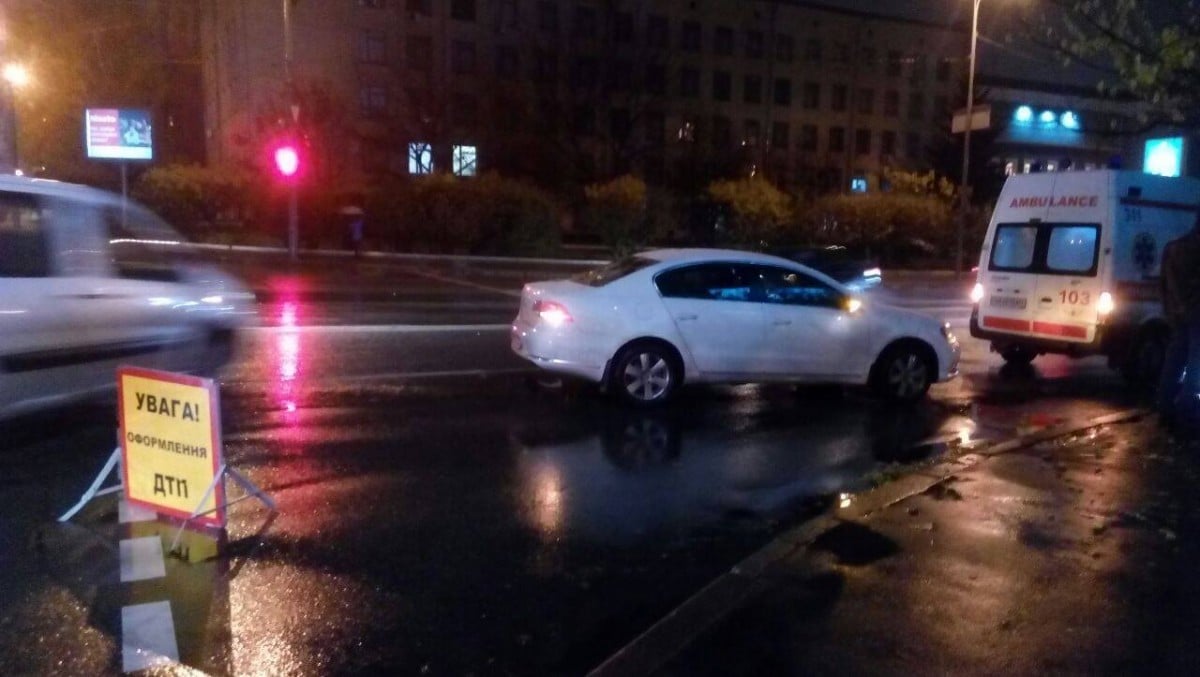 The incident occurred at 17:20 on Nov. 12, at the crossroads of Staronavodnytska Str. and Kutuzova Str. in Kyiv, where the attache of the Russian Embassy in Ukraine, Mukhamadeyev Chingiz Uralovich, driving a Volkswagen Passat, hit a Ukrainian national, Andrianova N.A., born in 1959, who was later admitted at Hospital 17 with a bruised chest and wrist fracture, Censor.net reported citing its sources.

The police speaker says the woman was provided medical assistance at a hospital ER without further hospitalization. The woman's daughter sustained a pelvic contusion.

Read alsoOne dead, two injured as Ukraine police car hits anti-tank mine in DonbasThe Russian diplomat did not refuse from passing a breath alcohol test. Due to the diplomatic immunity of the Russian citizen involved in the incident, patrol police officers did not seize his driver's license.

If you see a spelling error on our site, select it and press Ctrl+Enter
Tags:UkraineKyivcaraccident