On November 29, the Amsterdam-based street art promotion platform Streetart.today named one of Kyiv's latest artworks called "Rise up in the Dirt" among the best murals of November. 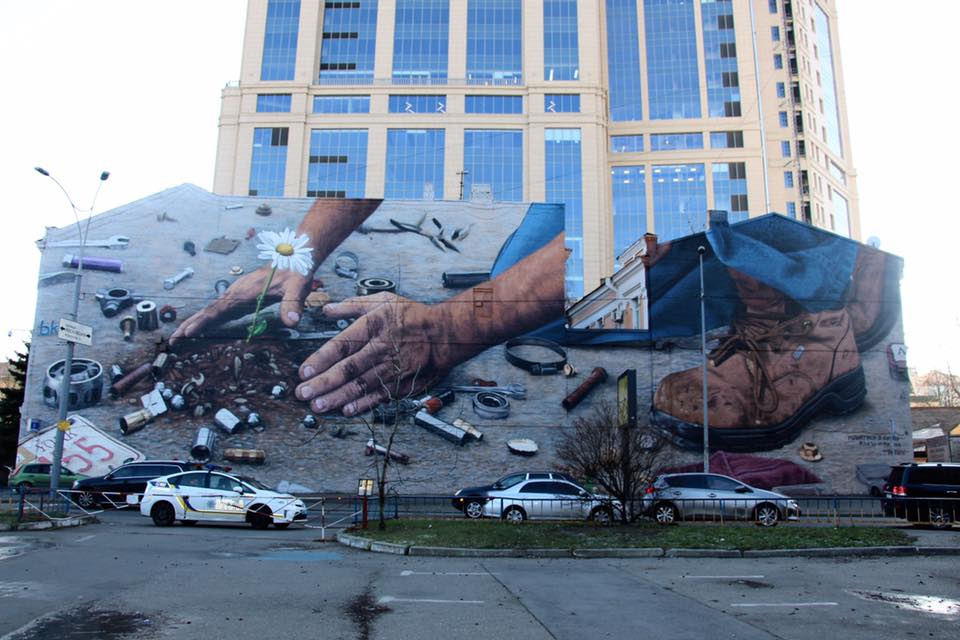 "The last painting on our list of Best Murals of November is made by BKfoxx. Named 'Rise Up in the Dirt', the image is based on indie pop band Voxtrot's song with the same name. Location: Kyiv, Ukraine," Streetart.today reported.

The painting, which stretches across the wall of Kyiv's Pechersk district police department, depicts a set of male hands scooping up earth around a flower. The artwork was created by New York-based female street artist BKfoxx.

If you see a spelling error on our site, select it and press Ctrl+Enter
Tags: #Ukraine#Kyiv
Latest news