Law enforcers have cordoned the court premises, with several dozen police vehicles, including paddy wagons, parked on the adjacent streets. 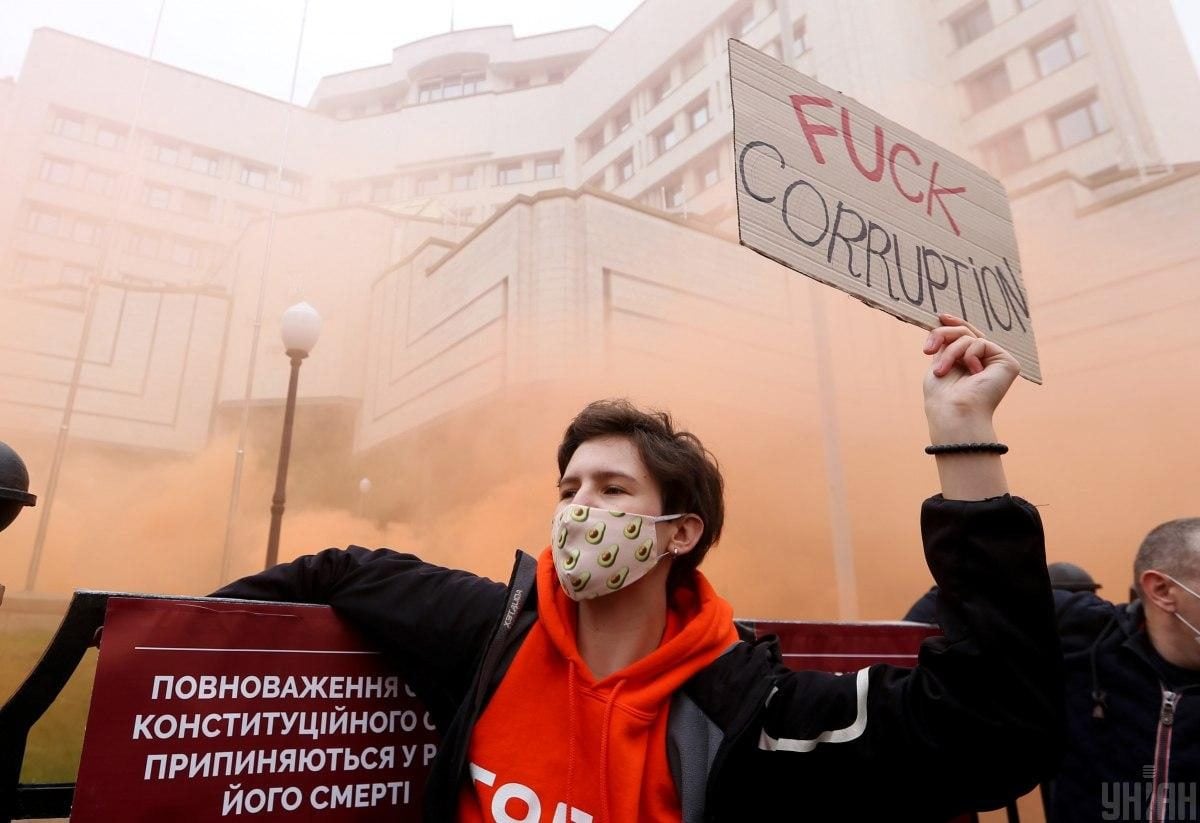 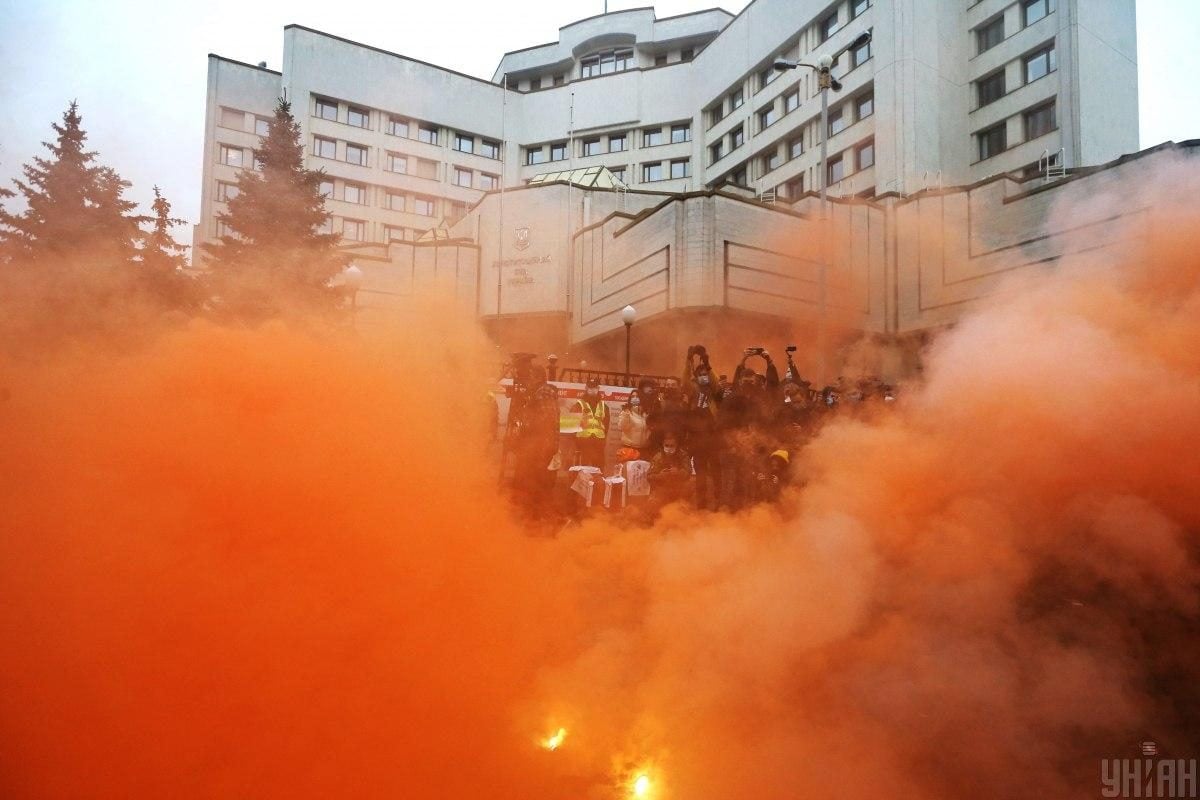 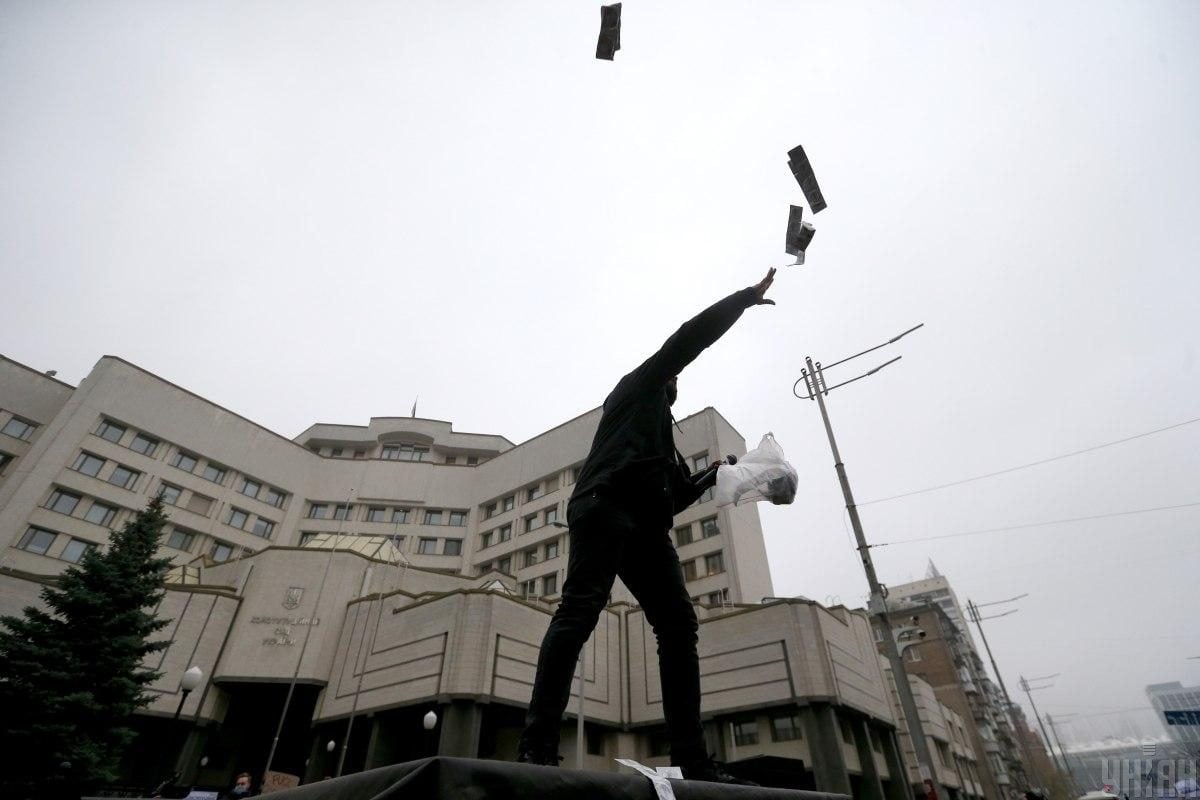 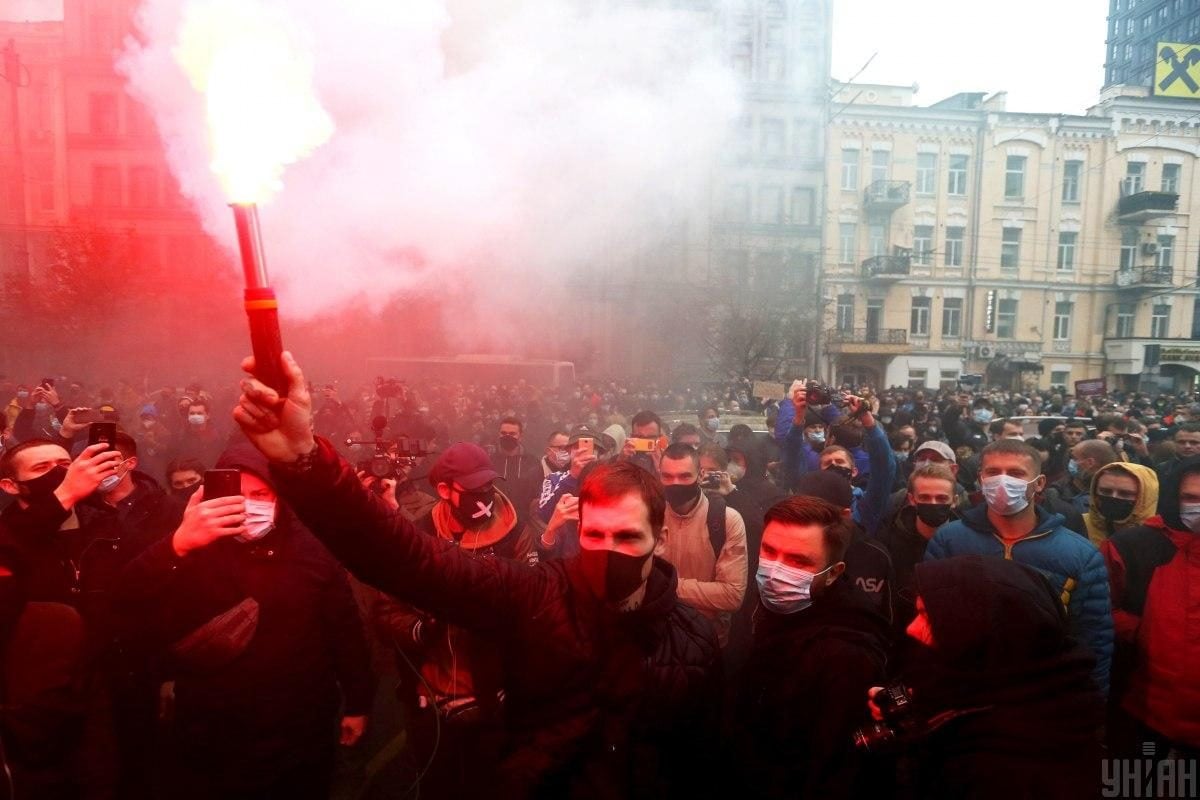 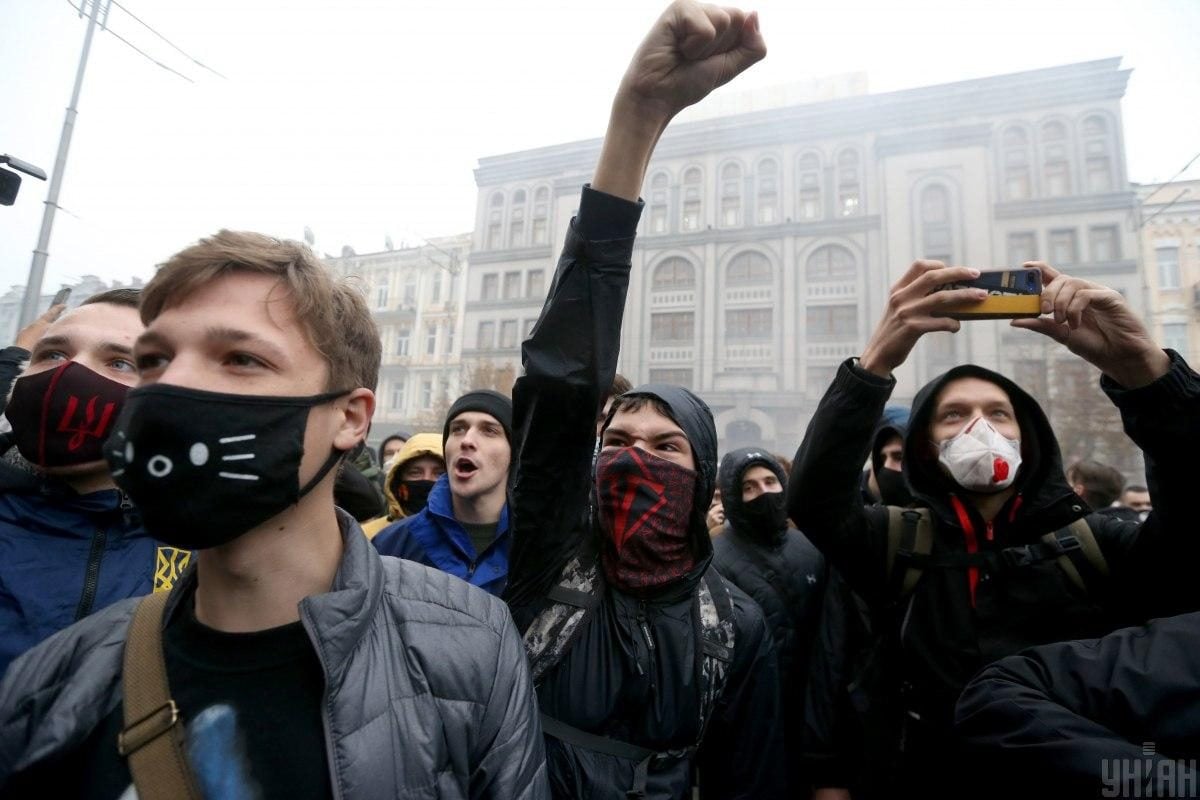 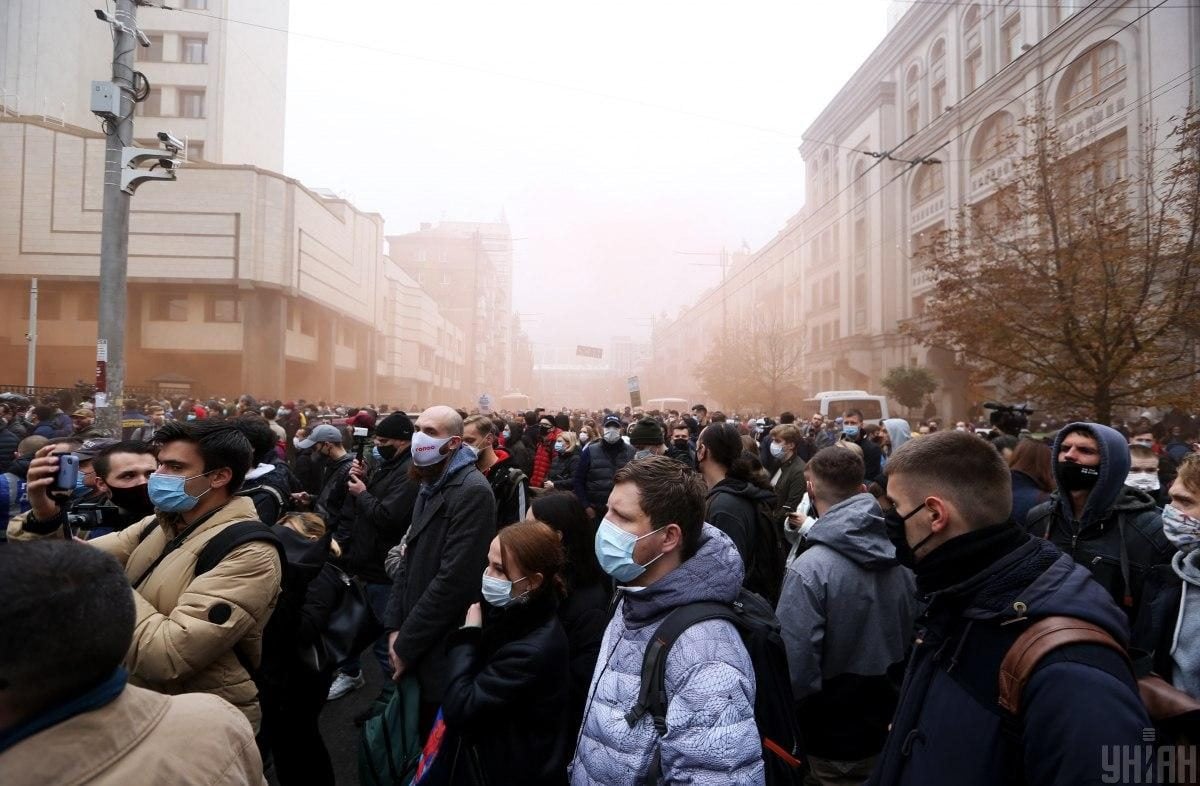 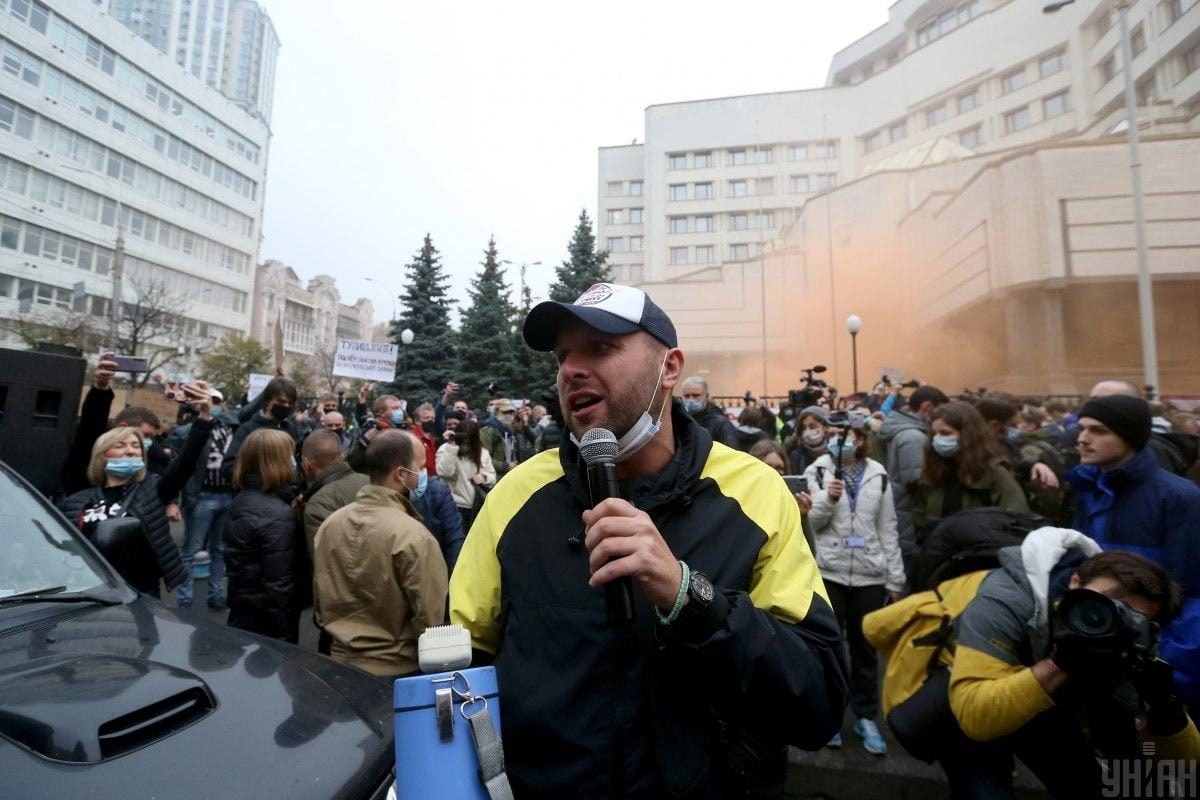 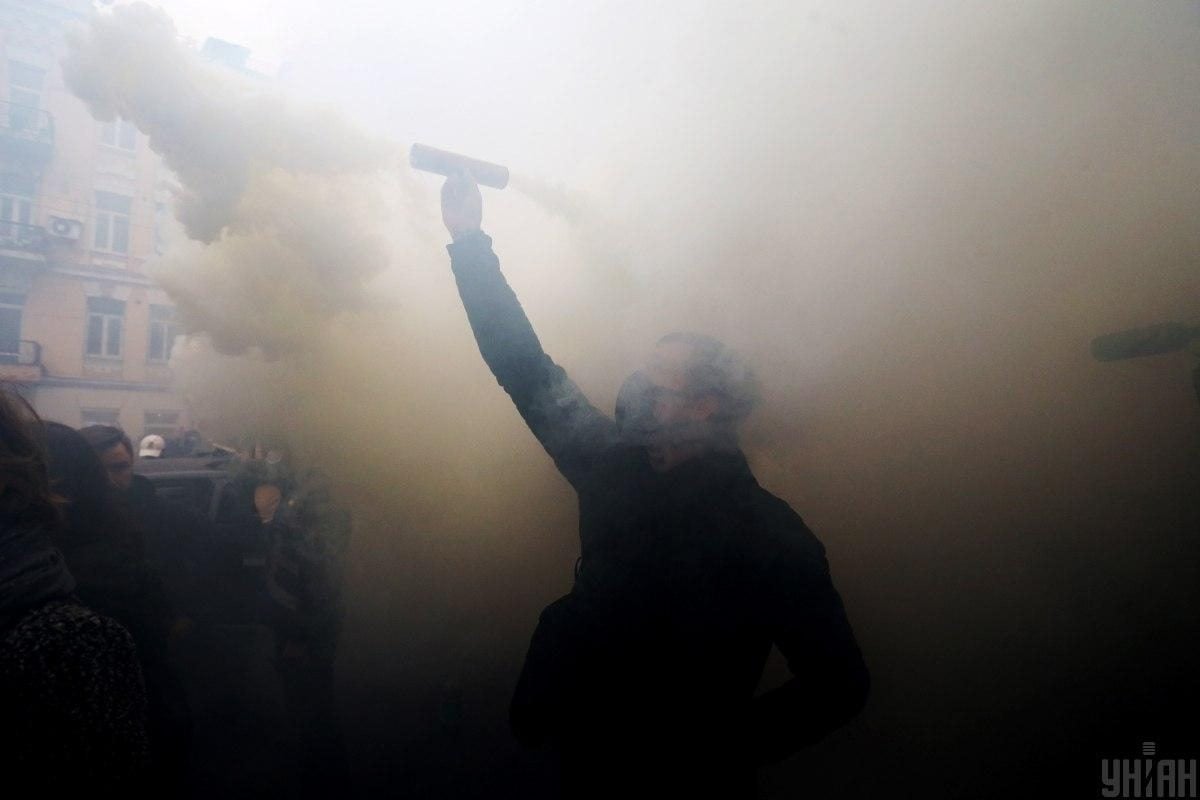 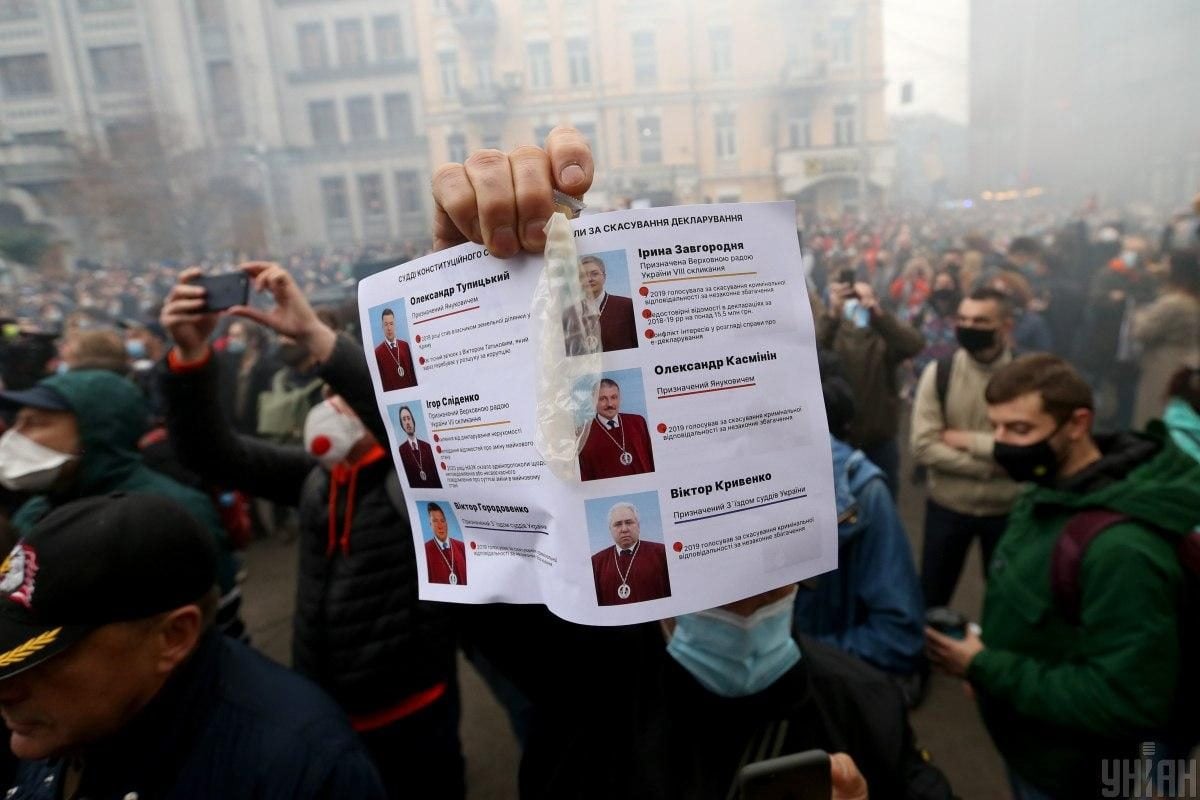 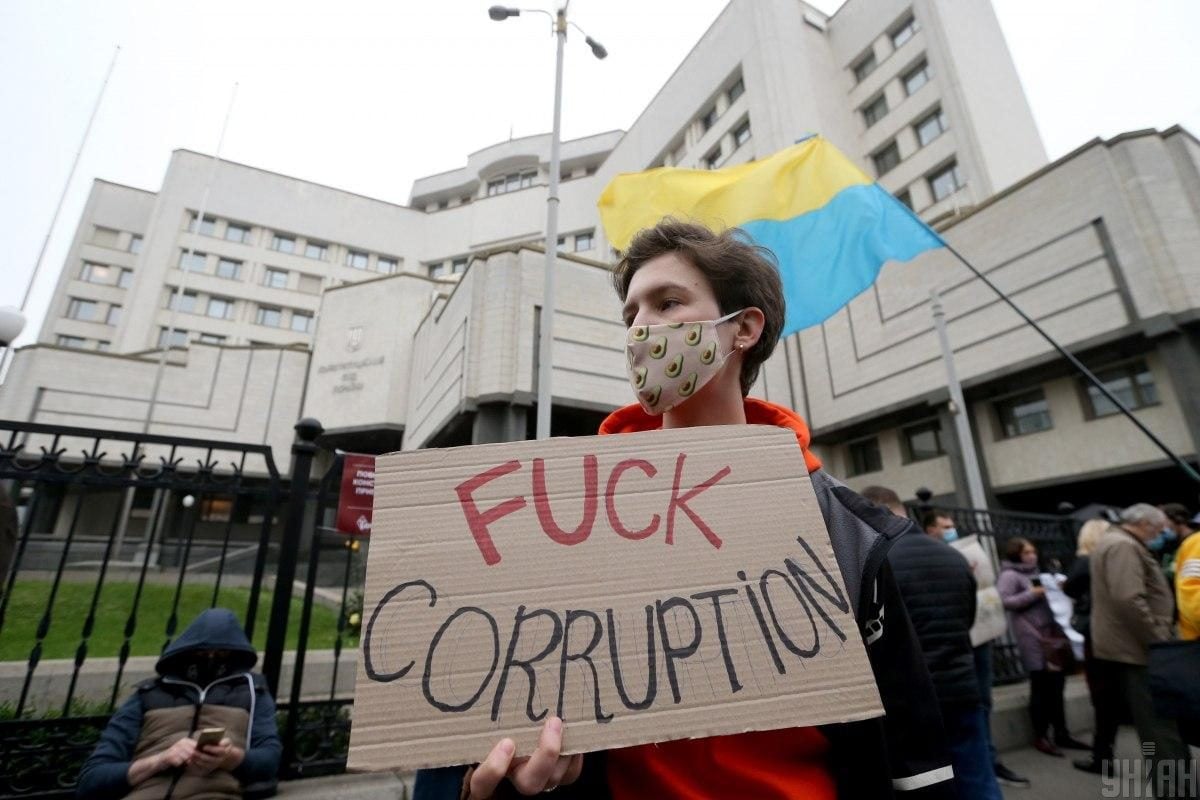 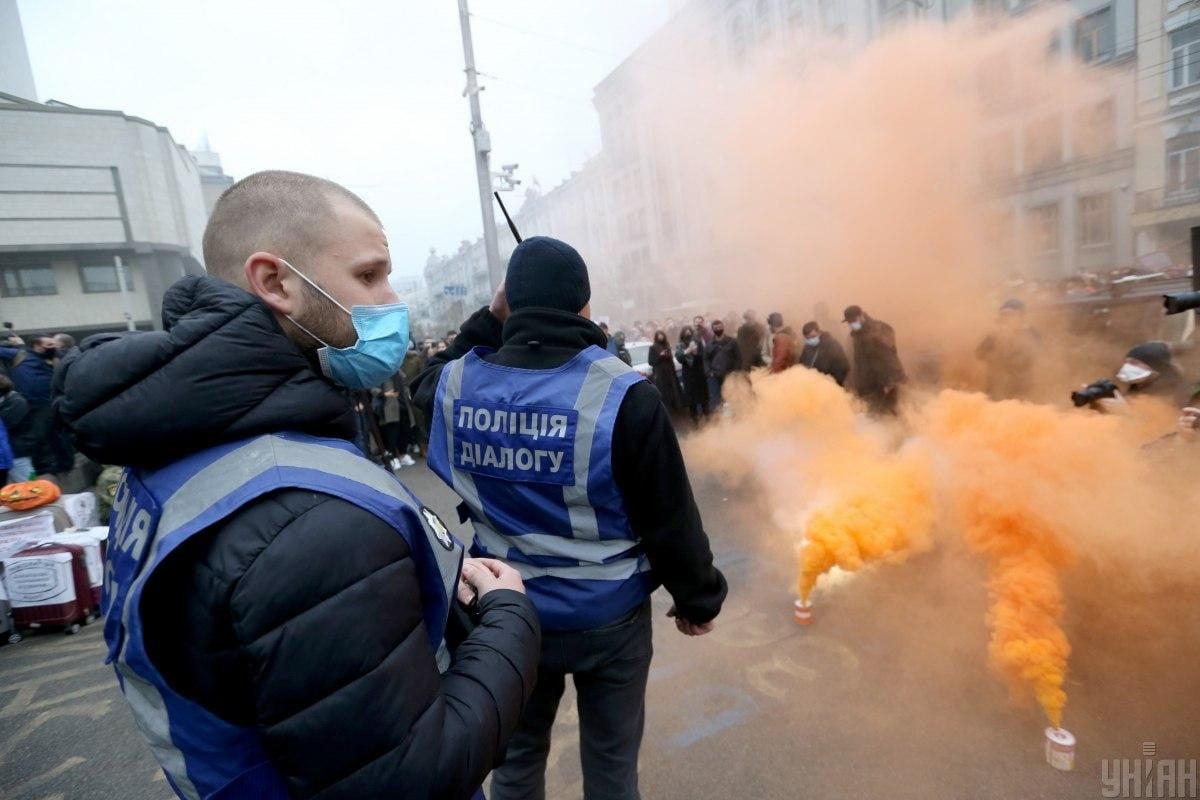 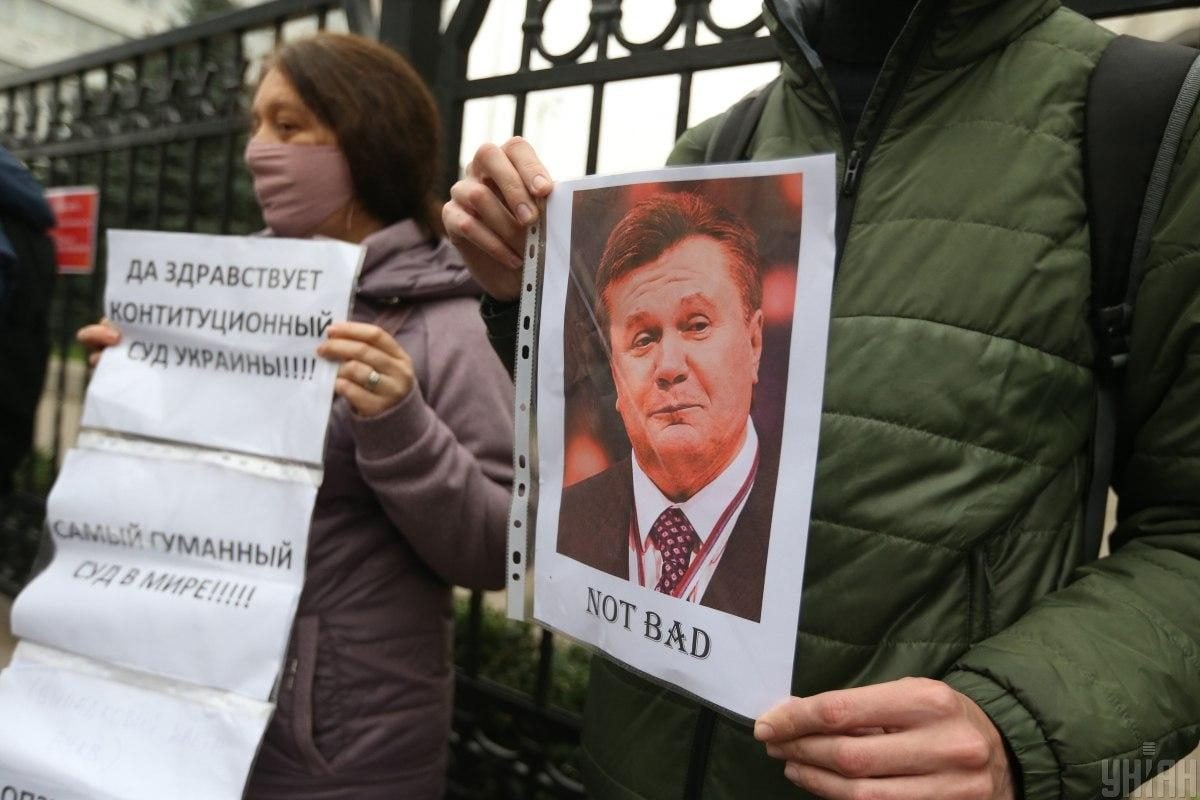 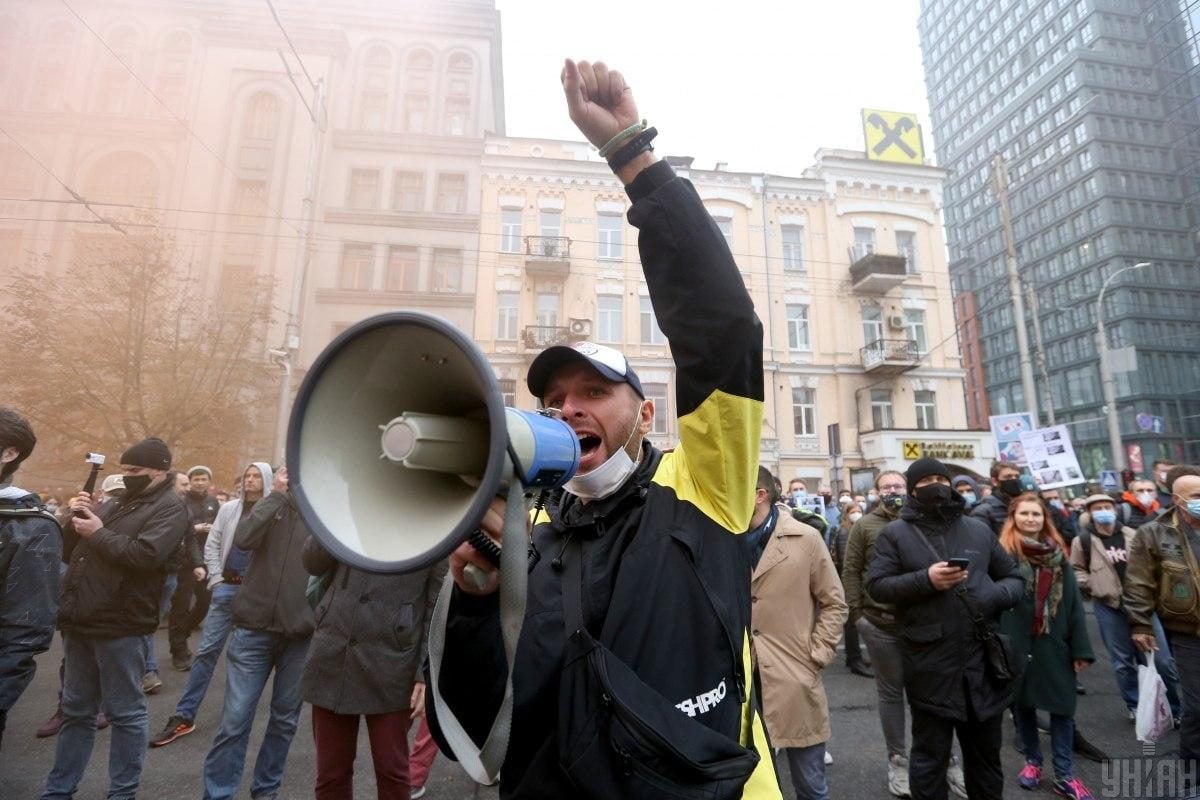 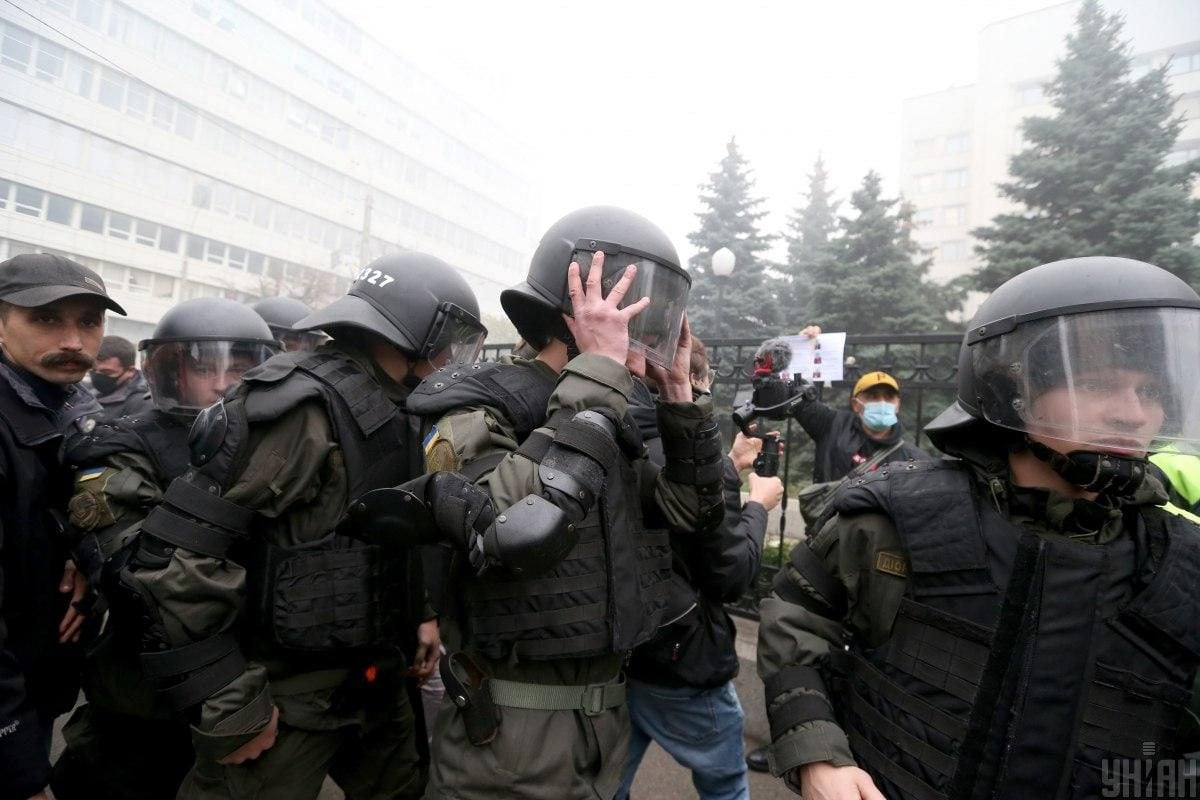 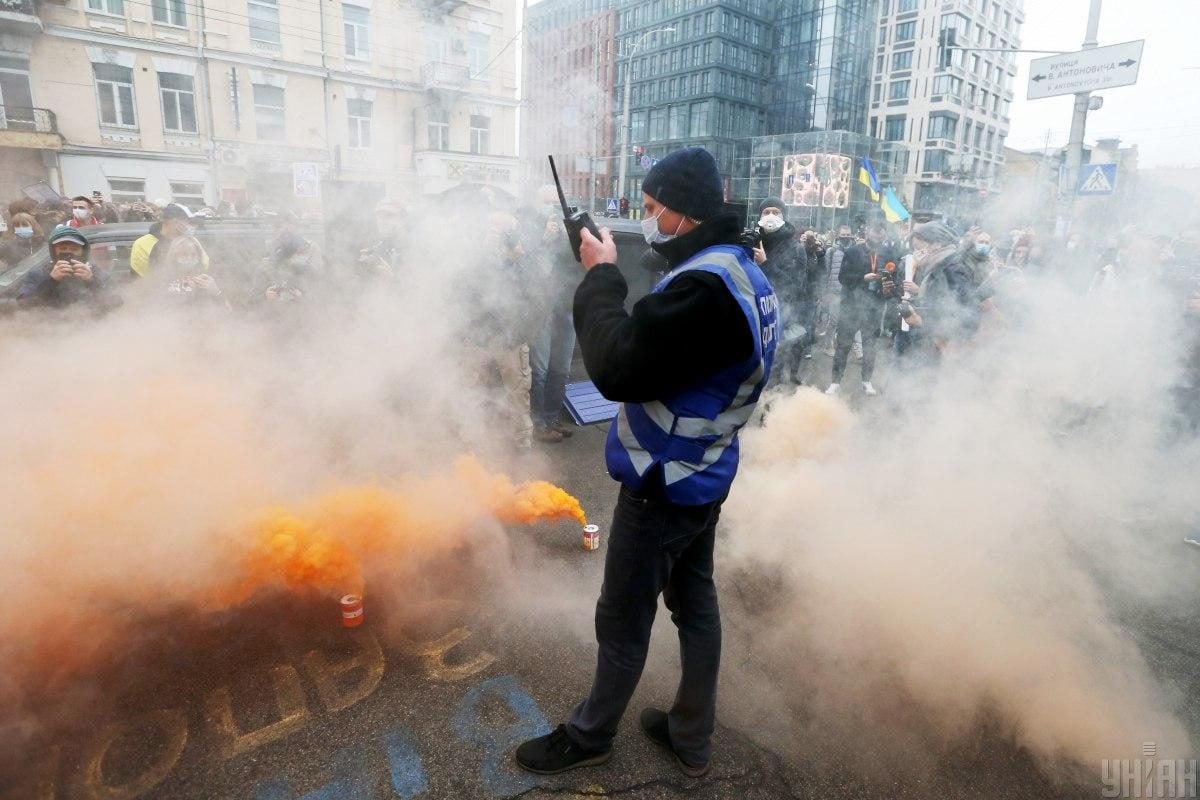 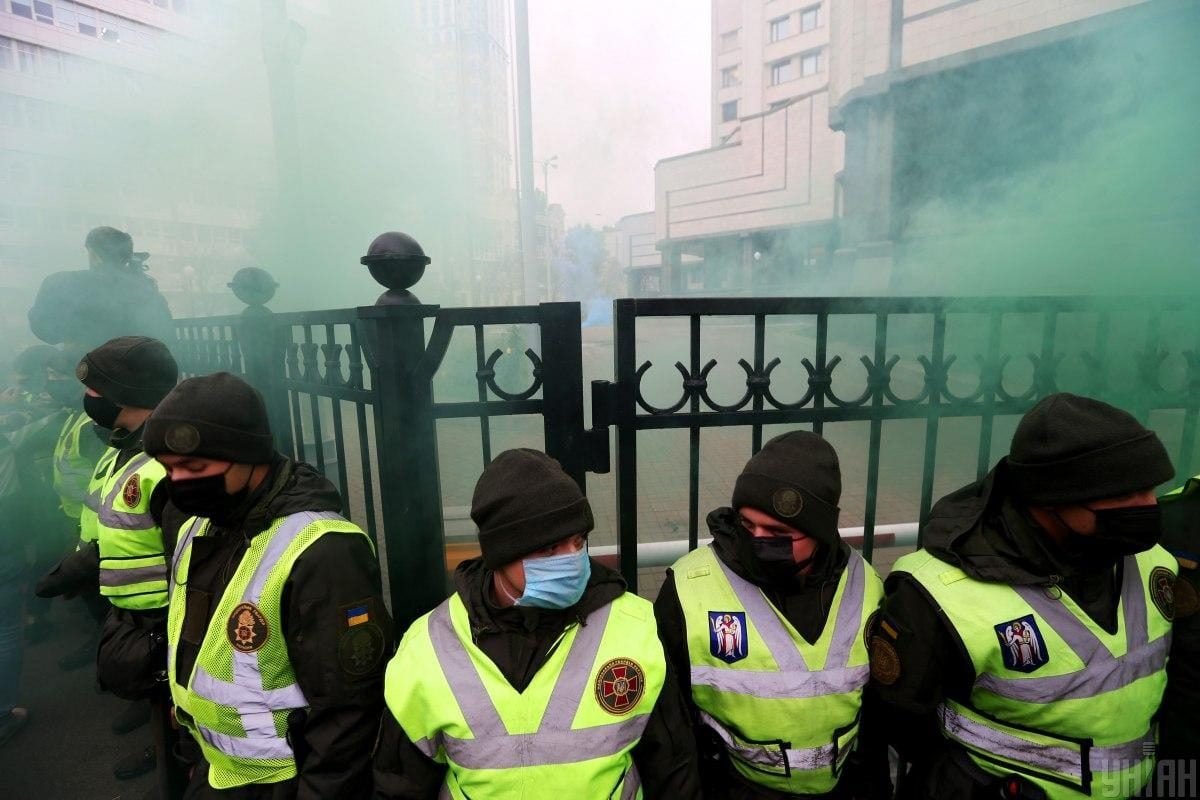 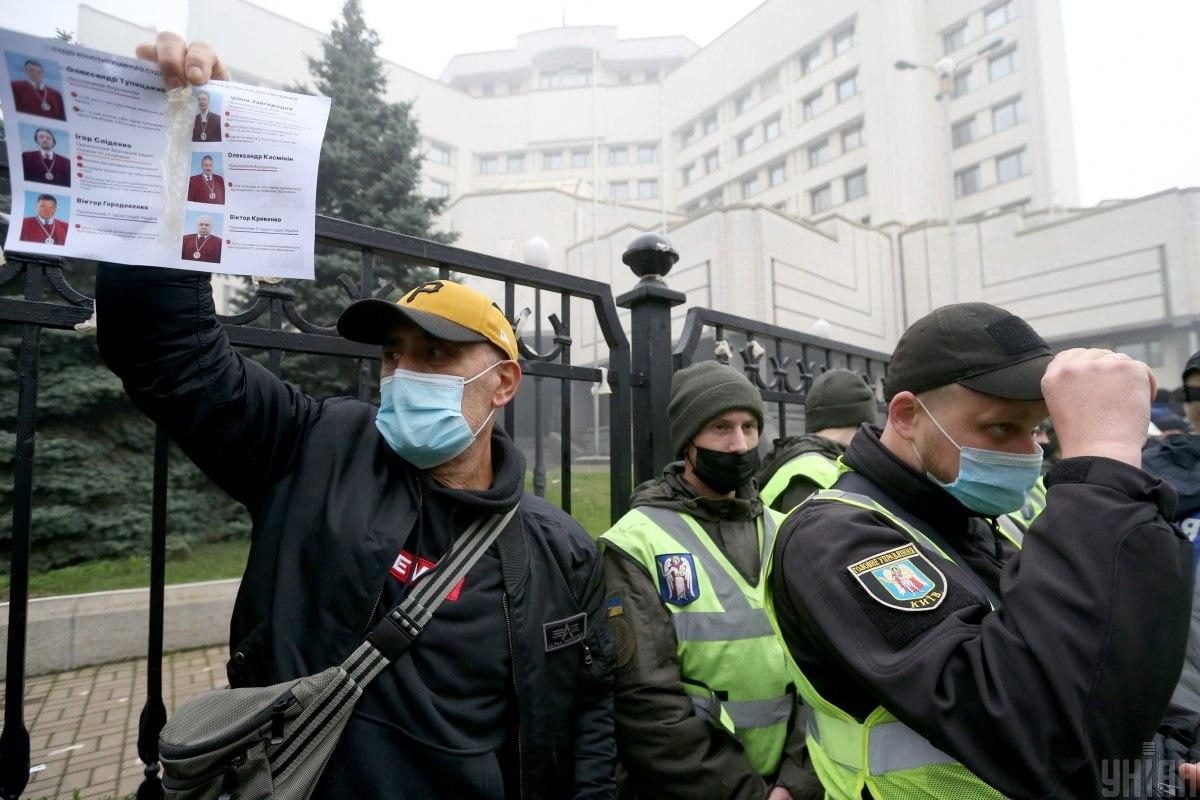 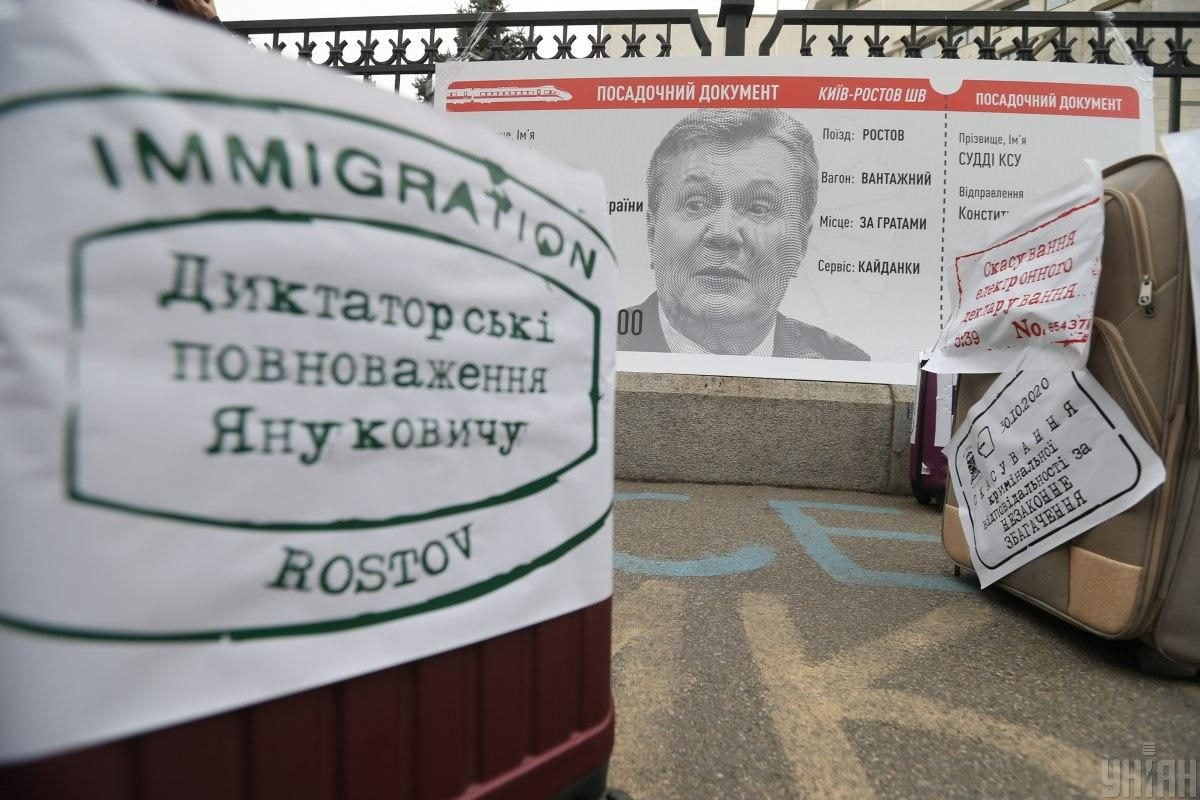 Thousands of Ukrainian citizens who protest against a recent Ukraine's Constitutional Court (CCU) to abolish criminal liability for inaccurate asset declaration by government officials are rallying outside the CCU HQ in Kyiv, an UNIAN correspondent reports.

Law enforcers have cordoned off the court premises, with several dozen police vehicles parked on the adjacent streets, including paddy wagons.

Traffic on Zhylianska Street in the area from Antonovycha Street to Vasylkivska Street is currently blocked.

Read alsoZelensky asks Rada to sack all Constitutional Court judges following controversial rulingProtesters outside the CCU building lit flares and hurled smoke bombs over the fense at the CCU premises. The police have strengthened their presence at the scene to ensure law and order.

They demand that those judges who issued the notorious judgment be expelled to Russia's Rostov [hinting at the disgraced ex-president Viktor Yanukovych's escape destination in 2014]. Activists brought a symbolic boarding ticket and suitcases to the court HQ. 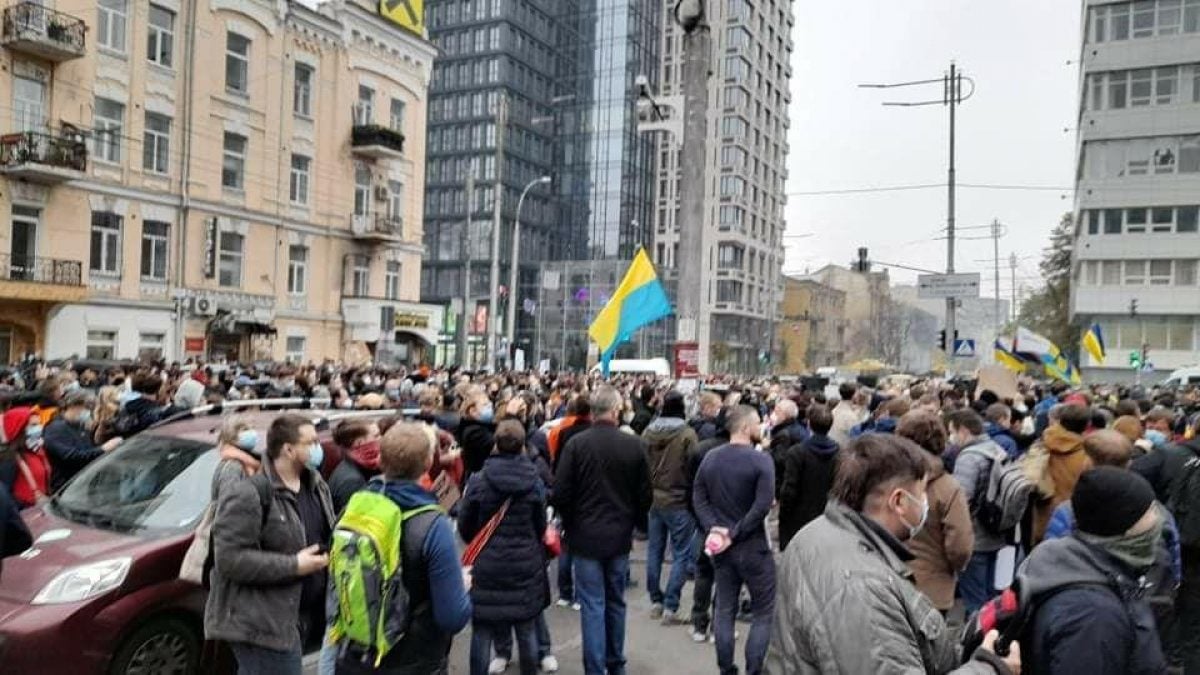 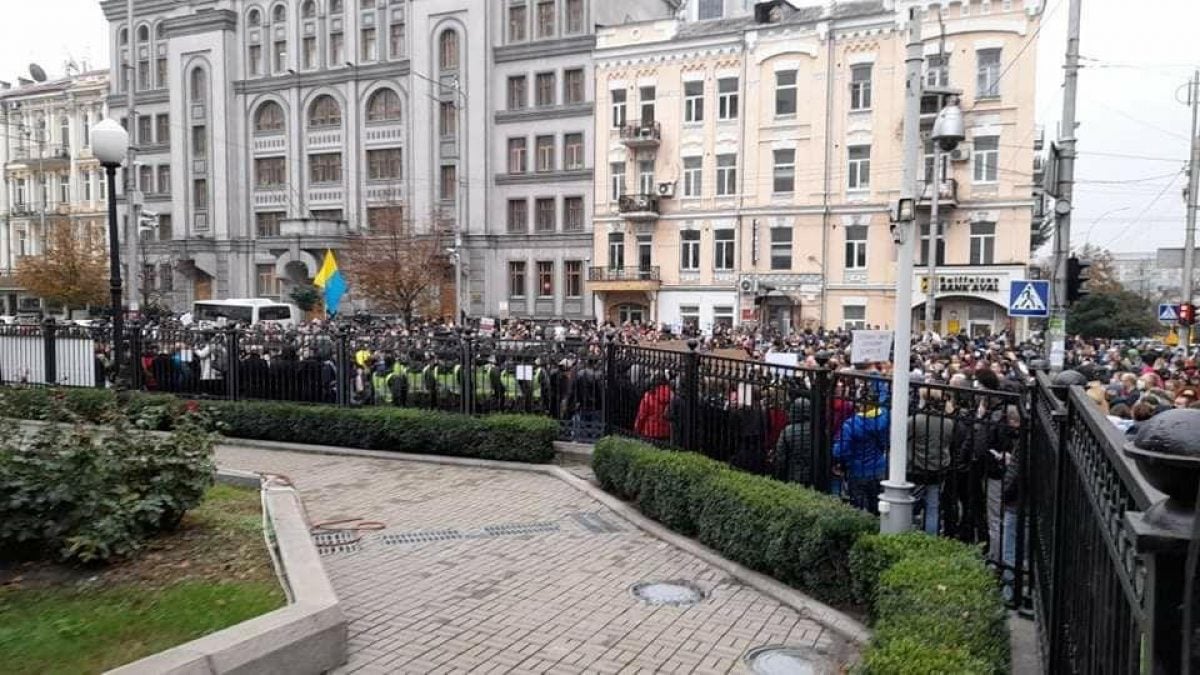 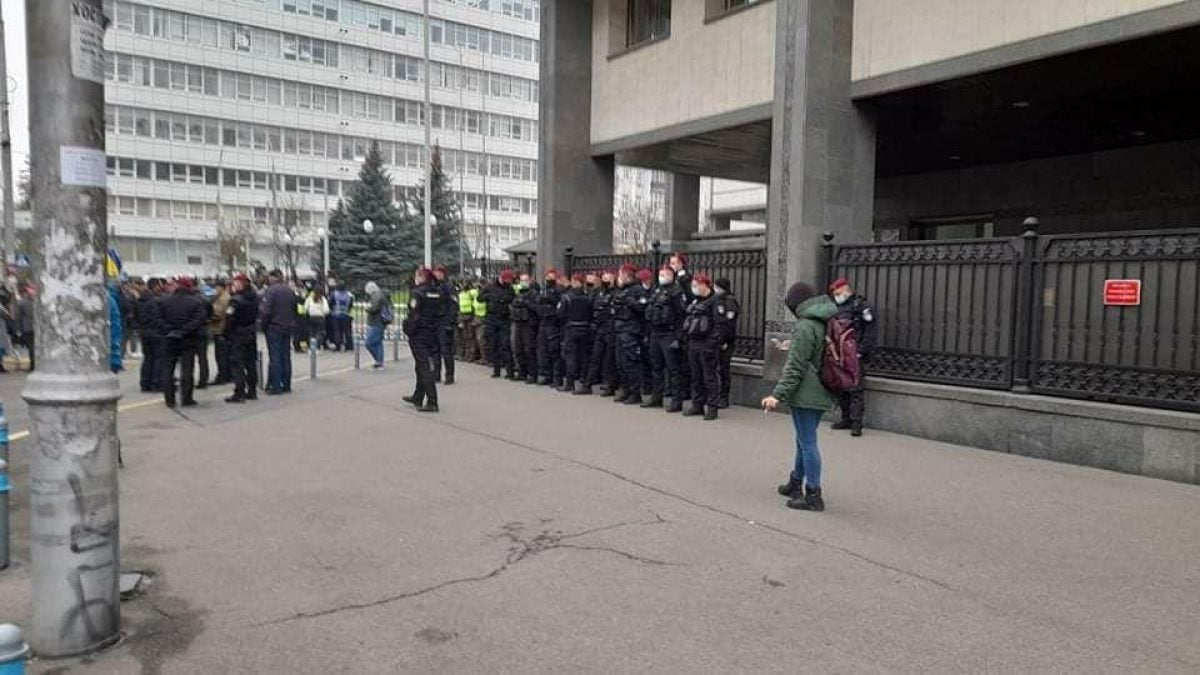 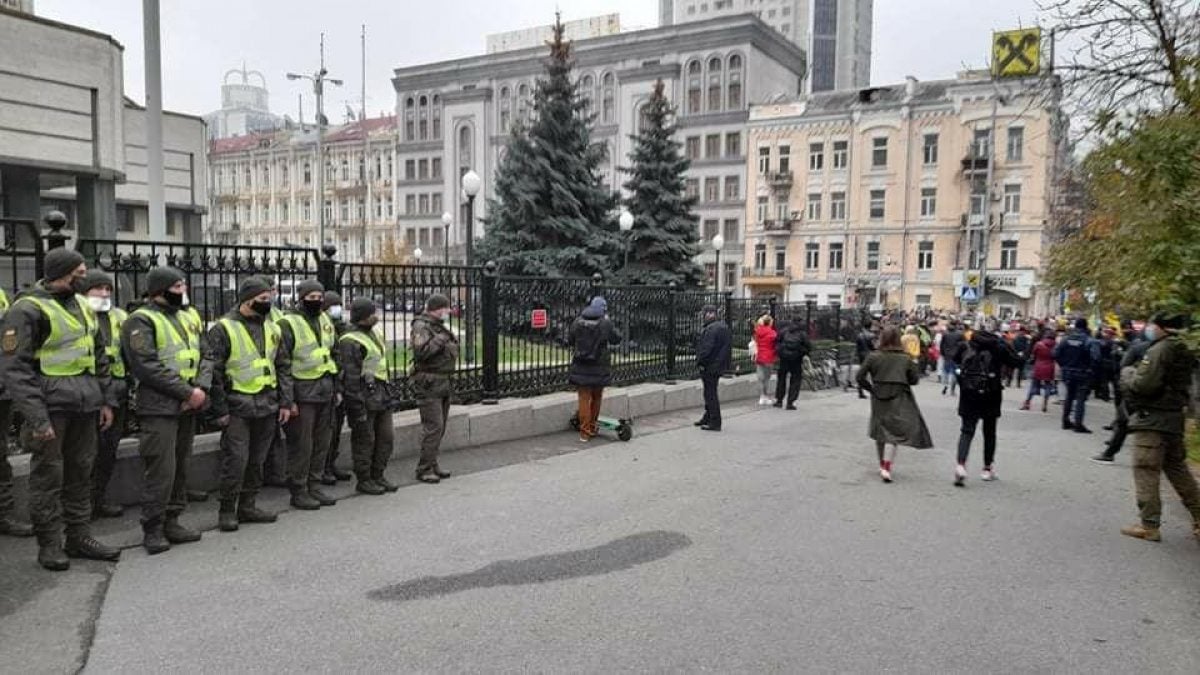 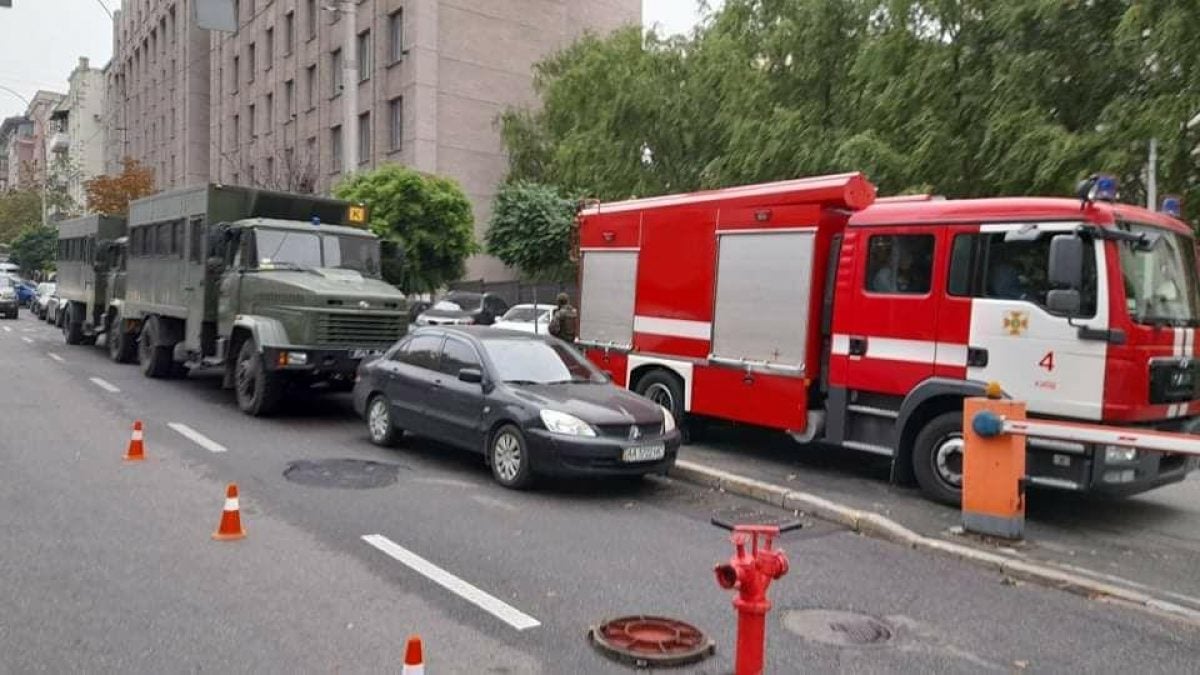 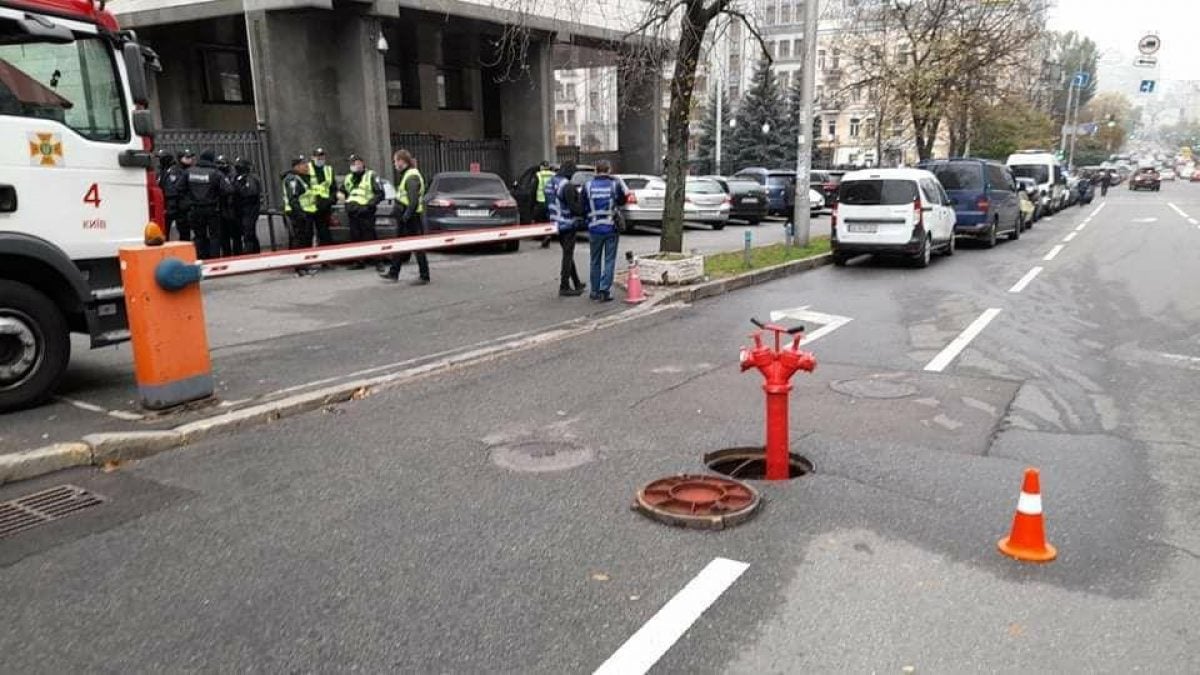 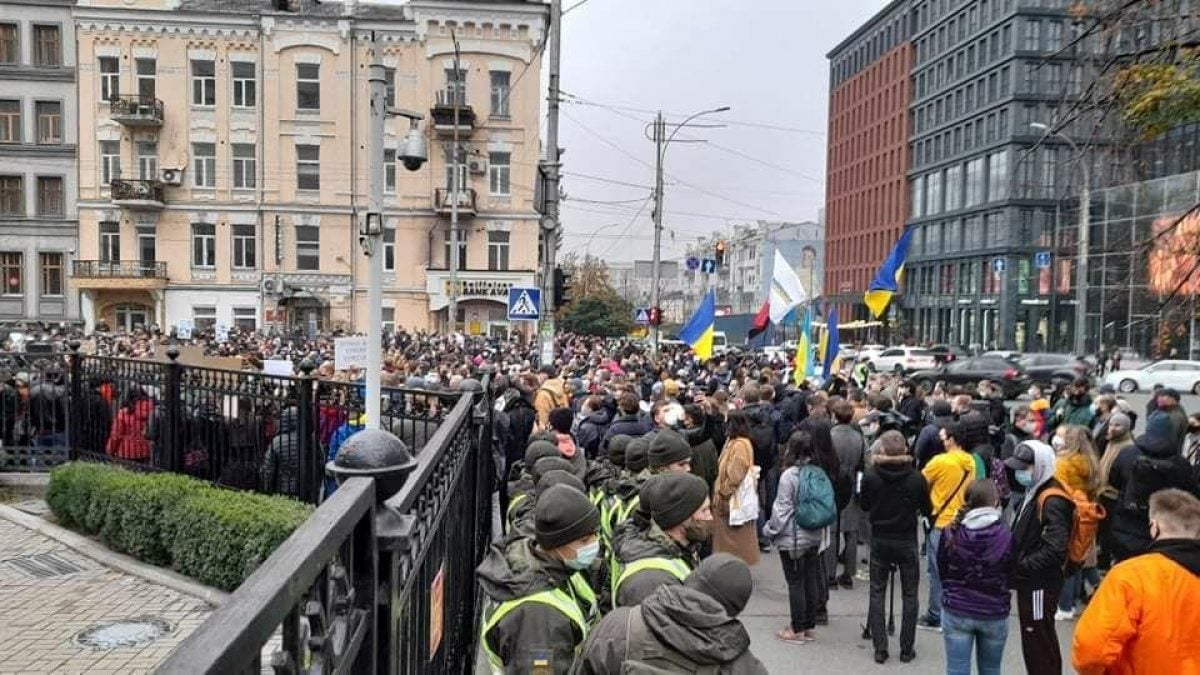 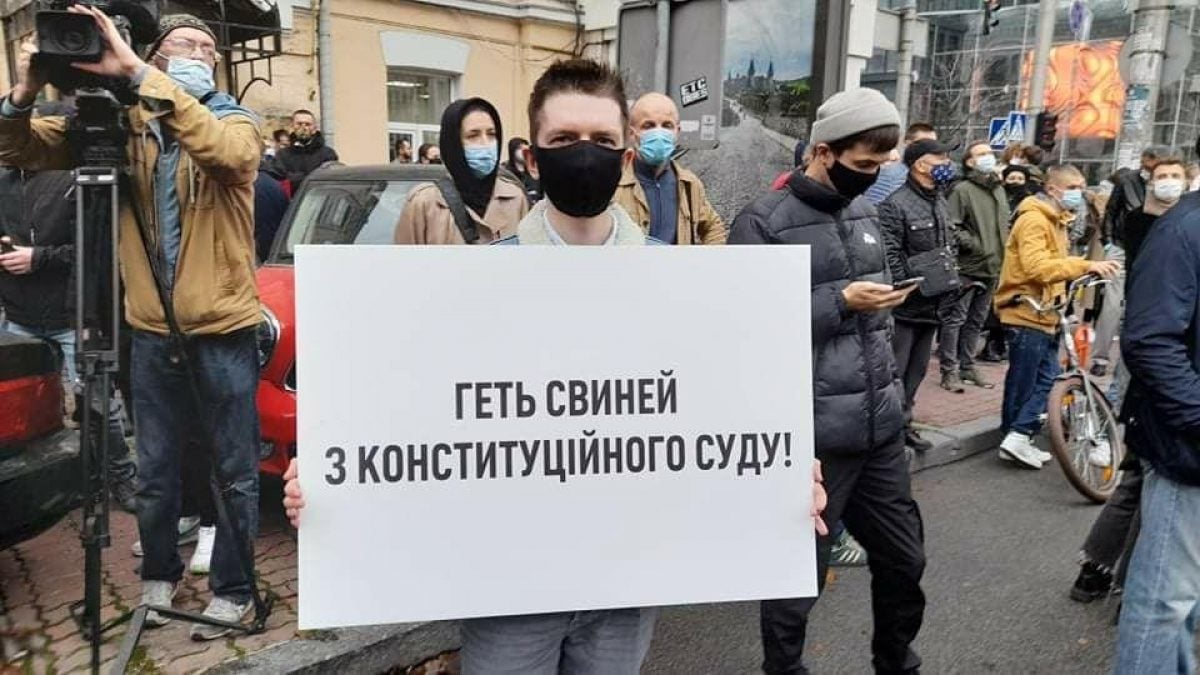 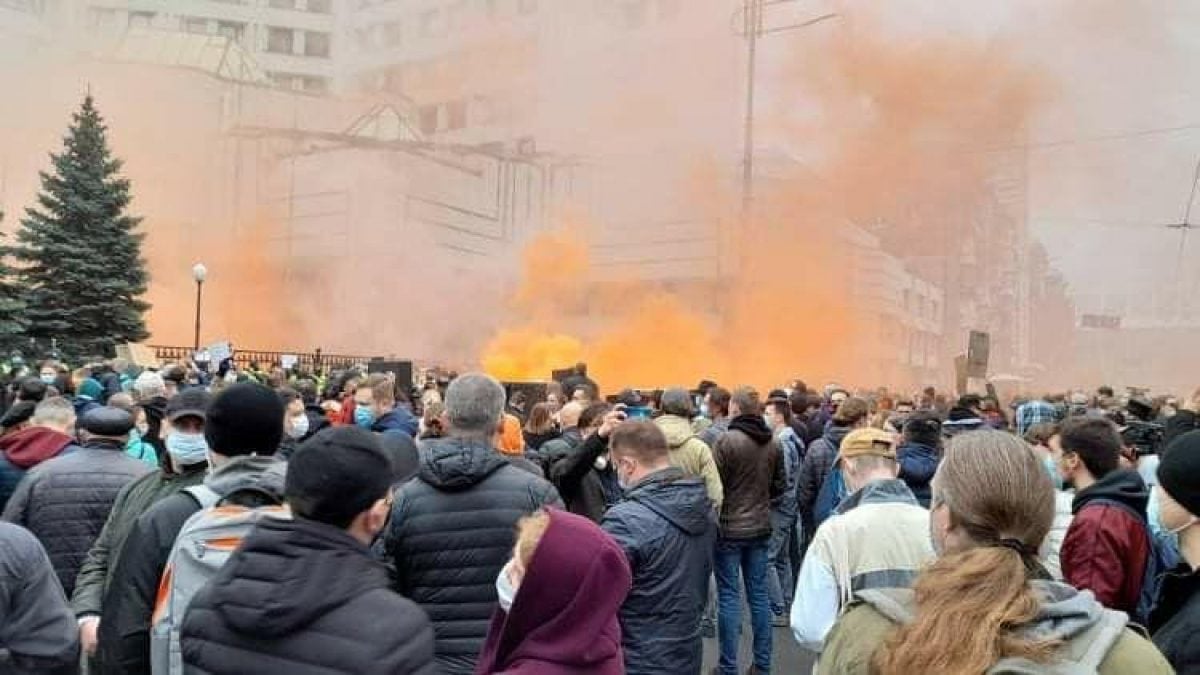 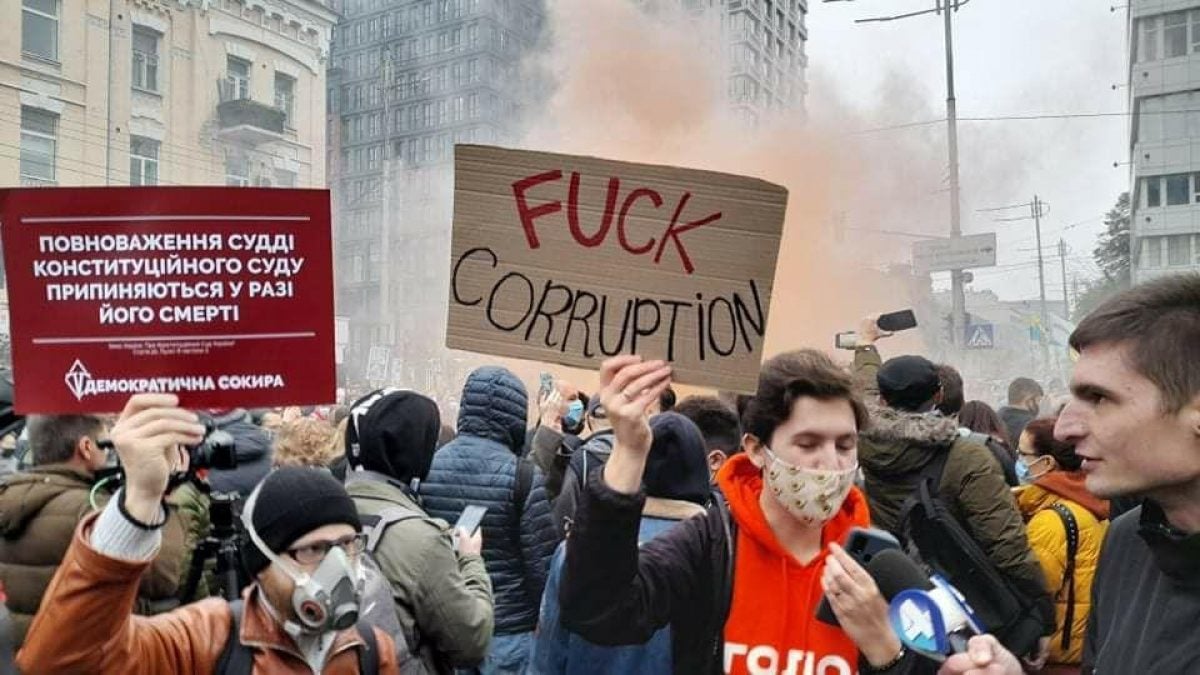 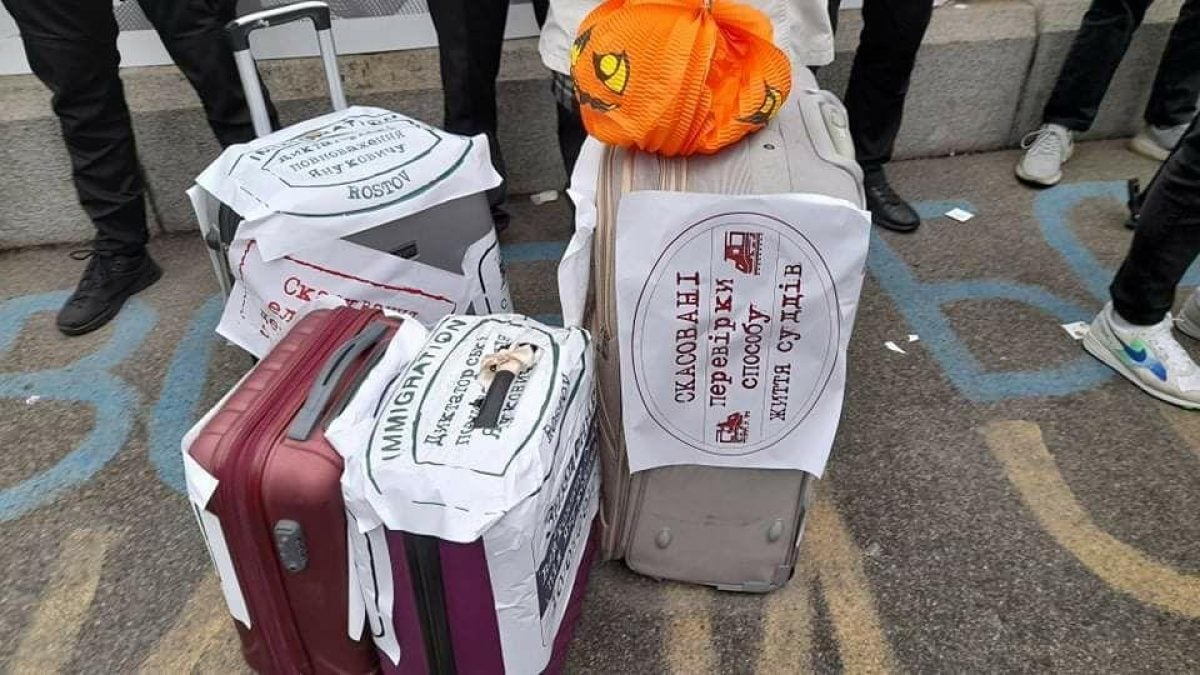 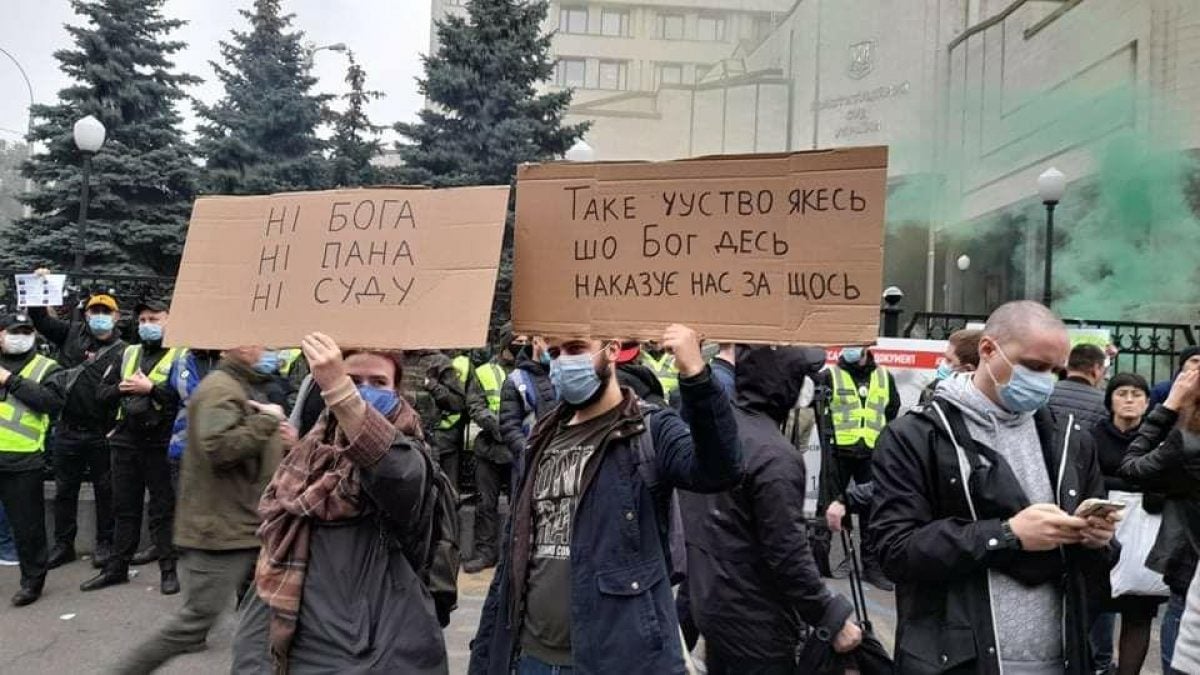 People are convinced that it is Russia where the 11 judges who handed down such a ruling must be expelled to.

The protesters demand that the gate to the CCU yard be opened for them.

Valery Alioshin, Deputy Head of the CCU Secretariat, came out to hear out the protesters.

"Now you are protesting against the Constitutional Court ruling, which did not abolish the obligation for asset declaration. The first thing the court did with its ruling was sending a signal to the Verkhovna Rada that some provisions of the law need to be clarified," he said.

Read alsoAnti-graft agency restores public access to government officials' e-declarationsProtesters were not impressed with the explanation and demanded that the judges resign voluntarily.

On October 29, President Volodymyr Zelensky at a meeting of the National Security and Defense Council issued instructions to immediately table a bill in parliament that provides for the restoration of the integrity of legal proceedings in the Constitutional Court.

Later the same day, Zelensky submitted to Parliament a draft law, offering an early termination of powers of the Constitutional Court's entire composition.