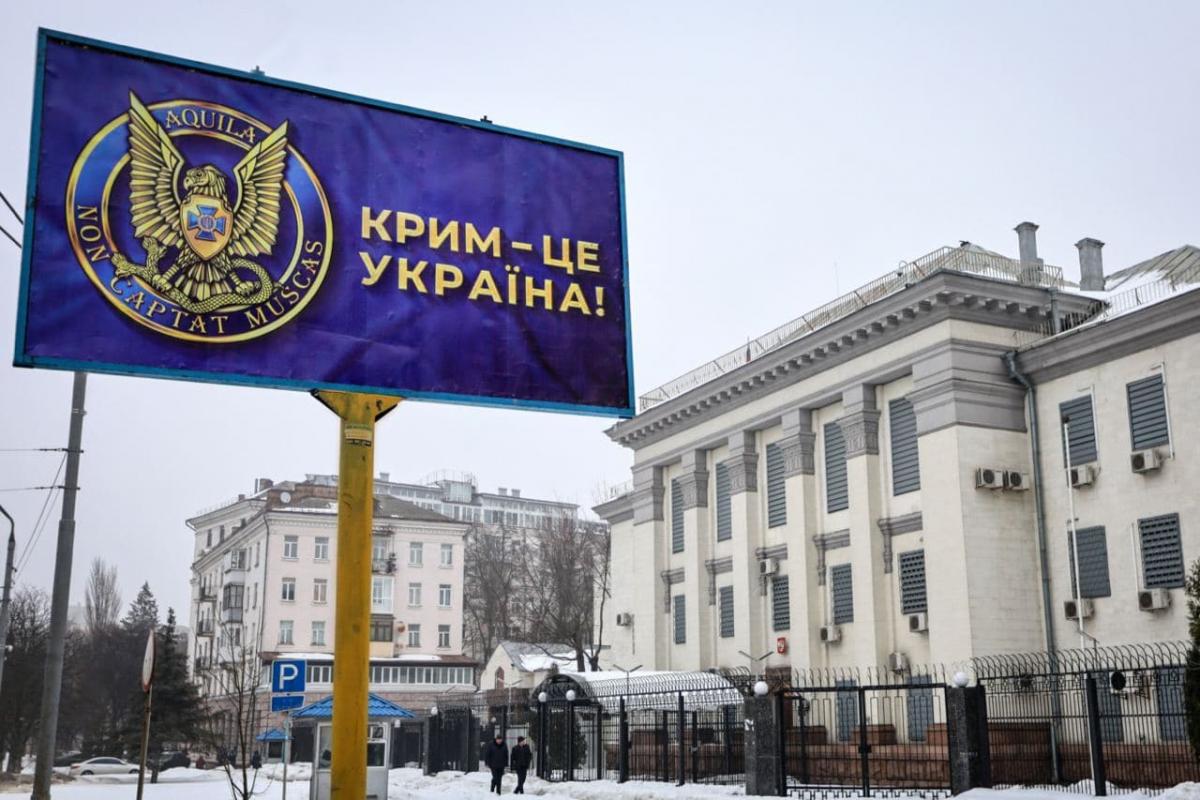 The SBU Security Service of Ukraine says it has installed a billboard saying "Crimea is Ukraine!" in front of the Russian embassy in the capital city of Kyiv.

The relevant photo was published by the SBU press service on Telegram on February 24.

"Just a photo, just the Russian embassy in Kyiv, and a statement of the fact that Crimea is Ukraine," the press service said.

The banner placed outside the embassy building, which is located on the capital's Povitroflotskyi Avenue, also portrays the SBU emblem.

Read alsoSBU nabs Russian GRU's asset in Kharkiv (Video)Earlier, a billboard designed to honor SBU counterintelligence officers was also installed by the aggressor country's embassy. However, it was dismantled a month ago.

If you see a spelling error on our site, select it and press Ctrl+Enter
Tags:RussiaCrimeaSBUembassy