A leak of gas and the explosion of an explosive device are among the theories of the incident. 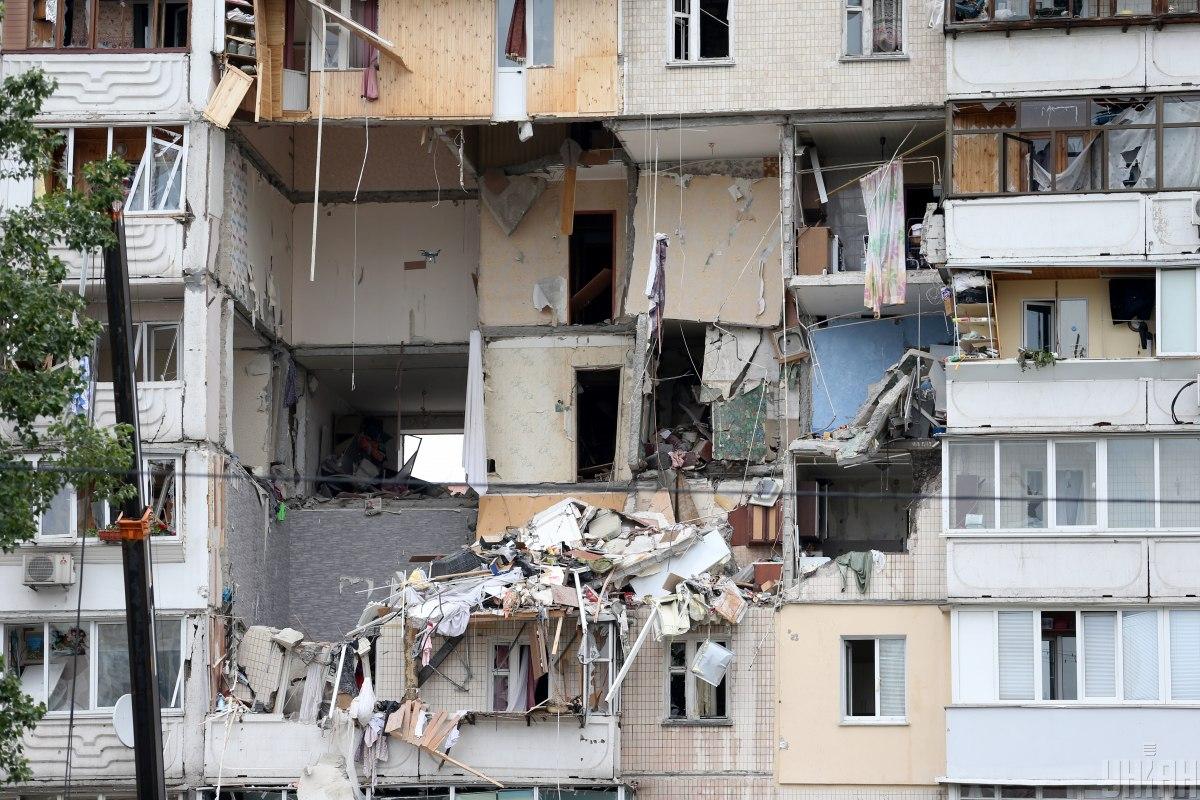 The search for three more victims continues / Photo from UNIAN

Chairman of the State Emergency Service of Ukraine Mykola Chechotkin doesn't rule out an act of terror was a cause behind the explosion of a Kyiv-based apartment building.

"The police are considering all theories. According to preliminary estimates, the explosion occurred on the 6th, 7th, 8th floors. The staircases between the 5th and 8th floors were destroyed in the explosion," he told reporters on June 21, according to an UNIAN correspondent.

The key theories considered by the police "include a gas explosion, an explosion of an unknown explosive device, there are many other versions," he said.

As UNIAN reported, several apartments in a nine-storied apartment block at 1/5 Solomii Krushelnytskoi Street in Kyiv's Darnytsky district were damaged by an explosion at about 10:00 a.m. on Sunday, June 21.

The explosion destroyed interfloor structures between the fourth and eighth floors.

Mayor of Kyiv Vitaliy Klitschko reported two persons had been killed in the explosion. According to him, two theories are being examined – the explosion of gas or an improvised device.

According to police, one person was killed, three were unblocked, 21 people were evacuated.

If you see a spelling error on our site, select it and press Ctrl+Enter
Tags:terroristactexplosionKyivterroristterroristattack