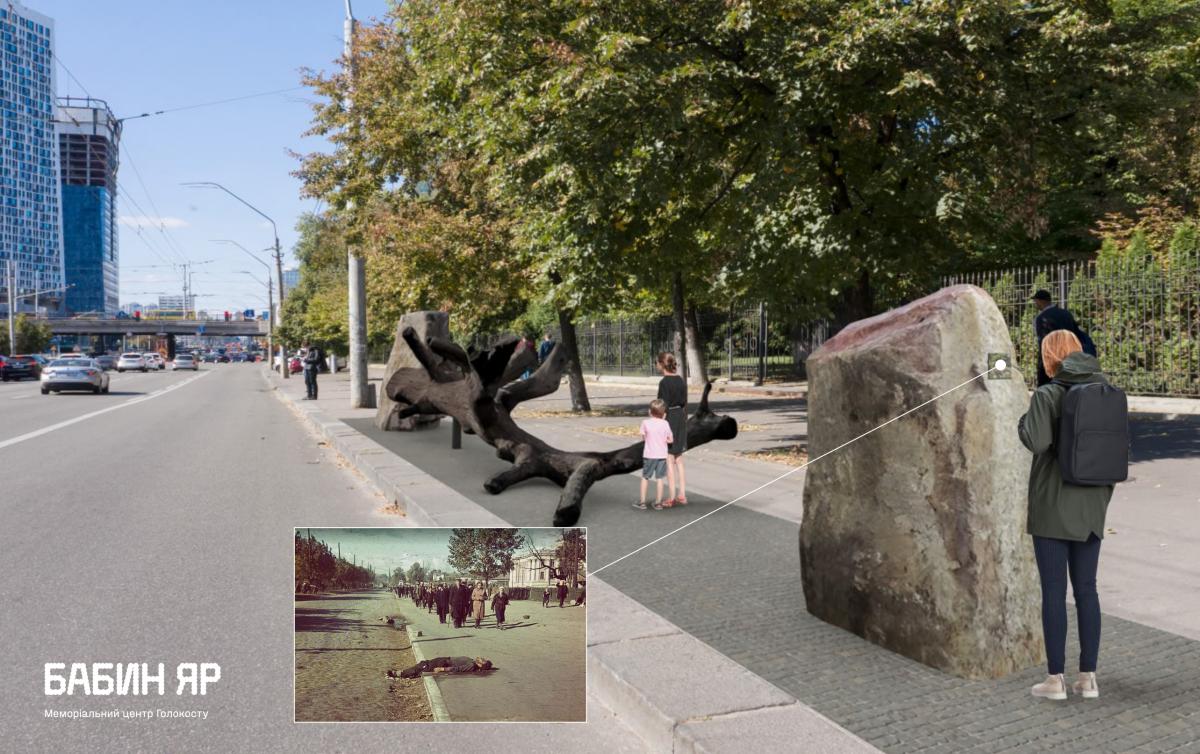 The installation "A Look into the Past" is opening on Peremohy Avenue in Kyiv, just outside the Ministry of Education and Science's Headquarters, as part of the Babyn Yar Holocaust Memorial Center's project.

Launched on International Day of Commemoration in memory of the victims of the Holocaust, the installation, consists of the two massive stone boulders, with a tree between them. In the stone steles, monoculars are embedded, with photographs taken in late September/early October 1941 in the Nazi-occupied Kyiv by German military photographer and propagandist Johannes Hähle. 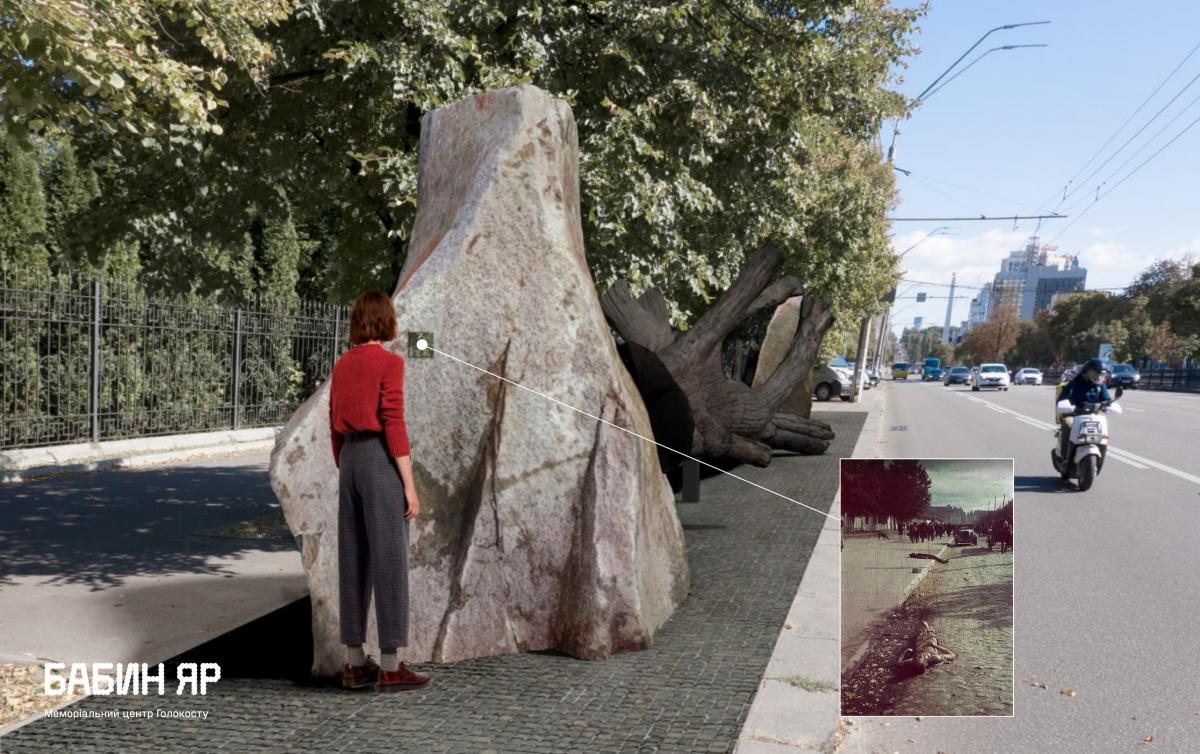 "The purpose of this installation is to stop, even for a moment, in the middle of a busy street, a person who is constantly rushing about his business, to give him a look into the past and a sense of the value and fragility of the present," says author Anna Kamyshan, whose whole family was executed in Kharkiv during the occupation period.

Read alsoZelensky holds video conference on construction of Babyn Yar Holocaust Memorial Center"My grandfather was the only one who managed to escape then. I learned this story as an adult. So for me, this rootless tree is a symbol of the fact that we don't know our own history," she said, according to the project's website. 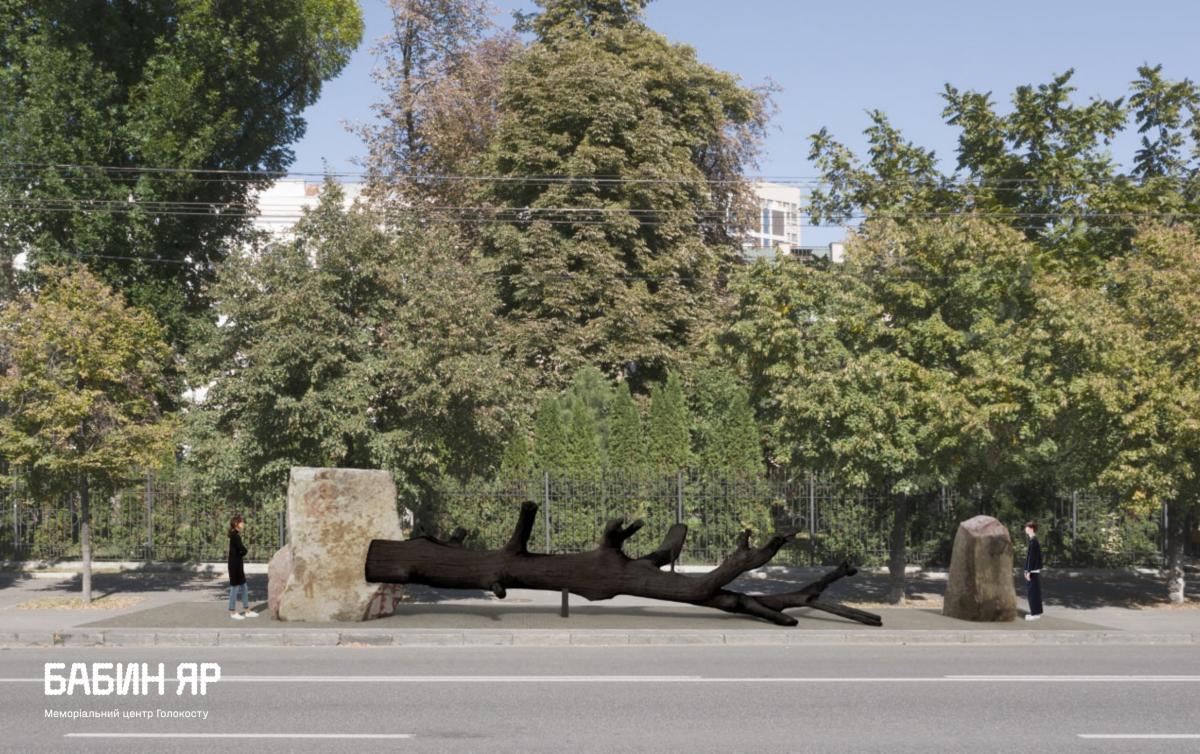 In September 2020, the Babyn Yar Holocaust Memorial Center has already opened four installation sites with photos by Johannes Hähle at Babyn Yar. The monoculars installed apply 3D modeling to reproduce the view of the area as of early October 1941, just after the mass execution of September 29-30, when almost 34,000 jews were murdered at the site.

If you see a spelling error on our site, select it and press Ctrl+Enter
Tags:HolocaustartBabynYarremembrance