About 400 opponents of video blogger Anatoliy Sharij were allowed to enter the area outside the President's Office building. 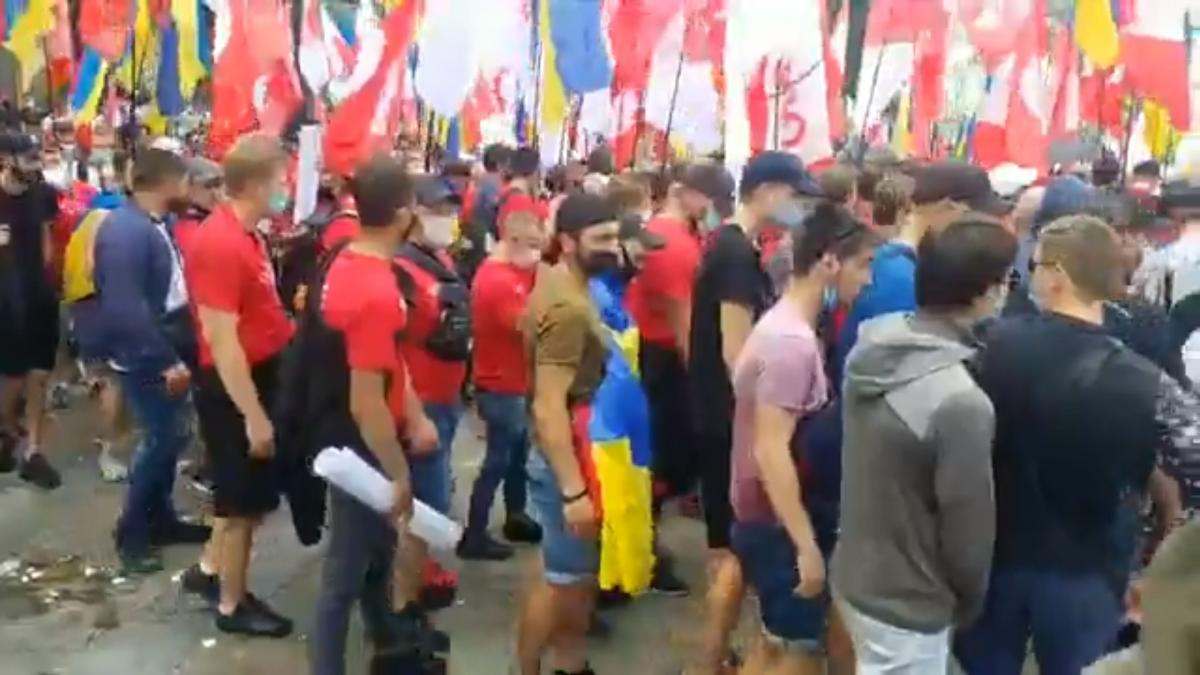 Pro-Ukrainian activists have thrown eggs at supporters of the Party of Sharij who were rallying outside the President's Office of Ukraine.

As of 10:45 Kyiv time on June 17, about 400 opponents of video blogger Anatoliy Sharij were allowed to enter the area outside the President's Office building. They were standing outside the nearby House with Chimaeras, holding flags with the inscription "Demokratychna Sokyra" ("Democratic Axe," a pro-Ukrainian party) and shouting: "Sharij won't pass!" according to an UNIAN correspondent.

Both rallies of supporters and opponents of Sharij were initially separated by two dense rows of police officers at a distance of about 20 meters.

One of Sharij's opponents wearing a T-shirt with an Azov Regiment insignia penetrated to the side of Sharij's supporters, but they pushed him out.

Later, opponents of Sharij began to throw eggs at his supporters. The law enforcers in response decided to widen the distance between the two rallies to about 50 meters.

Sharij's opponents claim the blogger and his supporters are enemies of Ukraine, spreading lies and defending Russian interests, hiding behind slogans about the alleged support of the fight against corruption.

What is more, Sharij's opponents claim they do not belong to any movement or NGO, and came to the rally on their own to demonstrate their civil position.

Meanwhile, Sharij's supporters demand that Ukrainian President Volodymyr Zelensky come out to them. They claim they are angry at the fact that large sums of money were spent on salaries of law enforcers and officials during the coronavirus pandemic, and the president, as they say, "turns a blind eye to that."

Kyiv police later reported that some protesters had been detained during the rallies.

NGO National Corps, in turn, said on Twitter that 12 activists had been detained and transported to the city's Pechersky police station. 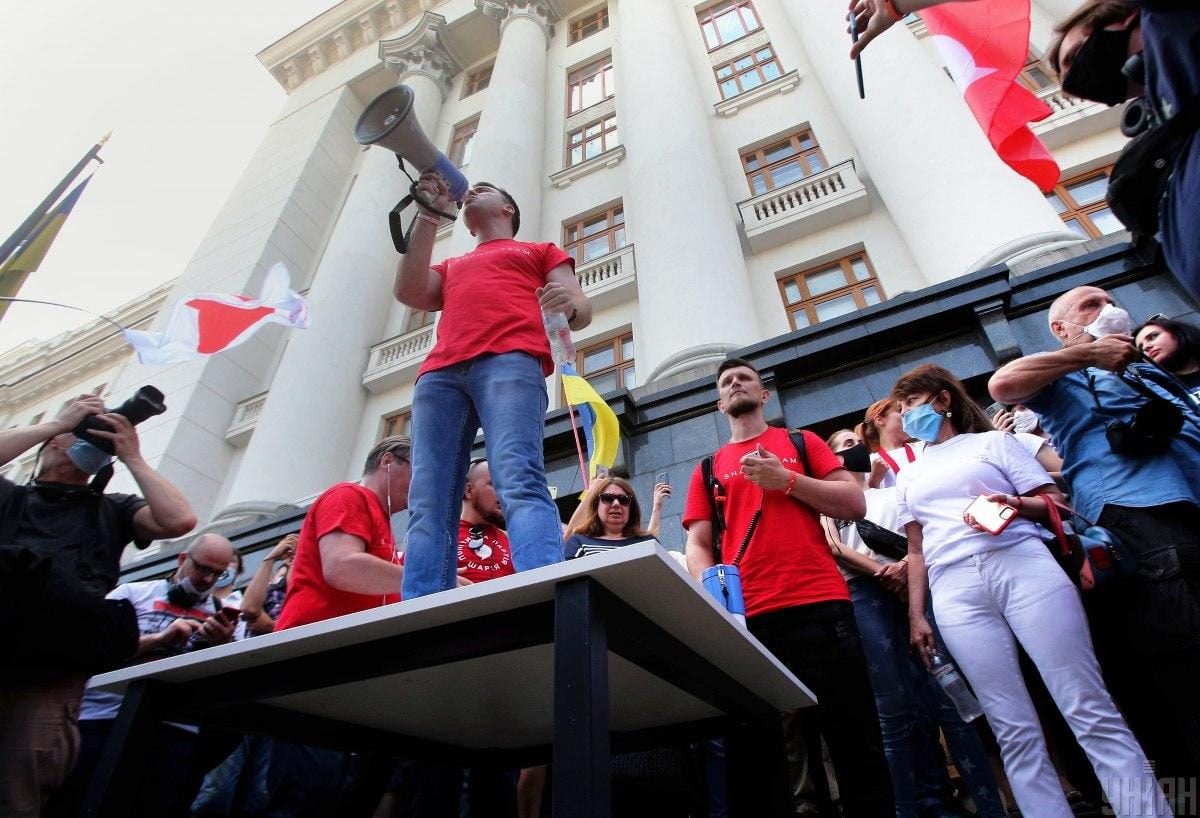 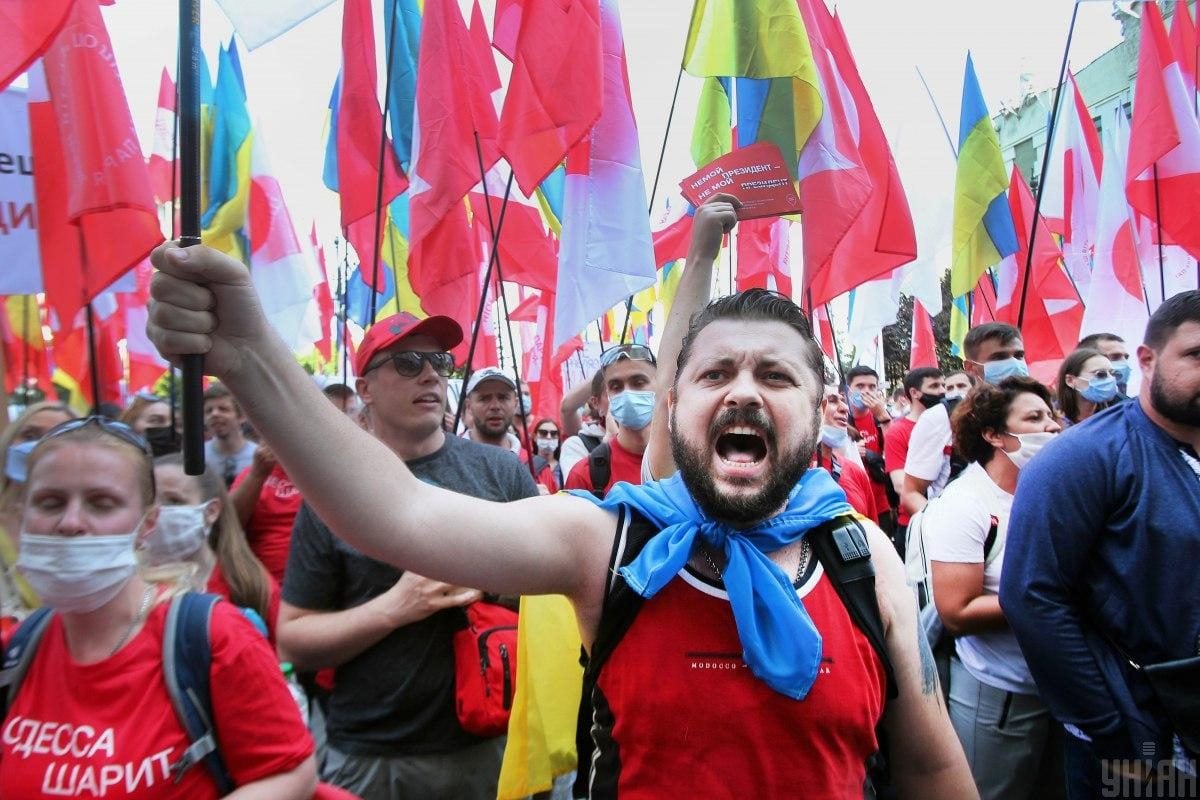 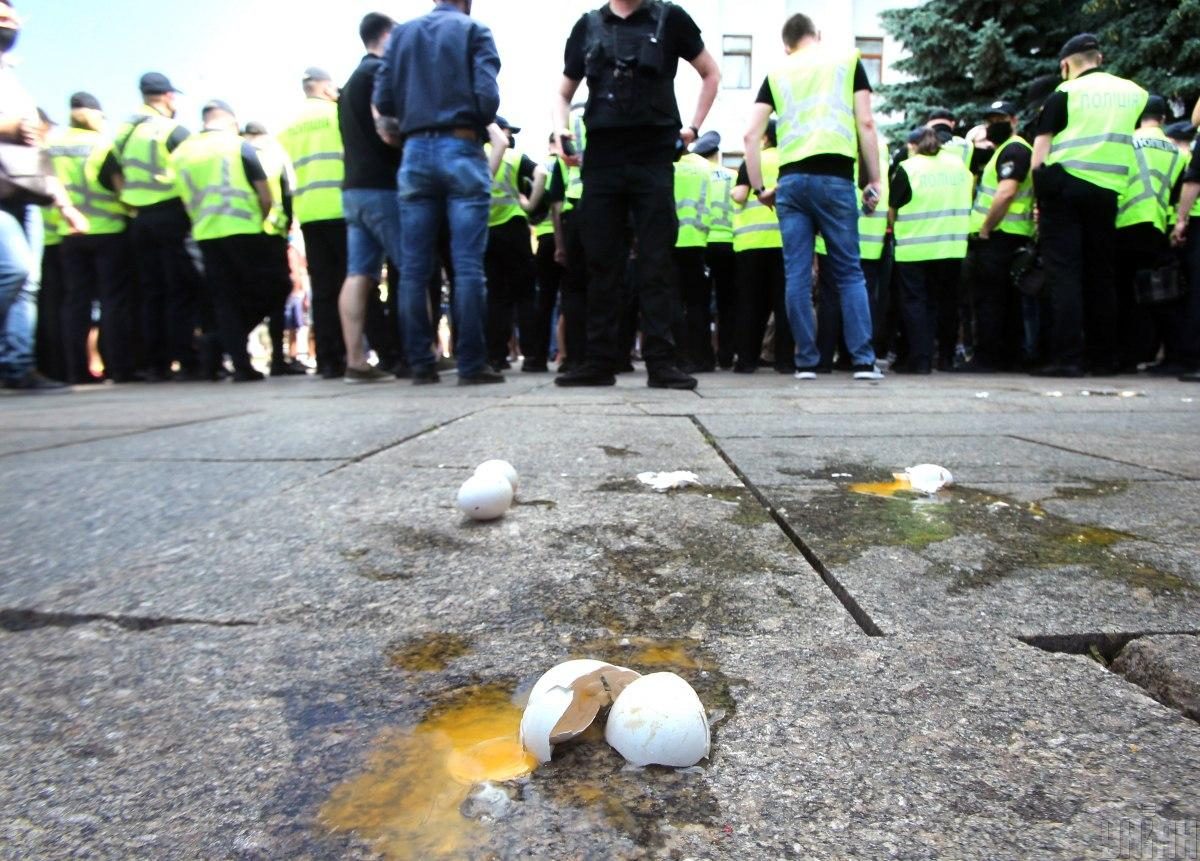 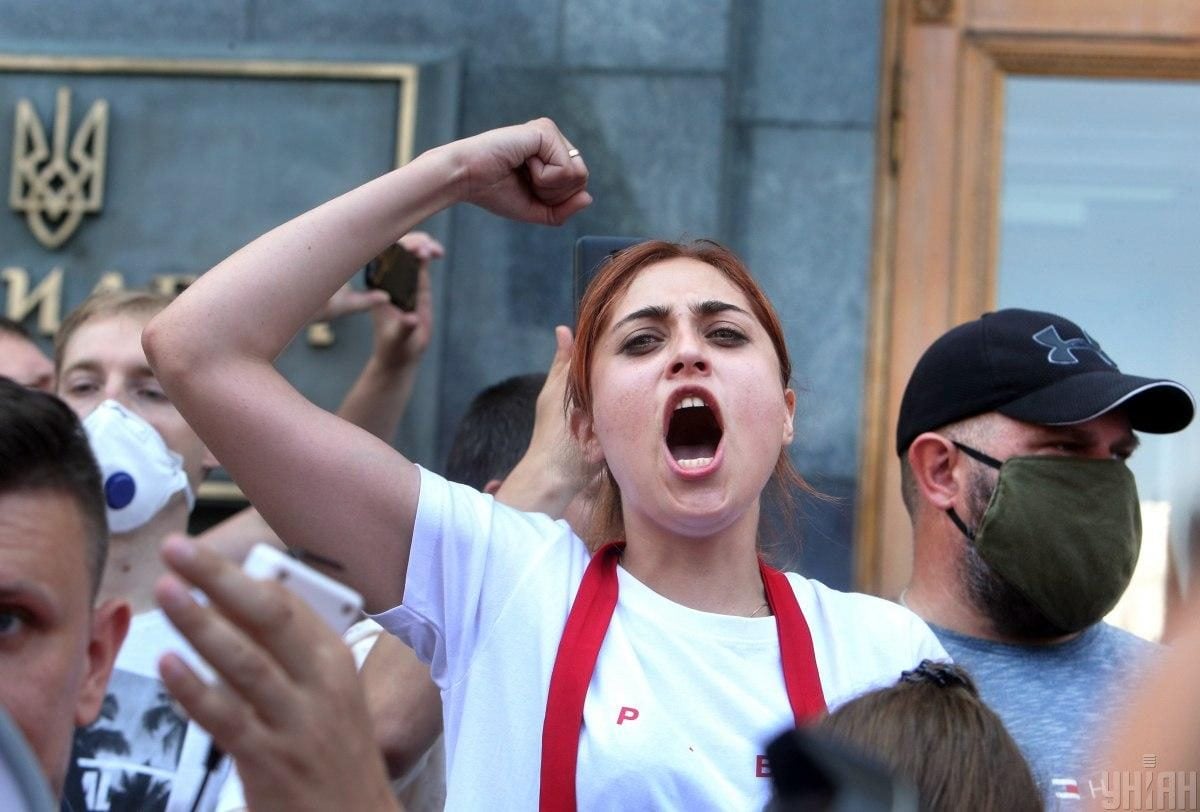 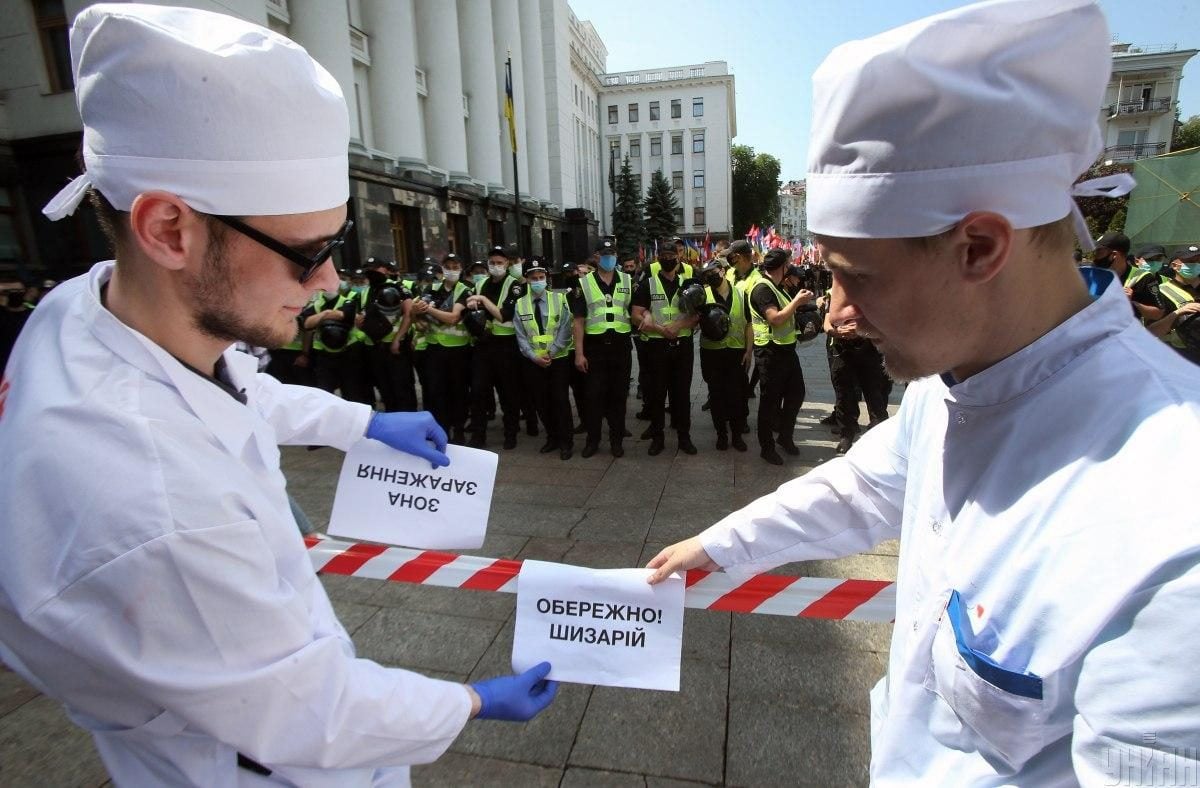 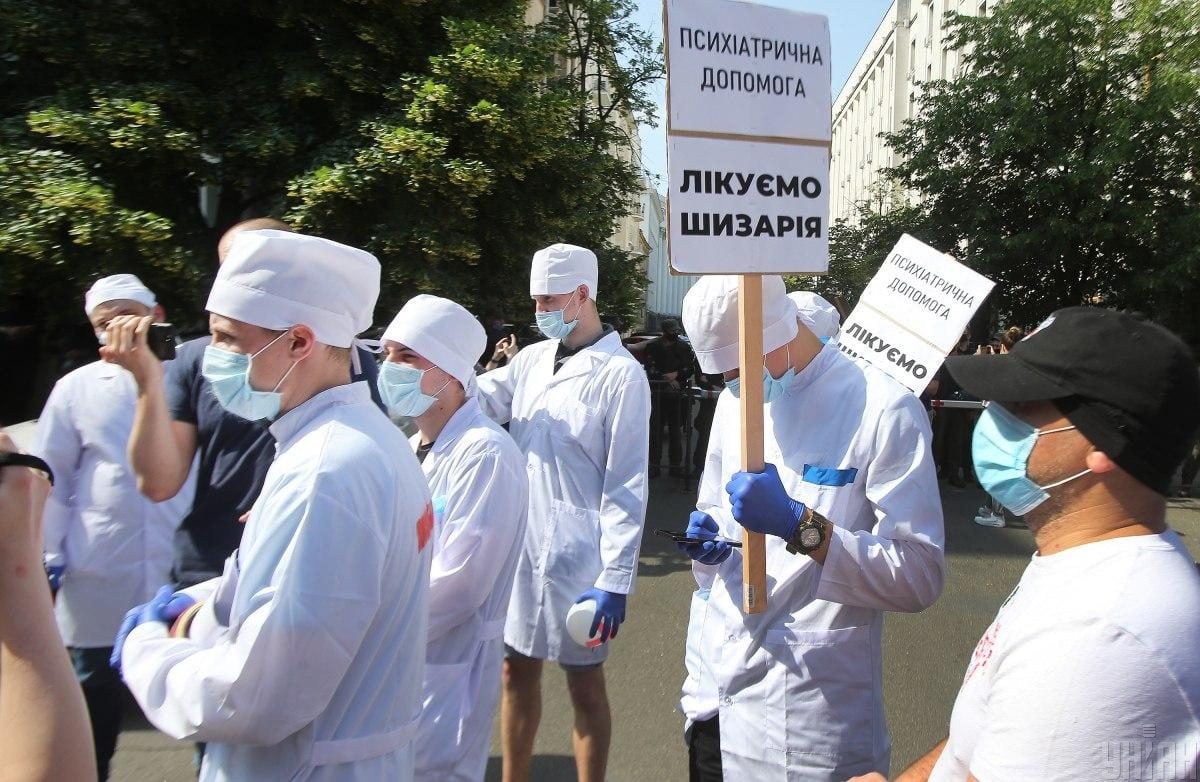 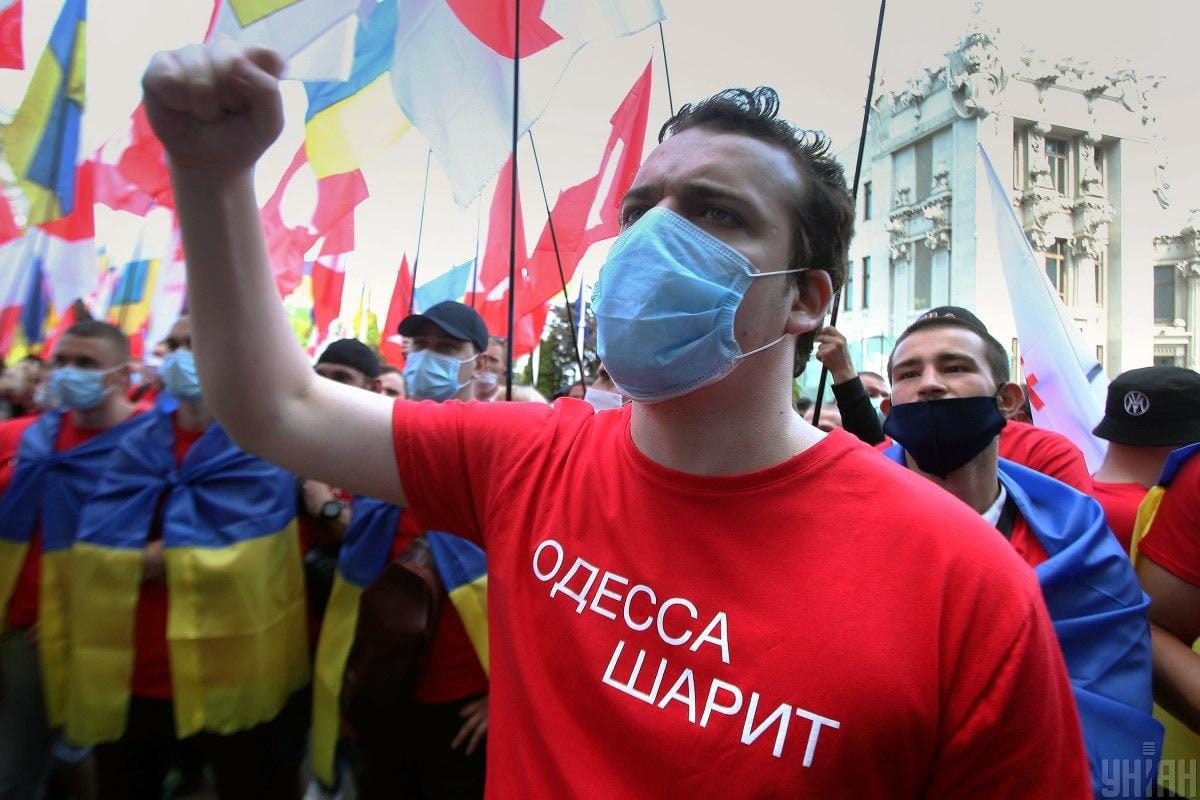 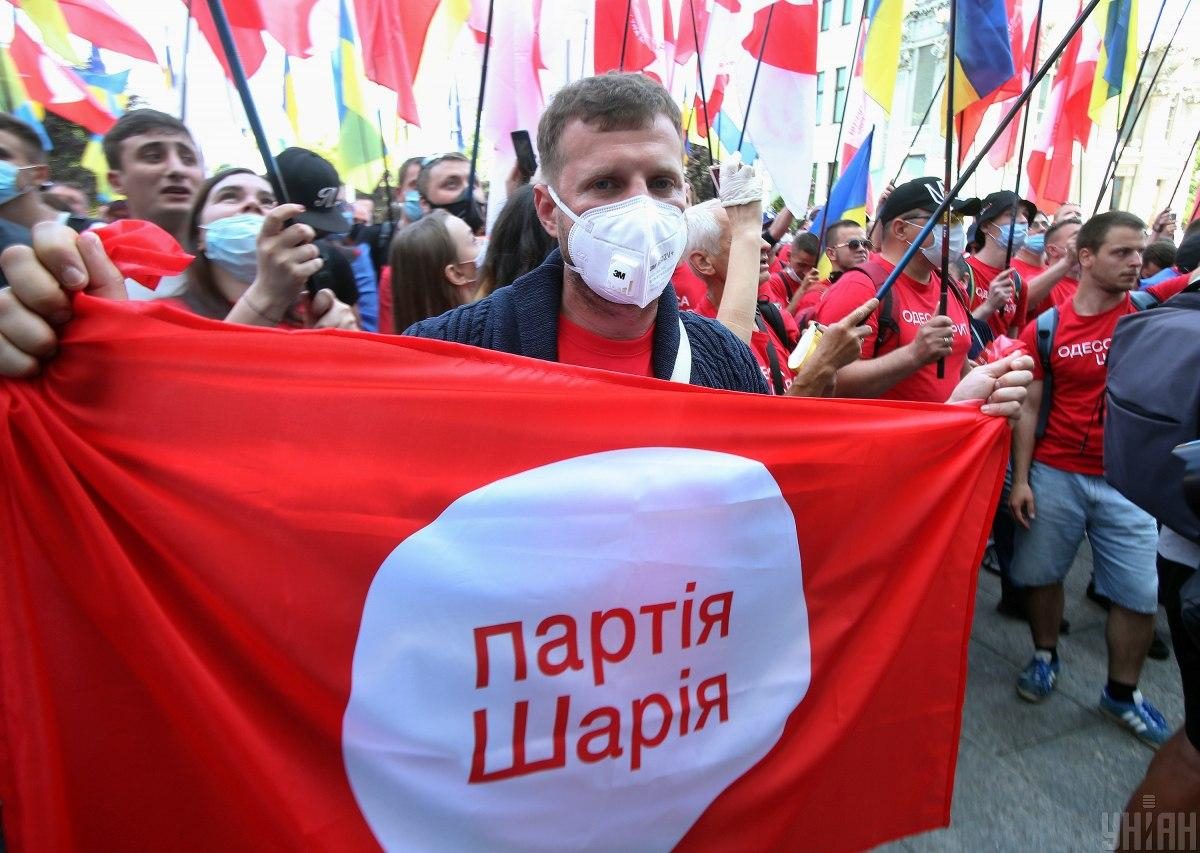 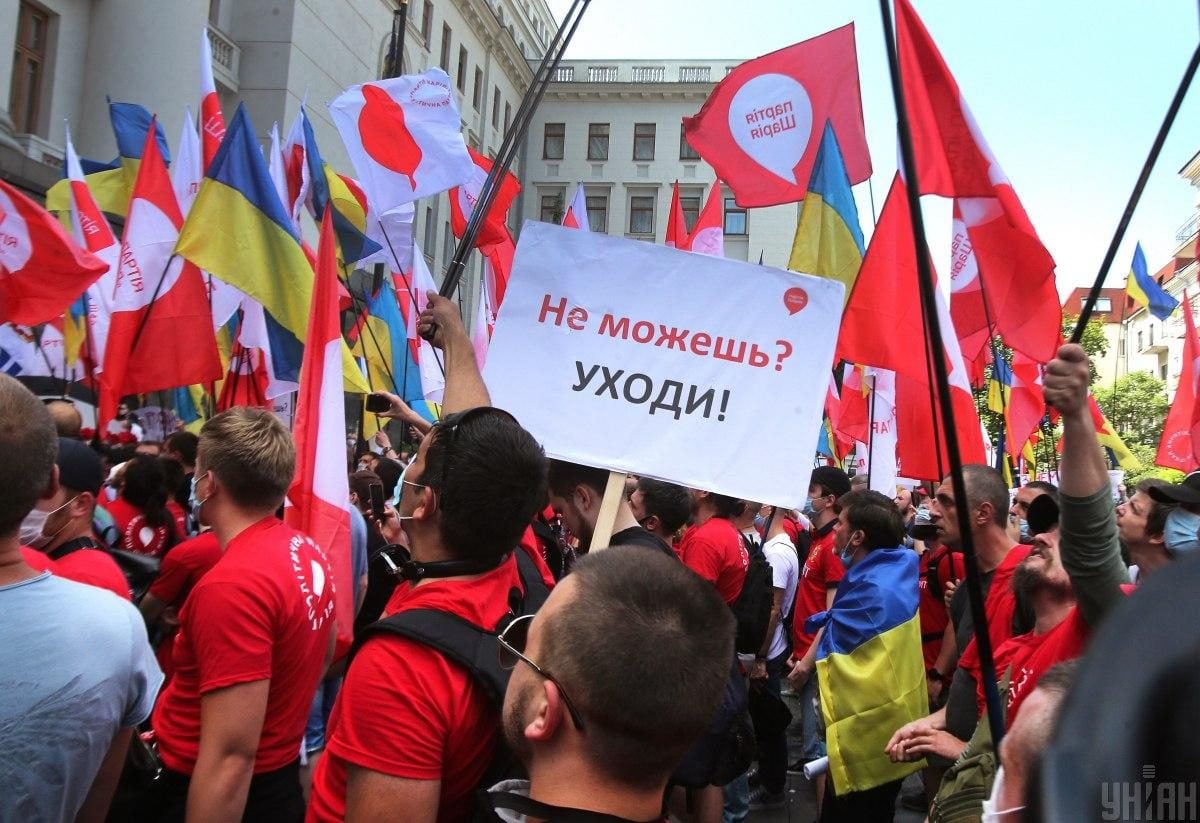 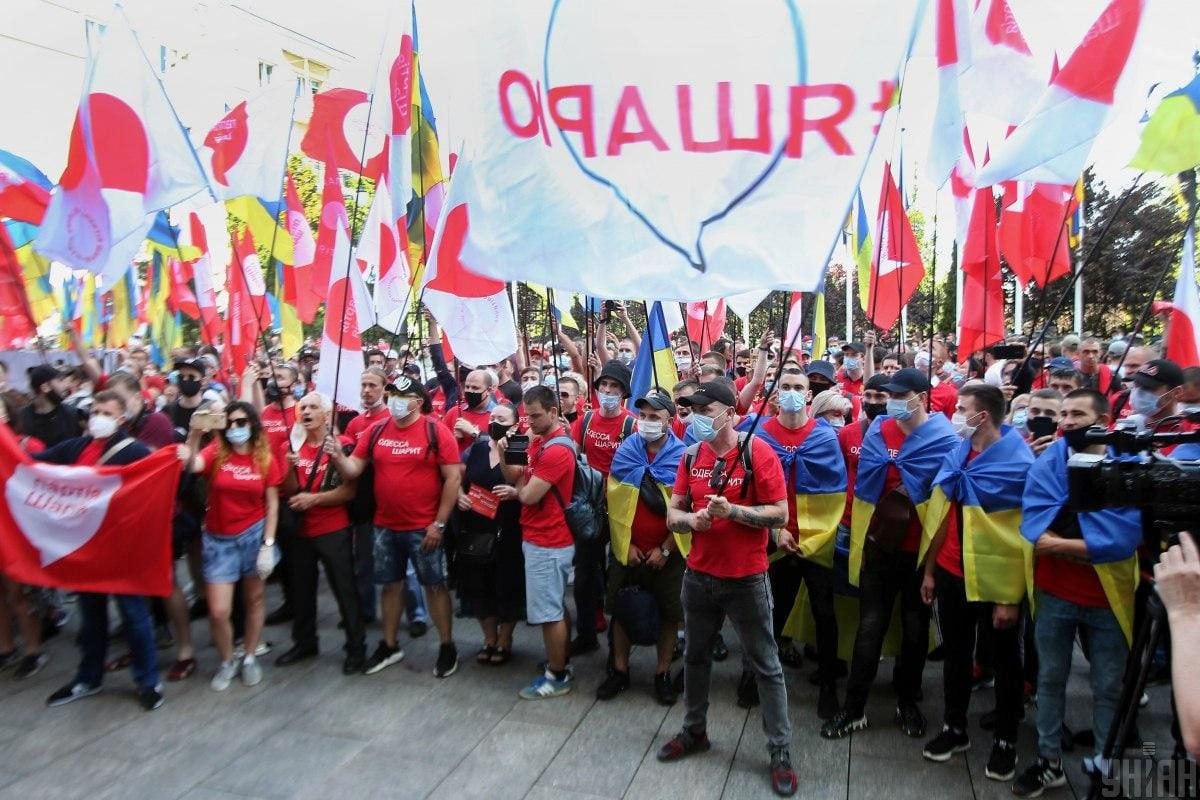 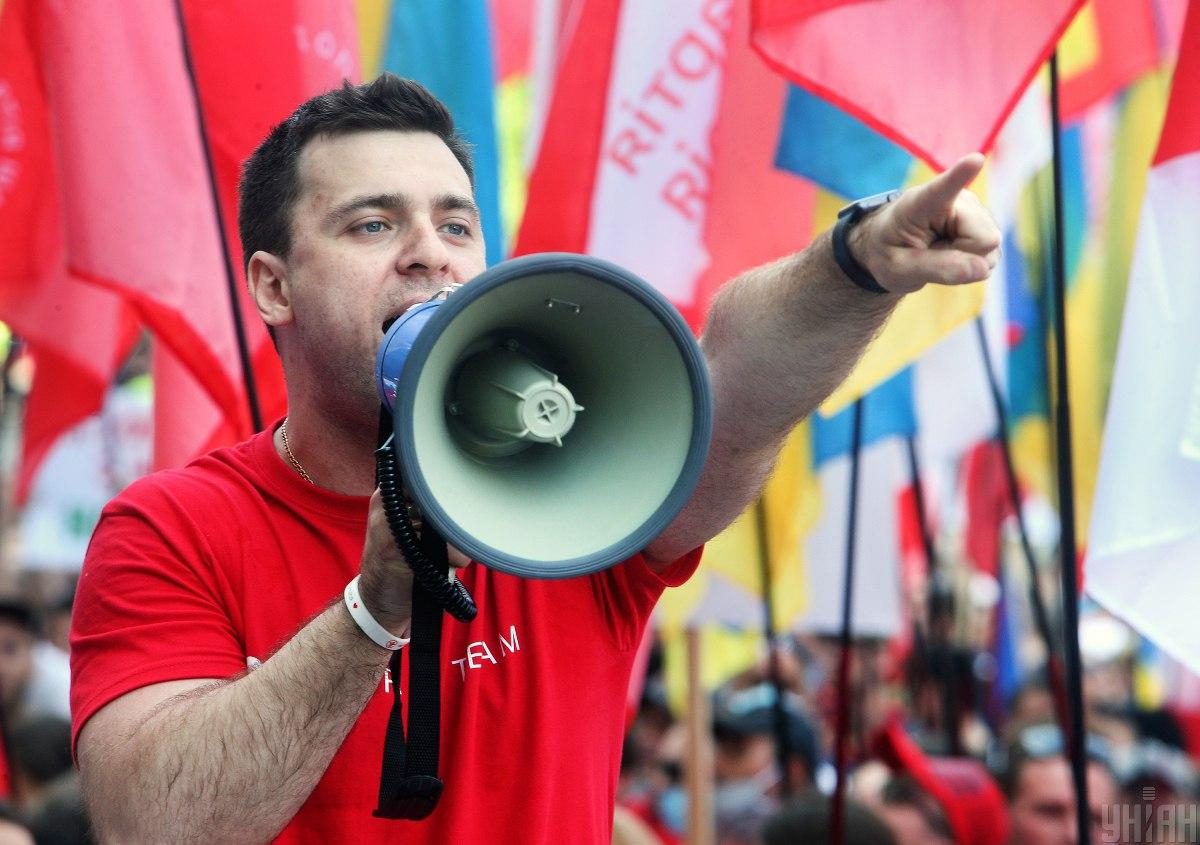 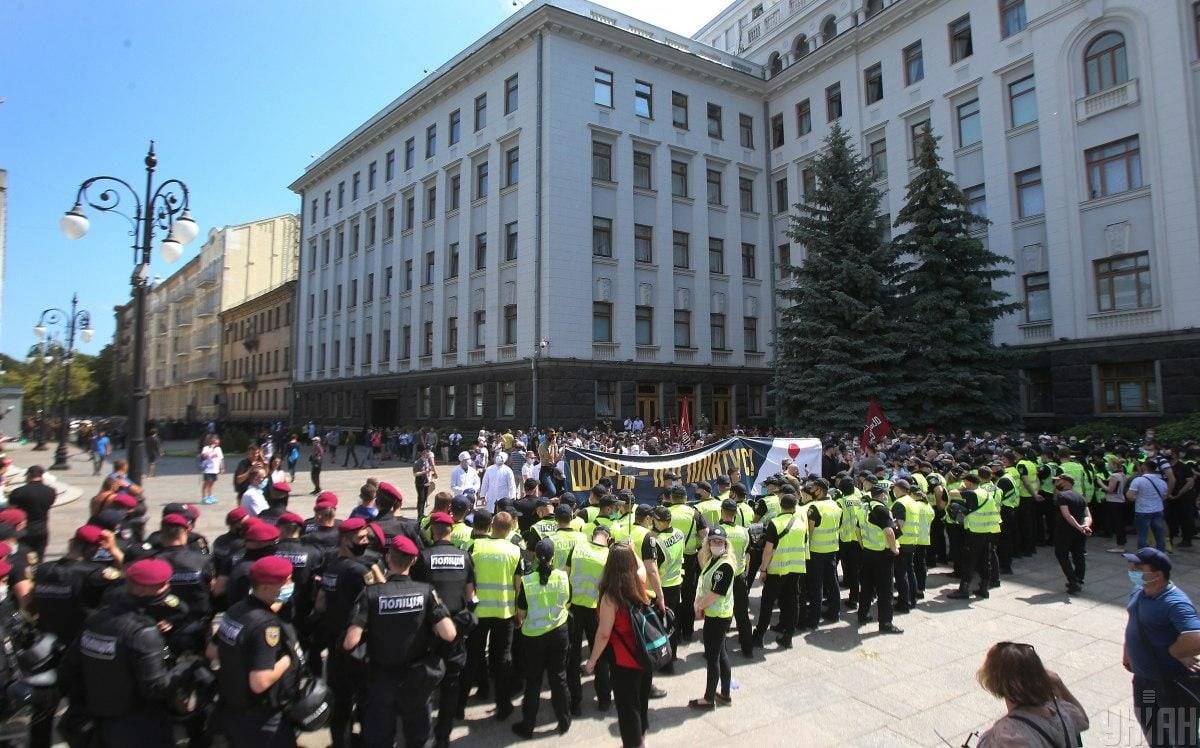 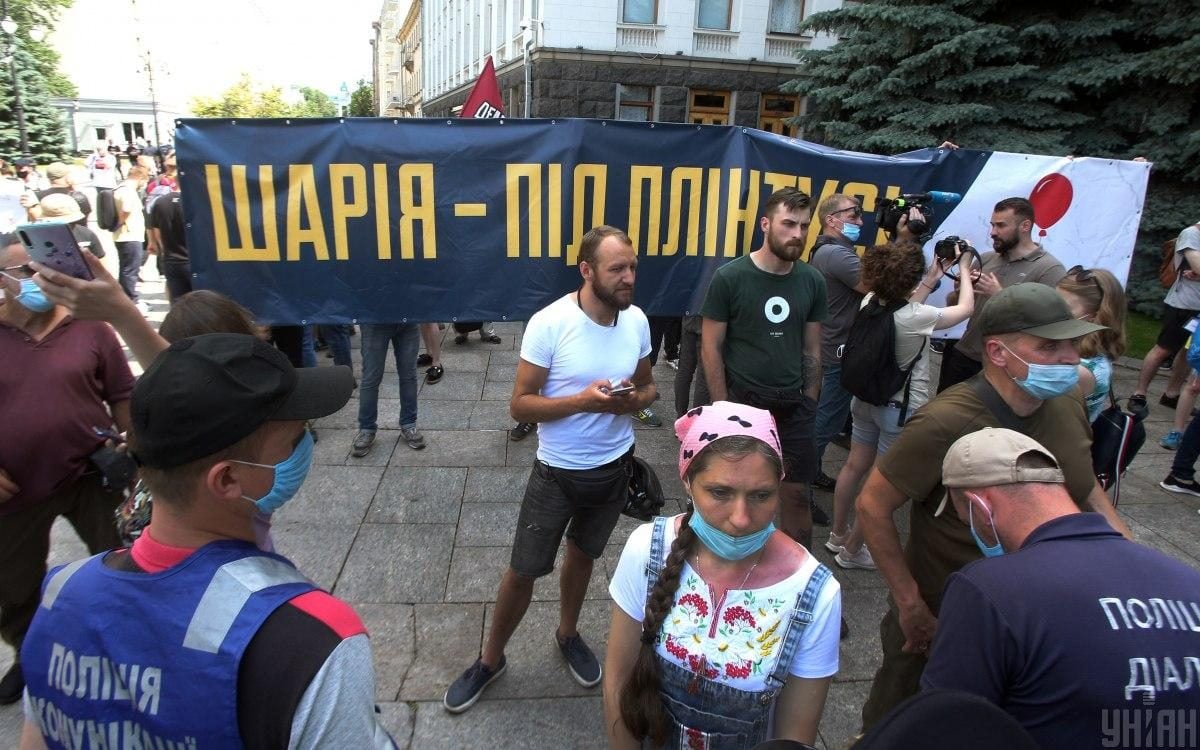 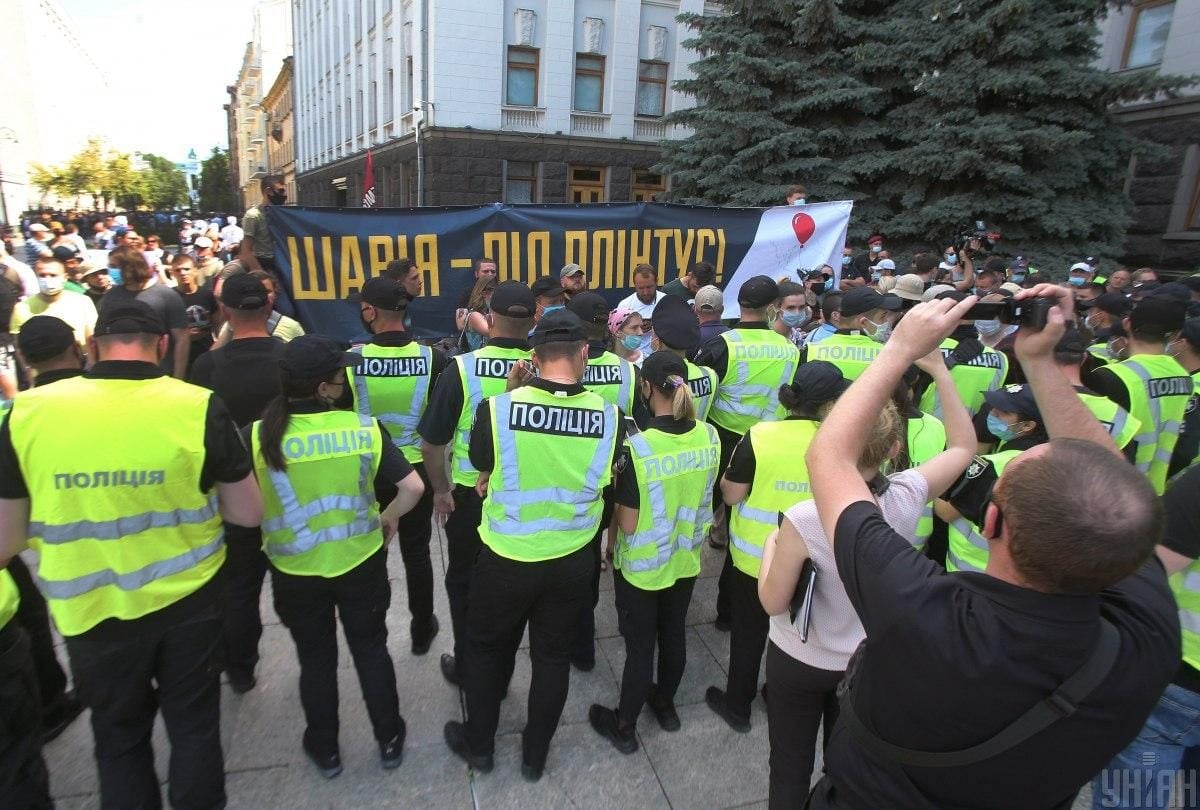 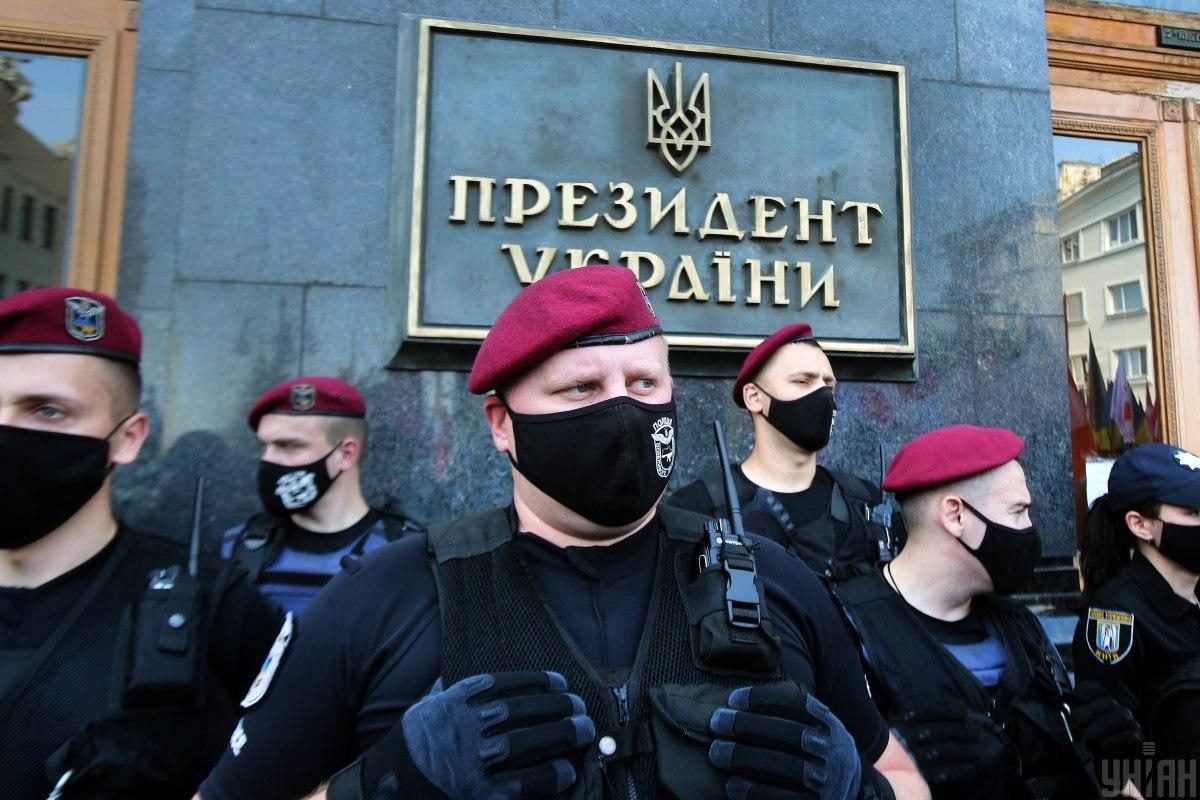