About 500 people took part in the event. 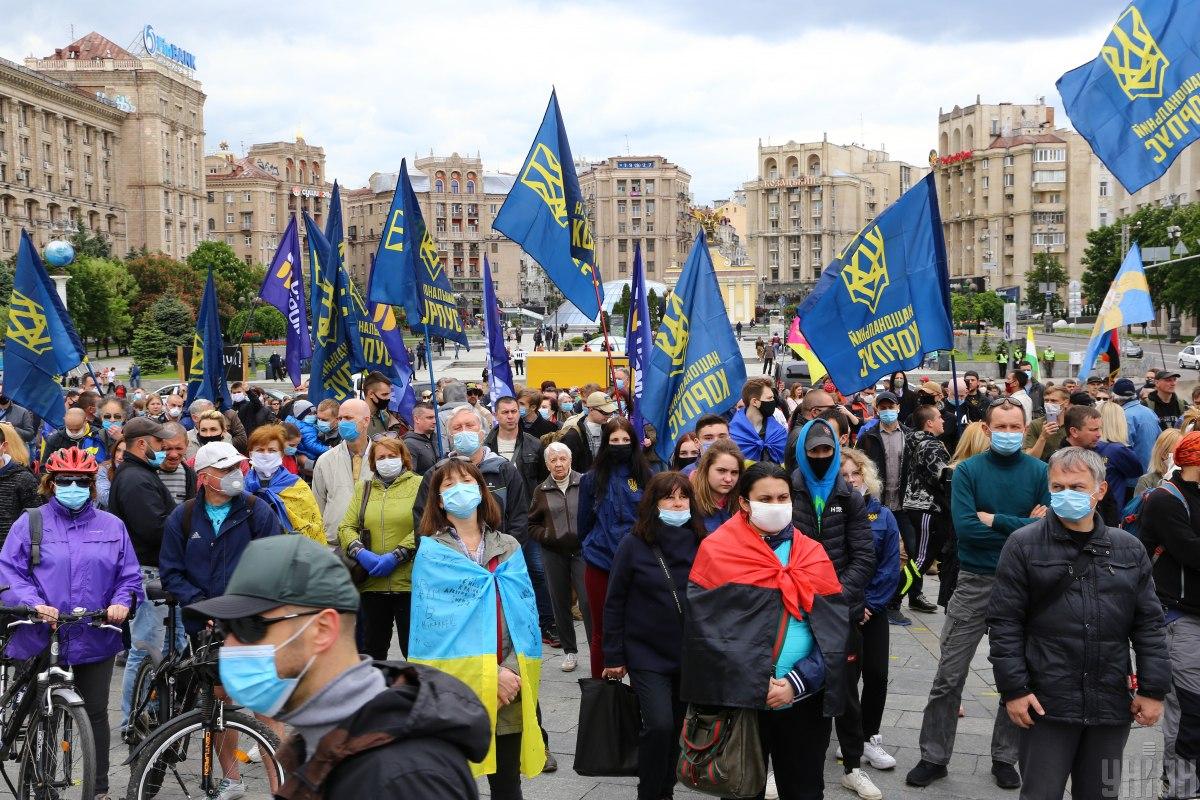 A rally dubbed "Ukraine will resist" was held in Kyiv on Sunday, May 24, as part of the No Surrender initiative; protesters demanded that Ukrainian President Volodymyr Zelensky "stop the policy of surrender to Russia."

Participants in the event were holding national flags, however, one could see the flags of such parties and public organizations as the National Corps, Demokratychna Sokyra ("Democratic Axe"), Prava Sprava (the "Right Thing"), and there were several red and black flags, according to an UNIAN correspondent.

Ending the policy of surrender to Russia was one of the main demands of the rally.

"Negotiations with Moscow could only concern the issues that the invader should leave the occupied territories as soon as possible without any conditions and compensate for the damage done to Ukraine," they emphasized.

"[Viktor] Medvedchuk, [Andriy] Portnov, and other traitors rather than Ukrainian patriots should be in prison," they said.

In addition, protesters demanded that the Ukrainian language should not be undervalued and the language law should be observed. They urged the president to continue the decommunization policy rather than "bring Russian and Soviet symbols back to life."

Other requirements included calls to "stop sabotage of Euro-Atlantic integration and resume Ukraine's rapprochement with NATO and the EU; remove oligarchs from government; immediately dismiss Andriy Yermak from the post of the head of the Presidential Office and other "senior collaborators and corrupt officials."

They also demanded that relatives, people who previously worked on Zelensky's comedy program 'Studio Kvartal 95,' and ex-president Viktor Yanukovych's "minions" should not be appointed to high government posts.

"All appointments should be the result of honest, transparent competitions, explicit Russia advocates should be expelled from the Servant of the People parliamentary faction," says the list of the protesters' demands.

In addition, they called on Zelensky to "end the creeping usurpation of power and systematic violations of the Constitution."

The people who gathered on Kyiv's Maidan Nezalezhnosti (Independence Square) said that "Zelensky was confidently moving along the path of surrender, lies and betrayal. He stubbornly follows the path of Yanukovych. This guarantees him the inglorious and early termination of powers."

The rally was organized by the Resistance to Surrender Movement, which called on Ukrainians to come to Kyiv's Independence Square and to local administrations in other district and regional centers on May 24 to express disagreement with President of Ukraine Volodymyr Zelensky's policy.

About 500 people took part in the event. 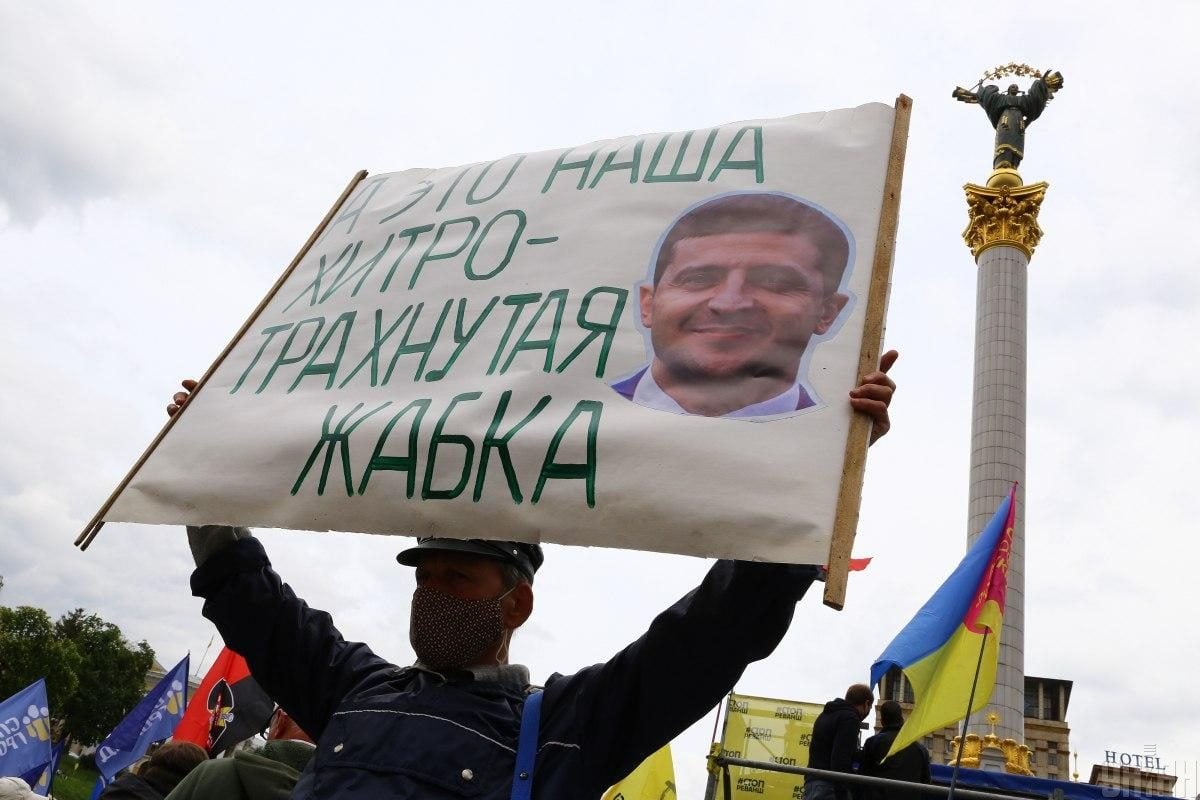 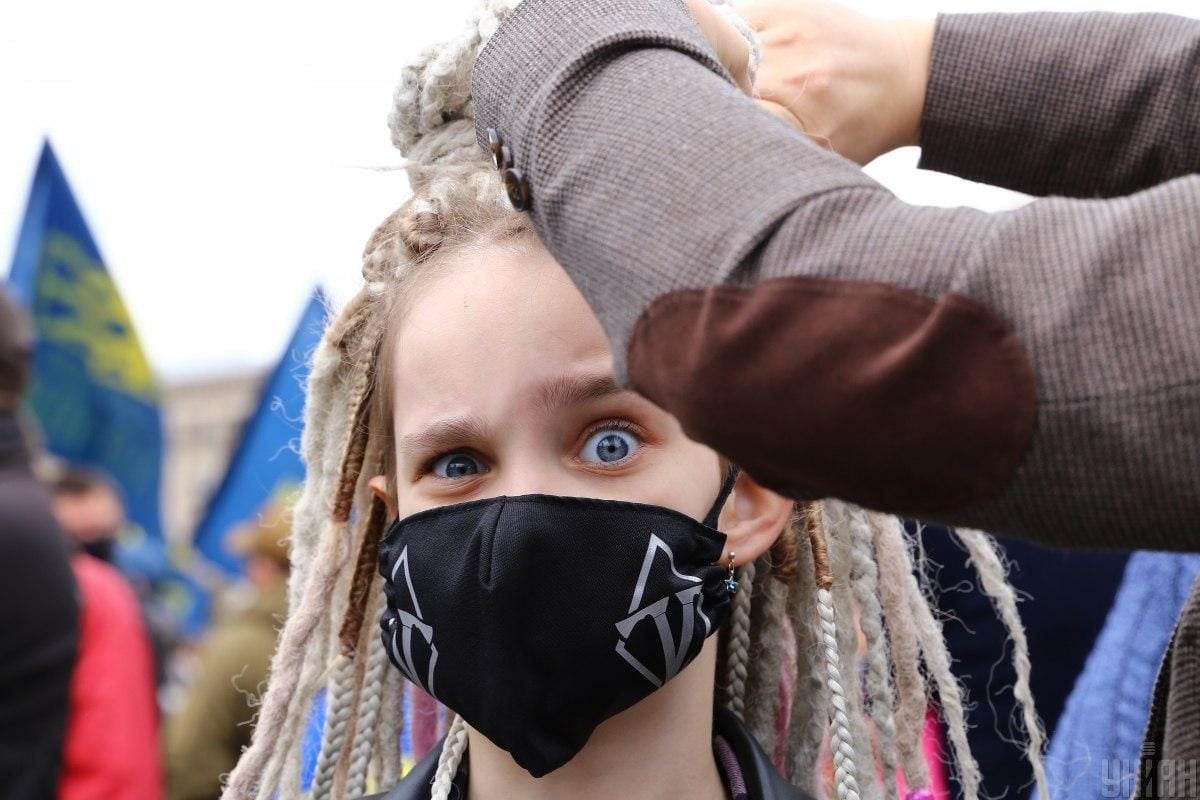 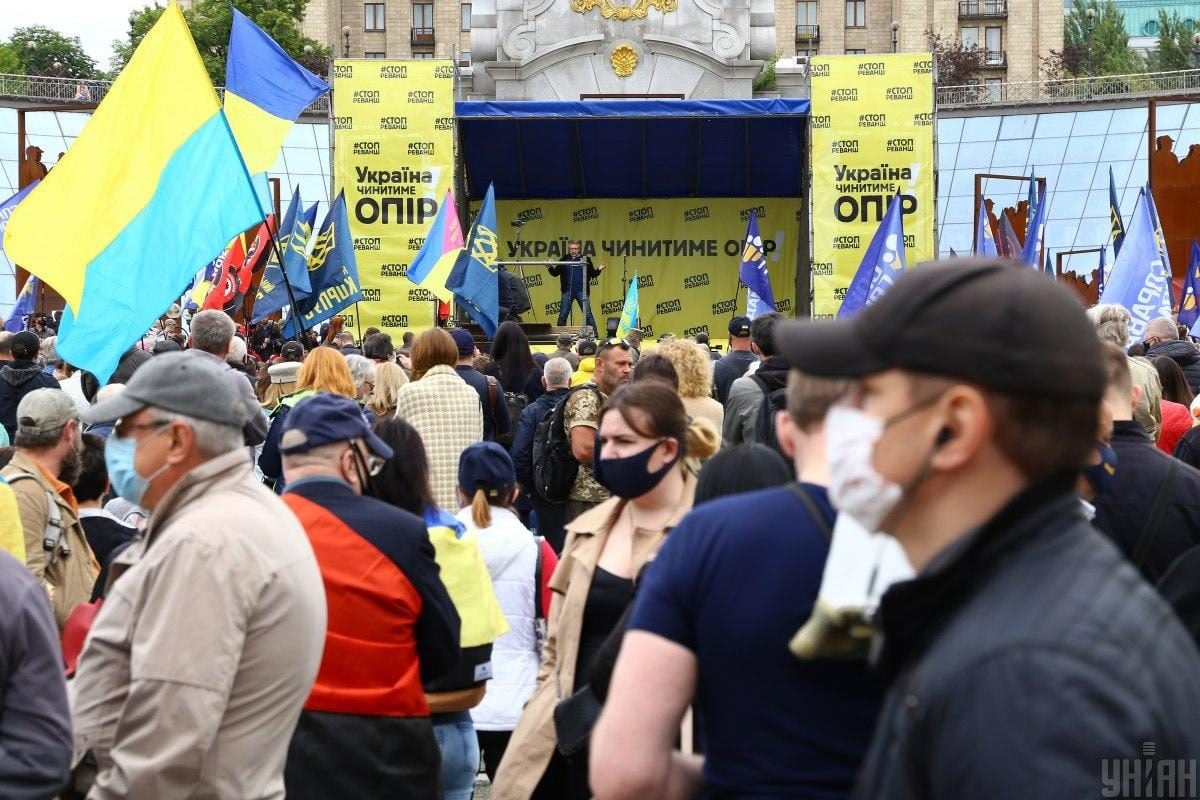 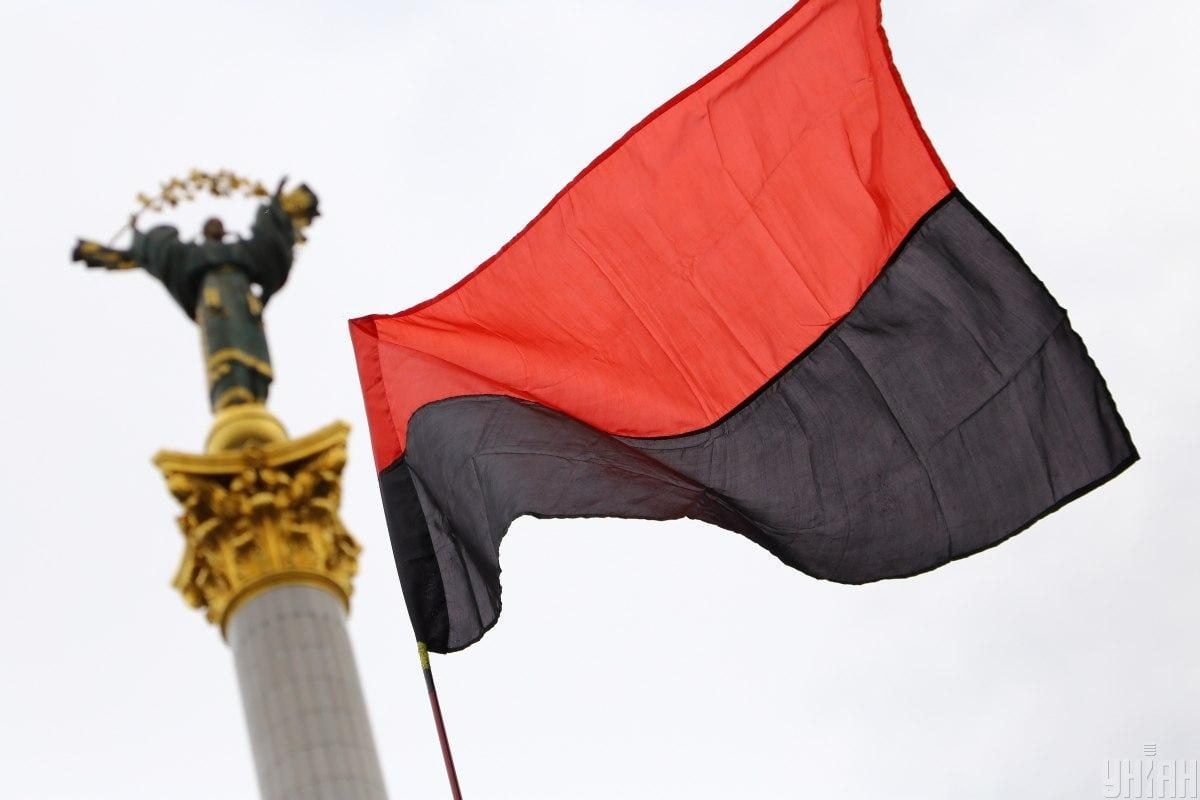 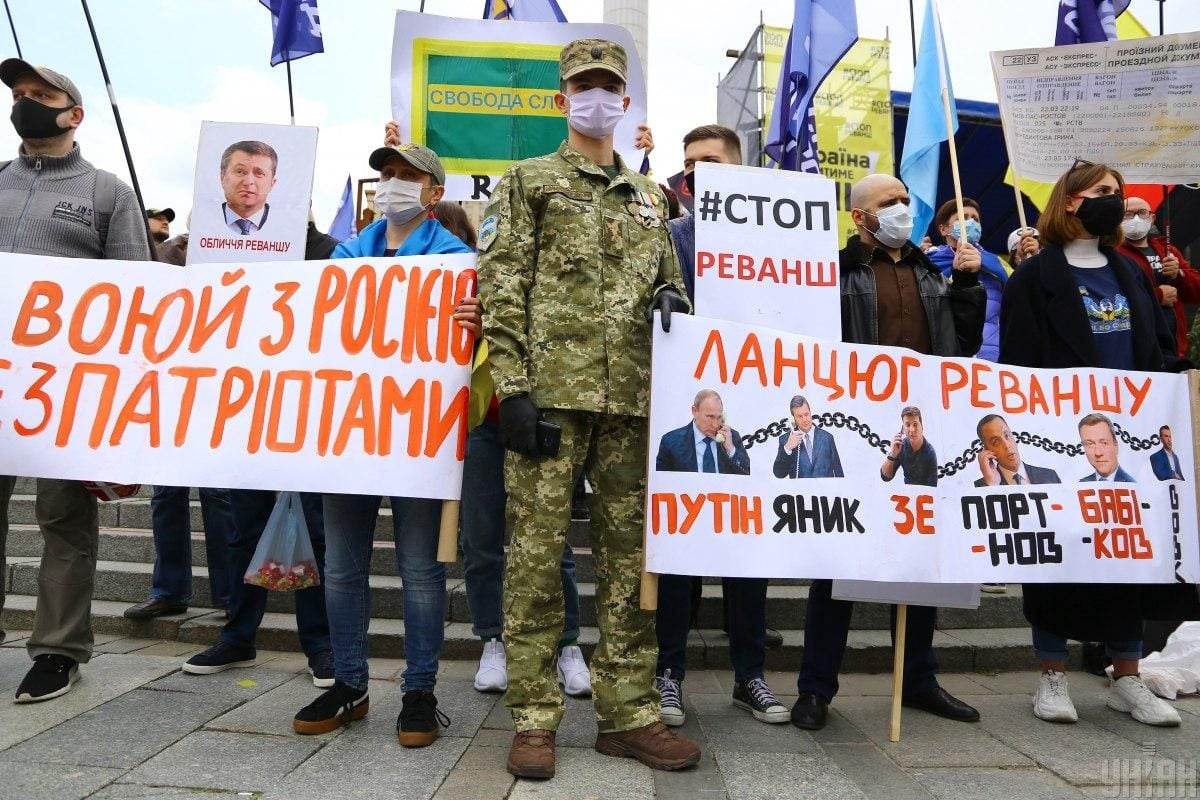 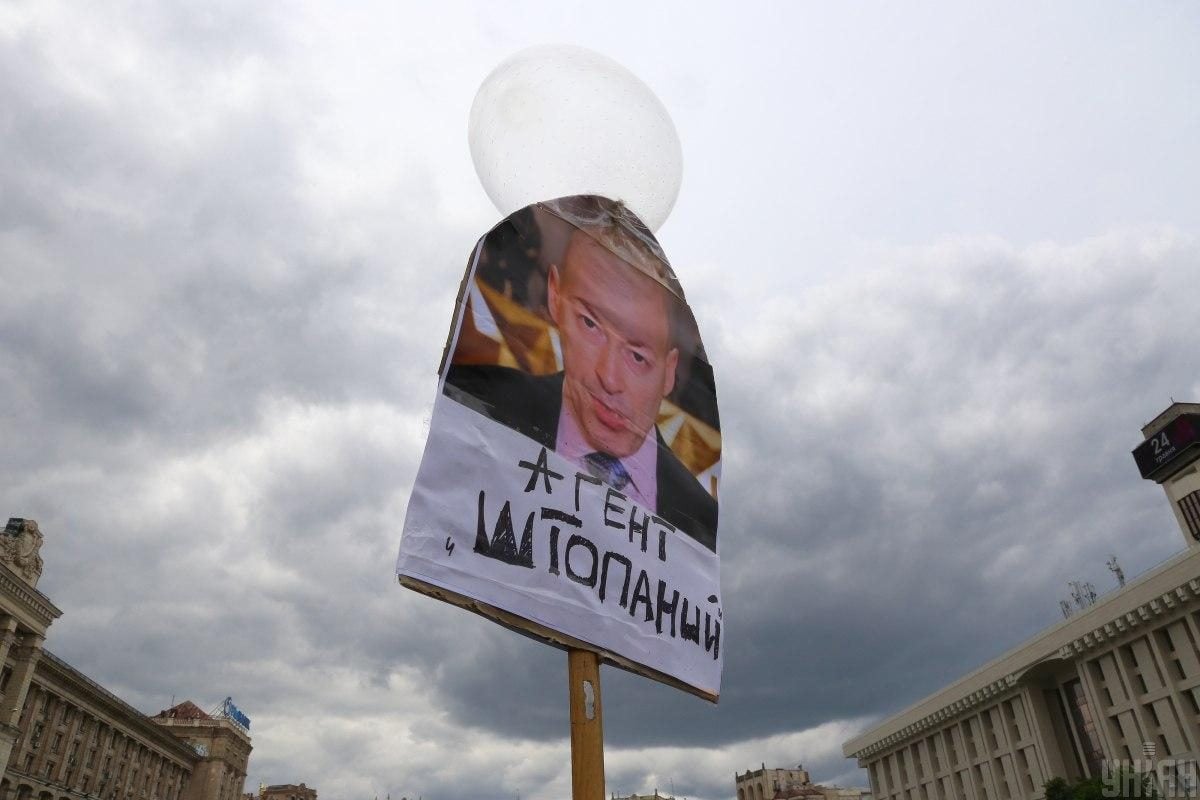 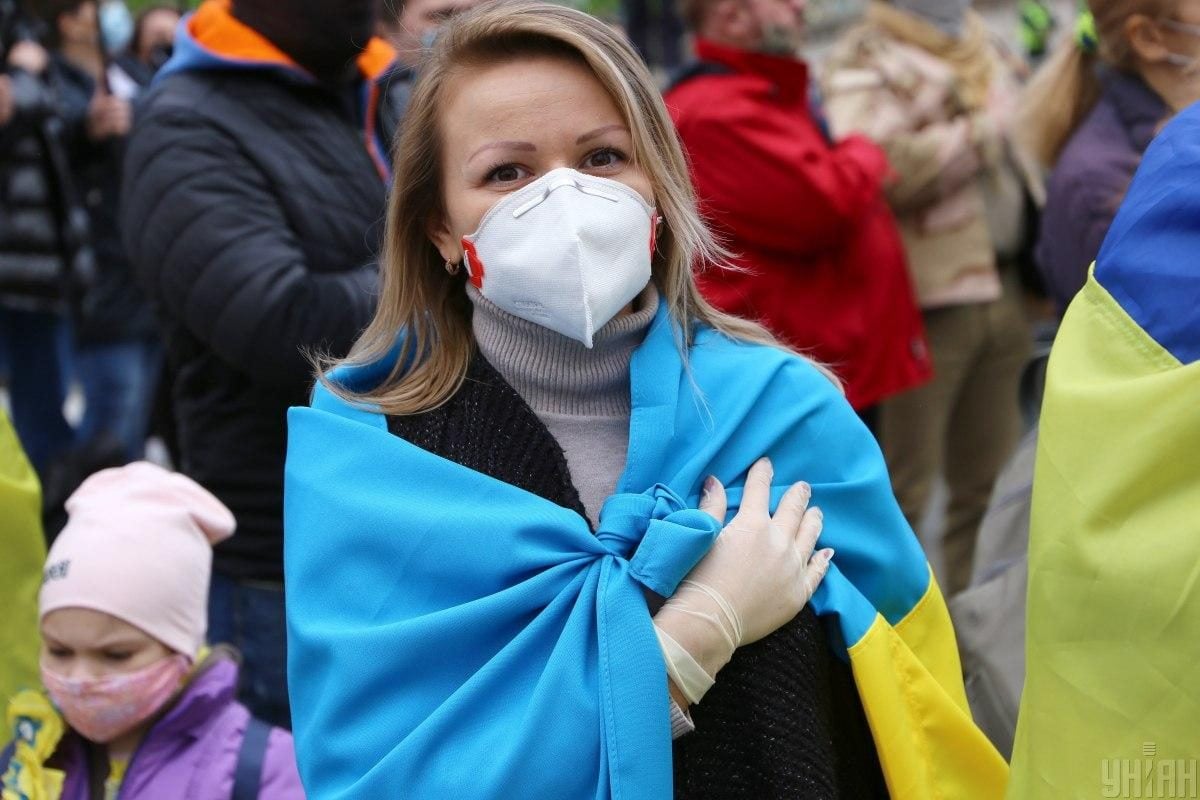 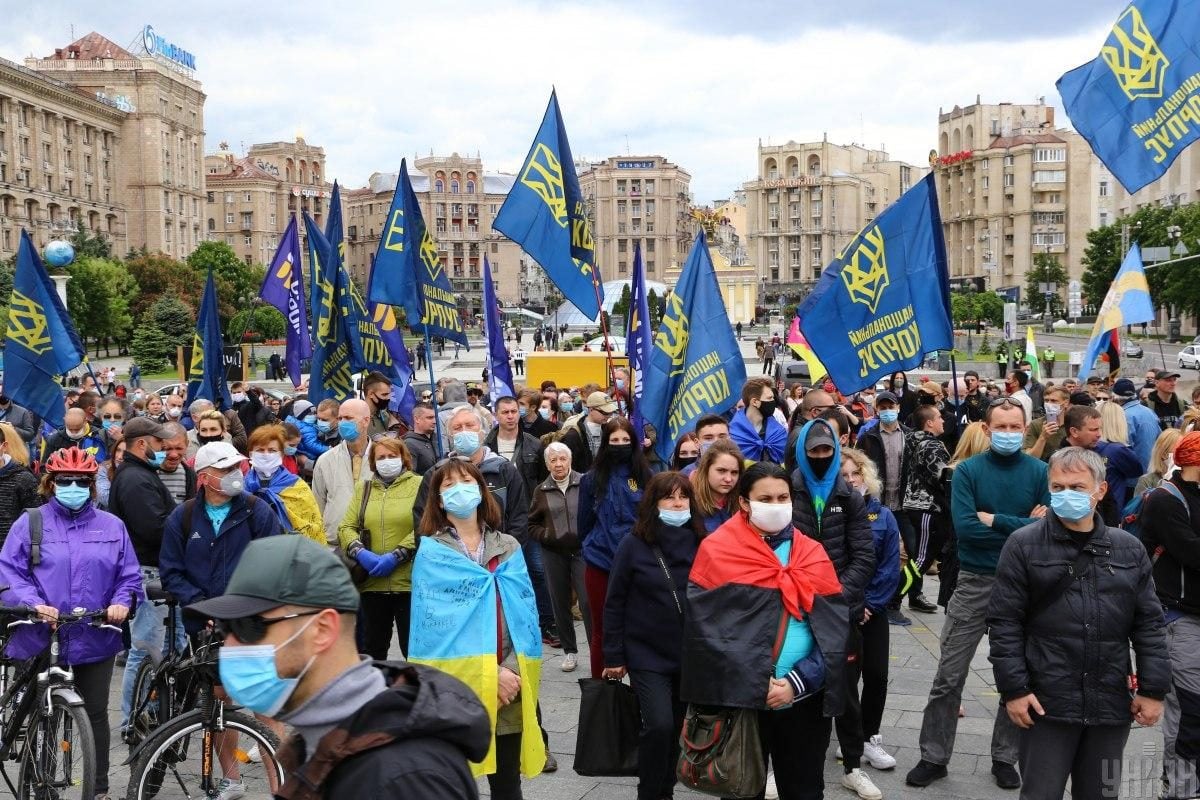 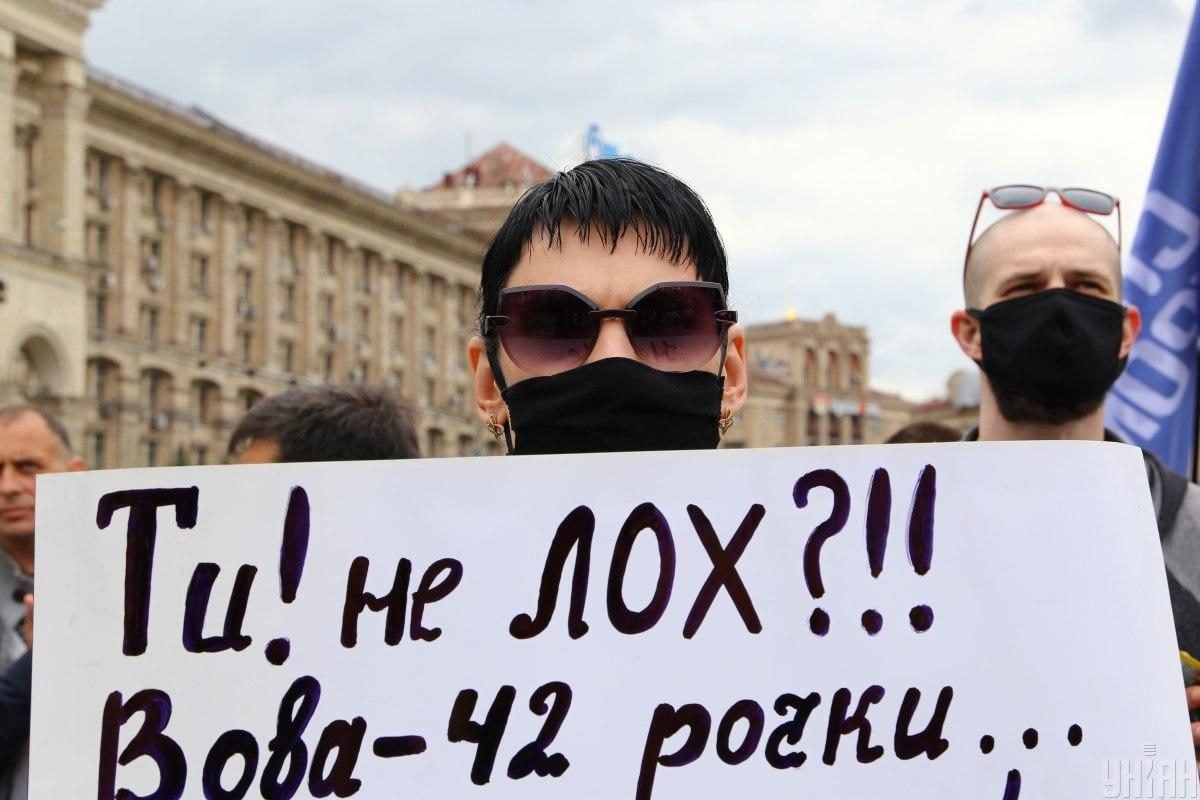 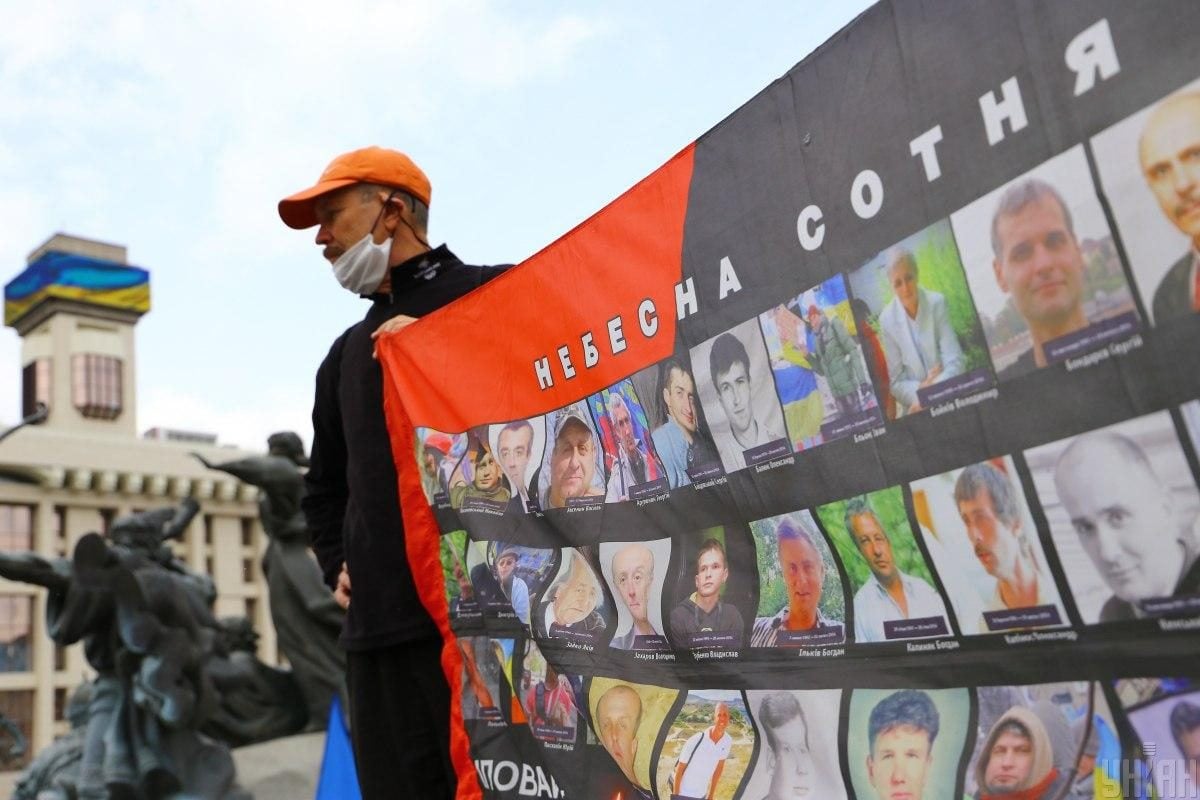