The camera recorded over 1,000 traffic violations on the first day of operation. 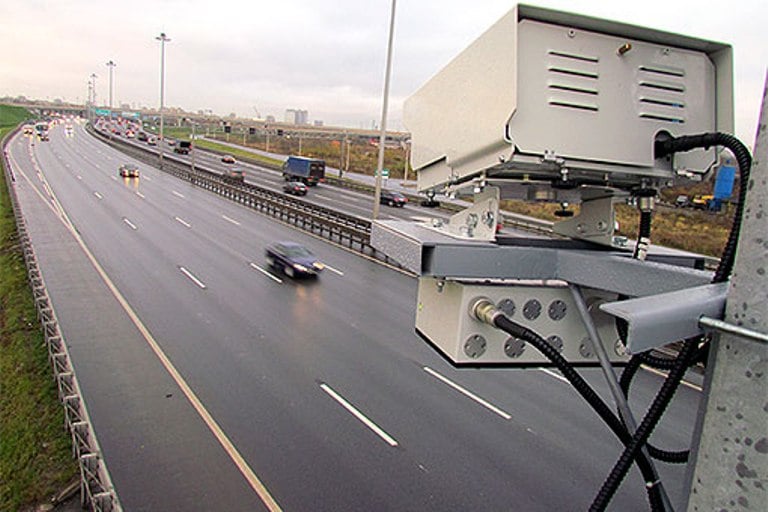 The first traffic camera that registers violations of public transport lane rules has been installed the Ukrainian capital city of Kyiv.

The camera is still running in test mode, so no drivers will actually be fined so far, ShtrafyUa wrote on Facebook on December 7.

However, after a certain period, the system will be officially launched and car owners will be fined for traffic violations.

Read alsoDeadly road accident on Kyiv's Maidan: Two dead, three injured (Photos, video)Noteworthy, the camera recorded over 1,000 such violations on the first day of its operation.

The first traffic enforcement cameras started operating at 00:01 on June 1. The equipment was installed in the capital city of Kyiv and on Kyiv region's highways, exclusively in places where the number of traffic accidents with serious consequences is the highest.

Exceeding the established speed limits by more than 20 kmh is considered to be a violation.

Law enforcers report a significant decrease in the accident rate at the sites where cameras are installed. In particular, the number of cases of speeding in such areas has reduced by 83.3% over 100 days.

Patrol officers issued 833,949 speeding tickets 100 days into the system's launch. Drivers voluntarily paid fines in 645,526 cases, which accounted for 77% of such tickets.

Read alsoSpeed monitoring: Almost 70 foreigners get traffic tickets in Ukraine since Nov 19The failure to pay a fine within 30 days entails a ban on the violator's entry into Ukraine.

If the owner is a Ukrainian national, the refusal to pay the fine would entail consequences in line with the general procedure: the State Executive Service will eventually collect the fine through the seizure of property or bank accounts.

If you see a spelling error on our site, select it and press Ctrl+Enter
Tags:trafficCCTV