Law enforcers had spotted a suspicious box by one of retail kiosks. 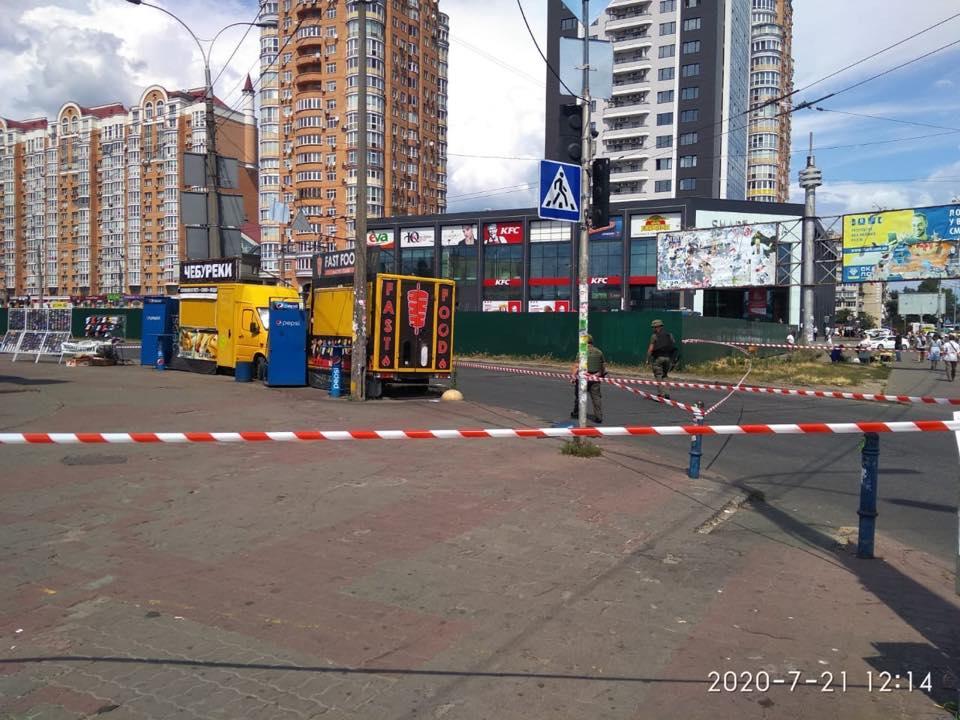 Kyiv Mayor Vitaliy Klitschko has said two improvised explosive devices have been disposed of outside the Minska metro station in Ukraine's capital.

"Bomb-disposal experts have just disposed of the two improvised explosive devices at the Minskiy market. At about 12:00 Kyiv time, an anonymous caller contacted the police 102 hotline and said two kiosks on wheels at 26 Obolonsky Avenue had been mined. The law enforcers and bomb-disposal experts deployed to verify the report and found hazardous objects. (...) The explosives planted between a car and the retail kiosks were neutralized," Klitschko said.

Kyiv PD has confirmed the report on the bomb disposal effort.

The shrapnel has been sent for forensic examination. Law enforcers are working on the scene, also checking the surrounding area.