People are outraged by the pace of urban construction in Irpin amid mounting infrastructure issues.

The M07 highway (Kyiv - Kovel - Yahodyn) has been blocked by a group of activists in the town of Bucha just outside the capital city of Kyiv in an effort to highlight their demands to curb further construction of more apartment blocks in the nearby town of Irpin, one of Kyiv's satellites.

Law enforcers so far refrain from interfering, the report says, adding that traffic jams are building up on the site and in the adjacent streets, as seen on Google Maps. 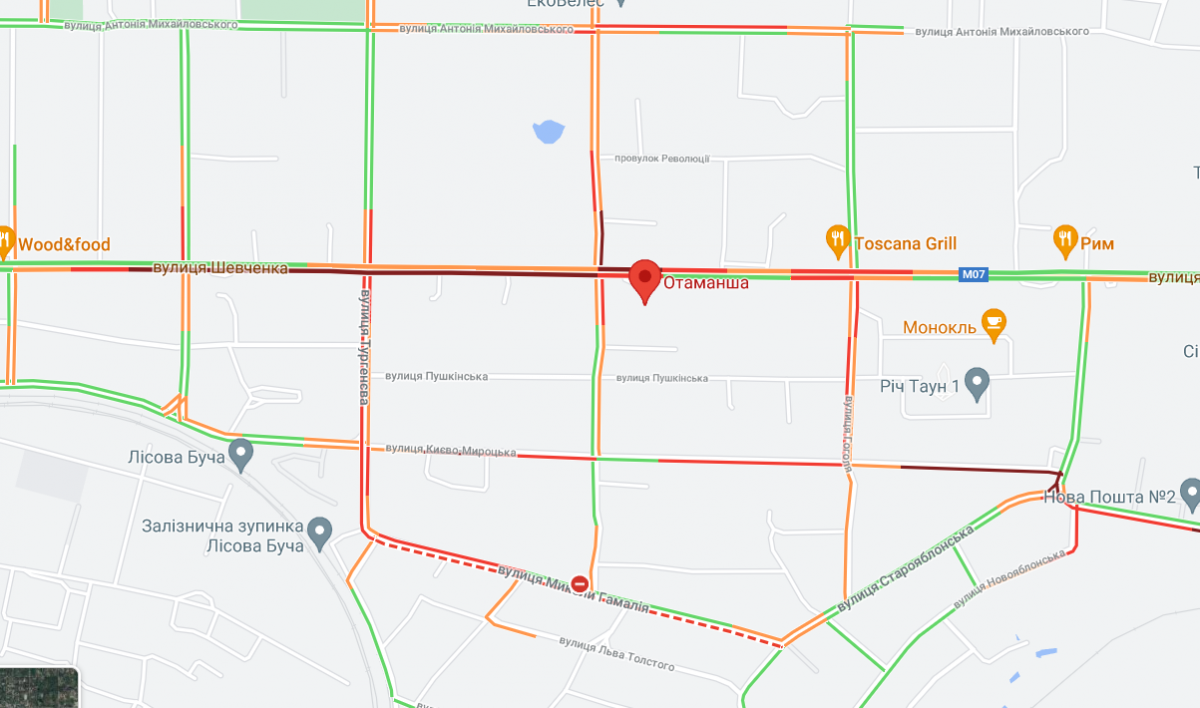 The main reasons behind the protest action were announced the day before. Activists are outraged by the massive pace of real estate construction in Irpin, which they claim has caused

Protesters claim they want to raise awareness across Ukraine of the Irpin's "feudal lords."