Weather services predict up to 15-20 cm of snow throughout the day. 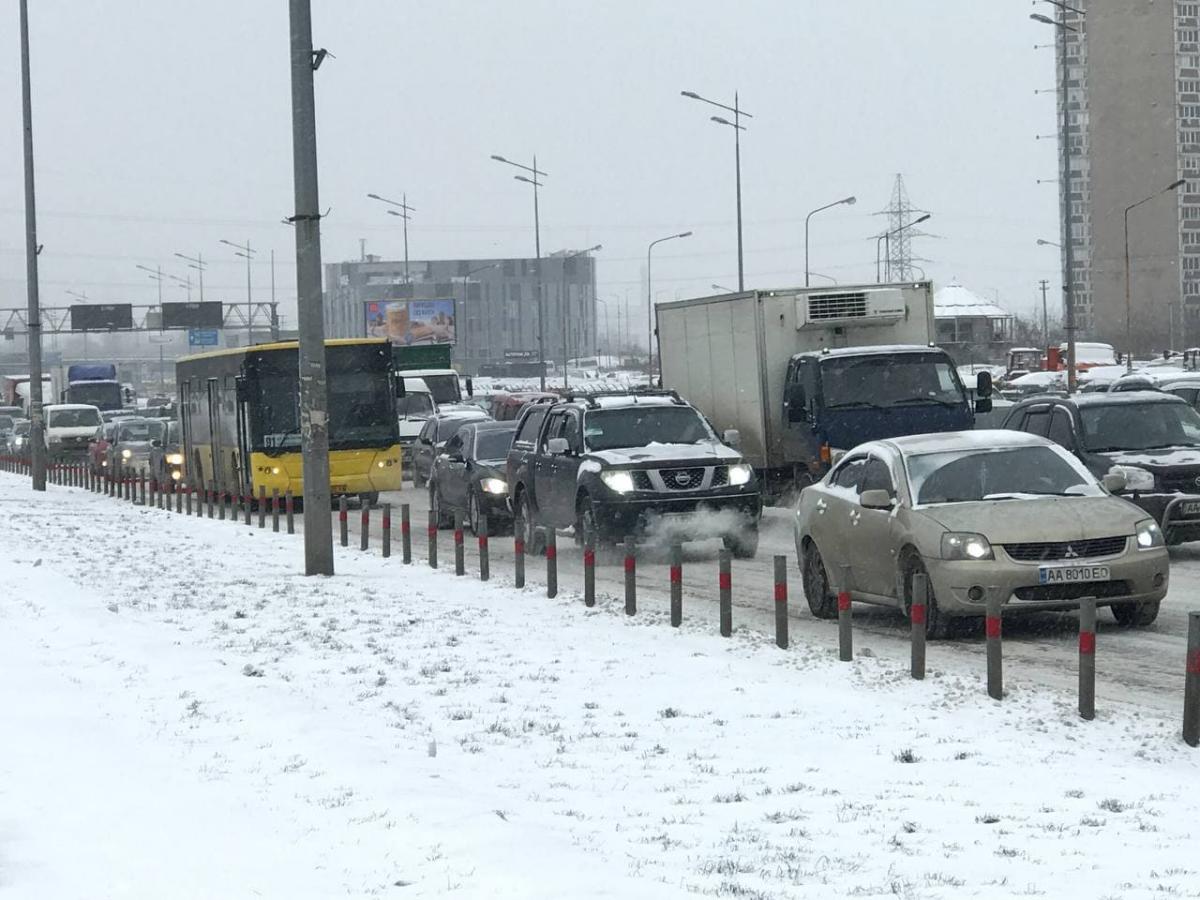 Kyiv districts on both right and left banks of the Dnipro River have been affected, according to Google Maps. 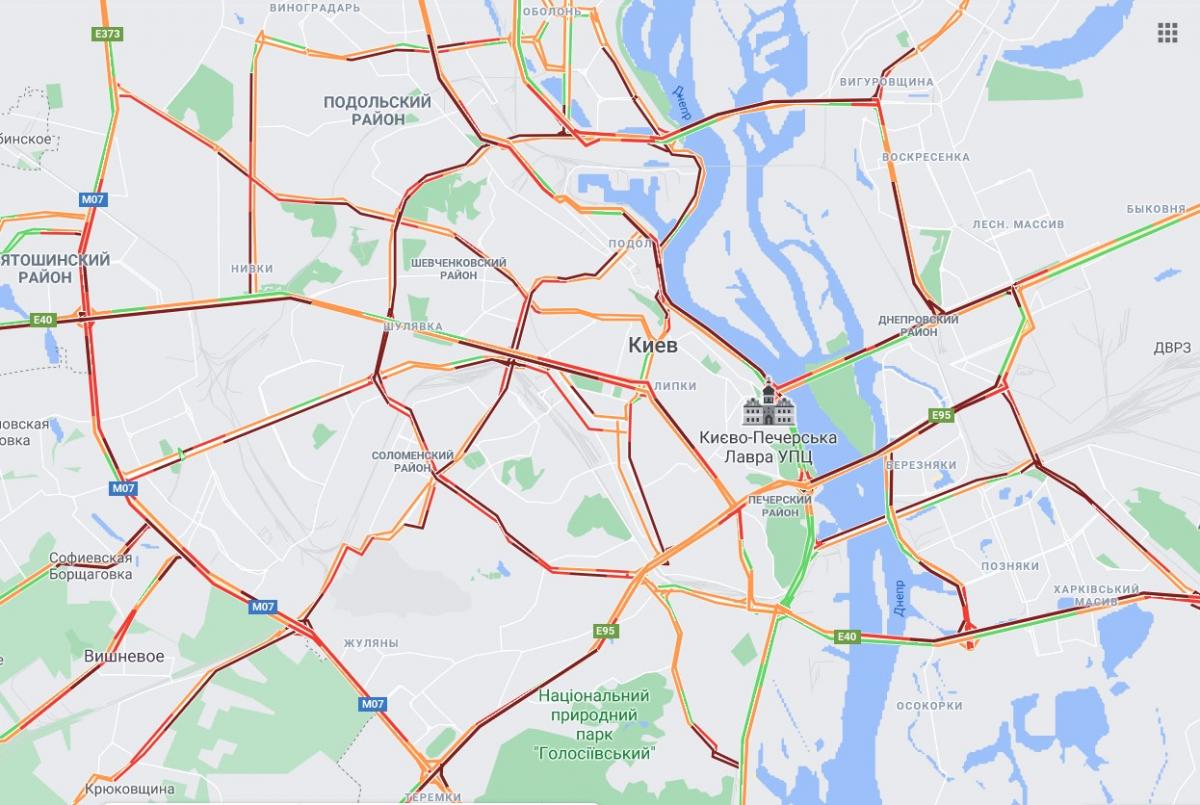 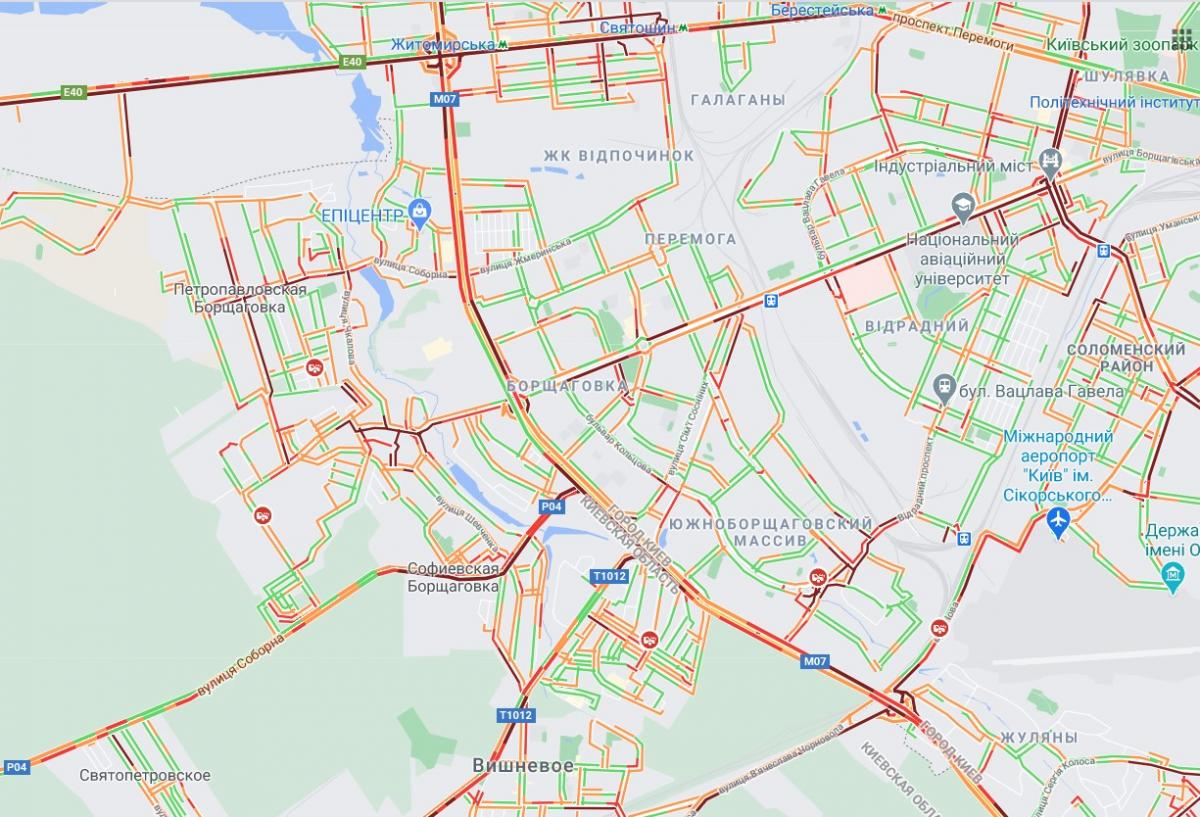 Commuters trying to get to Kyiv on public transport and by car are also facing delays. There are traffic jams at almost all highways leading to the city: from the towns of Bucha, Brovary, and Boryspil, as well as the village of Sofiivska Borshchahivka.

There are also significant traffic jams on the city's part on the Dnipro River's left bank, namely along Darnytske and Kharkivske Highways, Sobornosti Avenue, Mykoly Bazhana Avenue, and Brovarsky Avenue. 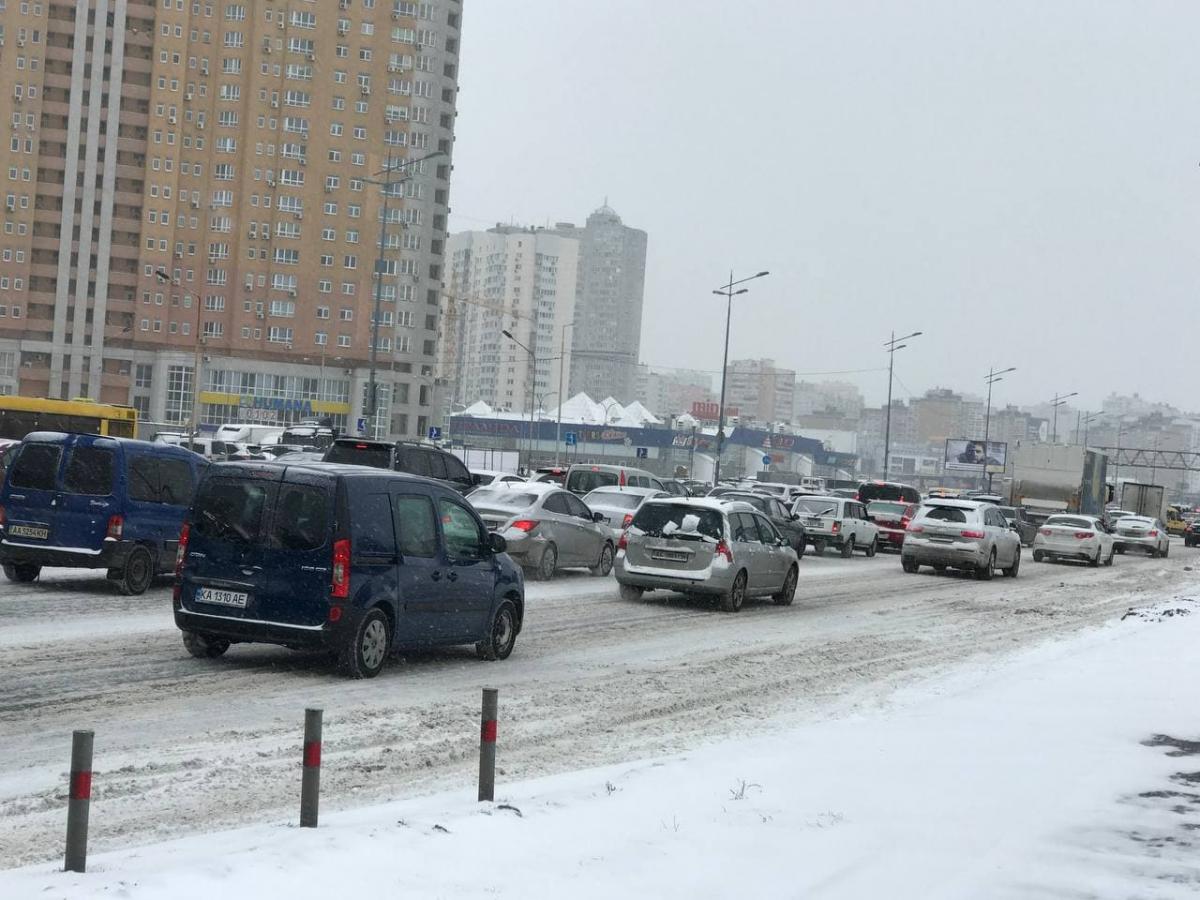 Traffic across capital's bridges toward downtown area is paralyzed as well, in particular along the Paton Bridge, the North Bridge, the Rusanivsky Bridge, the South Bridge, and the Metro Bridge.

Weather forecasters predict an increase in snow to 15-20 cm. Wind gusts of 15-20 meters per second and icy roads are expected. Daytime air temperature may go down as low as -7°C, or even -10°C, according to the Kyiv City State Administration.

Heavy trucks have been banned from the city until further notice.