Russian soldiers ordered to go to Luhansk ‘as volunteers’ 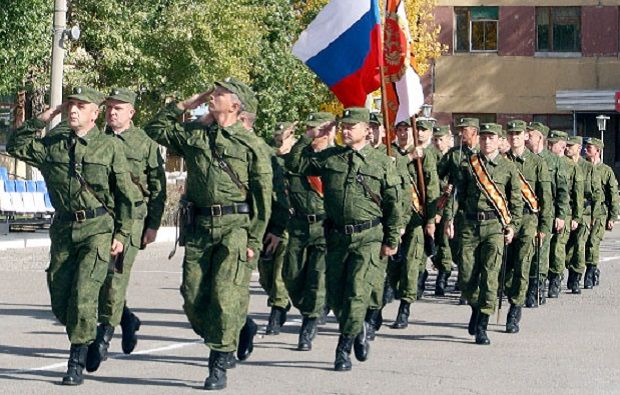 Financial Times journalist Courtney Weaver said she was told about an “order to volunteer” being given to Russian troops when she talked to a group of Russian servicemen in a café in Luhansk.

"Of course, we are volunteers, no one sent us here,” one Russian soldier told Weaver, before continuing in a more serious tone: “We were ordered: who wants to go as a volunteer? And we all raised our hands like this,” – then the soldier demonstrated being forced to raise his hand.

The Russian troops stood out from the local militants because they were all wearing the same type of uniform and did not carry their weapons around with them all the time, as the militants do, Weaver reported.

Weaver said the Russian troops told her they had already been in the city for one month (arriving after the ceasefire was declared on September 5), and were engaged in training the local population.

Russia was required to withdraw all of its regular troops from Ukraine under the September 5 Minsk Protocol on ending the conflict in the Donbas.